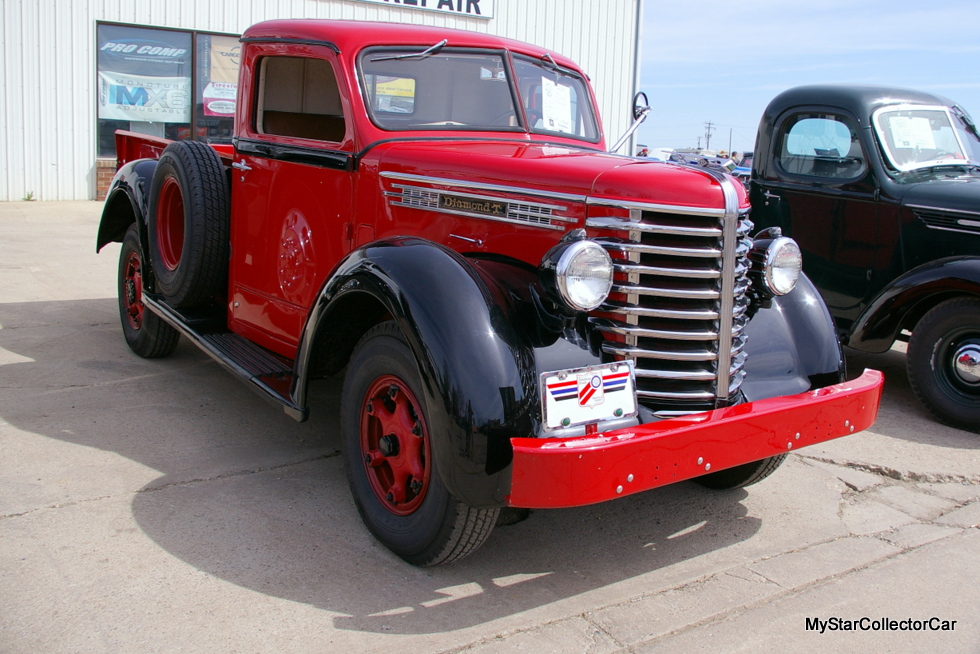 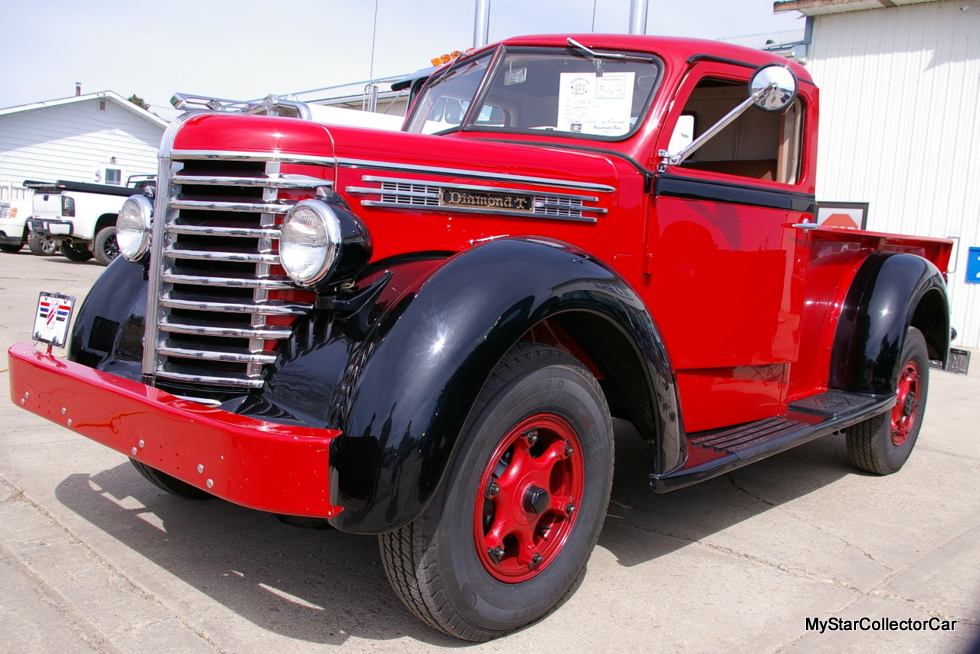 The Diamond T pickup truck was famous for its ability to handle hard work.

Few people likely know that Diamond T trucks were built by the son of a shoe manufacturer who decided to take a chance on automobile manufacturing in the early 1900s.

The T in Diamond T was short for Tilt because founder CA Tilt wanted to bounce off the success of his shoe magnate father during the early days of automobiles. 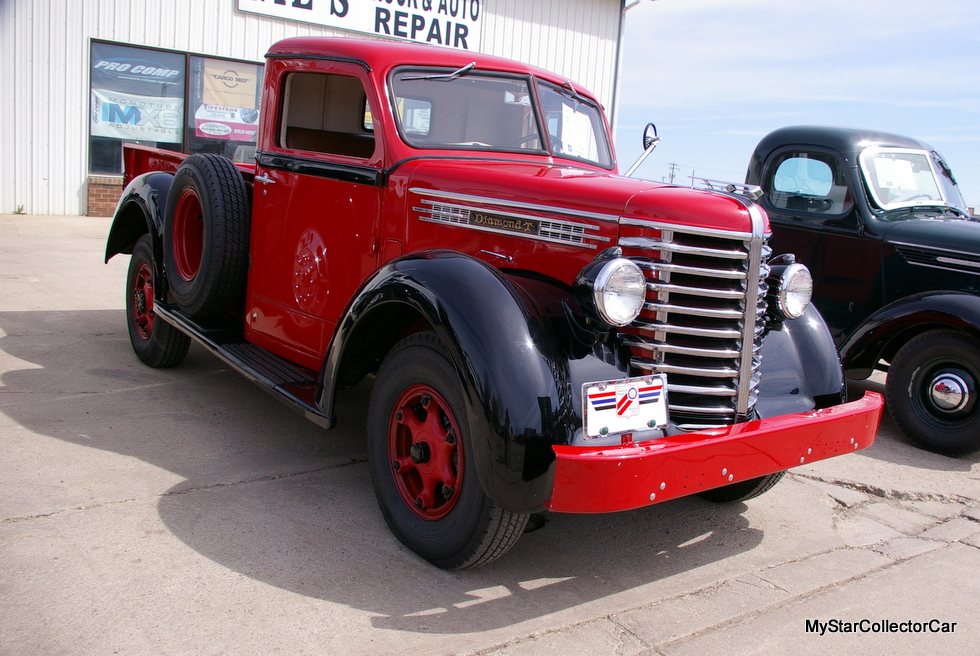 Tilt started with cars but owed his success to the Diamond T trucks which became a staple in Tilt’s manufacturing world. The larger Diamond T trucks were famous for their ability to handle the big loads and were built until 1967. 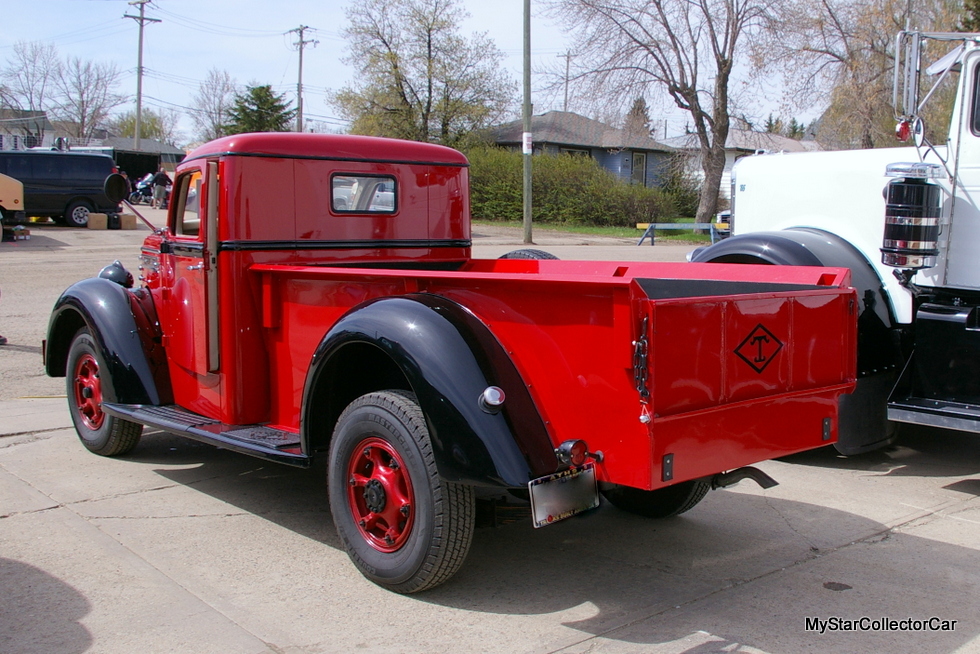 The Diamond T pickup versions were built between 1936 and the early 1950s after a later version of the famous light truck drew mixed reviews with the buying public. The pickup trucks still have a very loyal following because their owners and admirers have been able to keep the Diamond T legacy alive in 2018. 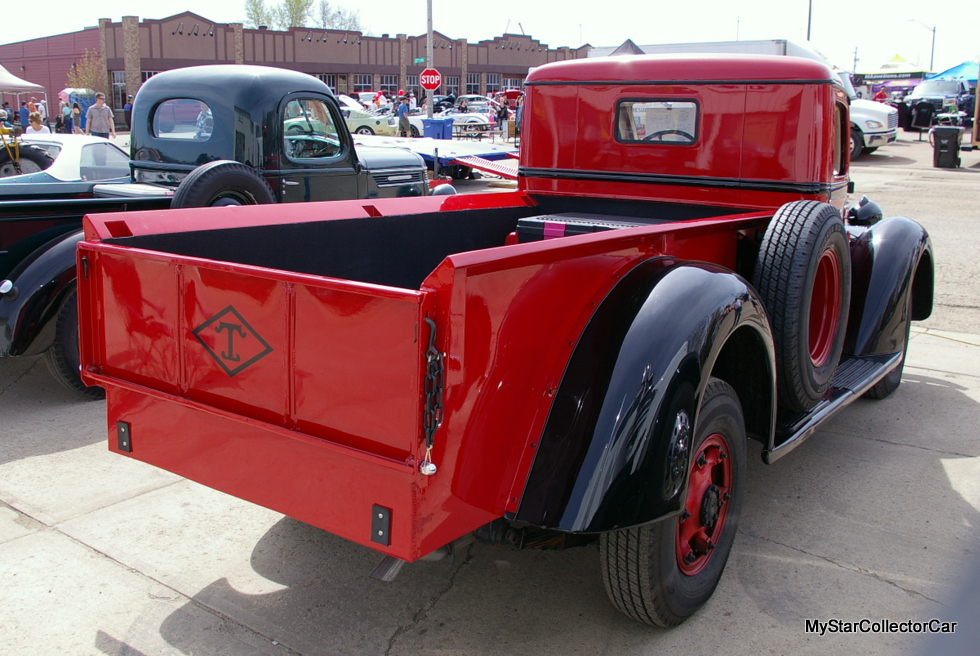 Barry Davis is a huge Diamond T fan and MyStarCollectorCar was able to interview him about his 1949 Diamond T. Barry became its owner in 2007 after he found it in several pieces because a shaky body shop business was good at dismantlement and not great at reassembly.

The former owner waved the surrender flag and sold the disassembled Diamond T to Barry. He spotted his first Diamond T in 1958 while he was on a high school team bus and knew he had to own a Diamond T one day.

The circumstances were less than ideal when Barry bought the Diamond T he was never someone to back away from a challenge and an opportunity to own his dream truck as a teenager.

Barry wanted to stay as true as possible to the original truck and retained the original power train in Diamond T. He retained its original chassis, suspension and brakes to keep the factory philosophy in his truck.  Barry noted the truck does have a reupholstered bench seat. 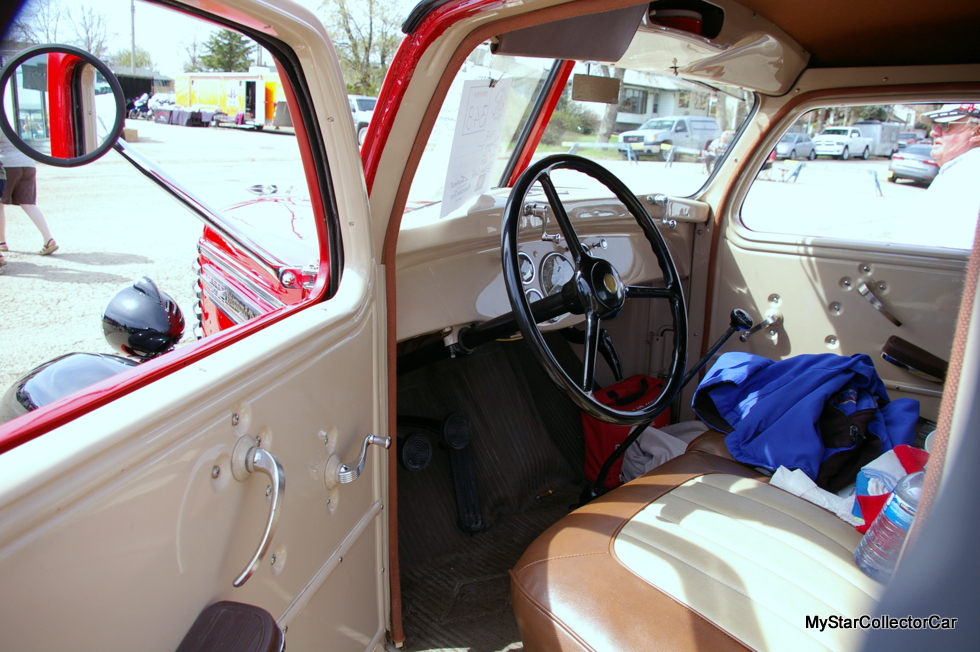 The truck even has its original truck bed lumber which Barry described as a “little wavy”. The entire restoration process was complicated by the fact Barry’s Diamond T was in so many pieces so Barry had to figure out the puzzle along the way. 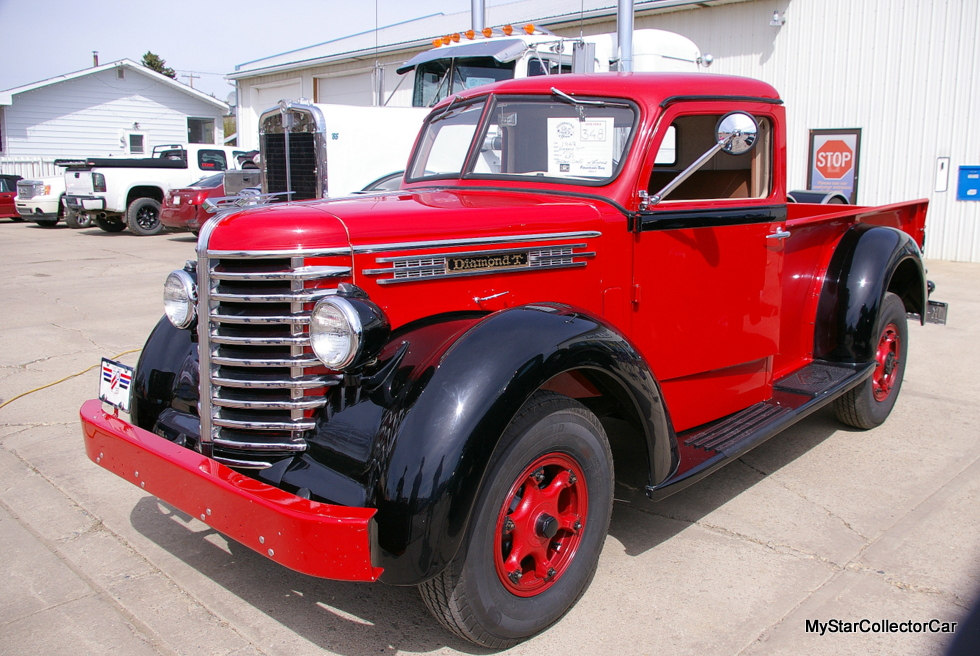 The original Hercules engine under the hood means Barry takes the scenic route when he travels in his Diamond T pickup. Barry said the “truck will do 50 mph (80 km/h) but 48 mph is a nicer speed for it.” 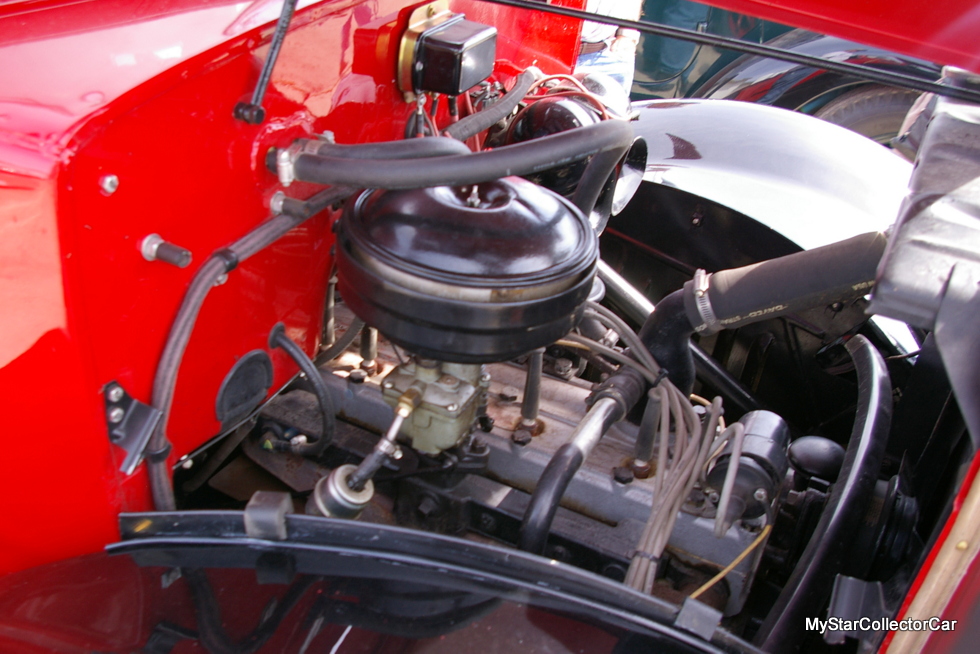 He also mentioned the 13 leaves in the rear springs and stated “there’s not a chance of going to sleep” with its rough ride. As mentioned, the Diamond T was built for hard work by tough people. 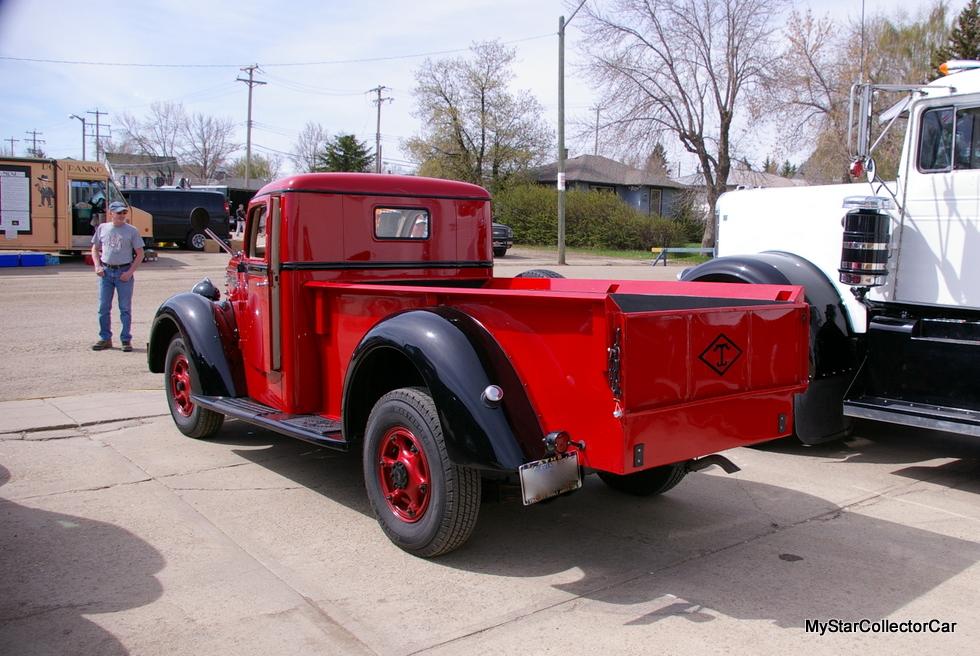 The truck did not come with signal lights so Barry relies upon hand signals to indicate his direction on the road. It also has only one brake light and mirror, although Barry has considered the addition of a passenger mirror if he can use a period-correct Diamond T mirror. 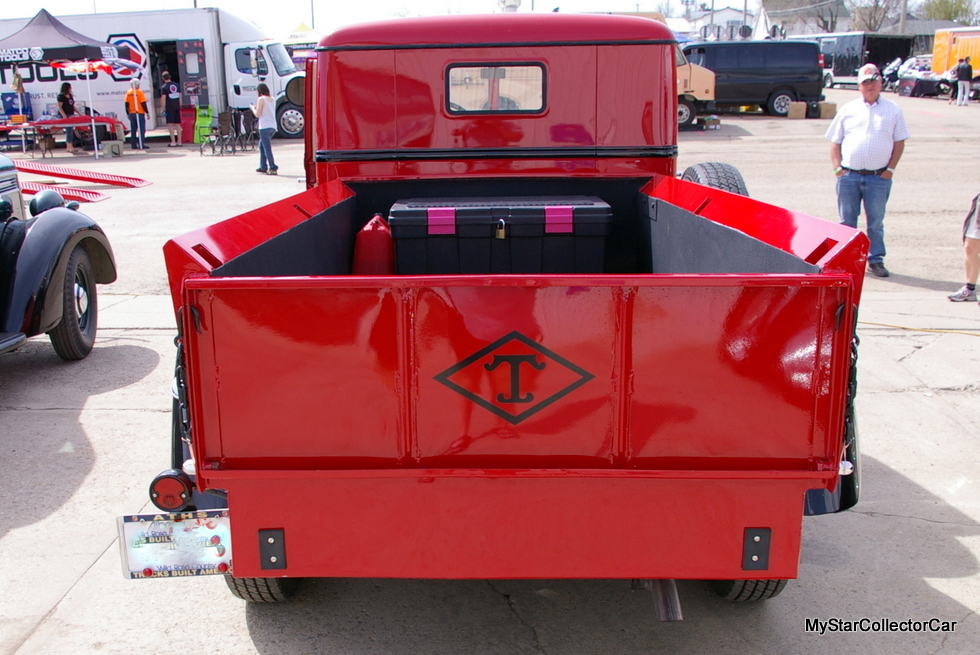 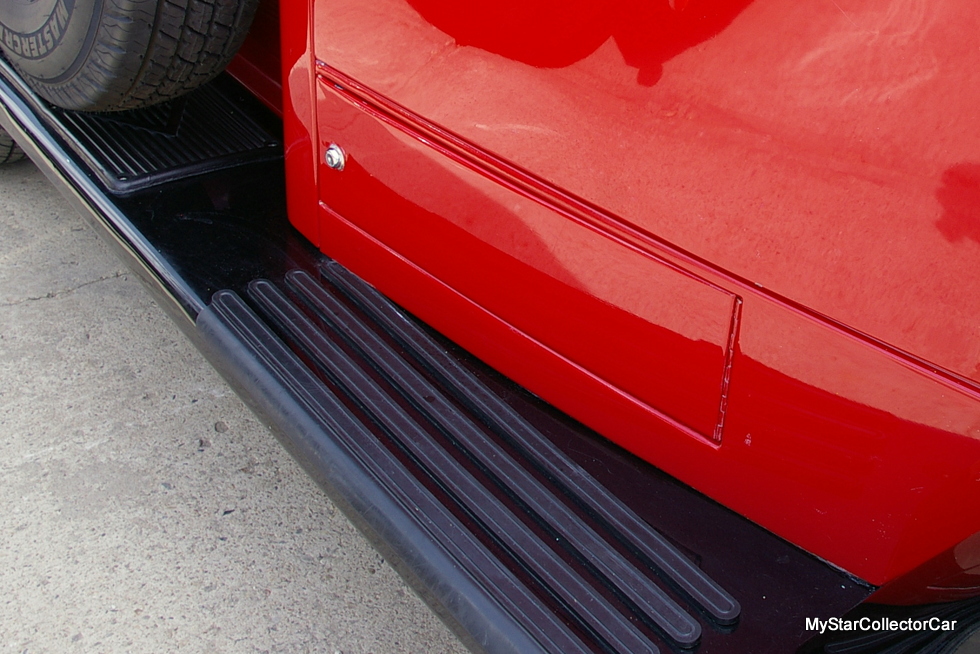 Barry thoroughly enjoys his 1949 Diamond T truck and drives it whenever he has an opportunity. He noted that “we buy them to drive them and wheels are meant to go round”.

We at MSCC could not agree more with Barry.