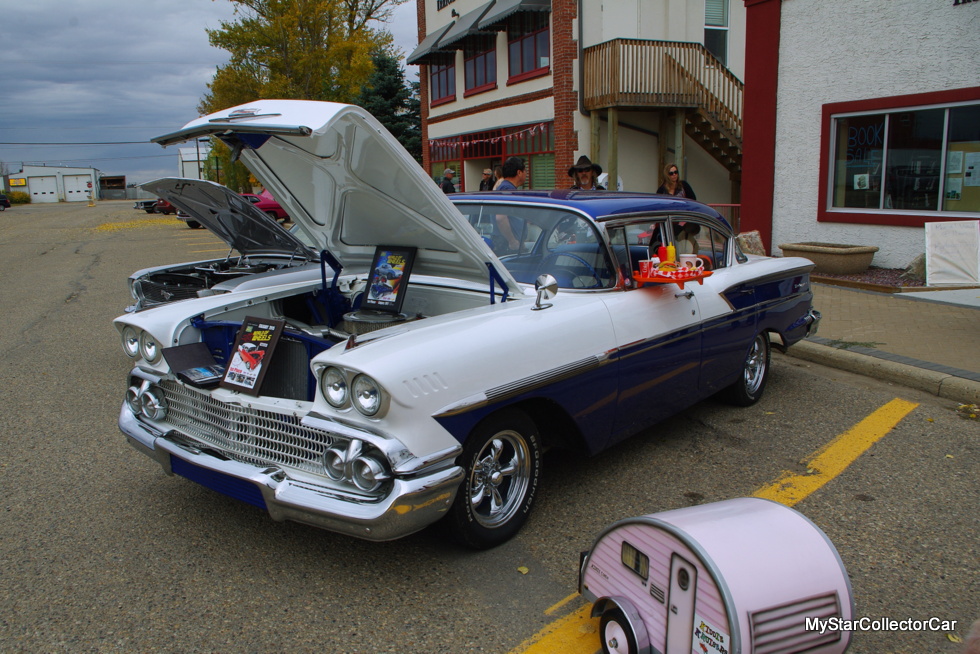 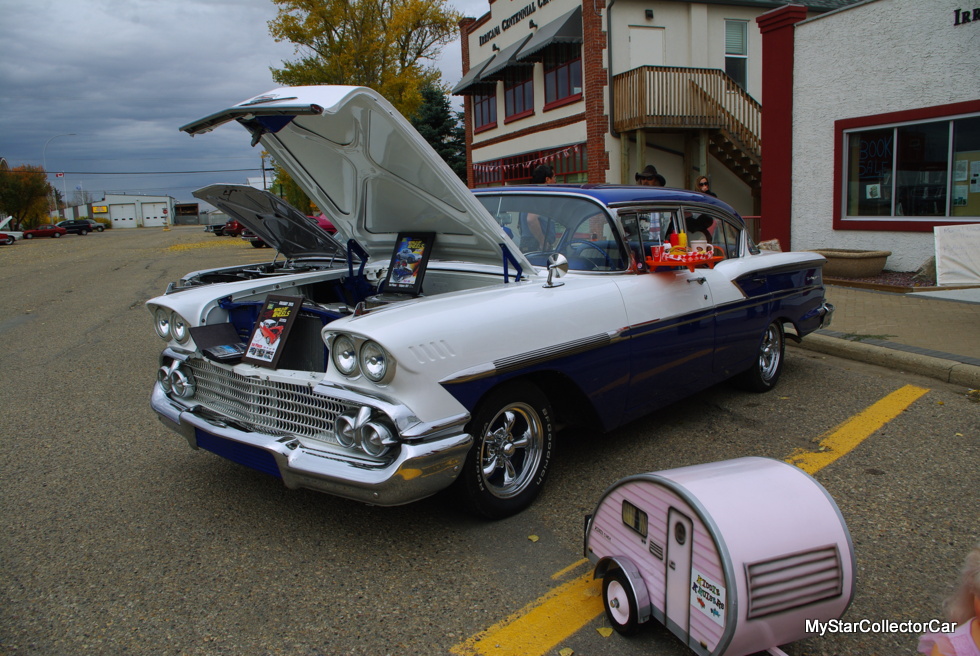 The 1958 Chevrolet Bel Air was a model below the famous Impala; a flashy Chevy that debuted in ’58.

Chevrolet had just phased out the large-finned 1957 Chevy, along with a three year body style that later gained fame as the Tri-fives (1955-57 Chevys).

The 1958 Chevy stood completely apart from its Tri-five predecessors and forged its own identity in the automotive world.

Initially, the ’58 Chevy was not as well received as the Tri-fives in the car hobby, but car guys have given this Chevy a big boost in popularity over the past few decades. 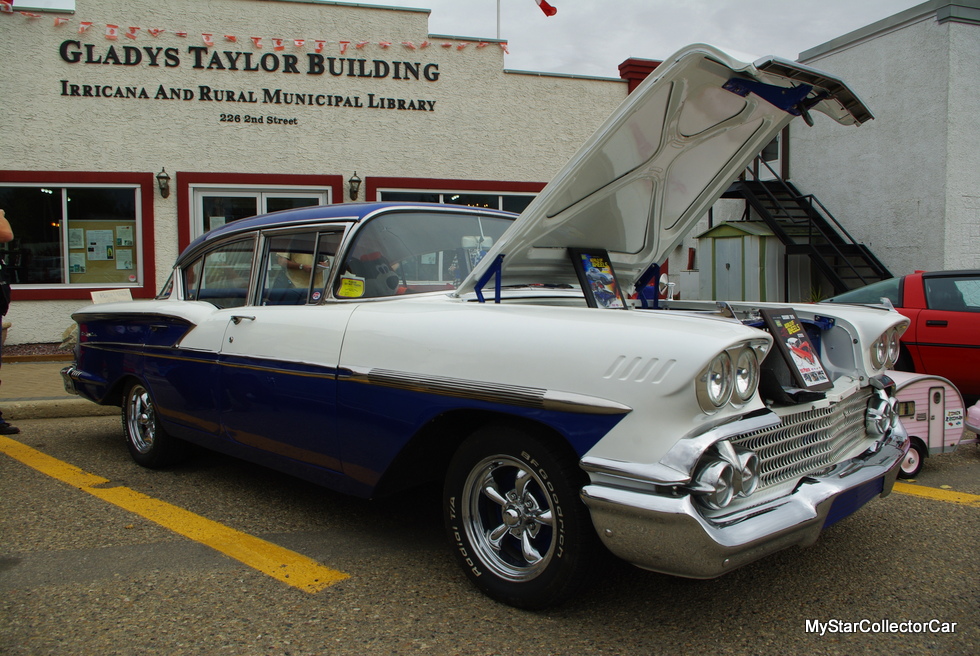 Wayne Maitland attended a charity car auction a few years ago to bid on a 1956 Cadillac. Wayne was a volunteer for the auction who saw the 1958 Bel Air before it crossed the floor and considered its purchase in a Plan B sense. 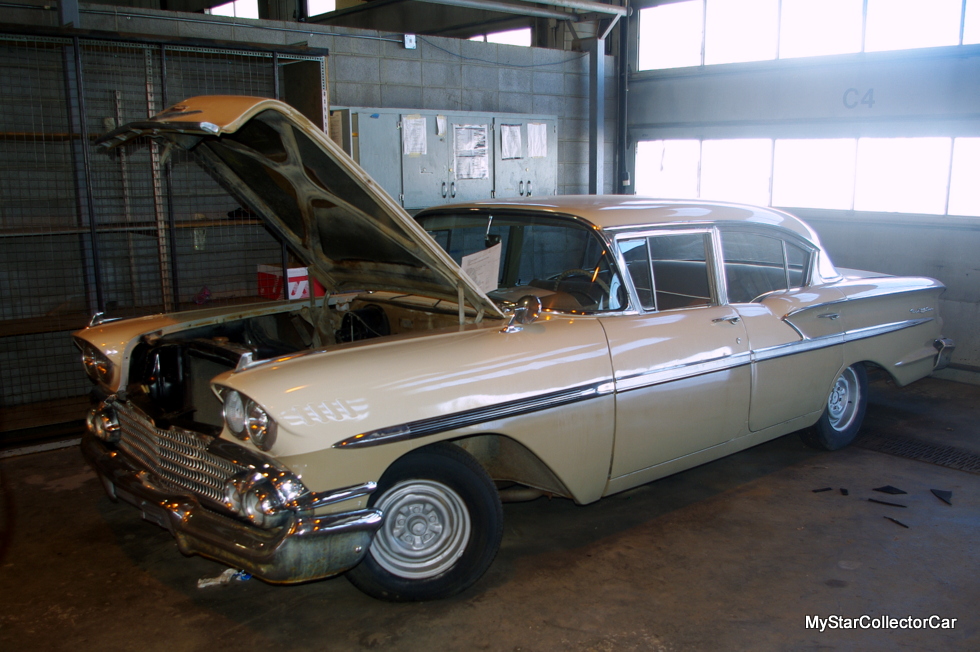 Wayne implemented Plan B when the Caddy sold for an amount beyond his willingness to bid; thus he became the proud new owner of a 1958 Chevrolet Bel Air four-door sedan. Most of the cars at the auction were sold in their original condition, including the ’58 Chevy, so they required work before they were roadworthy. 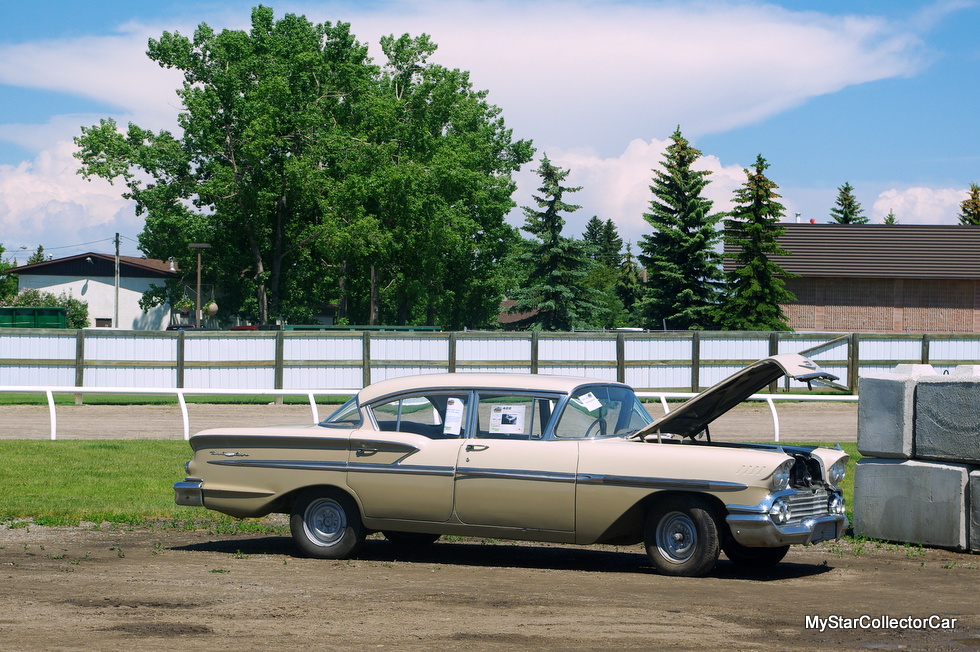 The Bel Air had its factory 283 engine and three-on-the-tree manual transmission. The 283 engine needed plenty of work, so Wayne decided to pull it in favor of a new crate 350 engine that bolted right up to the tranny. 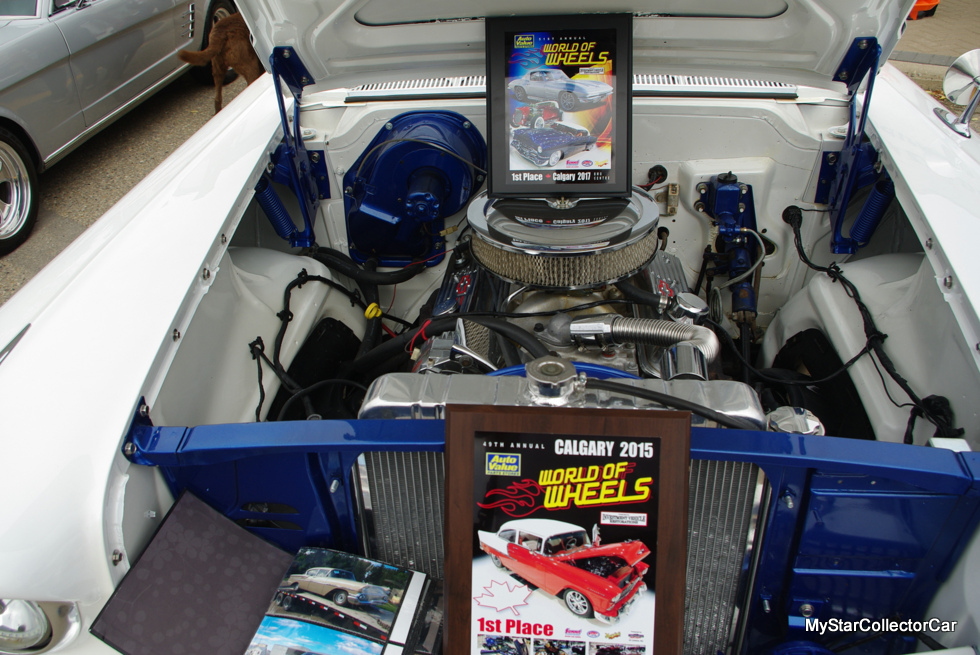 The 283 engine was an early predecessor to the 350 small block, so the 350 shared many of the same characteristics of the 283.

Wayne wanted to leave the auction with a “unique car”, in his words, so a 1958 Chevy fit his requirements because he feels that “anybody and everybody has a Tri-five.” 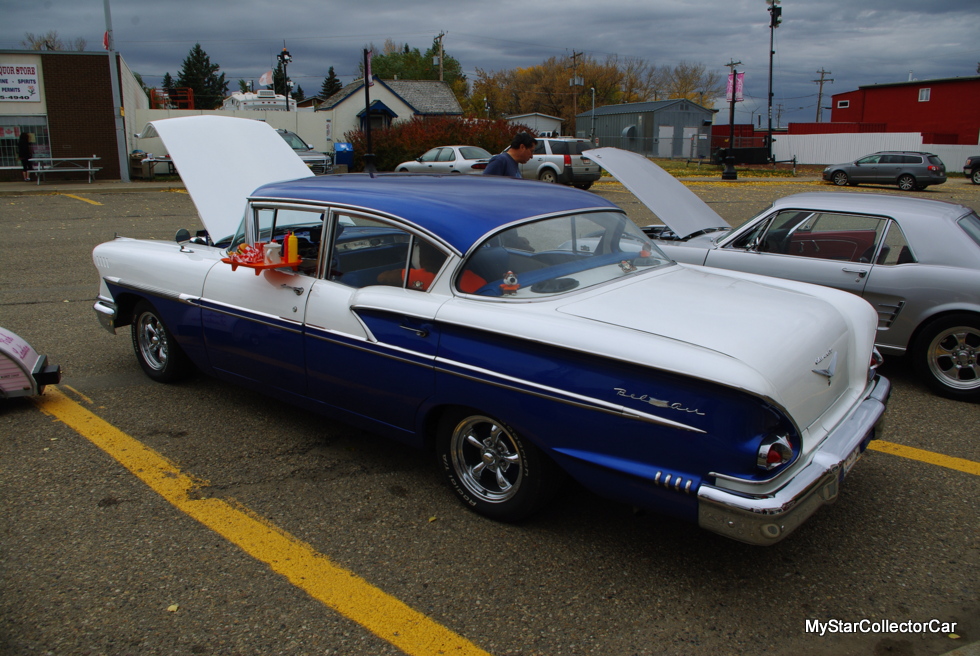 The Chevy needed a frame-off restoration to meet Wayne’s standards and the car required new floor and trunk pans to reach this goal. Wayne also put seat belts in the car to meet his personal safety standards. 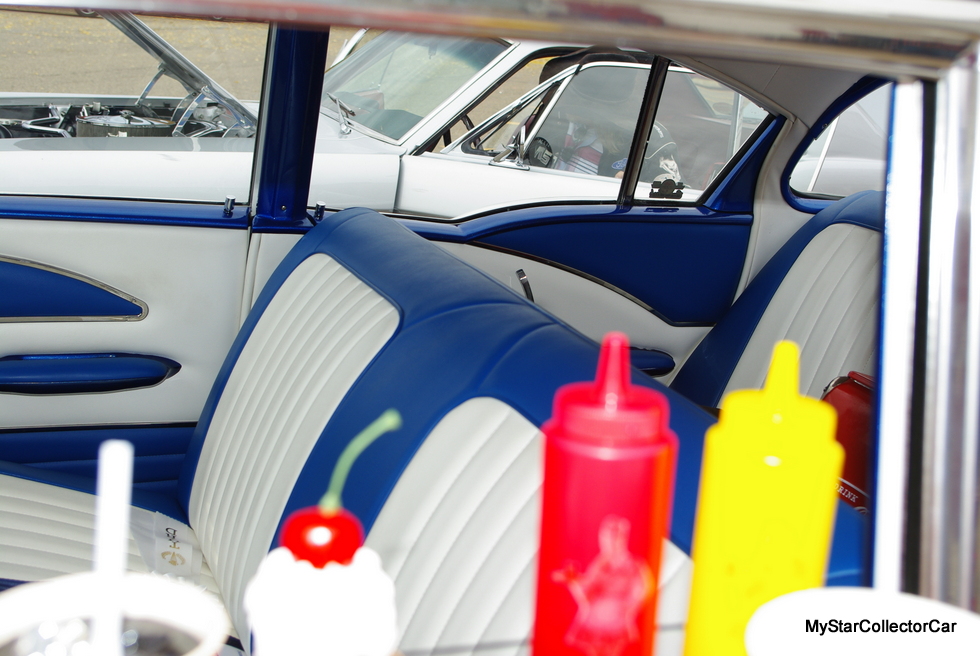 The Chevy has an upgraded aftermarket radiator to handle the cooling system on the new engine. The net result from the restoration was a refurbished car that makes Wayne comfortable enough to drive the 60-year-old car to shows. “It’s (the ’58 Chevy) pretty much new”, according to Wayne. 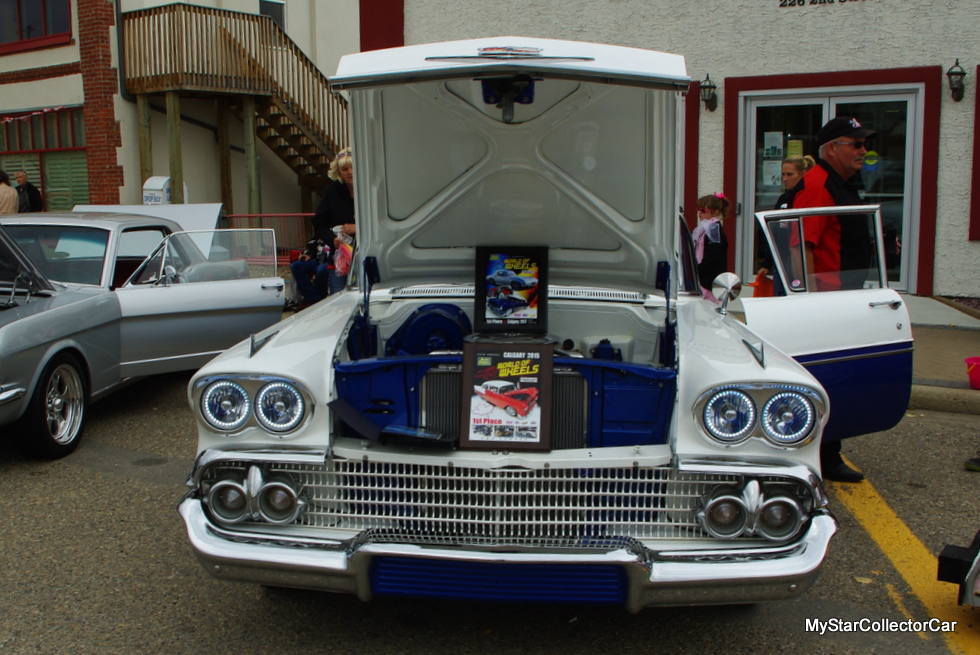 The car has caught the eye of show judges and won its class at Calgary, Alberta’s World of Wheels show in 2015 and 2017. 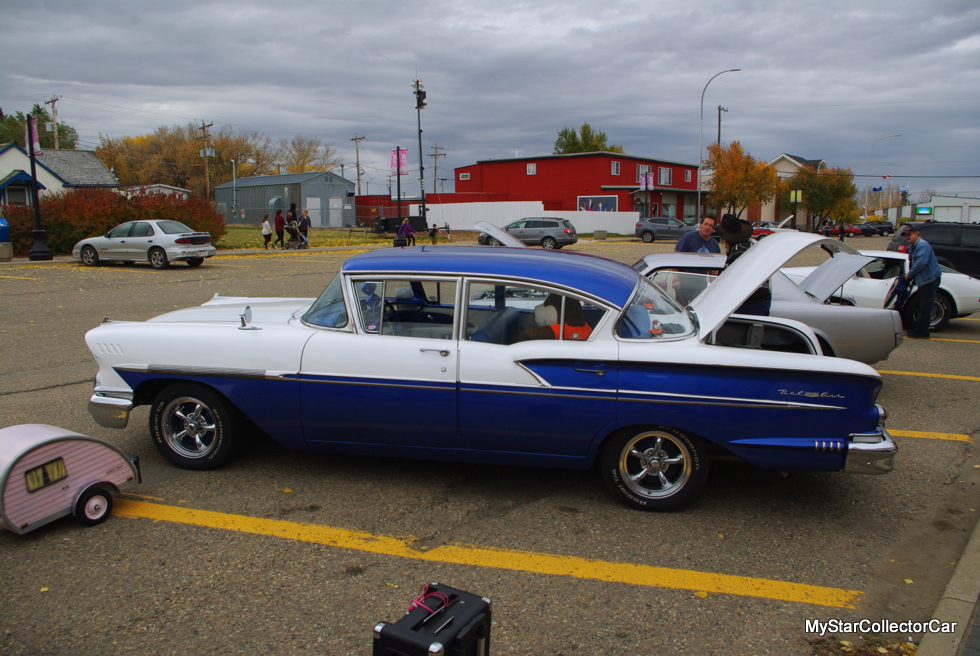 MyStarCollectorCar mentioned the car was restored so Wayne can drive it whenever he wants to jump behind the wheel and head out on the road in his ’58 Bel Air. Wayne told MSCC that his now-350 Chevy will “go as fast as you want” on the road. 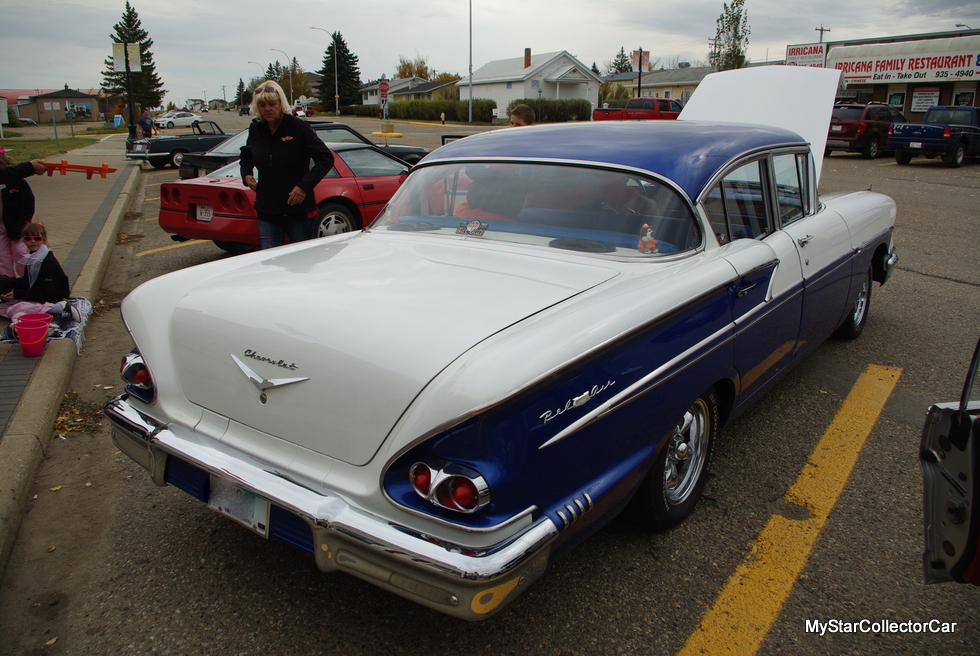 The car “runs like a top” in Wayne’s words and he enjoys every moment in the Chevy. He stuck to the original factory designation in many ways, so the Chevy still has its original manual drum brake and steering system. 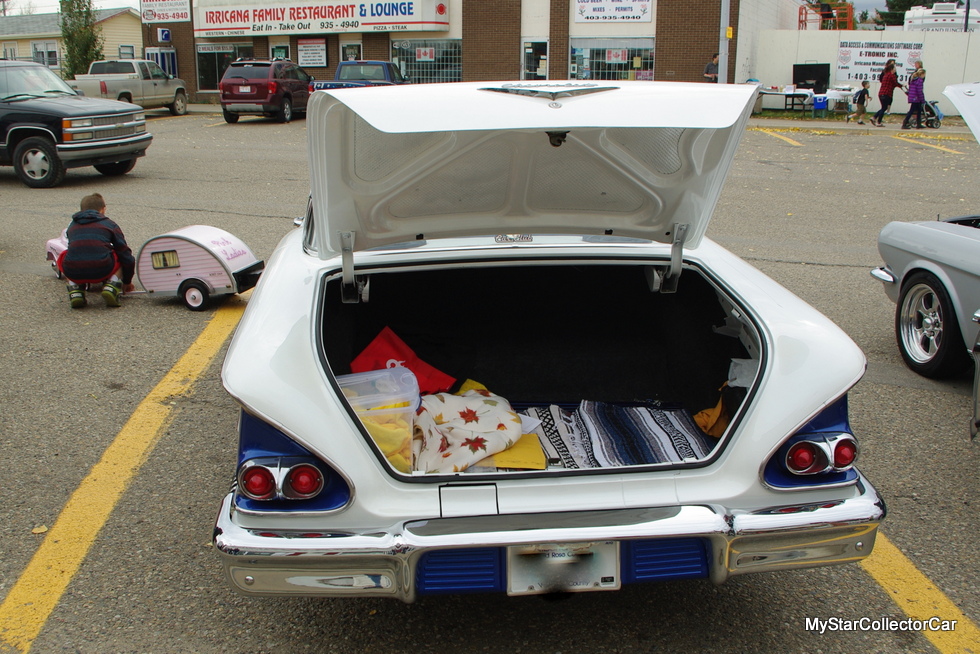 Wayne replaced the front end (steering/suspension system) on the Chevy and said the car was now ”better than new”, in his opinion. 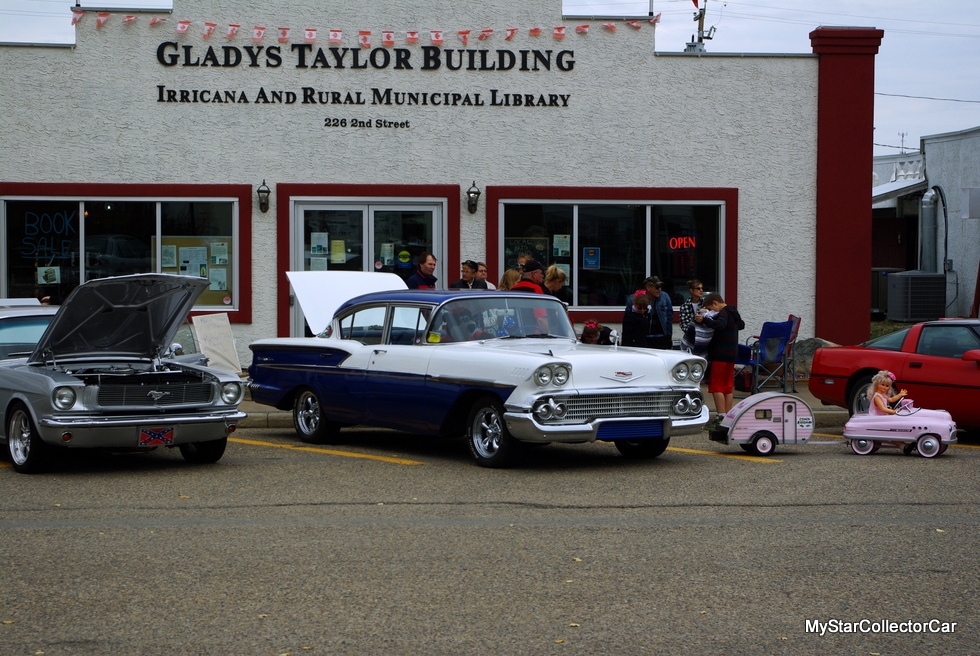 The story about this 1958 Chevrolet Bel Air auction car has a happy ending for the car and its new owner. In other words, a MyStarCollectorCar kind of story.