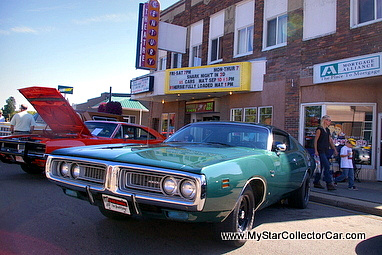 Ryan Kowalchuk is a very committed car guy because he sees the value in a wholesome world like the old car hobby.

He’s a regular at many local car shows and he likes to travel with his family.

A few years ago he decided he’d like to hang out with his father a little more. 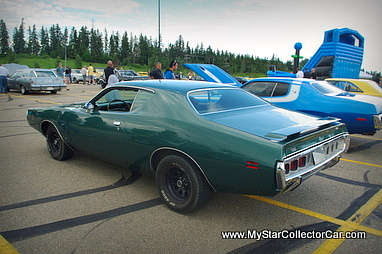 That idea took root in the form of a question Ryan asked his father, “If I bought you an old car would you go to car shows?’. Needless to say, this was almost a rhetorical question because father and son knew the answer.

The next question was simpler-what kind of car did Dad want?

The answer came in the form of a 1971 Charger 500. Ryan explained,” I think it was a South Carolina car but I bought it locally.It was really well looked after and the price was right.it was a pretty tame highway car with a 2:76 rear end”. 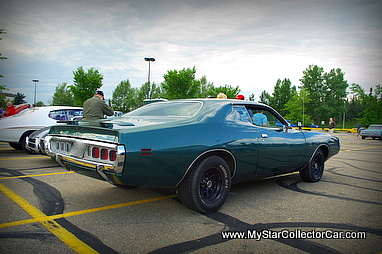 Ryan’s father loved his vintage Mopar entry into the old car hobby and he embraced the lifestyle right away, “He went to all the shows because he loved driving this car. We’d take the slow lane in a convoy to the shows and have a great time when we got there.He didn’t like big shows, he liked small town shows”. 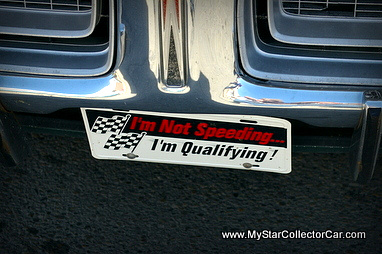 Clearly, his father learned another thing about old iron as Ryan recalled, “He loved the attention he got with this Charger, the waves and the thumbs up. He really enjoyed that part of the experience”.

Old cars never quit teaching lessons and Ryan’s father learned some things about the Charger the old-fashioned way, “He was never a mechanic but after awhile he started to learn a few things about the car because he had to”. 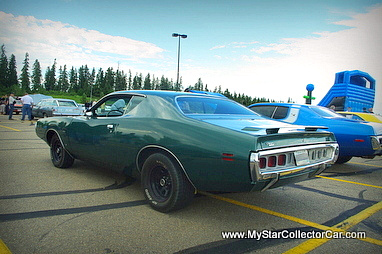 The old Charger has been remarkable trouble-free as Ryan recalled, “It’s got a new carb and there was a minor issue with a heater control valve but it’s been great”. 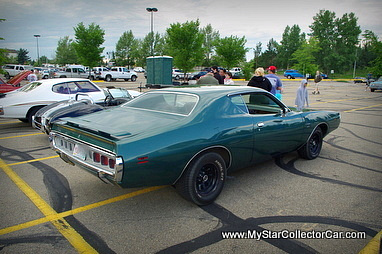 Unfortunately, Ryan’s father passed away in 2008 but Ryan is pretty philosophical about the turn of events, “I made the decision to keep this one. He got five years out of it and he truly enjoyed the experience, he saw a lot of shows and he had a lot of fun with the Charger”.

The game plan for the car was simple and it was successful as Ryan explained, “It was one of those bonding things and it sure worked”.

Most owners refer to  themselves as mere caretakers of their old rides and many of them have a defined succession plan. Ryan explained his, “My three-year-old is a born car guy, he looks under the hood and he even knows the Dodge Ram symbol. He has since he was two. He’s going to get this car when he’s old enough to drive”. 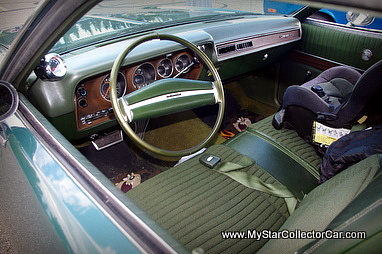 Ryan isn’t putting the ’71 Charger in hibernation until then, “We still go to shows and now my Mom drives the Charger to them. It doesn’t sit around “.

Many family bonds have been built or strengthened because of an old car or truck and this Charger 500 is a classic example of this concept. 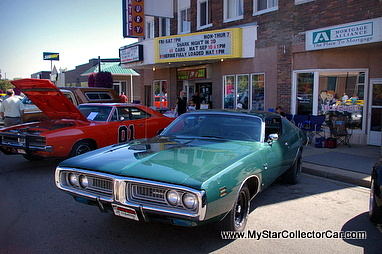 There’s little doubt that Ryan would have loved to see his father in his rear view mirror for many more years to come but he will see the next generation behind the wheel of his grandfather’s 1971 Dodge Charger.

The bonding will continue.