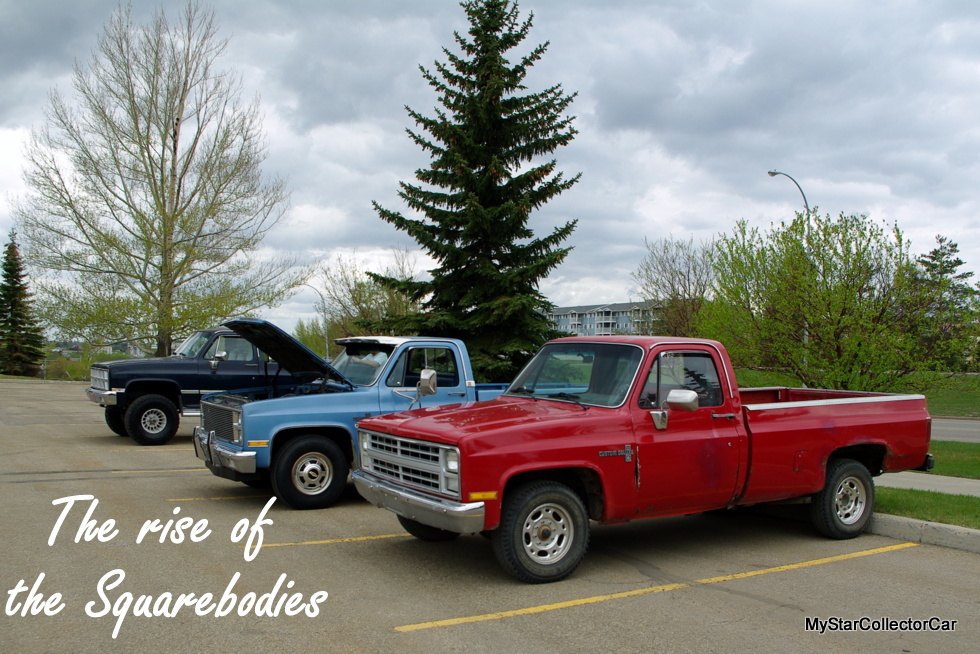 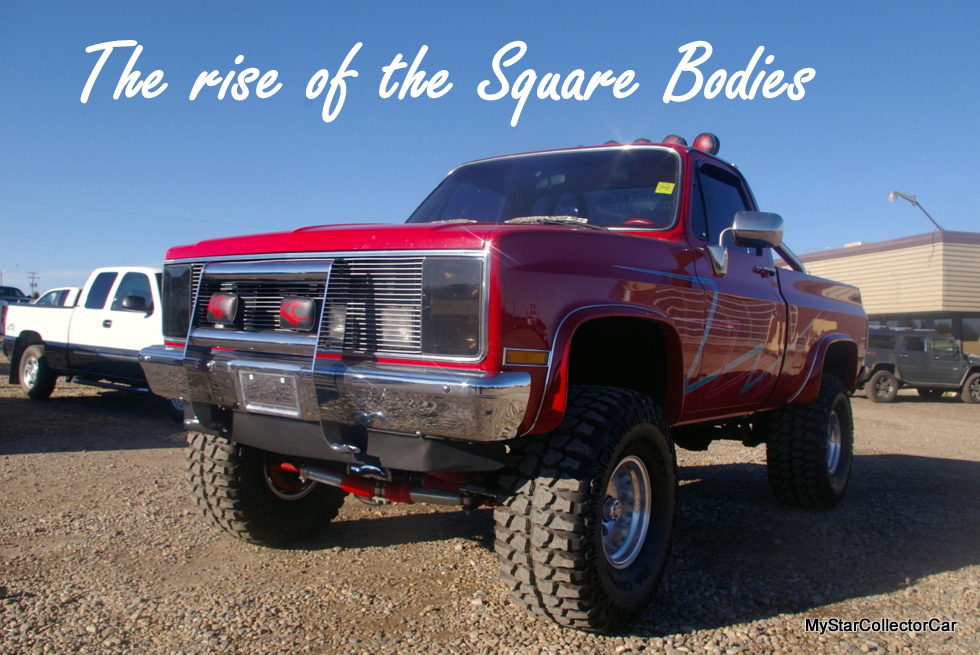 1973 was a year of big change for the General when it came to trucks. One of the most popular pickup truck production runs in history (1967-72 Chevys) was over and a new era of 70s style was very evident in the 1973 GM truck lineup.

The Chevy and GMC trucks were less curvy than their predecessors and have come to be known Square Bodies in the 21st century.

The basic square style of these trucks lasted until the early 90s and have begun to develop a strong following in recent years. 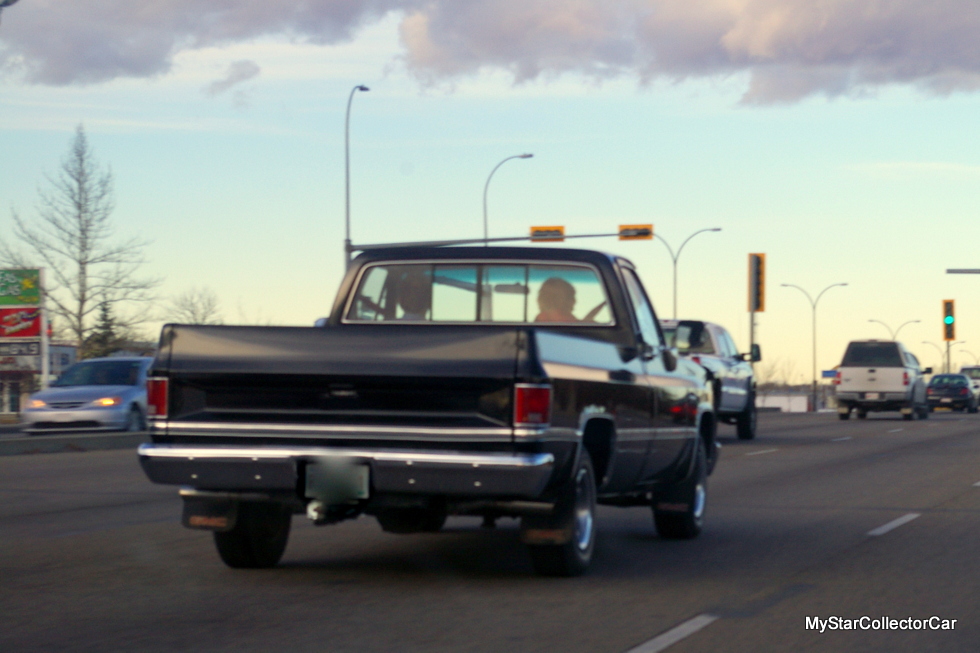 The collector vehicle hobby is always looking for the “next big thing” and the Square Bodies are likely to be the newest star in the hobby. The trucks were very popular in the 70s in their short box versions because their angular lines were best showcased in these models. 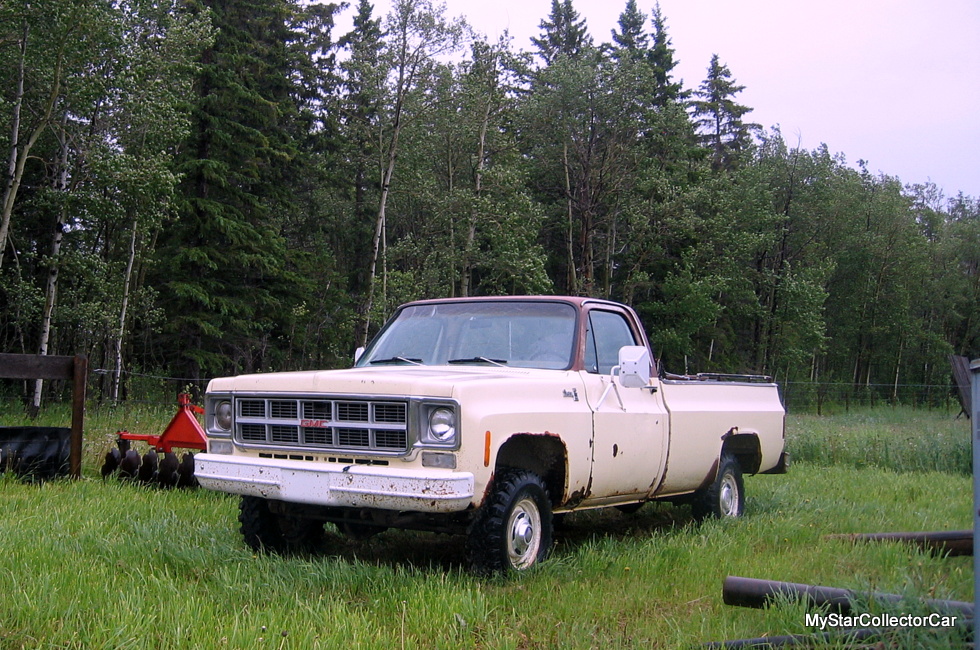 Fans of the 70s TV classic ‘The Rockford Files’ will recall that Jim Rockford’s father Joe drove a Square Body GMC short box pickup through the entire series. Joe’s trucks were two tone paint models and showed off the trucks in their best light with the way the two colors followed the body lines. 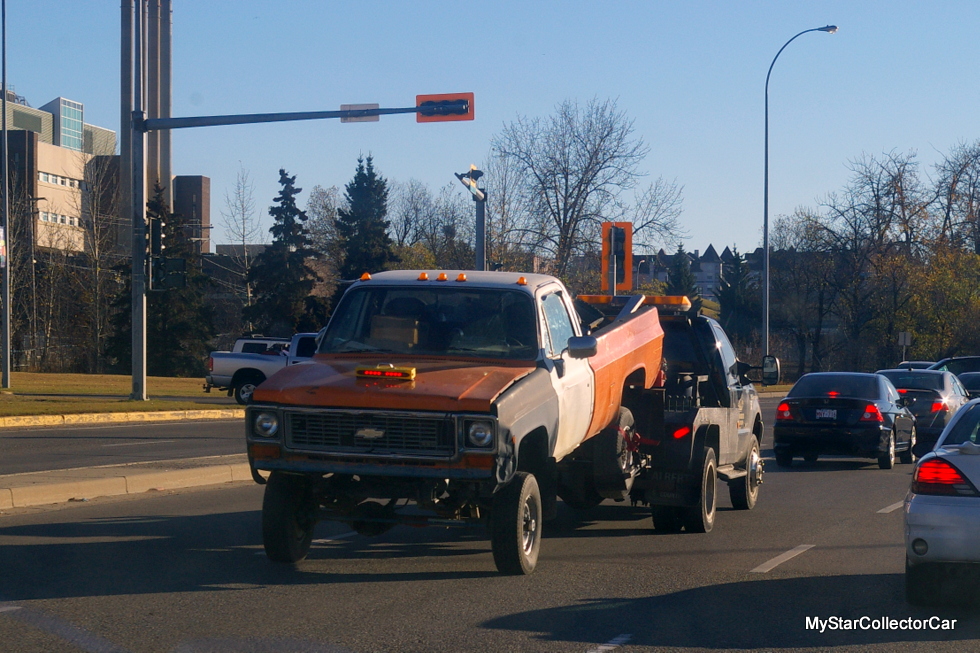 Most people were more familiar with Jim Rockford’s Pontiac Firebirds in the show, but occasionally he borrowed Joe’s truck and chased bad guys in the pickup. Joe added a roll bar behind the cab to his trucks and presumably it was useful in some of the wilder chase scenes when Rockford borrowed his father’s truck and trashed it. 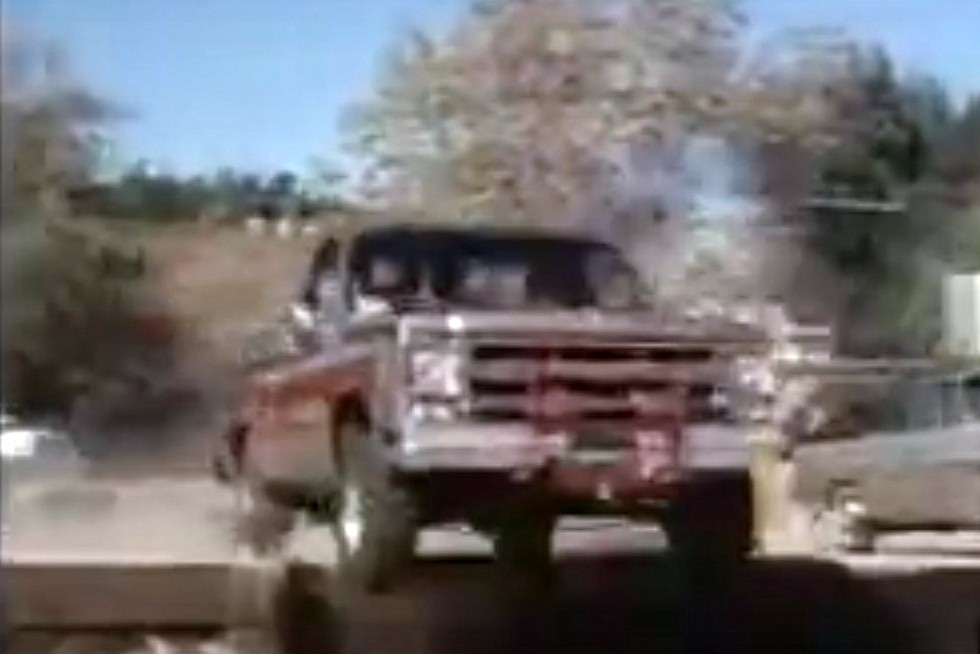 The roll bar was a mainstay in many 70s-era Chevy/GMC short box pickup trucks for one simple reason: it just looked very cool.

Short box pickups always won popularity contests over their longer versions in the 70s for most car guys because the shorter length gives the trucks a more nimble, sportier appearance in their eyes. However, the long box pickups were bigger stars in the working world because of their bigger load capacity. 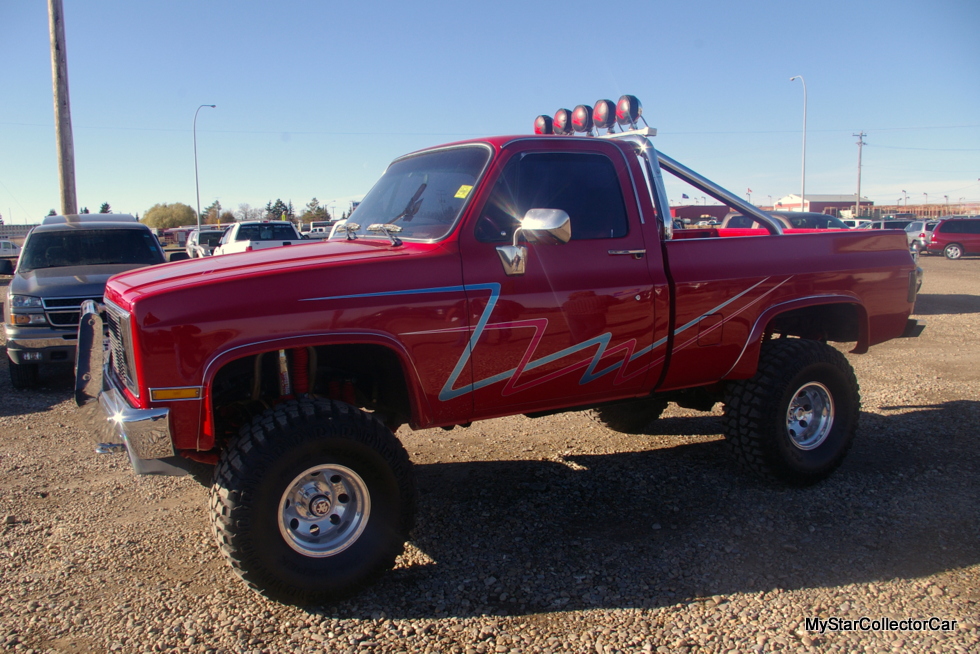 The rise in popularity of the Square Body pickups from GM should come as no surprise in the grander scheme of things in the vintage vehicle hobby. Older trucks from the past are currently rock stars in the hobby and carry price tags that are well beyond their market value of only a few years ago.

Most of the trucks on the upswing in price are pre-70s models, but the pickups built in the Me Decade (1970s for those who are not familiar with the term) are also catching a wave; and the Square Bodies from General Motors are in the mix. 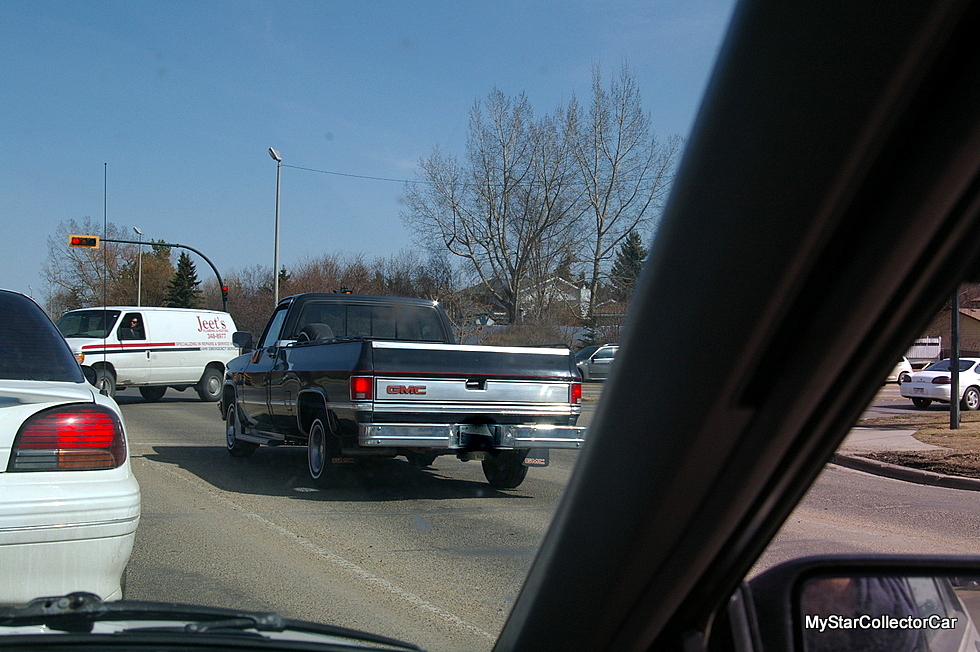 The rule of thumb for most vehicles is pretty simple: the further a car or truck moves away from its production date, the more it goes up in value due to scarcity. The pioneer 1973 editions of the Square Bodies will eventually enjoy the same levels of popularity as their 1972 predecessors because the 1973 models now represent a bold new style direction from the past for GM’s pickups. 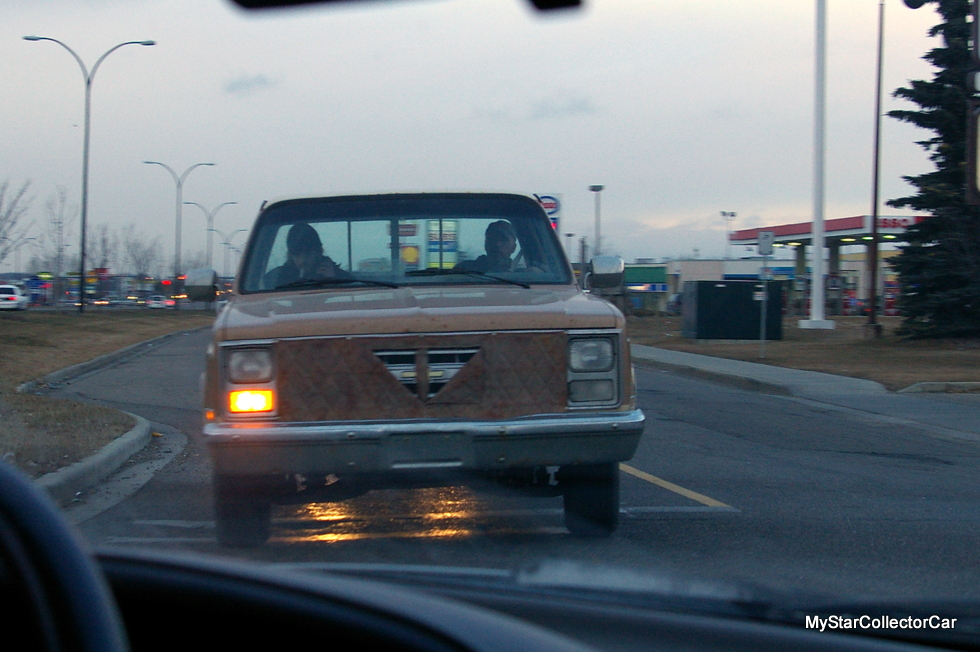 The GM truck design crew may have only used rulers and straight edges when they created the Square Bodies, but they got it right in the cool factor.