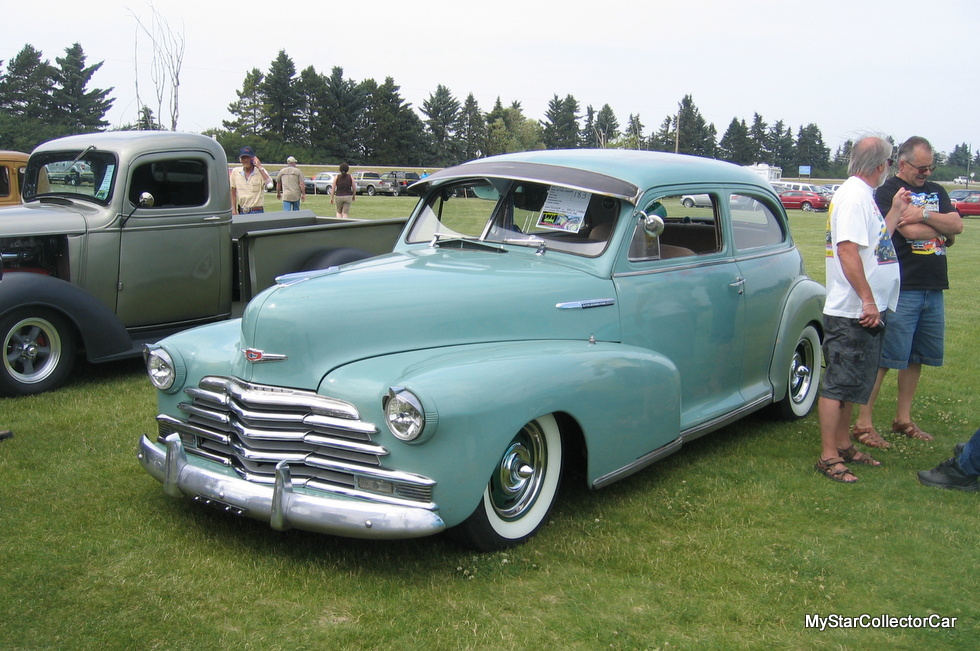 The post-war cars of the 40s were part of a unique era in Detroit’s automotive history.

The car manufacturers had to stand down in the late 40s from several years of military duty as suppliers for the war effort.

Cars were not on the radar for Detroit during the war and it took awhile for the Big Three to return to the business of building cars after the war. 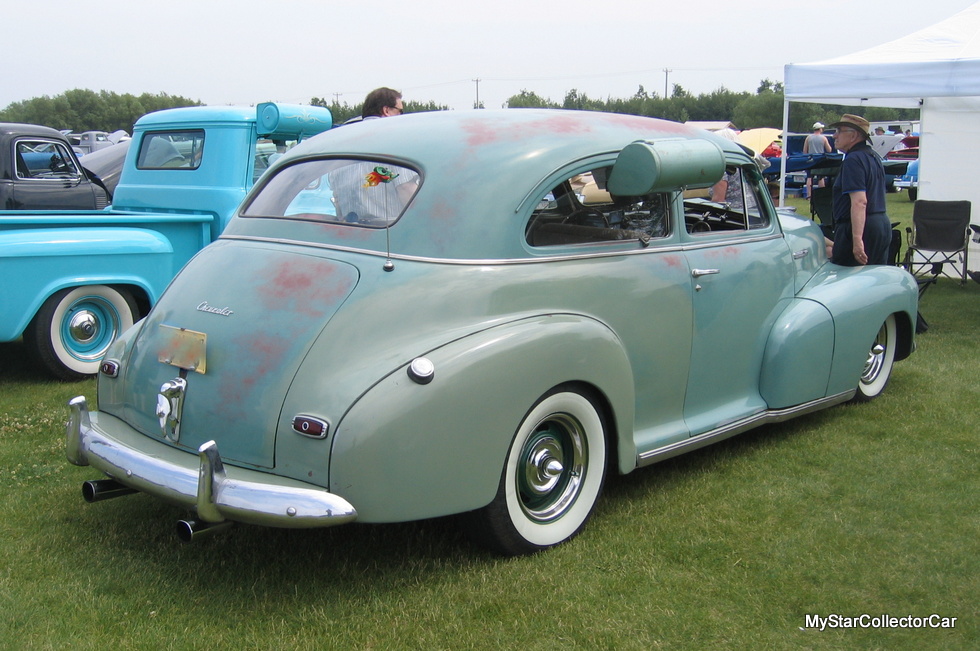 The result was a distinctive 40s look for post-war cars that was largely based upon the 1941 models. The 50s designs began to appear in some of the 1949 models including the Chevrolet, but the 1947 Chevys were a throwback to the 1941 models, with a slightly more modern front clip.

The result was a love-hate chasm for the late 40s cars from Detroit because people either loved them or hated them as collector cars. We at MSCC love them so we embrace any opportunity to track down the owners of these iconic post-war cars and trucks every time we encounter one of them. 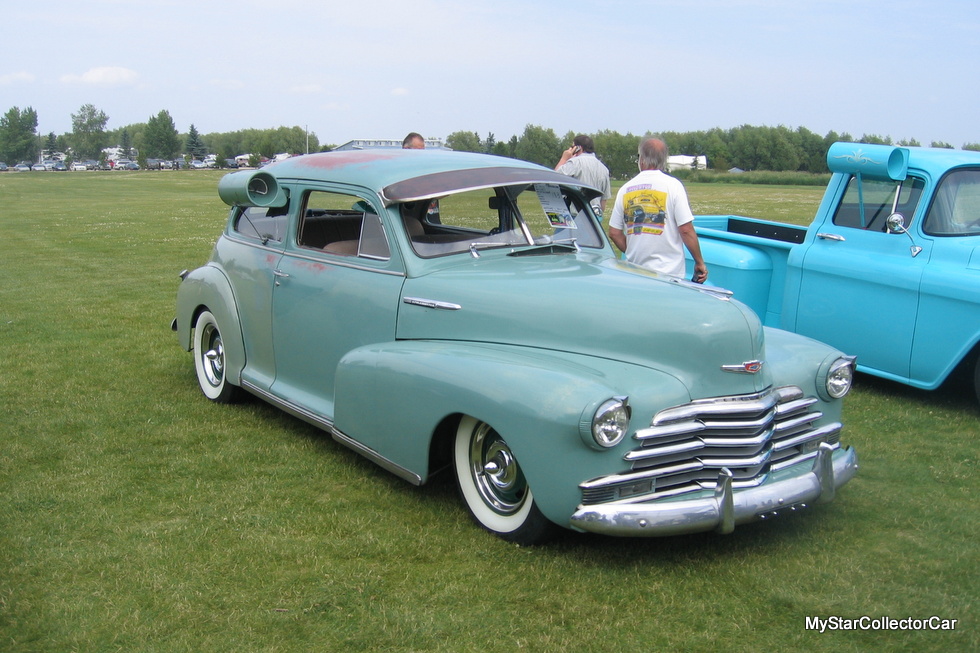 This beautiful 1947 Chevrolet is a good example of a subtle resto-mod that does not tamper too much with the factory sheet metal but upgrades the power train to modern standards. The owner of this Chevy is Roger Lamble and he has a deep appreciation for his resto-mod.

Roger is only the second registered owner of the Chevy because he inherited he car from its previous owner who chose not to put it back on the road. It was his uncle’s car and the nephew did not share a car guy gene with his late uncle, so he sold it to Roger. 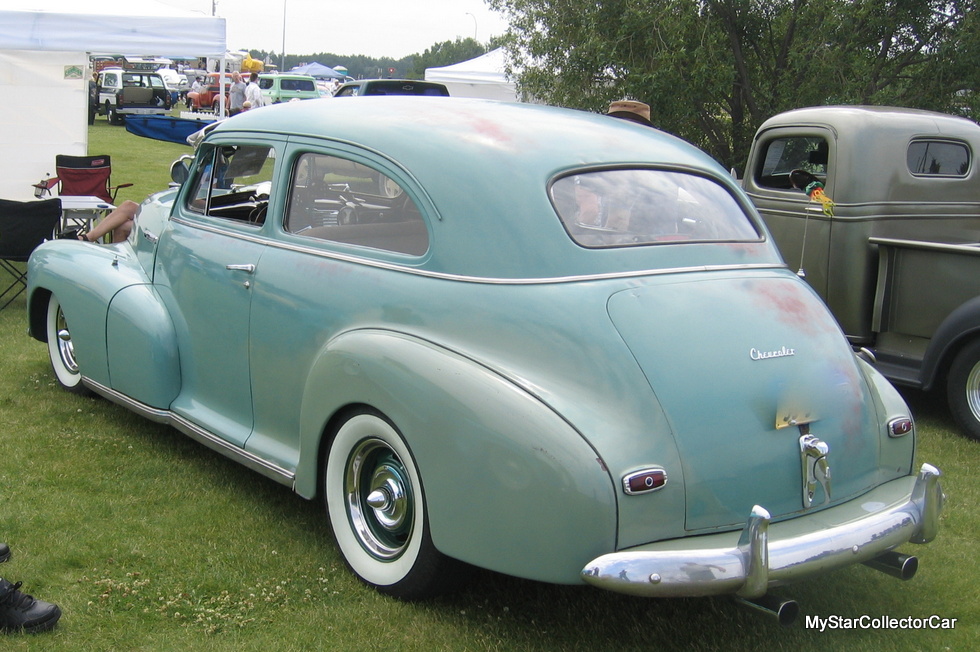 What Roger purchased was a bone-stock 1947 Chevy with a six-volt electrical system and a six-cylinder engine. The car was comfortable at 50 mph (80km/hr) down the highway but Roger was afflicted with TIm the Toolman disease and wanted more power under his right foot.

Roger decided to push the original six-banger real hard in a sincere effort to blow it up, but failed at the task, so he just decided to pull the engine out of the car and begin the heart transplant. He added a 350 backed up by a 700 R tranny to get his ’47 down the road a little faster.

Now his Chevy can dangle down the road at 100 mph (about 170 km/hr) if necessary, although Roger wanted the world to know that he travels at posted speed limits on his many car show trips. He has also added disc brakes that will ensure that his ‘47 will stop a lot faster than it did in 1947. 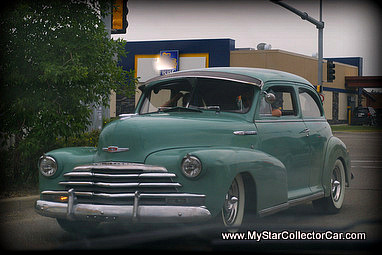 Roger has the car re-upholstered to original specifications and that is a nice touch on the Chevy. It looks post-war original in most of its outward appearance, but it camouflages all of the modern features that make Roger’s resto-mod run so well on modern roads. 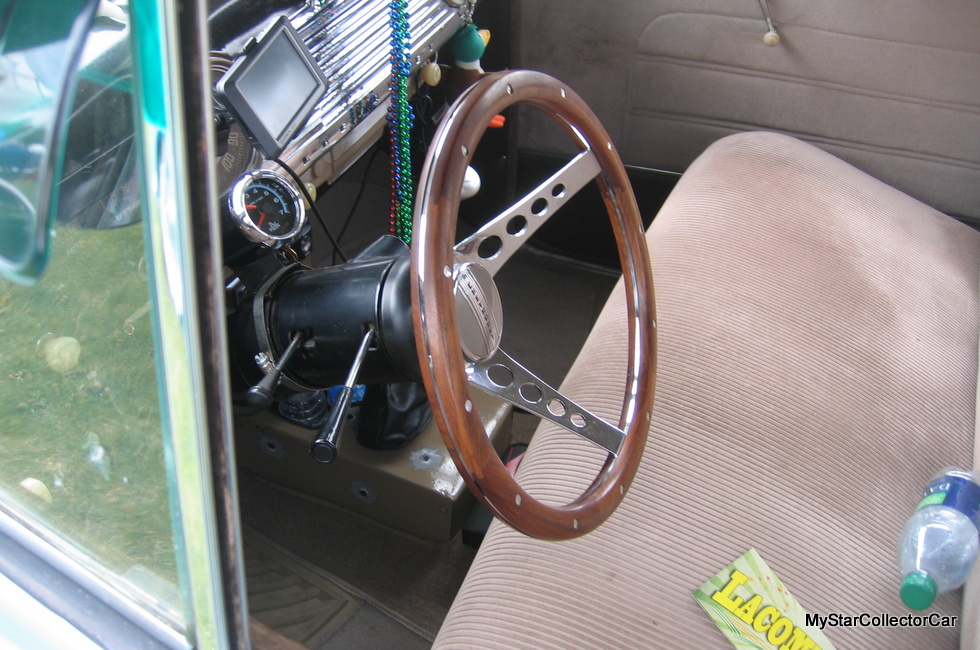 He retained the classic look of his 1947 Chevy and added all of the right things to extend his driving range because now Roger can get to car shows quicker and in classic late 40s style.