I scan the automotive want ads on a regular basis in a number of places on the ‘Net.

We live in a lightning-fast world where interesting car ads pop up very quickly and reach a big global audience of car guys via the cyber world.

I like to see what is out there, just like every other guy in search of rusty dreams where we kick tires via the keypads on our favorite 21st century electronic device.

The cyber-world of old iron is a fascinating place where adults can find the car of their dreams, if not their realistic budget.

However, it costs little more than time to see what is out there in the new age car ads, plus it is an education about the current collector vehicle market in a what-are-they-asking-what-are-they-getting kind of way.

One ride that really caught my attention was not necessarily for the car or the price. The ad read “Rare 1968 Dodge Mopar Baracooda” and I feel like I have to comment on this presentation. There are two things right about the ad: The side marker lights indicate it is indeed a 1968 and it is a Mopar.

Everything else is wrong about the ad unless it really is a Dodge Baracooda that I somehow missed when I read the 1968 car preview issues of all those magazines back in autumn of 1967. The first thing is the Baracooda name attached to the ad for what is actually a Barracuda. 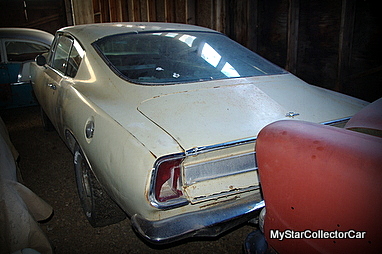 The Baracooda name is actually pretty cool and might have been a great choice for a wild big block version of the Barracuda. Maybe the 440 big block transplant in the ‘Cuda for sale in the ad got the owner on a creative run, but I seriously doubt it.

The big argument against his Baracooda creative flair was the Dodge name in the ad. Dodge is a generic term used for any Chrysler product ever built and it is a serious insult to dedicated Mopar fans. For them, the gulf between a Dodge and Plymouth is Grand Canyon-sized and would be the same as a Chevy GTO in their eyes. 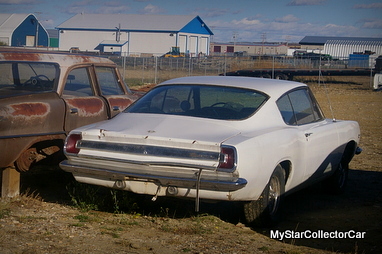 There was always a sibling rivalry between Dodge and the late Plymouth brand during the golden years of the Big Three. Ford, GM and Chrysler all carried multiple brands that operated somewhat independently under the family trees.

The car in the ad was neither a Dodge nor a Baracooda, and the seller does himself a serious disservice when he screws up the name and lineage of the famous Plymouth pony car. It appears to say he cares so little about the car that he is willing to dismiss its actual heritage as completely irrelevant to him.

A rare 1968 Dodge Mopar Baracooda is indeed a very rare ride found only in the mistake-ridden world of lazy car ads.