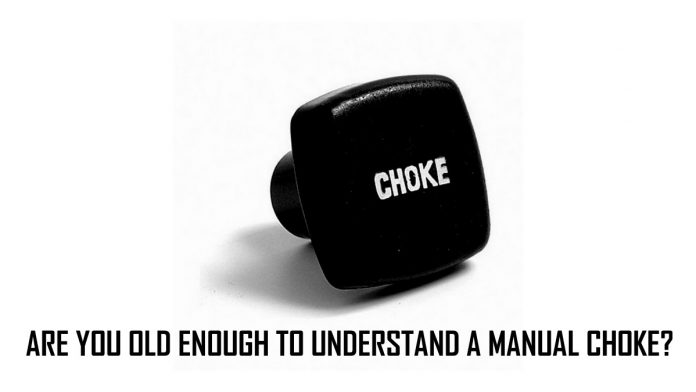 We live in an era where fuel injection is king and offers a highly efficient way to start an engine.

With efficiency comes complexity and modern EFI systems would likely drive Star Trek’s excitable but gifted engineer Scotty back to a serious drinking problem if he were ordered by Captain Kirk to fix a 2020 car’s fuel injection issues.

The predecessor to fuel injection on engines was the famous carburetor system. The carb was also a mixing chamber for fuel and air before both ingredients were banished to the hellfire of the combustion chambers where they served as a potent bomb combination to drive the pistons through explosions initiated by the spark in the spark plugs

In fact, the most important part of the equation in both a carb or fuel injection system is to create a controlled explosion in the engine. The major difference? The carb system is reliant upon several mechanical components acting in harmony like the young hippies in the old Coke (I’d Like to Teach the World to Sing) TV commercial.

A carb system is also heavily reliant upon a competent mechanic to keep the mechanical components in good shape so they can be fine-tuned into a subtle balance between air and fuel mixtures. The delicate relationship within the carburetor begins with the choke system because the amount of air allowed into a carb is a critical part of the combustion equation.

The later versions of the carburetor had an automatic choke system that did the work for the driver when he or she got behind the wheel. The only requirement for a driver with a mechanical choke vehicle was to press the gas pedal to engage the choke when the engine was cold.

A manual choke meant a driver was a partner in the air/fuel mix in a big way. The driver had to adapt to temperature variables and engine factors like worn-out parts to find the sweet spot for the manual choke position.

The basic rule was to pull out the choke during cold weather and gently manipulate the gas pedal in concert with the choke position to avoid flooding or starving the engine during this critical phase.

Most older car guys are masters of the basic protocol behind the manual choke start because they had vehicles from this era and used them as daily drivers. Consequently, they know when to move the choke based upon the engine sound and how close it is getting to operating conditions. Years of working a manual choke have taught them well in terms of its optimal operation.

The life lesson presented by a manual choke may not serve them well in today’s highly efficient world of engine technology, but a typical older car guy would have zero trouble firing up vintage rides equipped with the old school chokes.

Put any of them to the manual choke test and do not be surprised with the successful results.