One of the biggest minefields for many car guys is spousal approval for their collector vehicles.

The idea that an old car will now become a beloved member of the family is the Walt Disney version of the situation because many car guys face a big battle when it comes to a new/old four-wheeled addition to the family.

Truly insane car guys with a fatalistic outlook will push the envelope even farther and try to include a Walton-sized family of old cars into the household. This may cause serious marital unrest that can even lead to death of a marriage in extreme cases, so it is important to ask that one question: how many is too many? 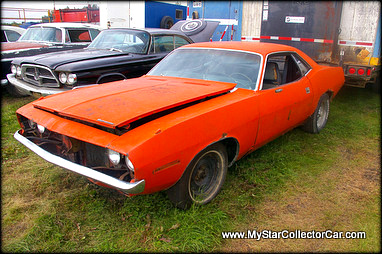 That’s because,in many cases one old set of wheels is too many and that is the stone cold reality faced by many car guys married to practical spouses who see little of the magic in old cars. So the first old car might be enough to trigger the end of the road for the marriage and what can only be hoped is the start of a beautiful friendship with an old car to dull the pain of a failed marriage and expensive divorce. 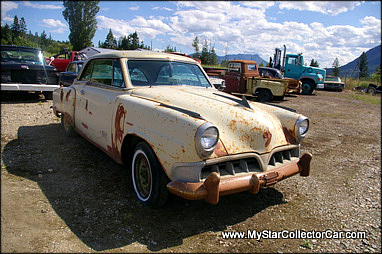 Bear in mind that the marriage, failed or otherwise, has made both people owners of the car, so it may even become expendable in a community property kind of way. The loss of the spouse will likely be painful enough, but the loss of the car will make divorce even more painful.

So the smart car guy will know when to fold ’em when it comes to gambling his marriage on old cars. Do not cross a dangerous boundary in this hobby and buy that divorce car.

There will be a number that just will not add up with your spouse and will cause big problems in your marriage. You may get away with one old ride, you may get away with two old rides, but there will eventually be one too many old cars and one less happy spouse in the equation by the tried and true mathematical formula of subtraction.

We at MSCC are definitely not marriage counselors and we know even less about women, but we do know when we see couples together at car shows for the right reason: the fact that they both like the car culture well enough to hit the road together in their mutual investment of a classic set of wheels.

Marriage is and has always been a partnership if you want a successful marriage.

Smart car guys realize that fact pretty quickly if they try to fill up the garage with old cars without their partner’s consent.