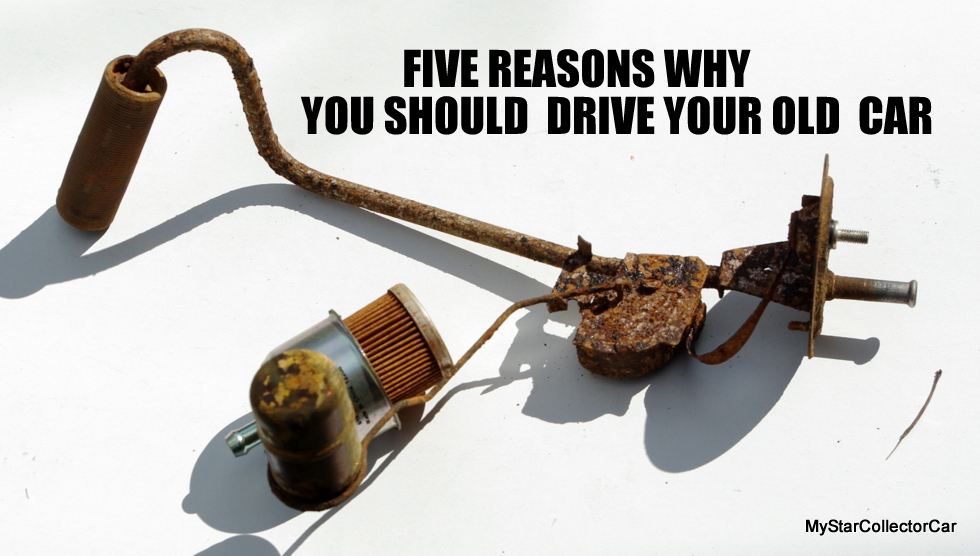 Old vehicles are similar to people because neither of them thrive when they come to a complete standstill later in life.

‘We recently spent some time with a car guy who has not driven his late father’s ‘68 T-bird for several years because it takes too long to bring it out of storage.’

He has committed a serious crime of neglect against his legacy Thunderbird because he was unwilling to do what the car needed most-spend time on the road. 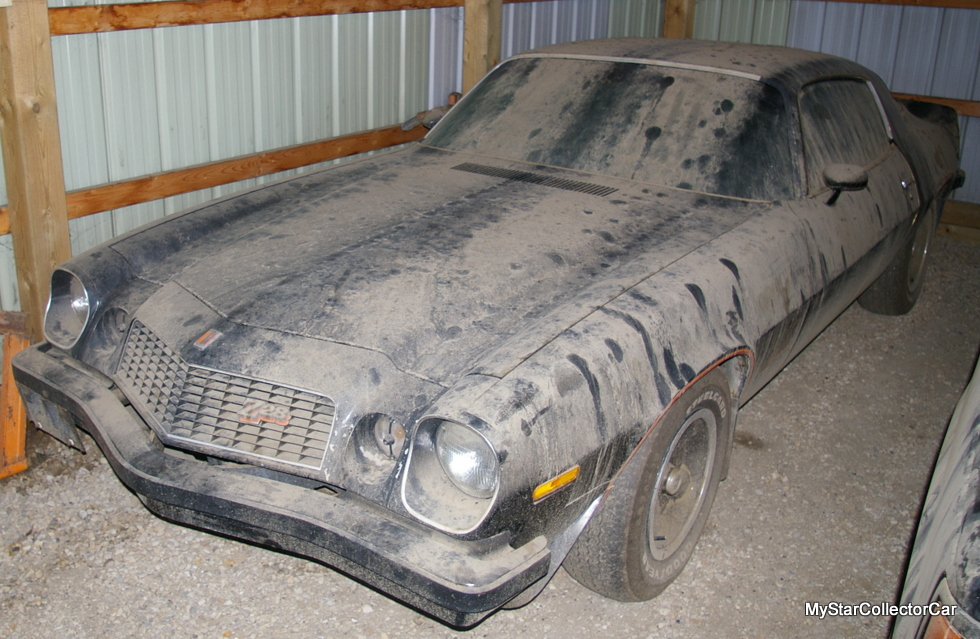 A lot of bad things happen to vehicles when they are locked away for extended periods of time-and we want to point out five of them now that we are in the car show season all over North America. 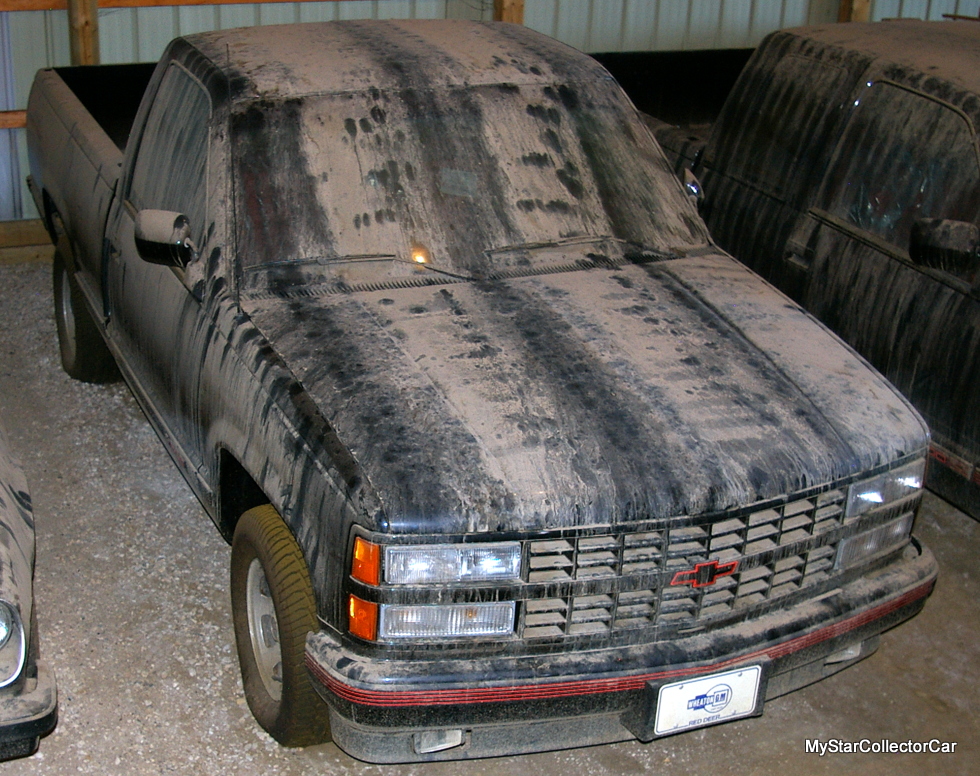 For example, we were able to take a few photos of what actually happens to a gas tank when the car sits for long periods of time. Today’s gasoline is no friend to old cars and loses its octane very quickly compared to leaded gas from a bygone era. The net result is a horrible-smelling, rust-colored fluid in the tank that will put out fires better than starting them. 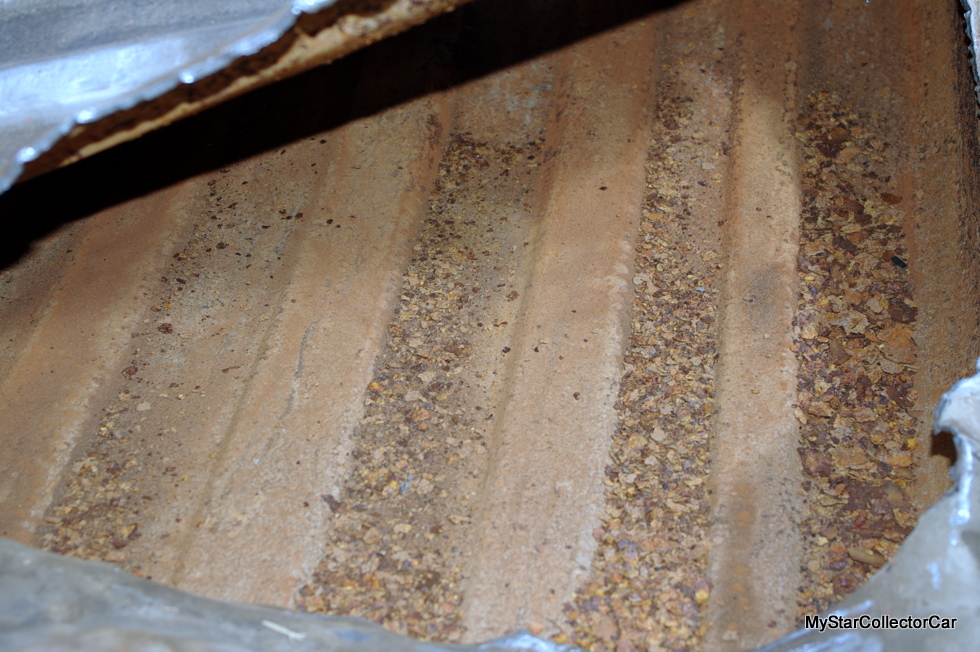 The rusty tank was in a car owned by the same person since it was purchased brand new in 1964 and unfortunately the car has not been driven very much since his death five years ago. The result was a gas tank that looked great on the outside and was full of rusty crap on the inside. 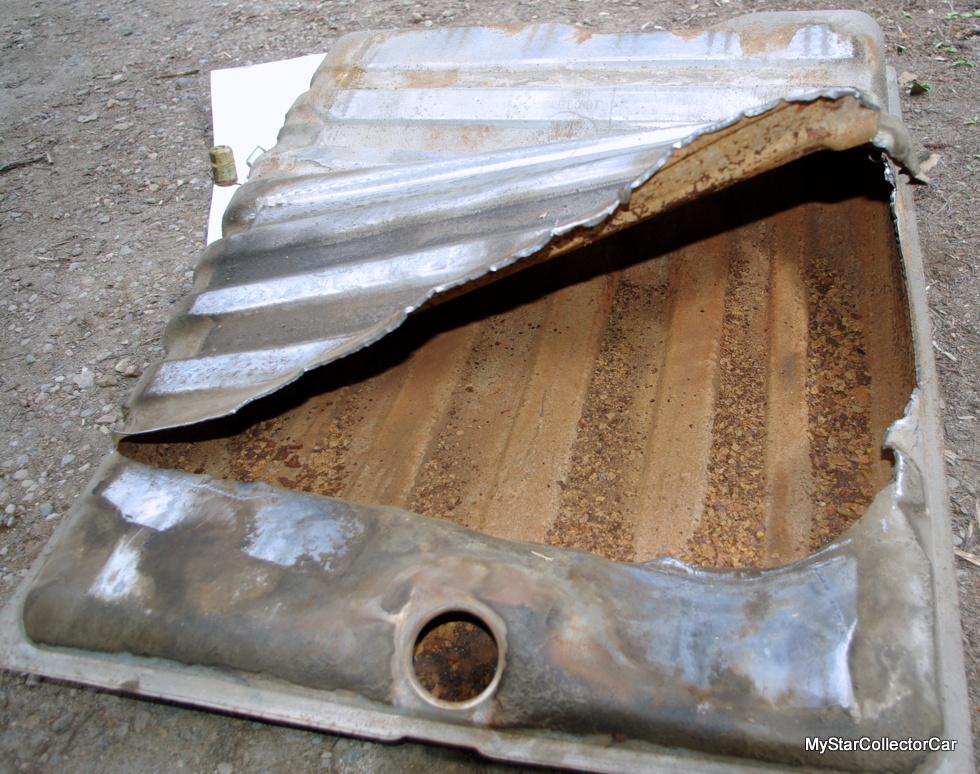 Even a new gas filter was unable to strain all of the rust particles from the fuel system and the result was a series of problems all the way up to (and including) the carb. Fortunately the car was taken to an older local mechanic who was well aware of the issues presented by a rusty gas tank and was able to solve the problem with a new gas tank and carb work. You can find replacement tanks at Spectra Premium and they’re based out of Canada. 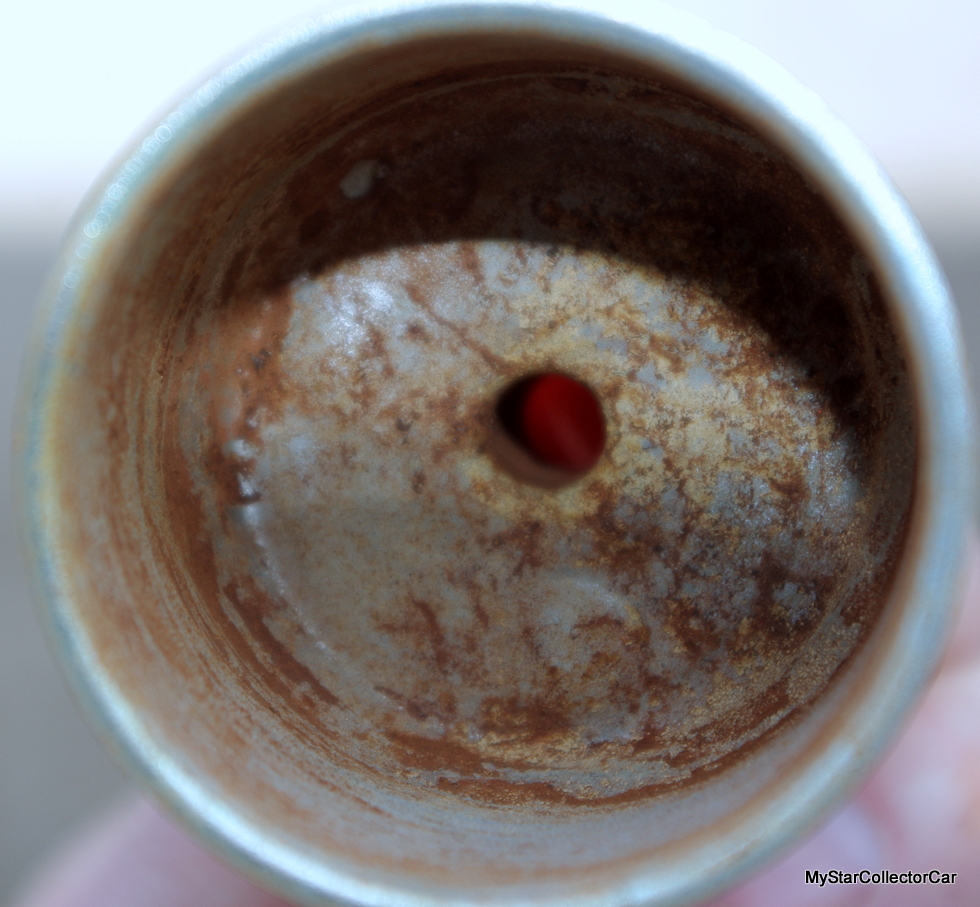 The problems with the fuel system can also occur in the cooling system if the vehicle has not been driven and was stored without proper considerations for the type and volume of coolant in the system. Rust is also an issue that will compromise the cooling system under the wrong conditions of prolonged storage. 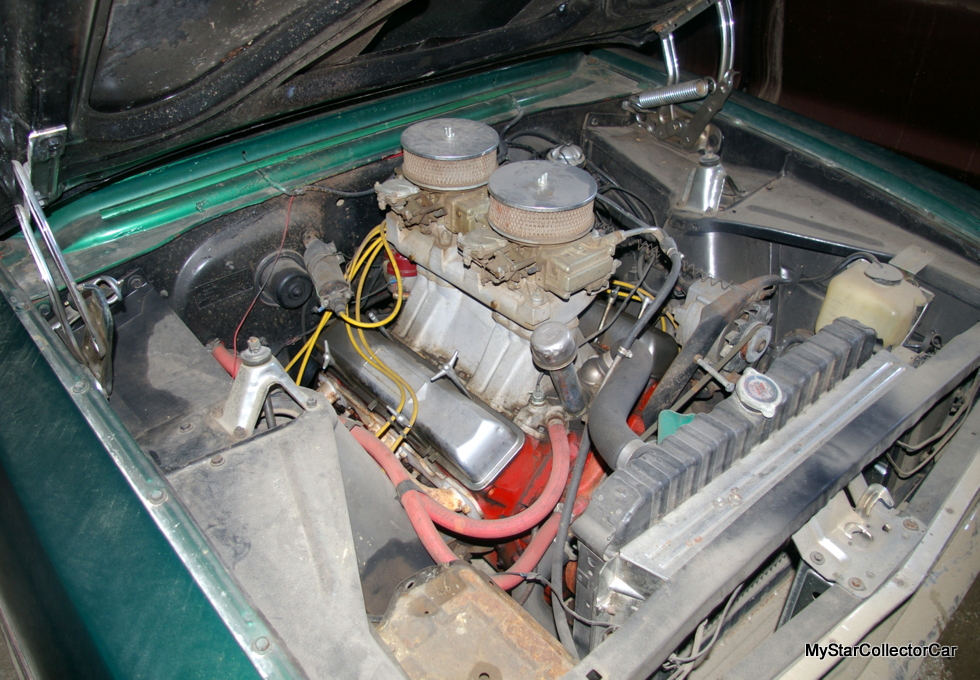 Long periods of storage can also present problems with the brakes because the older systems may have a single master cylinder and drum brakes on every wheel. The possibility of rust because of moisture in the old brake system becomes larger and so does the likelihood of a brake locked in position by rust. I had a vehicle where a locked right front wheel was part of my spring ritual on its first day out of hibernation every year-and it had a dual master cylinder. 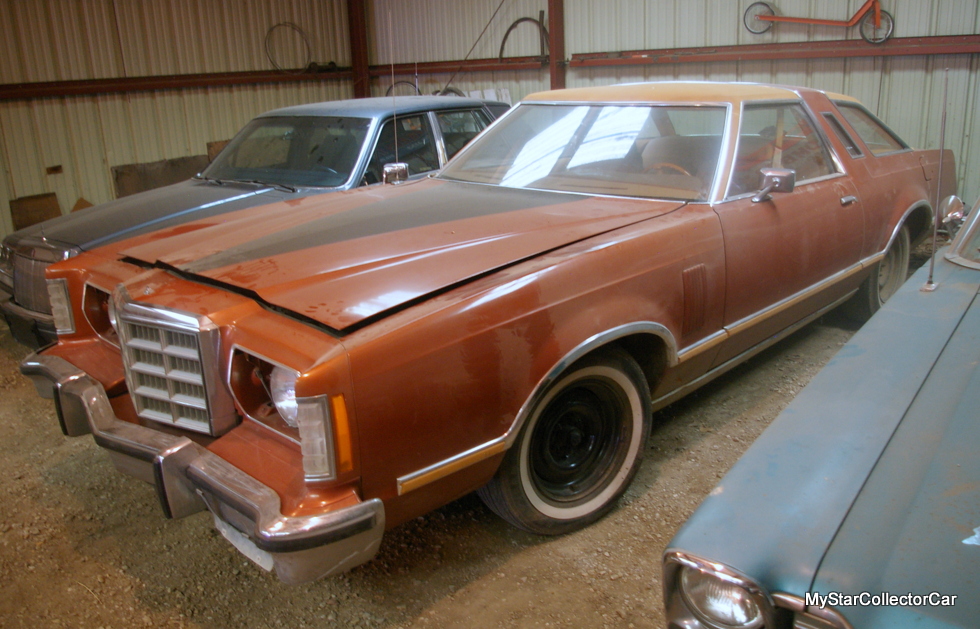 Older vehicles can also develop fluid leaks from too many years in one place because the gaskets and seals may dry out from lack of use. The easy fix is to drive them more and eliminate this unnecessary issue that arises from years of storage. 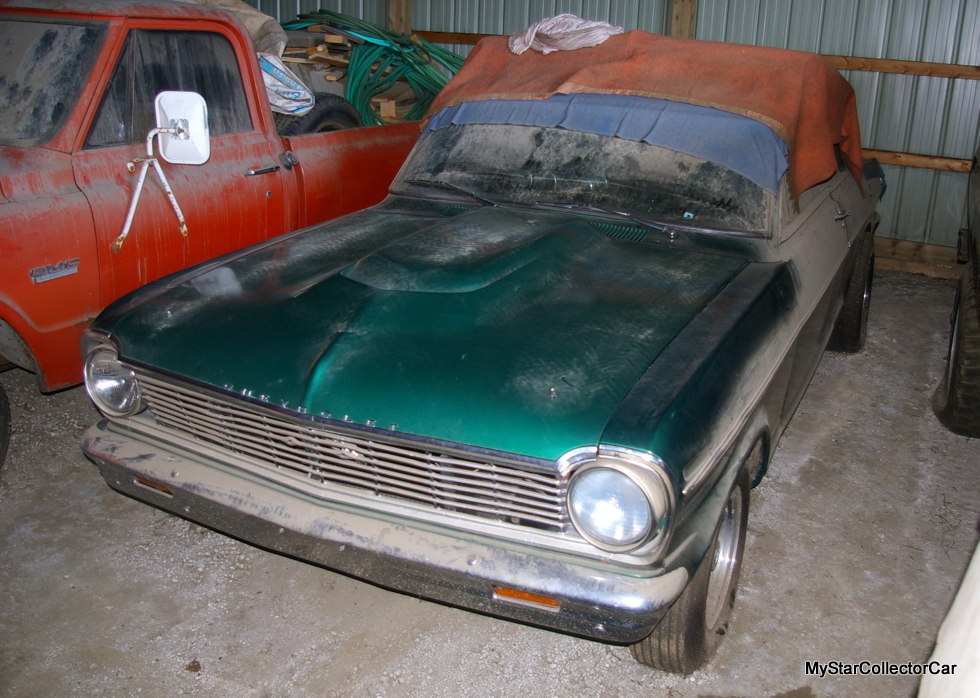 Another problem found in prolonged storage are the tires on the vehicles. An old ride sitting too long in one place will develop flat spots on its tires because they are never in motion. Sometimes the tires will find their mojo when they are on the road again and other times they are too far gone because they spent too long in one place and the rubber is damaged beyond repair. 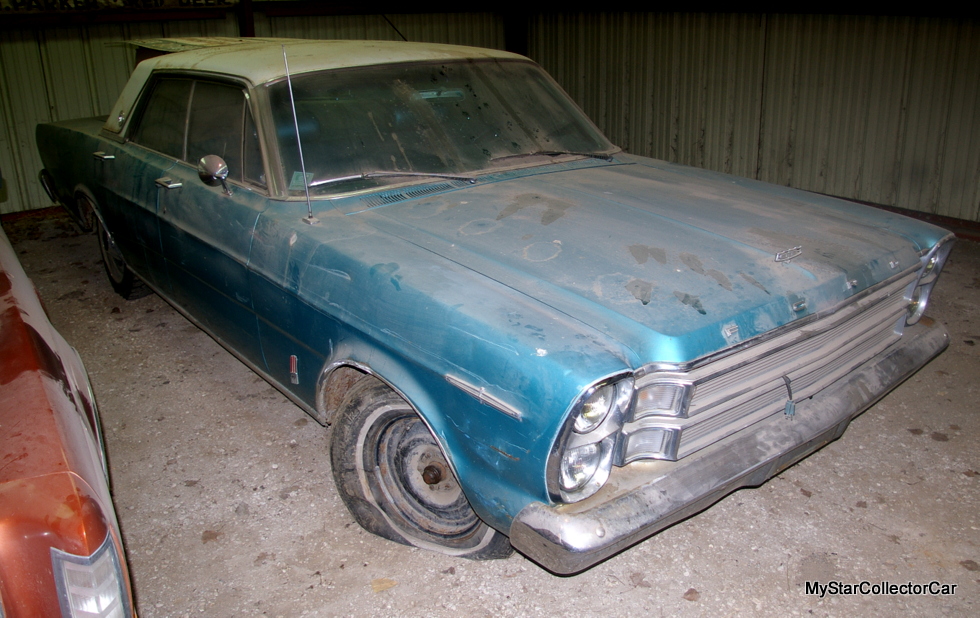 We at MSCC believe there is one simple solution to the problems that occur during prolonged periods of storage:

‘Drive ‘em-or sell ‘em to somebody who will drive ‘em.’