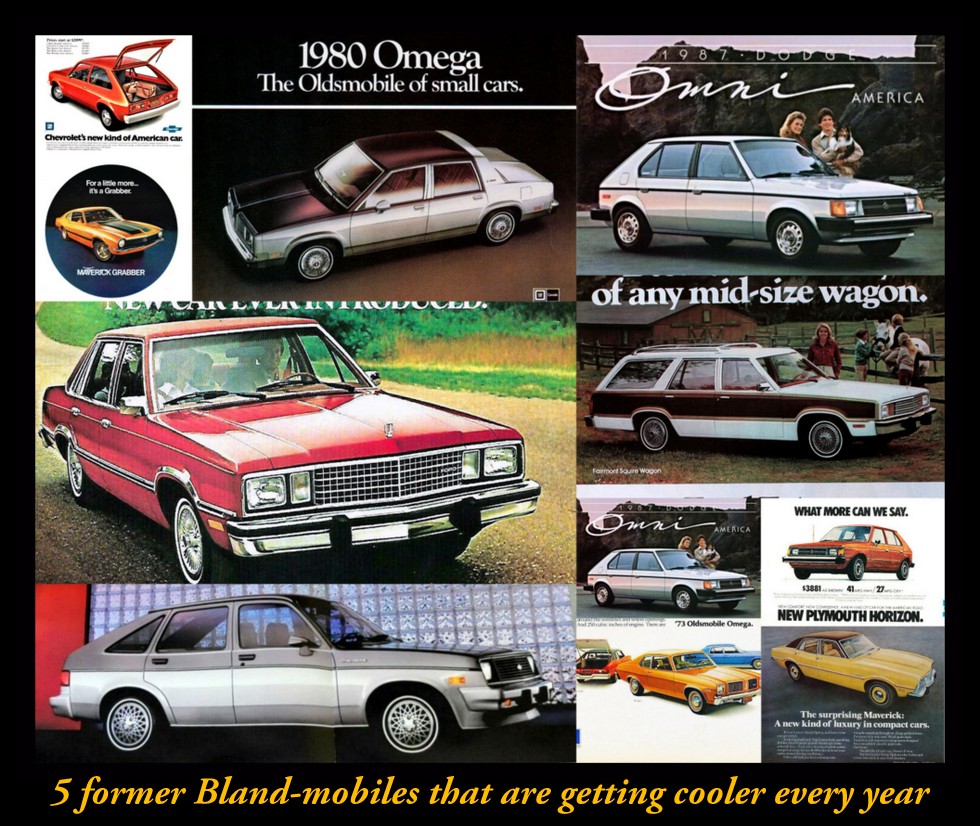 Automotive history is strewn with the metal carcasses of cars that left the factory without distinction or fanfare.

These unremarkable rides were purpose-built rides that inspired exactly no dyed-in-the-wool car guys from the vehicles’ glory days.

MyStarCollectorCar fondly refers to them as Bland-mobiles because these cars set few (check that–no) car guy souls on fire during their alleged heyday on the road. In fact, they may even have been the root cause of boredom-induced comas when they debuted in car dealership showrooms.

The first car on our list is the Olds Omega. These cars blew up the luxury angle for the Oldsmobile brand when they debuted in 1973 as an affordable compact for the masses. The Omega offered little luxury and even less performance during its 11-year production run, but the little Olds was a practical solution to the oil embargo for its buyers. 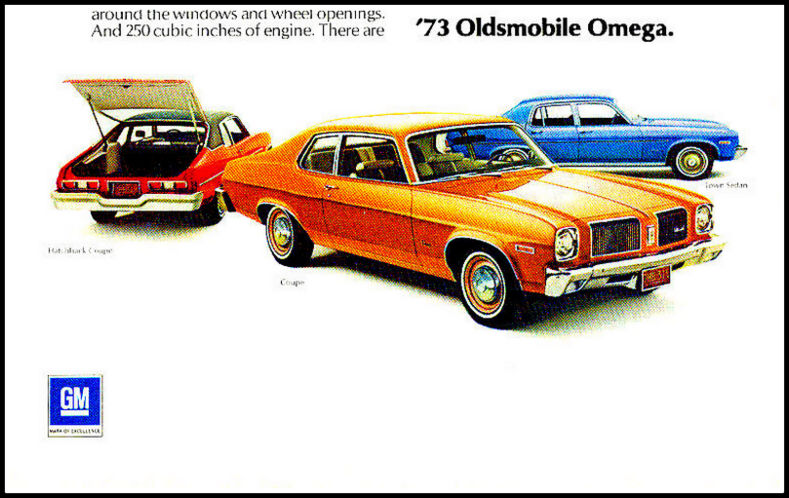 An Omega was highly unlikely to give its owners bragging rights during the 1970s and 1980s–unless the topic was marginal acceleration and average mileage-but their rapid disappearance from the face of the earth after 1984 has made them a cool addition to 21st century car shows. 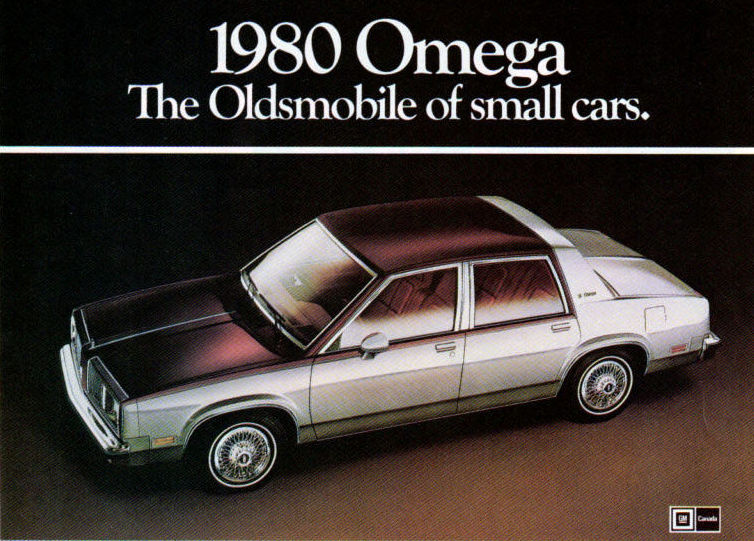 This forgotten refugee from the Me Decade is now a conversation piece because so few of them exist in today’s world and their handful of owners are now adventurous outliers in the grand scheme of things.

The second car on the MyStarCollectorCar Bland-mobile list is the Ford Maverick. The rakish design of the two door fastback versions was not enough to push these cars into the fast lane of coolness when they debuted in time for the 1970 model year. 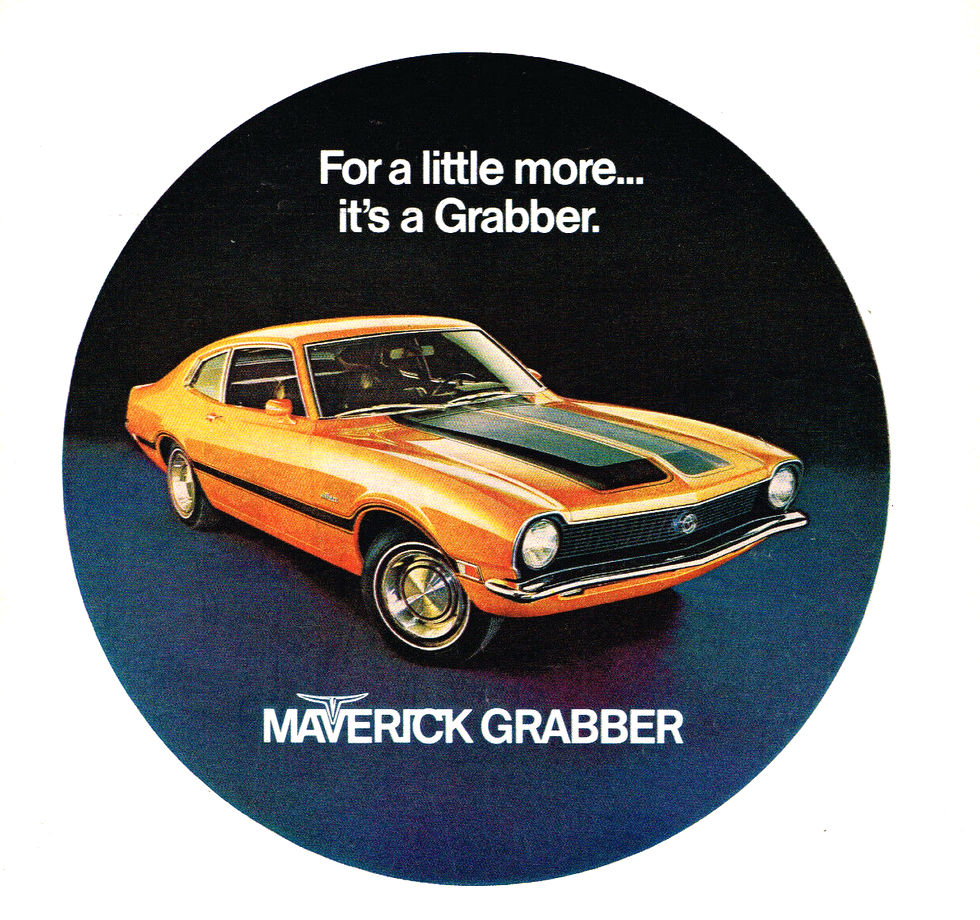 The Maverick added many sporty cosmetic features during the 1970s, but it was largely a lipstick-on-a-pig strategy in the eyes of many car guys at the time. The 302 small block V-8 option was a nice touch for the Maverick power options, but the engine was gelded by heavy-handed 1970s government legislation and prevented the Maverick from enjoying any real credibility as a cool muscle car. 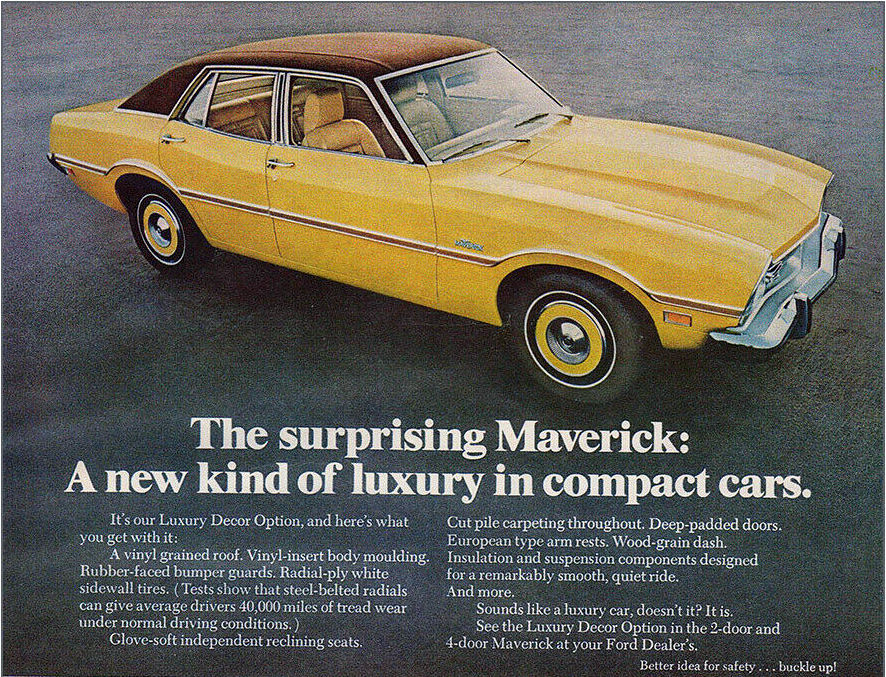 The disposable car trait that was a critical component of every Bland-mobile’s DNA (including the Maverick) meant these cars headed in the same general direction as the now-extinct passenger pigeon and are rarely seen on the road in modern traffic. Their rarity has morphed Ford Mavericks into automotive rock stars at 21st century car shows.

Our third addition to the Bland-mobile list were the sub-compact twins from Chrysler. The Dodge Omni/Plymouth Horizon models made their debut in the late 1970s and were pioneers in Chrysler’s effort to get smaller and more efficient during a decade of skyrocketing gas prices. 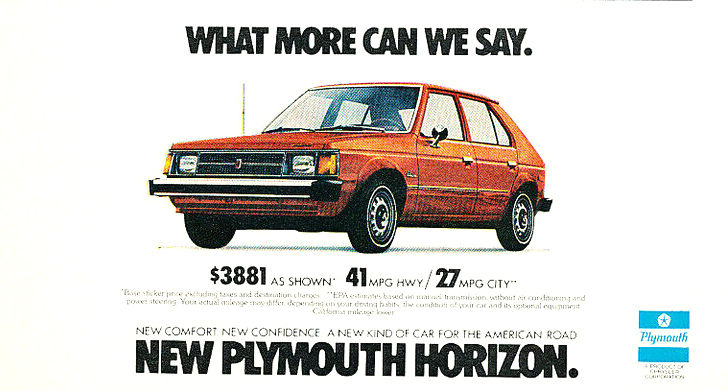 MyStarCollectorCar lumped the two Mopar models together because the Omni and Horizon models were indeed automotive lumps built by a designer who seemed to have a straight edge fetish. Chrysler added more power and style into the Omni/Horizon mix during the 1980s, but the first-generation models were late for the crusher from the first day they left the factory. 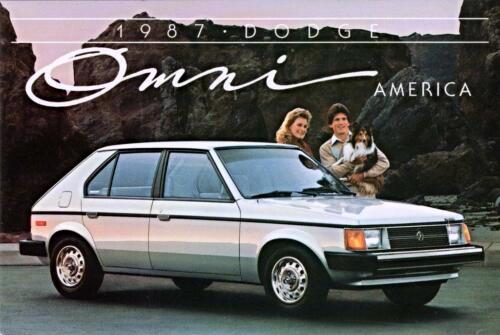 The fact that very few of these early model Omni/ Horizon models are still around has given the cars a new lease on life as a bold reminder of a mediocre sub-compact period in Chrysler’s history. The small Mopar cars that missed a date with a crusher are now cooler than at any time in their sorry history.

Our fourth member of the formerly uncool car club is the Ford Fairmont. These cars were produced between 1978 and 1983 for the North American car market. The Fairmont was not a pretty car in the traditional (or accurate) sense of the term and seemed to get most of its design inspiration from an era that also embraced disco music in a big way. Both the Fairmont and disco music suffered from terminal mediocrity during this time frame. 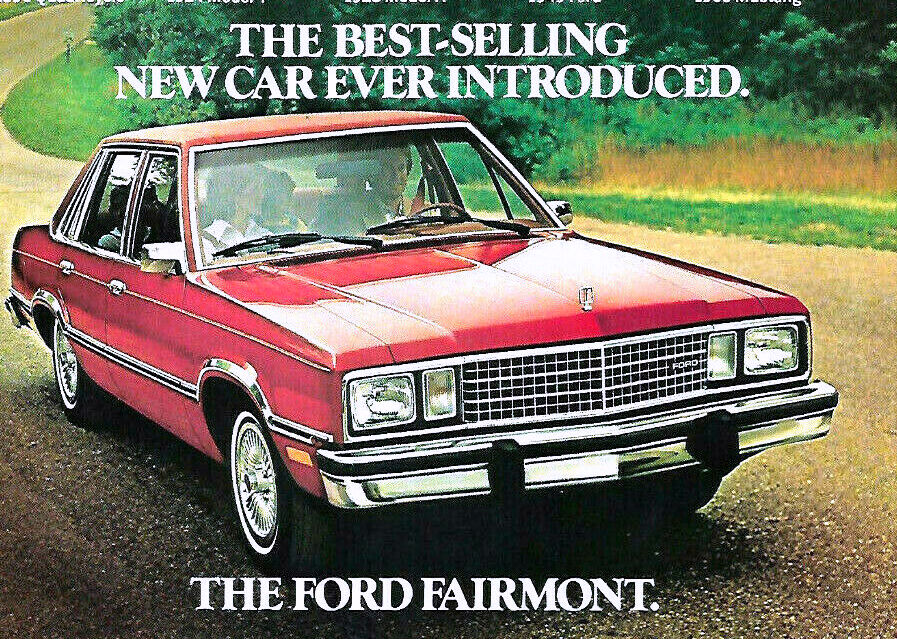 The Fairmont attempted to bridge the gap between bland and sporty with its two-door coupe versions but the sad result was a car that was an automotive style equivalent of a bald guy with a comb-over. 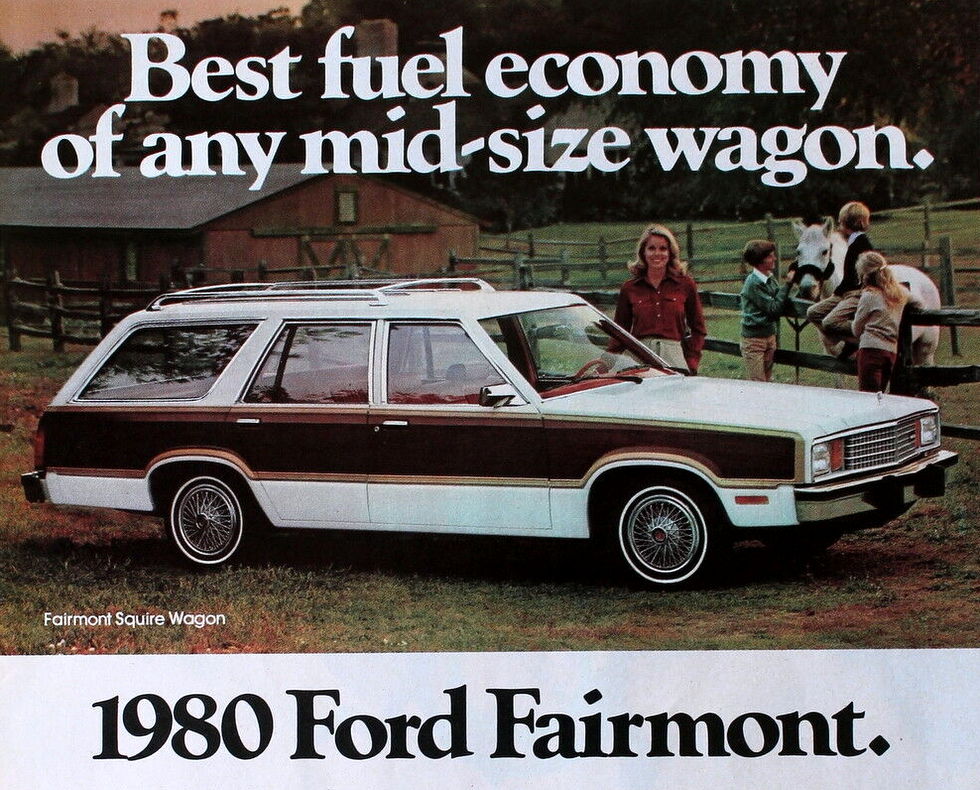 In short, the Fairmont was unable to climb the mountain of good design or taste when it debuted in 1978 but its homely style now has a cool retro feel to it in 2019.

The fifth and final addition to our Bland-mobile list is the Chevy Chevette. The little GM sub-compact was sold from 1976 to 1987 and enjoyed an enormous amount of popularity during its 11-year run. 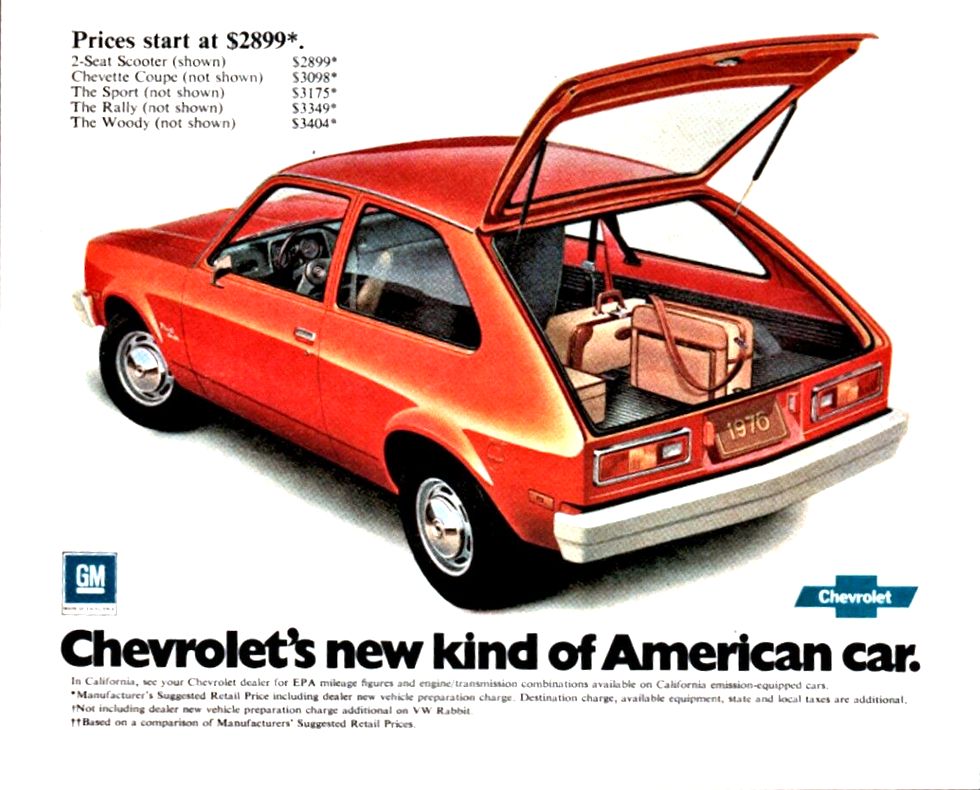 The Chevette was built to be a second fiddle car in the grand scheme of things because of its small size and frugal approach to fuel economy. There was nothing particularly stylish about a Chevette and it was never equipped with its GM cousin Corvette’s coolness as a factory option.

The Chevette was another good example of a disposable car that failed miserably in its attempt to capture the hearts and minds of any car guy with a pulse or soul. It stayed one step ahead of the crusher until it was finally given an Old Yeller ending- only without the tears.

The happy ending for the Chevette is its predictable Bland-mobile scarcity in 2019 because few people of sound mind and body would keep one for several decades. Now the Chevette is rare enough to cause a stir on the street in the 21st century.

There you have it, a MyStarCollectorCar look at a list of past automotive mediocrity that is now heavily infused with the cool factor.