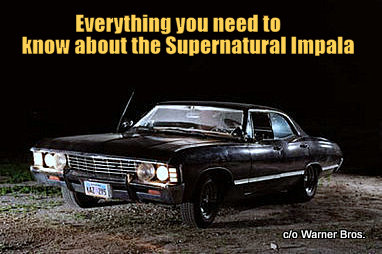 I remember when I first heard about the show Supernatural.

The basic premise revolved around two brothers (Sam and Dean Winchester) who were on a perpetual road trip to battle unspeakable evil forces.

‘I’m a huge fan of road trip TV shows and the unspeakable evil part was a bonus, but the icing on the cake was their car.’ 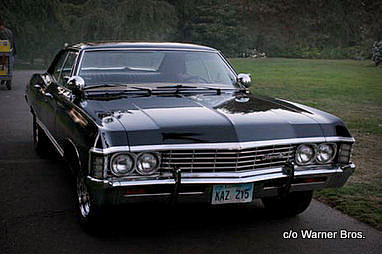 Car guys are like wolves in search of prey, so the mere mention of the Impala sold me on the show before it aired back in September 2005. My older brother Stu bought a brand new ’67 Impala when I was an impressionable kid, so these cars have always been an icon in my world.

The Supernatural Impala was even cooler than Stu’s because his was a two-door hardtop and Dean’s is a four-door hardtop. Four-door hardtops are so rare they’re practically extinct, consequently they’re like a reclusive star who shuns the Hollywood spotlight, but this Impala shows up every week to a mass audience.

The cool factor went through the roof when Dean Winchester insisted on only one brand of music in the car.

You never hear anything but Kansas or Bad Company in his big, black Impala, This really makes sense, because if you’re going into battle with demons, werewolves and really nasty fallen angels, you definitely need to be pumped up. 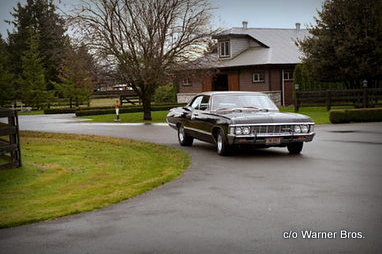 Supernatural is everything and more in the good versus evil game and it goes off the beaten path in the battles with these malevolent forces.

My car-guy curiosity really spiked with the ’67 Impala because they could have picked any classic car for these guys to drive. Cars like Camaros, Mustangs or Chevelles are much more common and newer versions are even easier to find but they picked a black full-size Chevy for Supernatural.

I definitely had some questions so I contacted Lisa Mitchell at Warner Bros. and she forwarded them to Jeff Budnick.

Jeff’s role is Picture Car Coordinator and he was a fountain of information about the Impala. 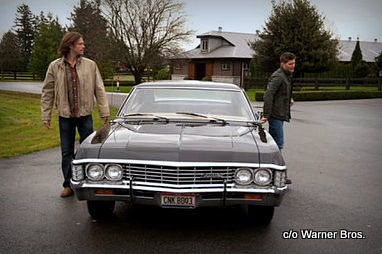 1-Why did you choose a ’67 Impala 4-door hardtop for the show?
“The car was picked by the producers as they were looking for a muscle car that was big enough to shoot in with easy access”.

3-Is it difficult to find these cars? It was gone for awhile-was that a supply issue?
“Very hard car to find as most collected 2-drs and converts so as a 4-dr-hardtop it is a very hard car to find. When the car was missing it was script driven but I was kept very busy as they would steal a muscle car from town to town”. 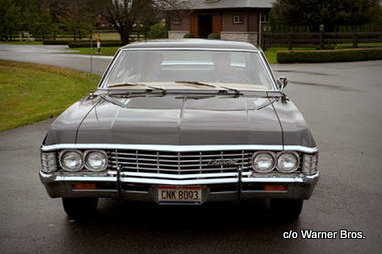 4-Do you find these Impalas locally or do you have to look further afield?
“All but one car was from the U.S. The lonely Canadian car was destroyed by a demon driven semi at the end of season one!”

5-Are there any special mechanical modifications done to the cars for filming?
“We have cars that are built for different applications such as a “burn out” car, “slide car”, dark tint glass etc. They are a very dependable car considering the demands the film industry requires”. 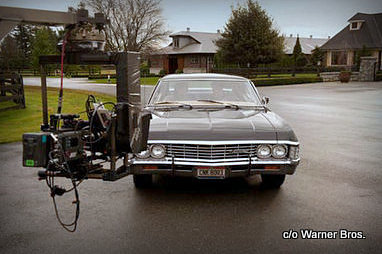 6-These are pretty old cars and they look pretty stock so have you had any problems with them during filming (things like not starting or any other quirky old car issues? (our readers could sure relate to that)
“We do not have issues very much as they are in good condition. Old cars are easier to fix so if there is a minor problem we deal with it ourselves. We always have 2 cars on set in case one fails”.

7-What do the actors (Jensen and Jared) think about the old Impala? They’ve been around it for years-do they have any connection with it?
“I believe they both are fond of the car as it has been the “third” actor for 9 seasons and has serviced their needs very well”. 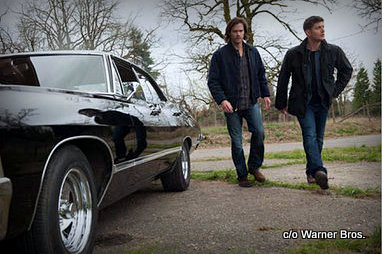 8-Is the Impala going to stay on the show for the duration of the series?
“You never know what the future will bring, we will just have to keep watching!” 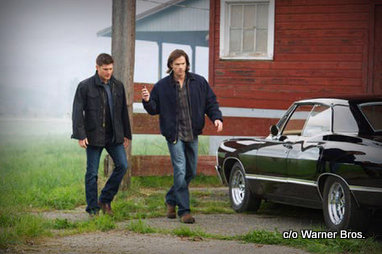 Supernatural is a great show with many moving parts and the car is a huge moving part within the series. This big, bad ’67 Impala is going to be one of those signature celebrity cars for the ages because it’s off the chart cool and it’s a key weapon in the eternal struggle against evil.

This Chevy is a classic ride that helps the Winchesters fight more bad guys in a week than the Batmobile does in a year.

Can you ask anything more from a very cool, 47-year-old car?

SEPTEMBER 16, 2015: THE DISAPPEARED…WHAT WAS ONCE COMMON IS NOW HISTORY