There’s an old National Geographic TV special called ‘Eternal Enemies’ that chronicled the relationship between a pride of lions and a pack of hyenas.

This show documented the tumultuous and often fatal struggle for survival between these two natural enemies and it didn’t have a Walt Disney ending.

The hyena was taken out in less than 30 seconds in the final showdown between a giant lion and the leader of the hyenas.

Clearly the “wife versus old car” dynamic is less violent. 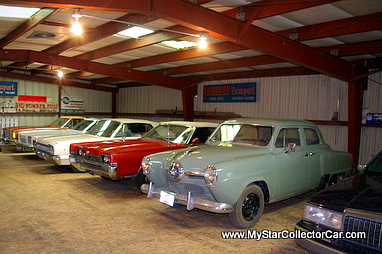 Most car guys have a “subject to” clause in every discussion about cars-it’s called spousal approval. There are exceptions to this rule but 99 out of 100 interviews I do with car guys have some kind of “cleared it with the wife before I bought it” underlying theme.

In a way this is good because nature is a series of checks and balances. An unchecked old car addiction can migrate into a “my neighbors just filed a court injunction” scenario overnight.

That’s the upside of a rev limiter on the car guy tachometer but the problem is that the majority of women see old cars in the same light as a combination of a gambling, drinking, crack cocaine addiction.

That’s completely wrong because most car guys know that a stiff car project is far more expensive than a mere drug addiction.

Before I get those cards and letters-yes, I know there are many exceptions to the wife vs car dynamic but like the albino elk, it’s not too common in nature. Most wives are more like Jill Taylor than Danica Patrick but there are definite exceptions like this ’65 Rambler wagon in a February 2013 MSCC article.

These same wives should never forget that a car guy is easy to find because he’s always in his garage. That’s an asset.

Plus he’s ten feet away in the garage all night, every night where the real danger isn’t wayward women…it’s a faulty jack stand.

In reality, there may never be an end to the “Hostes Sempiternos” (Eternal Enemies) struggle between wives and old iron because the lions and hyenas have been at it for 100,000 years with no end in sight.

That doesn’t bode well for you, your wife or that ’58 Pontiac in your garage.