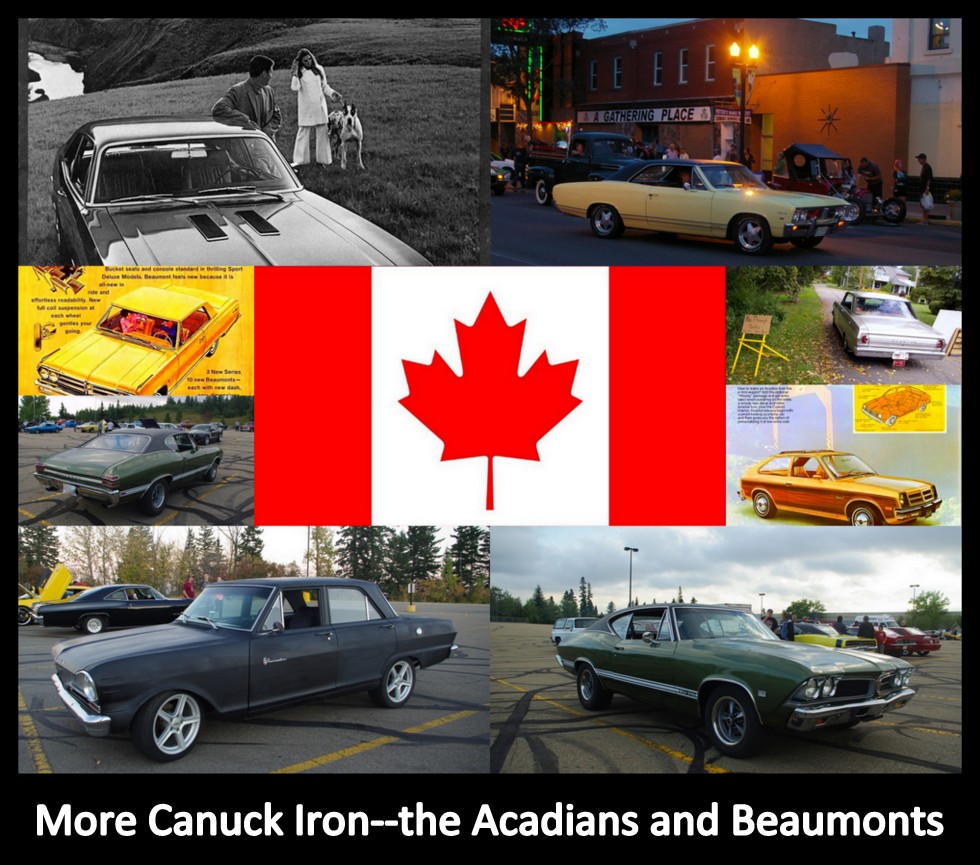 MyStarCollectorCar recently ran a piece about the Canadian versions of the Pontiac brand.

The article was an eye-opener for our readers in both Canada and the United States.

However, there were many Canadian readers who tossed out a few car names that were not included in the Canuck Pontiacs article.

Some were Ford or Chrysler brands that were not part of our Canadian Pontiac story line in that article, but we will discuss the other Canuck car brands in future MyStar articles. 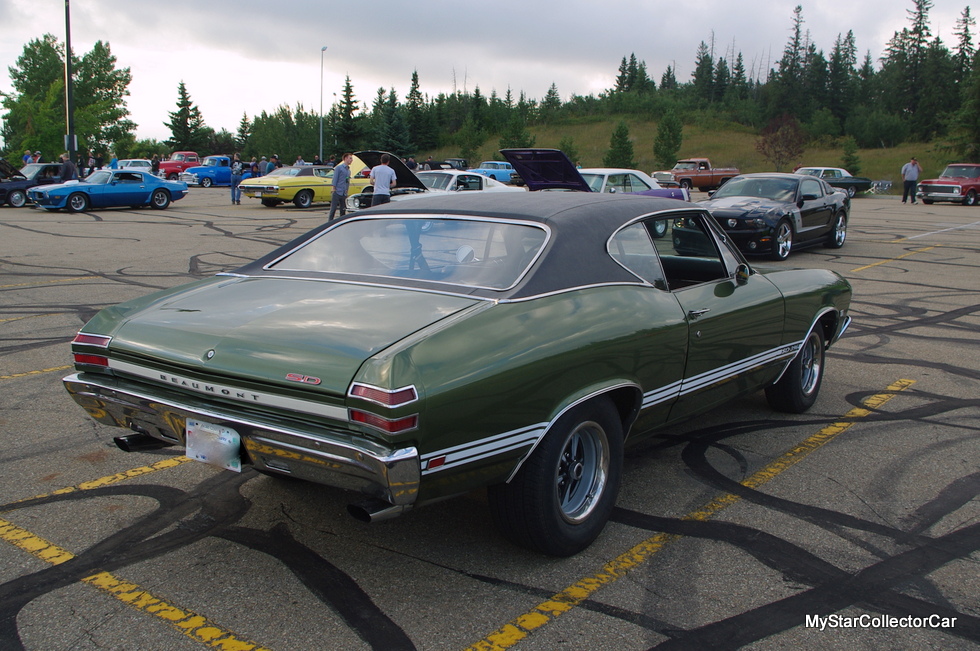 Other readers pointed directly at Canadian-only GM brands like the Acadian and Beaumont. These Canuck cars were kissing cousins of the Chevy II and Chevelle models in the Great White North during a bygone era. 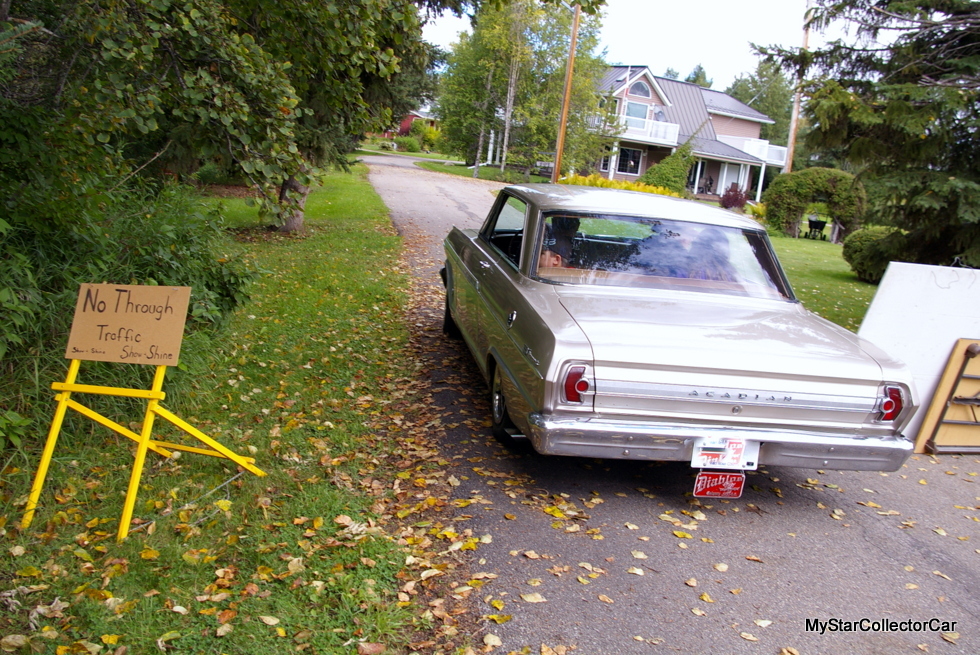 The two Canadian brands were even sold by Pontiac dealers in Canada so it is understandable that we received plenty of feedback about them from our Canadian readers.

The compact Acadian was first on the automotive scene in Canada when it debuted in 1962 and gave Canadian Pontiac dealers a clone of the Chevy II. 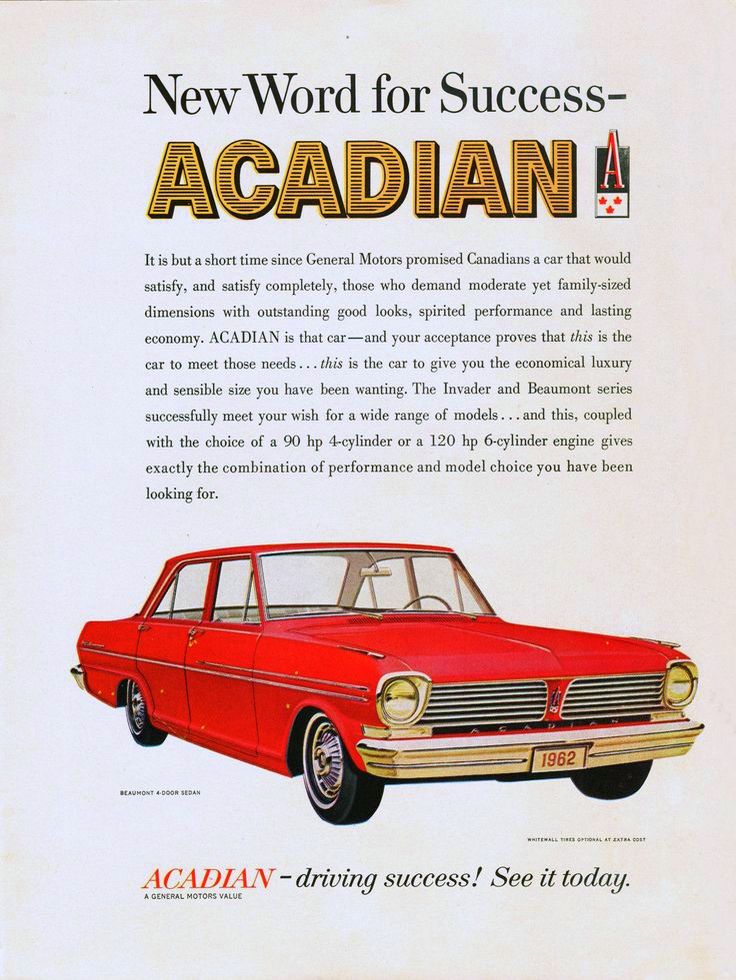 The Acadian name was derived from French settlers who migrated to the Maritime region of Canada during the 1600s and 1700s. Some Acadians were unable to find their happily-ever-after future in Canada and wended their way south to Louisiana where they became known as “Cajuns”, presumably to shorten the Acadian name because of the heat, humidity and moonshine.

MyStarCollectorCar discussed the car wars between Canada and the United States at length in our story about Canadian Pontiacs, so we will stay off that history road this time. In a nutshell, the result of the disagreement was two separate automotive worlds because large export tariffs will affect trade in a big way.

As a result, the Acadian was made only in Canada during this chaos and a little known car legend (outside of Canada) was born in the land of the Canucks. As mentioned earlier, the Acadian was essentially a re-badged Chevy II during its initial 1962-71 run and was phased out when the Auto Pact agreement between Canada and the US took full effect. 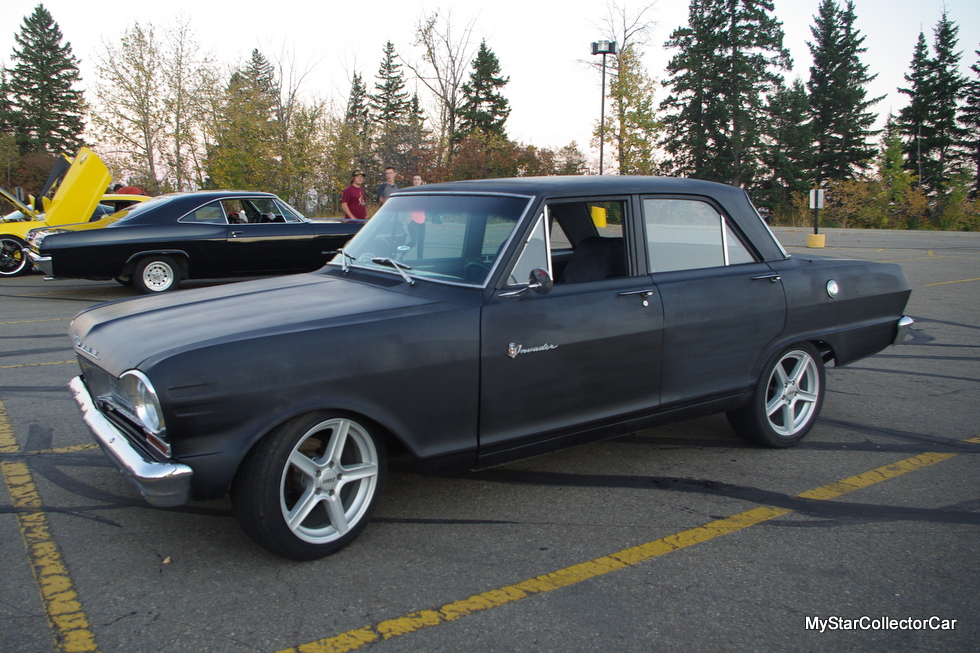 Purists will note the introduction of the sub-compact Pontiac Acadian in 1976–and also sold only in Canada until its timely end in 1987. 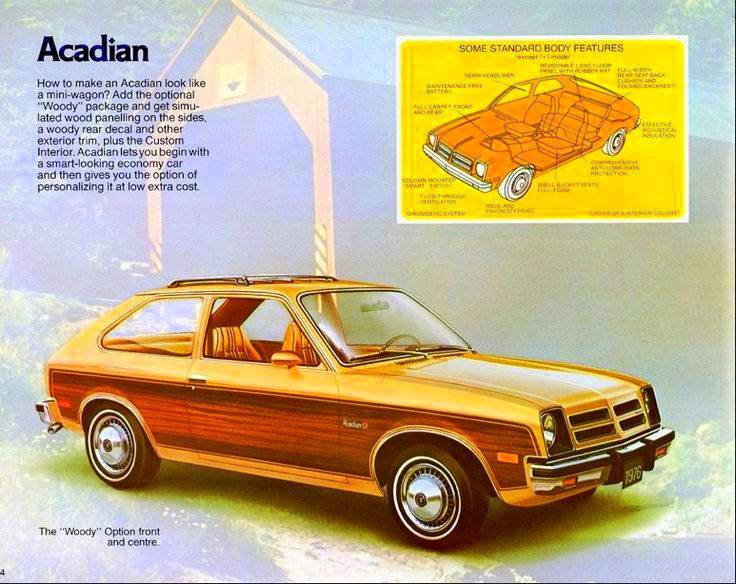 However, the first-gen Acadian morphed from a modest four-banger into a full-blown monster with the same V-8 options as the Chevy Nova (the car formerly known as Chevy II). The muscled-up Acadians went into the automotive history books with a bang–not a whimper–and took their place in Canadian automotive folklore. 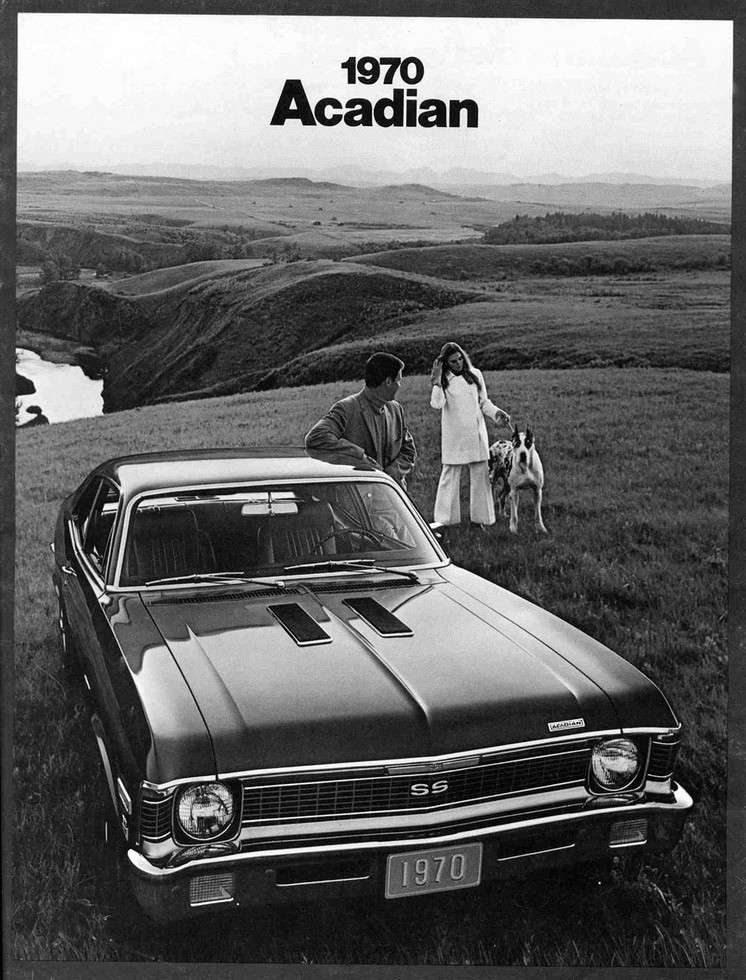 One of the offshoots of the Acadian was the Beaumont. The Beaumont was initially a top-of-the-line Acadian model and separated completely from the Acadian in 1966 as a standalone Canuck brand.

The Beaumont shared most of its history with the Chevelle and the Acadian name was dropped from the car to make the Acadian/Beaumont divorce final to give both models their own unique identity in Canada. 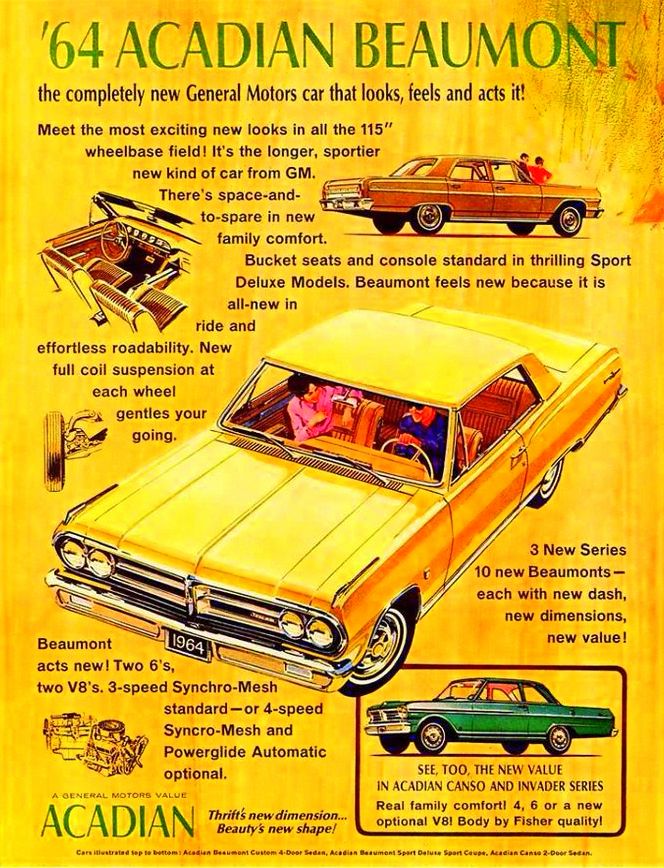 The Beaumont tends to confuse people because of its shared lineage with the Chevelle. The trim package on the Beaumont is the best way to distinguish the car from the more popular Chevelle models. 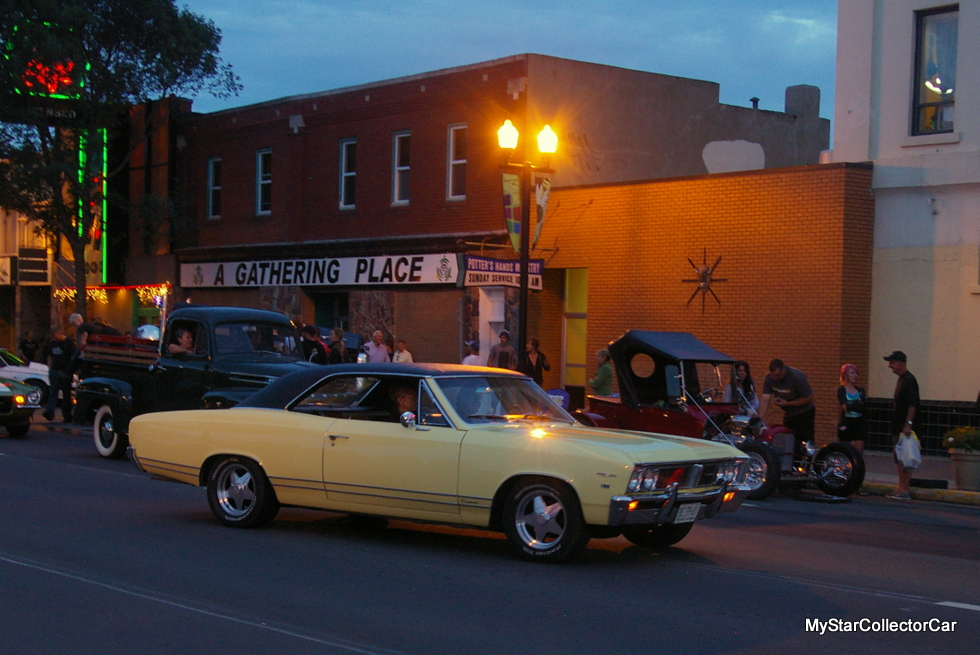 Both cars offered more muscle under the hood as the 60s moved into the last few years, but only the Chevelle would survive into the 70s because of the cross-border auto agreement. The Beaumont and its Canadian-only legacy would ride off into the automobile sunset. 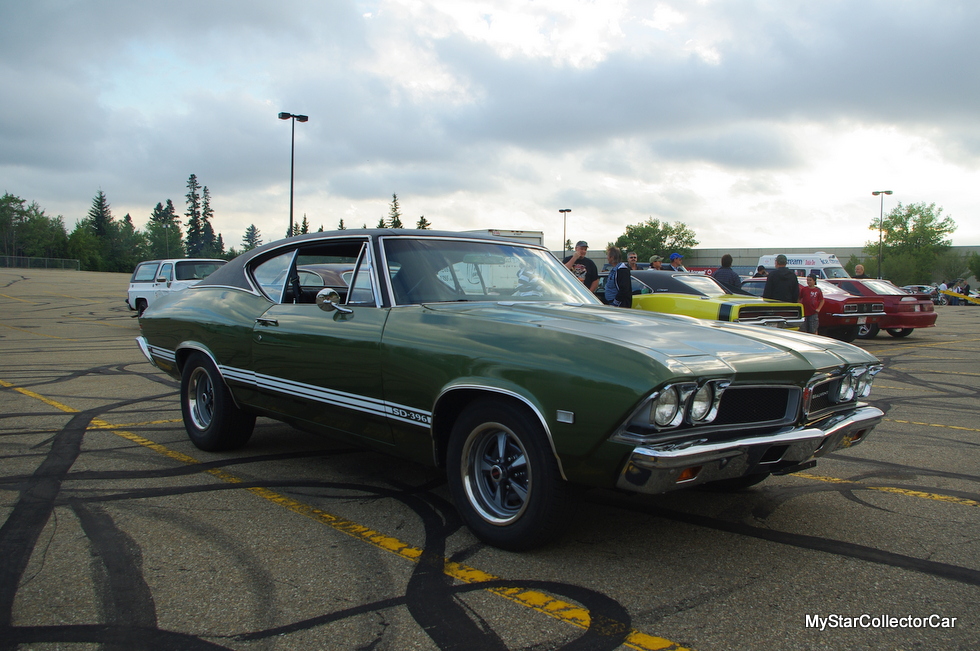 The Acadian and Beaumont were a unique part of Canada’s car history and will never be forgotten by their many Canadian admirers in the car hobby.

Some of these Canuck cars survive to this day and most of the cars’ current owners burn up their spare time explaining their cars to puzzled strangers.