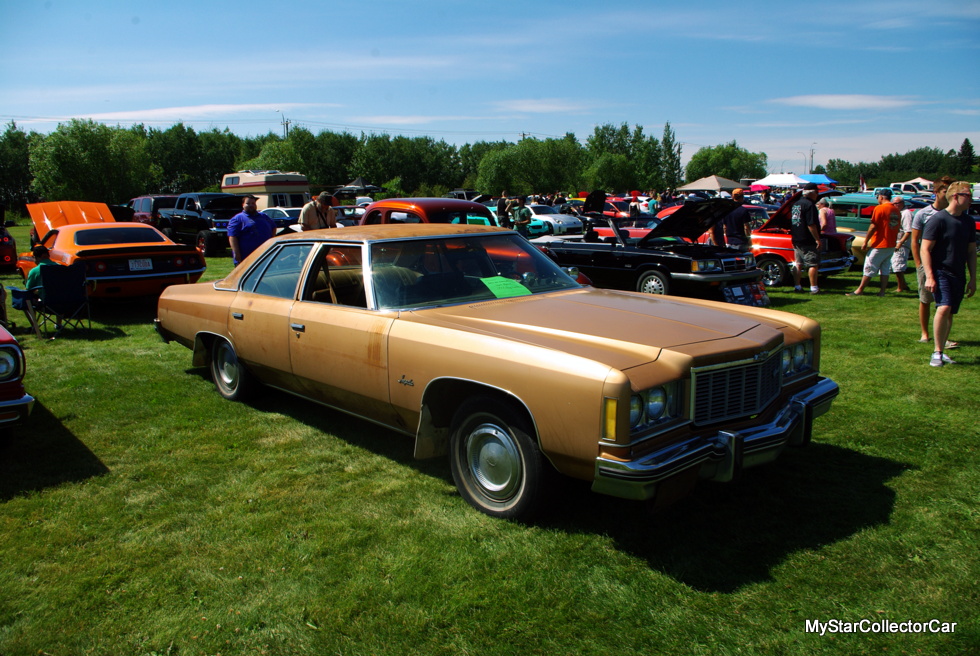 There are two rules in the car guy handbook:

Do not buy a more-door (four-door sedan) and do not buy a car from the Seventies.

Logan Bagnell is a young guy who was born long after the Seventies and does not carry a natural contempt for cars from the Me Decade (70s) or four-door sedans. 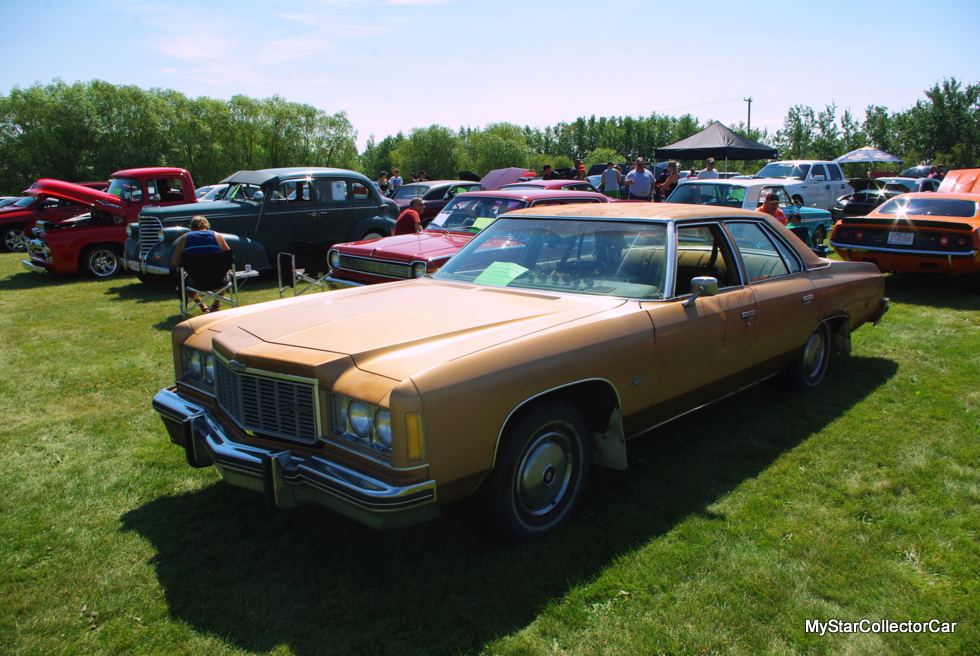 These cars are still affordably cool for Logan and he is not alone when it comes to his car purchase tastes because there are many car guys from his youthful generation who share his views.

70s-era cars offer a bygone style that is easily identifiably hip on the street and cost a fraction of the average price tag for a vintage vehicle. Cars from the 1970s may have been labeled “Malaise Era” cars by a smug automotive writer desperately seeking attention, but 70s cars are a valuable part of automotive history in MSCC’s opinion-and Logan’s.

Logan wanted to own a 70s car because many of his car friends bought cars from this decade and he knew he could afford to own one.

Logan was able to purchase a survivor 1975 Chevy Impala four-door sedan for a very reasonable sum and he is very happy with his car. Logan has used the car as a daily driver since March, 2017 and likes the big car comfort found in his ‘75 Impala. 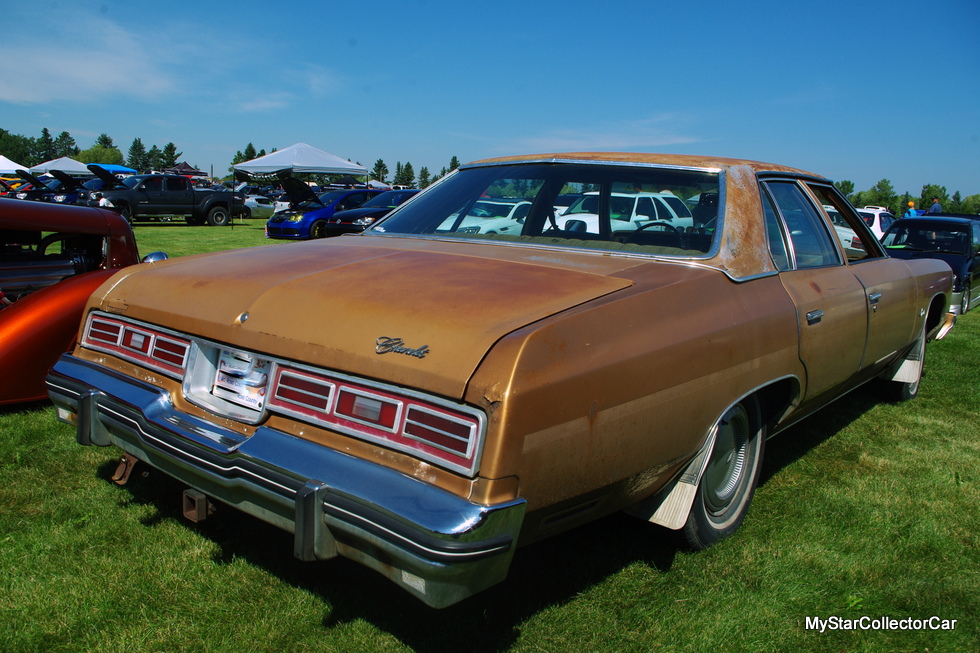 Logan purchased his Chevy from its second owner and has repaired some of its minor mechanical issues, including the Impala’s water pump. The car has about 111,000 miles on it and still has its original 350 engine and automatic transmission to get it down the road. 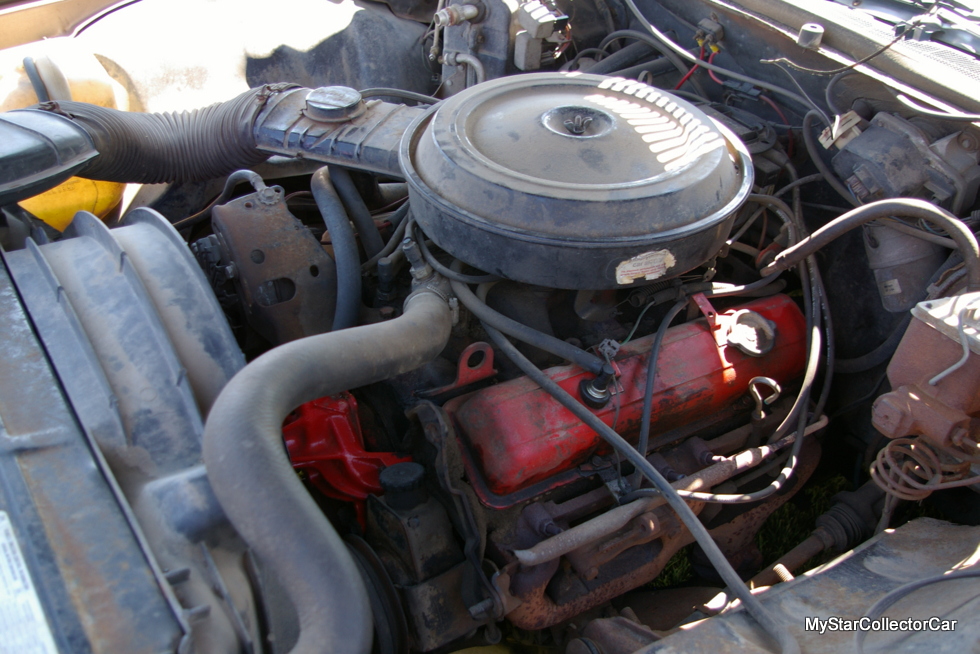 A 1975 Impala is known as a “bumper car” because it has large bumpers that will withstand a 5 mph crash with no damage.  Logan was able to test his bumpers because another car ran into him at low speed and left no discernible damage on his Impala. The collision was barely noticeable to either Logan or his car. 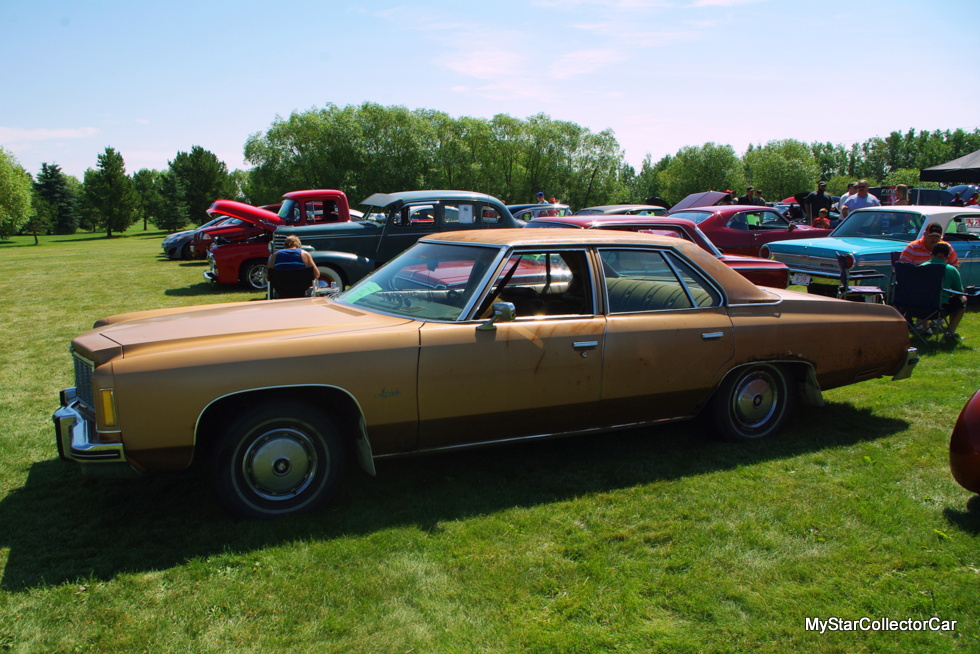 Logan was not onside with the ancient AC system in his car, so he pulled it from the car and now enjoys better efficiency from his ’75 Chevy. It should be noted the factory rear defogger still works on Logan’s Impala. For those who may not know, the defogger is a rear fan that helps remove condensation (but not ice) from the rear window of an older car. 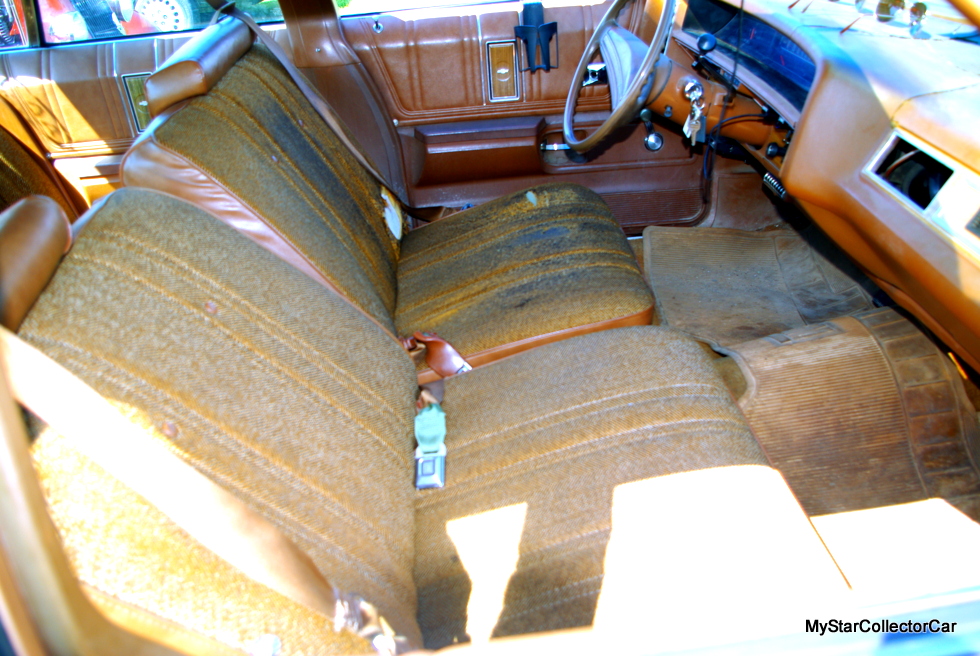 The previous owner had choke and starting issues because the Chevy still has its original 4-barrel carb and Logan was able to work with the carb-even if he has not yet cured the problem. 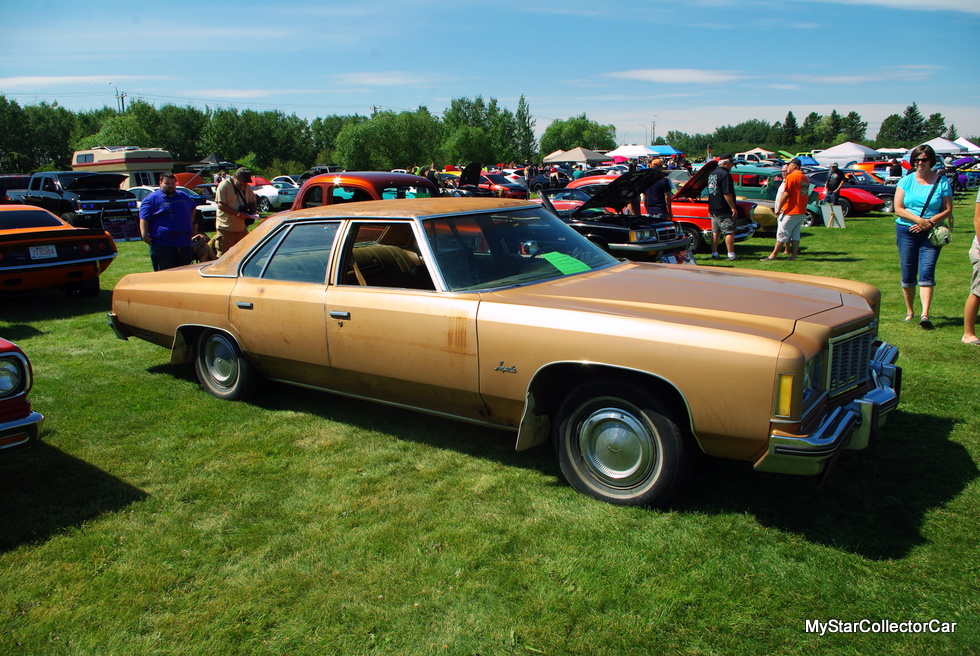 The last owner put in a brand new heater core in the Impala, so Logan will be able to test the boundaries of colder weather in his car. So-far-so-good for Logan and his Chevy. 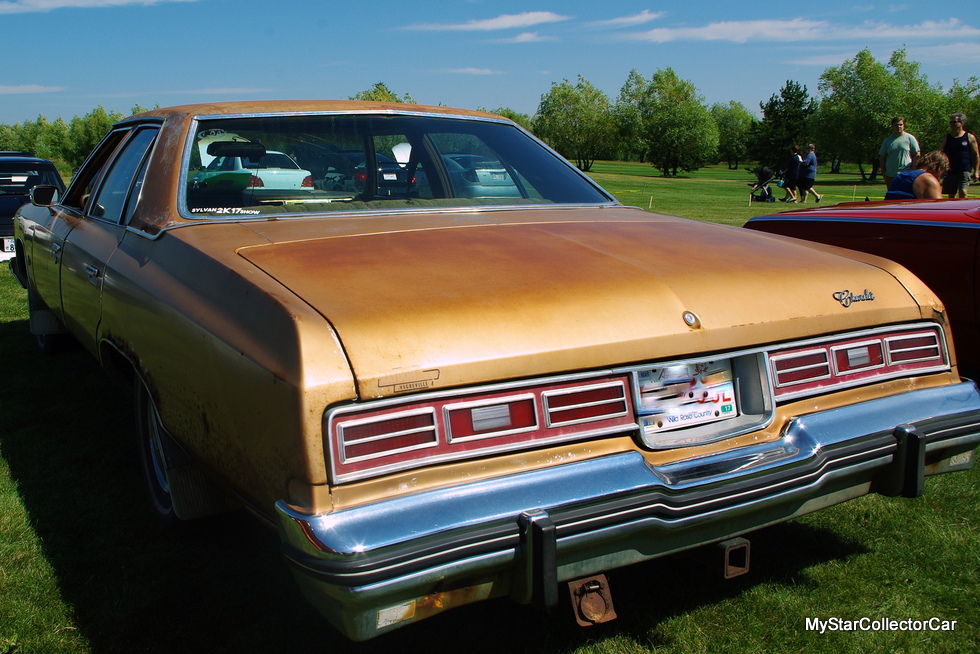 In fact, the unrestored Impala has been a solid performer thus far for Logan. The car will run at “highway speeds or better”, according to Logan. 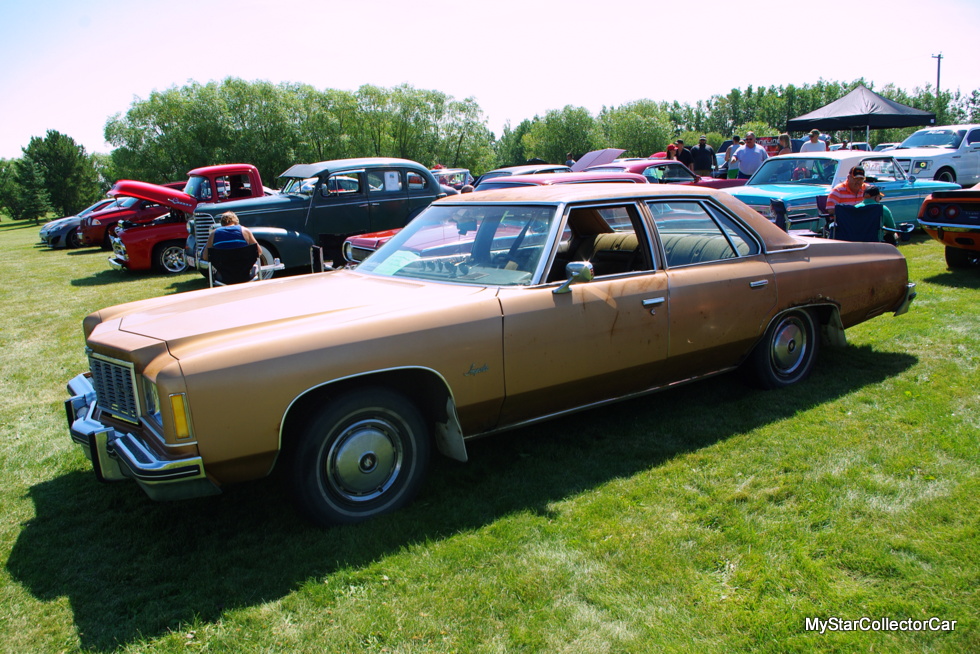 MSCC will leave Logan with the last words on his 1975 Chevy Impala survivor car: “I used to drive a newer Volkswagen. The difference in cost is pretty big.”