There is no easy way to ride out the rising price tidal wave at the gas pumps.

The 2011 prices are poised to blow by 2008 for shock and awe measurements.

Nobody can really explain the current pump jump to the satisfaction of gas customer/hostages, but it is a fact of life in 2011.

So the average car guy is poised to weather…or survive the storm this season. Some car guys have already resigned themselves to a car show diet where a priority list will determine their personal show schedule.

Their appearance lists will be pared down to numbers and distances for car guys. The 2010 list will be a distant memory and 2011’s list will be leaner and meaner for most car guys.

Most will have already tuned their rides and pumped their tires to maximum efficiency, but a ’60s-era big block mated to a period transmission is going to love gas-a lot.

They were built for brute force in an era when gasoline was a minor part of the financial equation.

Big blocks were never friendly on gas- they left the high mpg feature exhibited by turtles like the Volkswagen Beetle behind like the little cars were stationary pylons on a highway. And, in a land of giant Detroit horsepower, the Bugs were indeed non-moving pylons.

So the monster block cars of expensive driving if they want to stay true to their original school. Personally we salute the owners who decide that they will stay original or add a big block-no matter what even higher gas prices do to their high blood pressure. 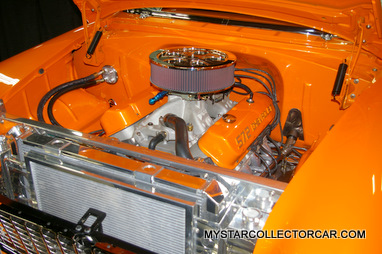 However, there are many new-tech ways to bring around the mileage if an owner decides to look at the new world of resto-mod options. A vintage ride can be refitted with a brand new power train, complete with computerized EFI, six-speed transmission, or bolt-on overdrive options. 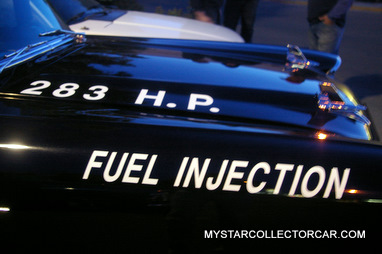 There is no real limit if one has a big resto-mod budget dedicated to a massive performance improvement that is delivered courtesy the 21st Century aftermarket.

The net result is a collector vehicle with a new attitude on life when it comes to a perfect marriage of performance and great mileage. Sadly, the investment might just make great economical sense if gas prices continue to rise like a mushroom cloud over ground zero at an atomic strike zone.

So we know that 2011 will not be a summer of love for gas prices, but it remains to be seen how it plays out at summer car shows.

Happier car stories can be found at  https://www.mystarcollectorcar.com/

TREV-“Gas Pump Blues, Running High horse motors be it Big block or small block has always been expensive. It’s about to get a whole lot worse. Looking at my punched out 396, sitting on the engine stand I question whether it’s a good idea some times.If I ever get that thing flanged into my 59 sedan delivery, I may have to take up gold panning or start cashing in my emptys! To top this off I am seriously looking at buying a 1960 Cadillac hybrid. God help us all!”