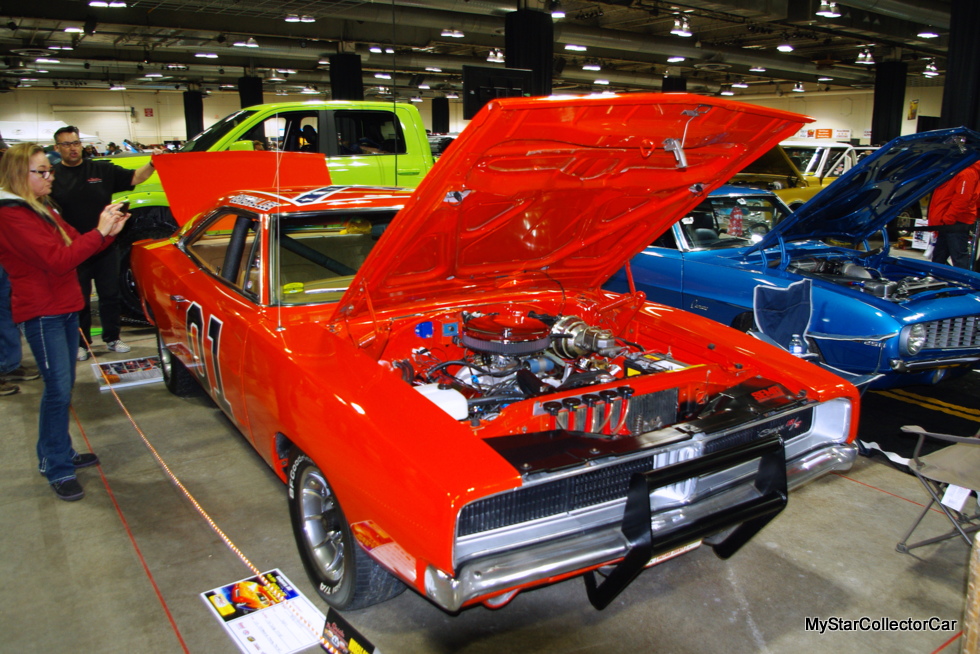 ‘The Dukes of Hazzard’ was an action/comedy TV show that debuted in January, 1979 and ran until February, 1985.

The show collected a large army of young fans along the way, including Percy Connolly.

Percy looked forward to the show every week because of the stars that included a 1969 Dodge Charger that leaped into his memory banks when he was an impressionable young fan. 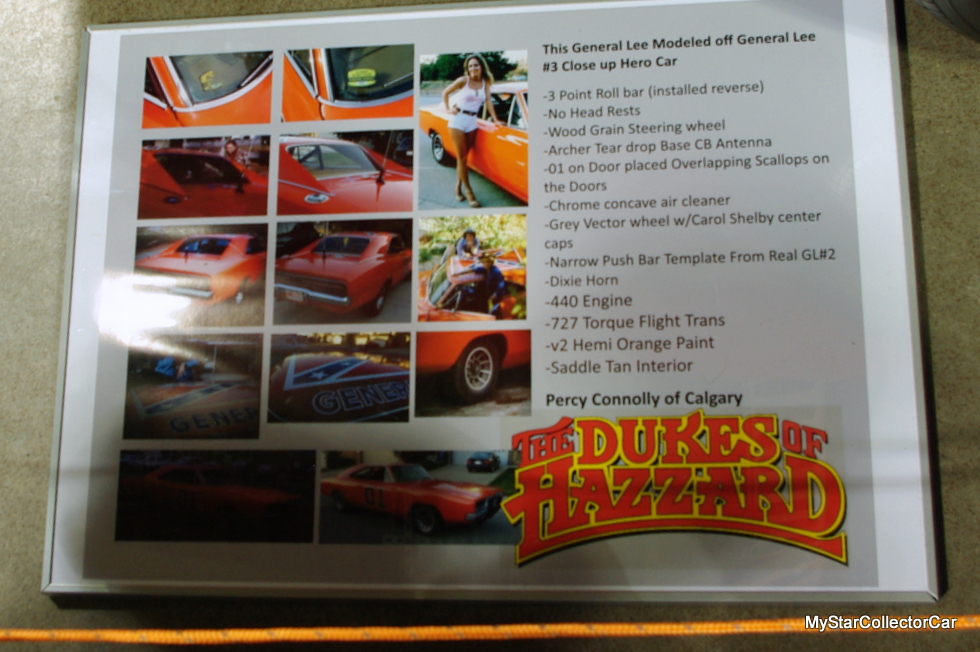 The ’69 Charger was a wild orange-colored beast of a car named The General Lee and it was a center piece of the many action sequences that fired up Percy’s affection for the General when he was a kid. Percy recalled that he watched ‘The Dukes of Hazzard’ “religiously”, in his words.

Many 1969 Dodge Chargers were harmed during each episode of ‘The Dukes of Hazzard’ because they were forced to perform some very dangerous stunts-without the use of digital special effects that are a common feature in today’s Hollywood world. 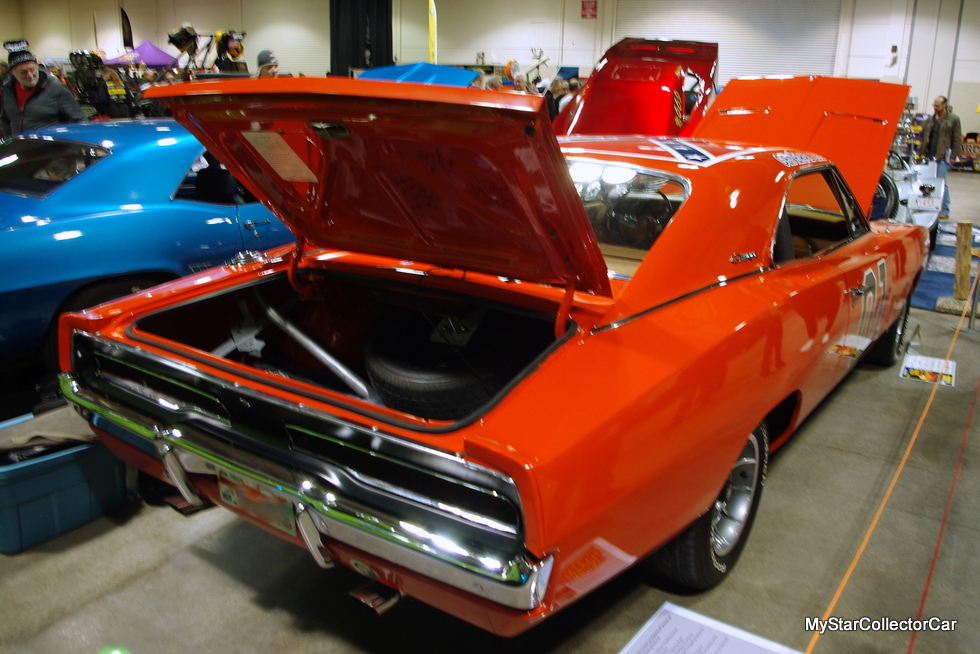 Percy’s search for his own version of the General Lee began in earnest about 9 years ago when he purchased a thrashed 1969 Dodge Charger that had seen its best years well before ‘The Dukes of Hazzard’ debuted on TV in ’79.

Bear in mind that Percy had chosen a realtor career when he bought the Charger and was not a professional automotive builder/tradesman, even though he planned to tackle the project on his own. He replaced many of the compromised body parts on his car because he wanted to “take the straightest Charger and convert it to the General Lee”, in Percy’s words. 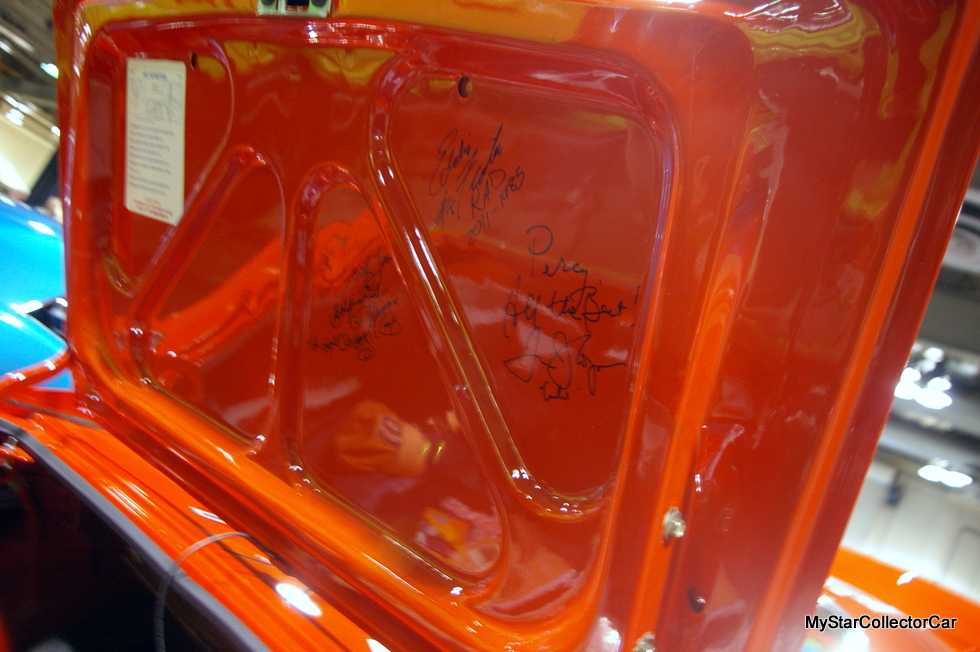 Percy also wanted to build a General Lee tribute car that was true to the cars used in the TV show. His attention to detail was obvious when MyStarCollectorCar caught up to the proud owner and his car at the World of Wheels car show in Calgary, Alberta.

Percy’s childhood dream car was built from his extensive knowledge of the TV show and he was able to point out some of the General Lee features he added to his 2 ½ year build. For example, the wheels on the car are the same as the wheels used on the General Lee Charger during the first five episodes of ‘The Dukes of Hazzard’ when the then-new TV show made its biggest impression on a young Percy. 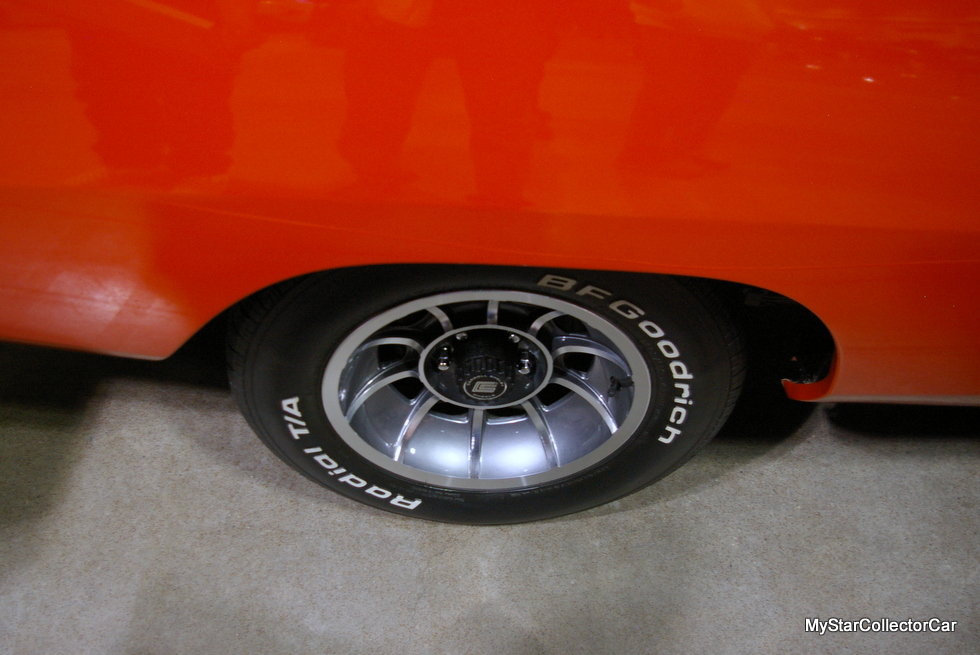 The car even has a roll bar cage that is identical to the TV version because it’s built out of exhaust pipe tubing and is built backwards (like the original General Lee) because the TV people were not exactly car guys in Percy’s view and missed the mistake. 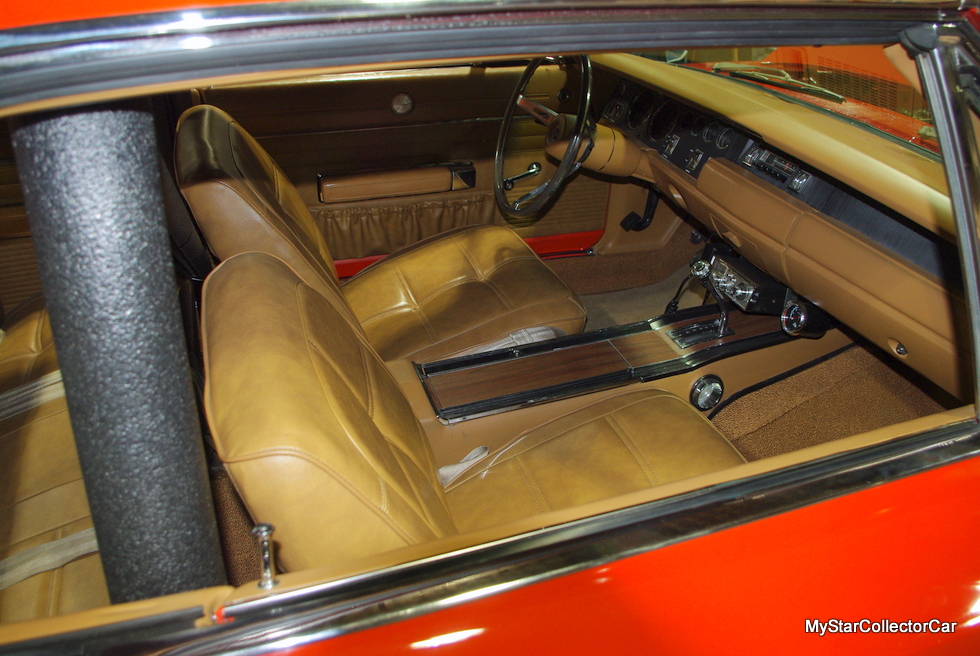 Percy added a three-spoke steering wheel to his Charger because the General Lee had the same steering wheel in the TV show. He also replaced the original interior with the TV car’s interior because he wanted to recreate the car in its entirety. 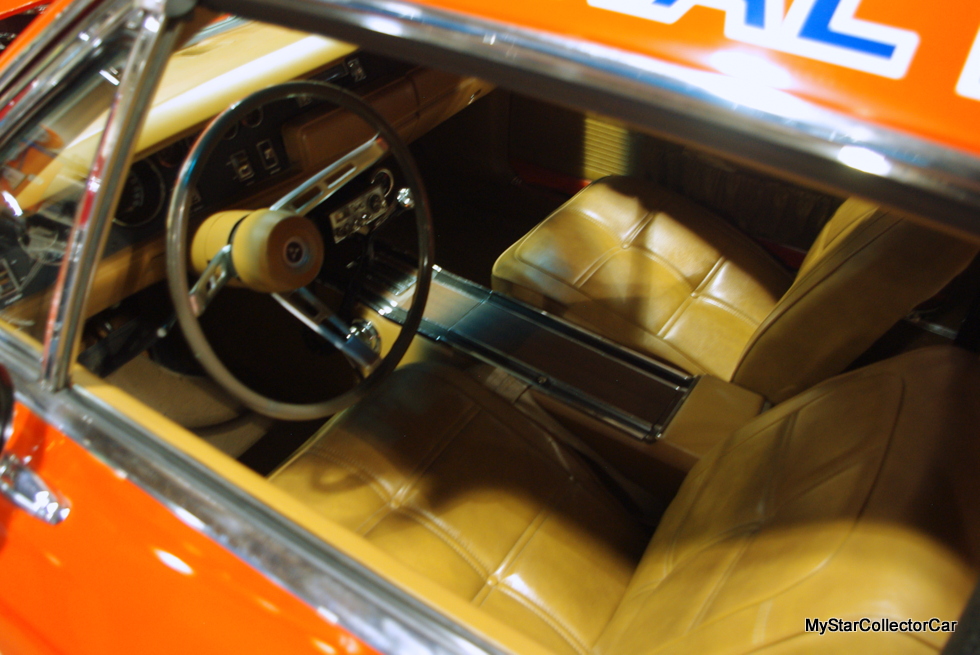 The car’s powertrain is identical to the original General Lee and required Percy to replace his column-mounted automatic transmission shifter to a floor console unit to imitate the TV car. Percy pointed out the power booster on the brake system as the only difference between his version and the TV car.

We at MyStarCollectorCar would like to congratulate Percy because he was able to build an exact replica of his TV dream car and fulfilled his childhood dream in a big way.