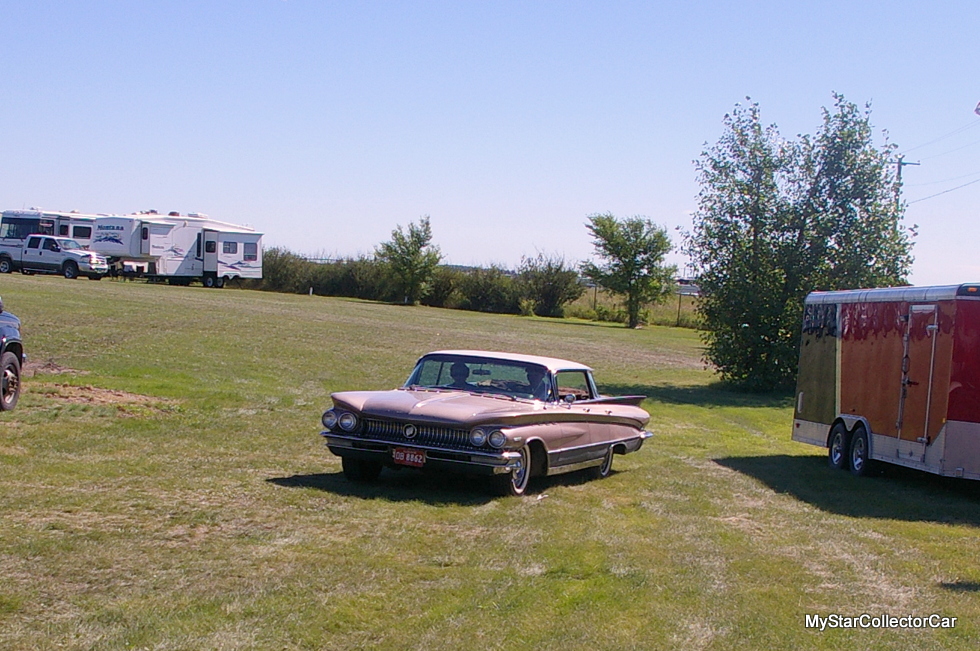 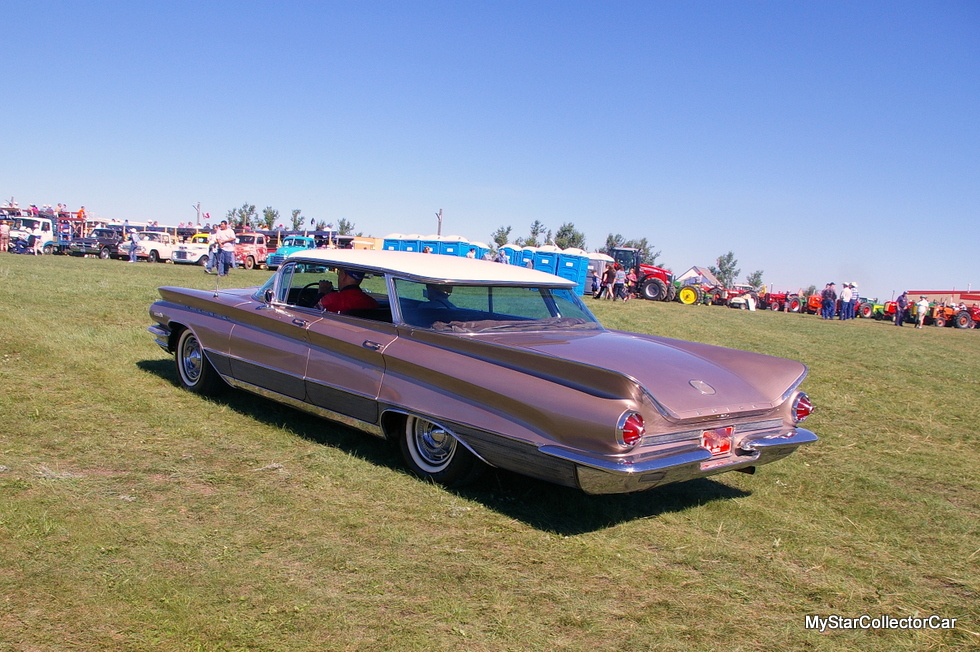 The Buick Electra 225 was known as the “Deuce and a quarter” because of its overall length of 225 inches.

‘These big luxury cars from the General were large and in charge when they debuted in 1959 as the flagship of the Buick line.’

The Electra 225 models were only offered for two years and were a unique part of Buick’s long history because of their distinctive body lines. 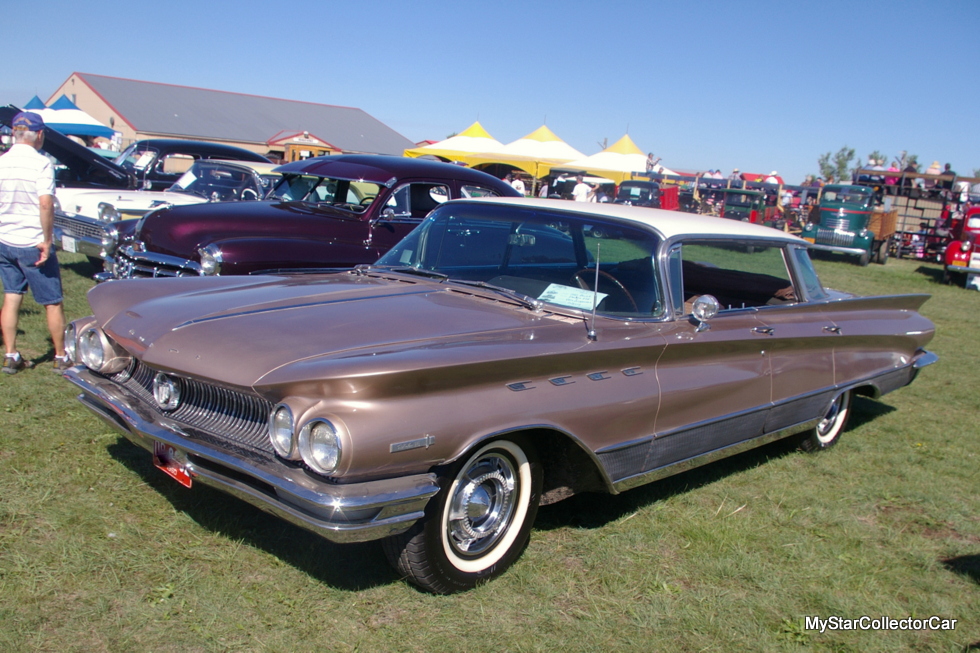 A 1960 Buick Electra 225 is an impressive car and command plenty of attention on the road with their unusual looks and re-introduced “venti-ports” (stylized imitation exhaust outlets) on the front fenders made famous by Buick with their 1949 models and dropped after their 1957 models. These big Kennedy-era Buicks are rare, so we chased down the ‘60 Electra on foot when it pulled into a show because it looked like the owner pulled a U-turn and was headed for the exit.

Fortunately the Buick was on its way to a parking spot at the show and we were able to introduce ourselves to owner Vern Jorgensen. Vern was the second owner of the big Buick and has owned it for 41 years.

The first owner was Vern’s boss and the man was no longer able to drive the Buick so Vern made an offer on the car; “I got no money so how about 300 cash plus all the eggs and chickens you want?”, according to Vern. The Buick had already made a big impression on Vern when he drove his boss around in the car and he was eager to own it. 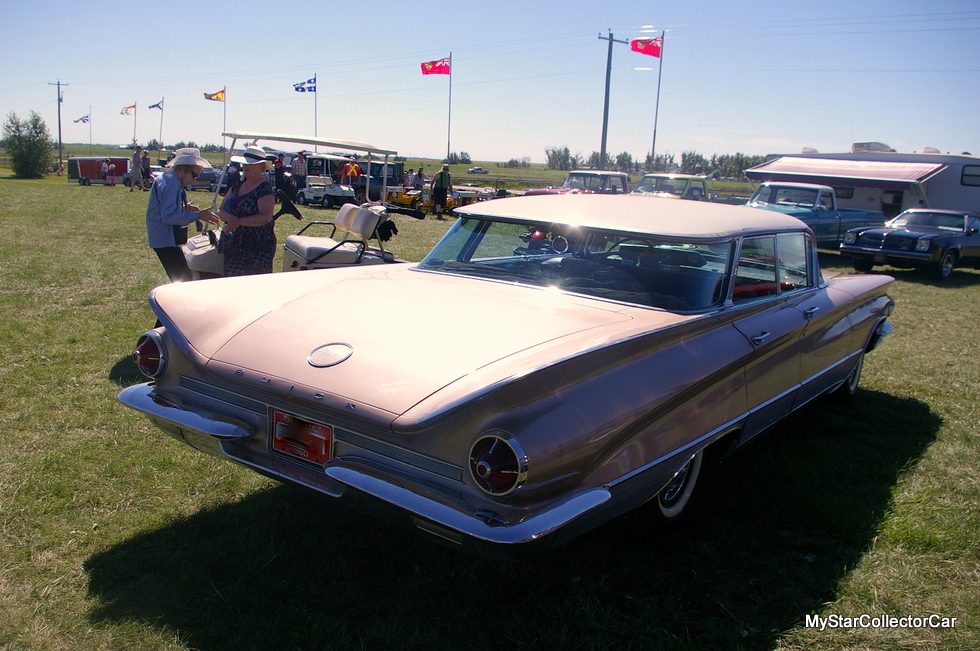 The Buick was used as a family-hauler by Vern’s late wife in the 70s and served in that role very well until the transmission failed and she quit driving it. Vern told us the car had also been used on long hauls, including trips through the Rocky Mountains, prior to the tranny issue.

The Buick led a pampered life with both owners and was always garaged, even when it was parked after the transmission incident. Eventually Vern wanted to bring his Buick out of retirement and enlisted the help of his son to repaint the car. The Electra’s interior is still original because it required no major repairs. 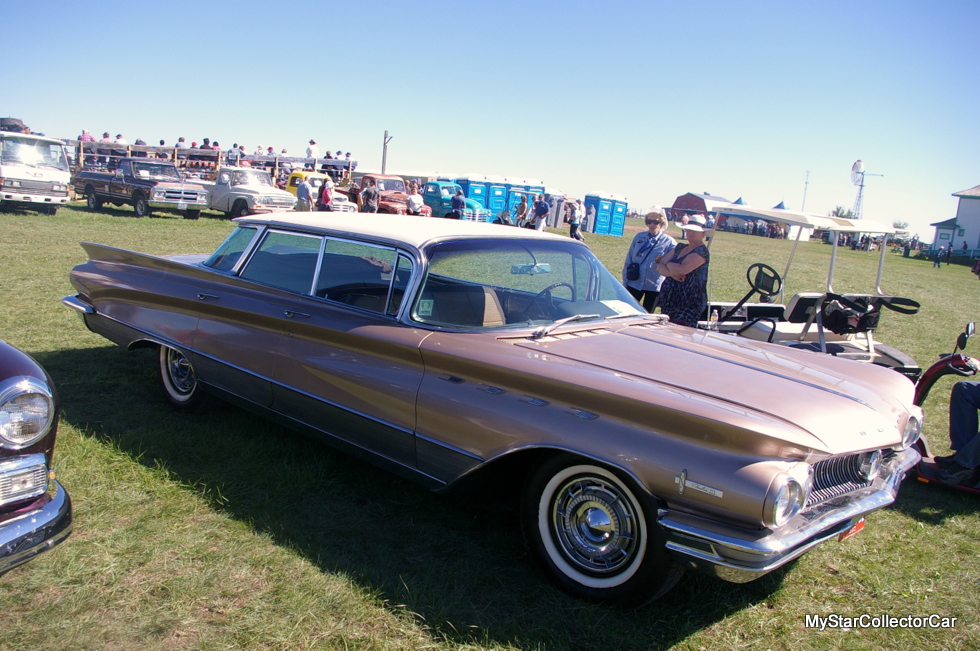 The Electra 225 left the factory with many options, including power brakes, power windows, power seats and what Vern described as “real power steering”, because his car is equipped with old school power steering which means minimal effort to steer the heavy car. These cars can literally be turned with one finger on the steering wheel and no strain on the finger. 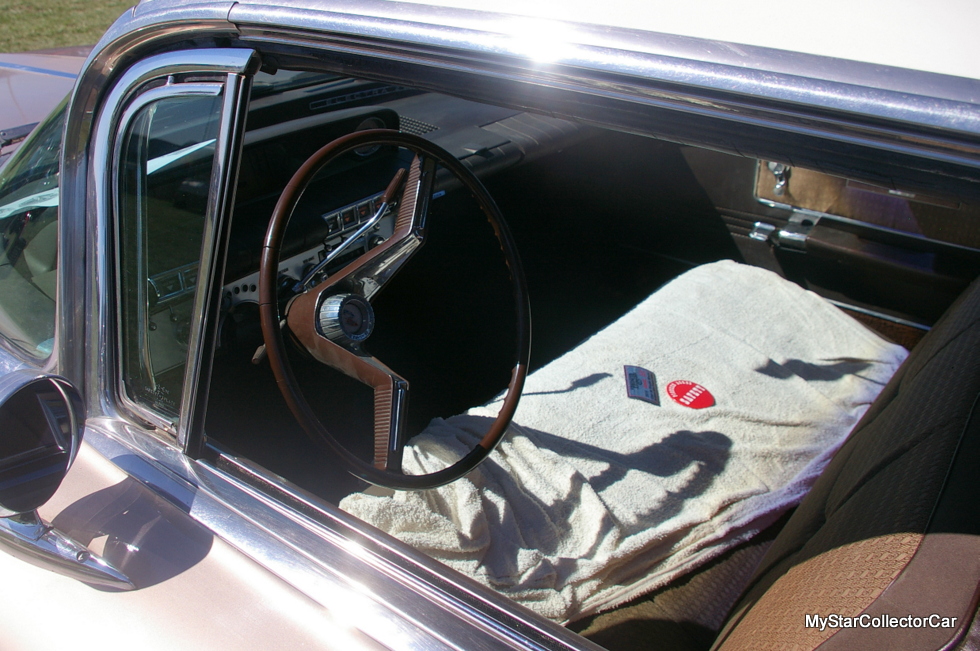 The car has the famous Buick 401 Nailhead V-8 under its hood and provides plenty of power for Vern on the road. He said the car “keeps up with traffic” and will deliver about 18 mpg along the way-impressive numbers for this large car. Presumably the surprising fact the luxury car was ordered without horsepower-sucking factory air conditioning gives the Buick an edge in the performance department. 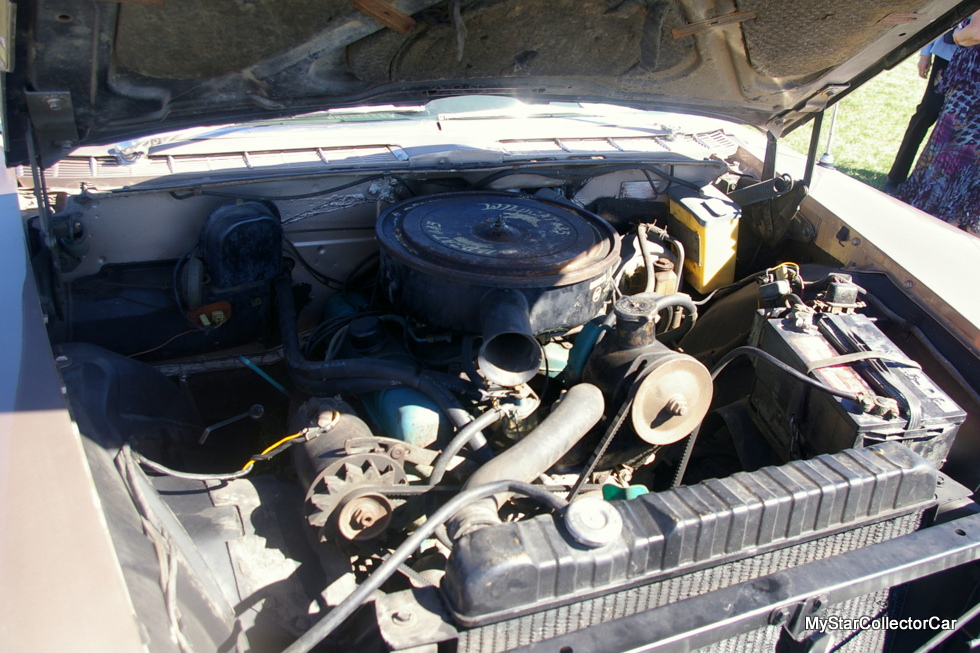 ‘Vern was justifiably proud of his Electra 225 and he may have the only one that had a chicken/egg clause written into its conditions of sale. ‘