Old cars and trucks sometimes reach a point of no return.

They have fought the good fight against rust and neglect but their time has come and gone as rescue projects.

The trick is to establish when you finally have to decide it is time to pull the plug on the patient and let the old chariot die with dignity.

What are the signs that point toward an idea that you may want to re-think your game plan on the restoration project- that you may not want to resuscitate this patient?

-The car is buried in a thick mature grove of trees. Its last best function is a photo shoot that plays out as a great opportunity for an artistic photograph that pits nature vs. car over the long haul. Put your money on nature in this one-almost every time- and bring a camera instead of a tow truck and chainsaw. You may simply be disturbing a grave site.

-There are many missing pieces on the car. The rarer the car the better the chance that you will pay a giant premium that may include sale of your very soul to get these parts. Supply and demand on oddball cars will produce a seller’s market similar to the market value of life rafts on the Titanic shortly after it ran into an iceberg. 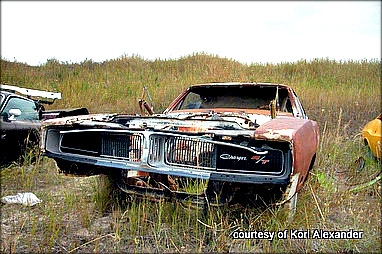 -The car was a beloved family member that deserves to be saved from a rusty death. This is a very tough call because sentiment can easily place a Mastercard (priceless) value on the car for this very reason and we totally understand that emotion. But sometimes you may realistically have Old Yeller on your hands and we all know how that turned out for Walt Disney.

-You do not possess enough useful skills to tackle a massive project. Automotive tradesmen are highly trained professionals and your attempt to recreate their skill set may be similar to performing open heart surgery on yourself, with the same predictable results.

-Your lovely bride is not onside with your idea that a rusty piece of metal in a pasture is more valuable than home renovation investments. You may end up with a half-finished car project and a completely finished marriage in a worst case scenario. Neither may respond very well to resuscitation at this point. 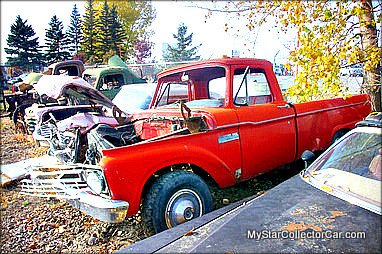 They don’t always tag old cars with Do Not Resuscitate orders. Sometimes you just have to figure it out on your own.