The automotive world is chock full of vehicles that did not quite light up lives with their mere presence.

A primary example would be the much maligned Edsel, a car that became the punch-line for a huge herd of bad comedy acts seeking an uncreative path to fame.

The car was not half as bad as the press led the public to believe, although it did have problems with its push-button linkage system for its automatic transmission. However the major issue for its many critics was its unusual front grille design which was an automotive face that only a Ford design engineer could love, in the eyes of the buying public. 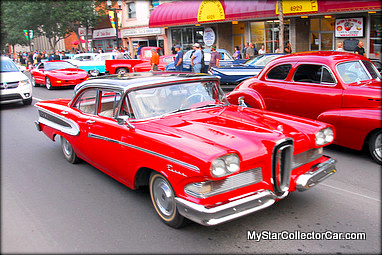 The rear end of the car was also a point of contention for the automotive world. There was very little about the Edsel that won the hearts and minds of the average car buyer in the late 50s, so it had a short production life that lasted from 1958 to 1960.

These days an Edsel is a star at any car show because of its legendary history as a huge automotive mistake. Most of them were crushed long ago in a move that many considered to be a style improvement for the unloved Edsel. 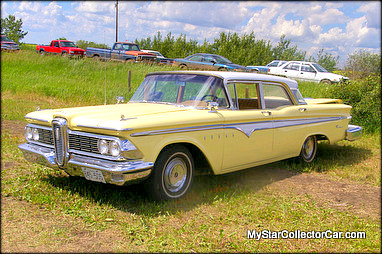 An Edsel owner in 2012 can expect a lot of attention at a show because his or her car is now rare and will always be a solid attention-getter and conversation piece whenever and wherever the owner drives it.

But I am not here to discuss an obvious choice like an Edsel, instead I want to talk about a 70s relative of the Edsel: the Mustang II. The next-gen Mustang was a Ford idea that may not have been a better idea like the Blue Oval catch phrase from their advertising past suggested about their cars.

It was a little like an earlier car version of New Coke when Ford introduced the Mustang II in the 1974 model year. They had downsized the beefy Mustang and given it a Pinto base, complete with a four cylinder base model.

The Arab oil embargo made the plan logical for Ford, but the Mustang’s legacy was based upon muscled-up big blocks, so an anemic four-banger in a Pony was a complete and utter shock for the ‘Stang fans. It was now a crazy and very screwed-up world where the Bullitt Mustang stallion of a car had devolved into a gelded plug of a car. 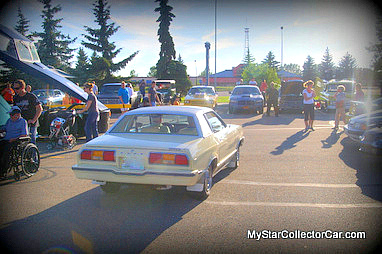 Ford backed off on the no-V-8 game plan by 1975 and added the 302 as an engine option for the Mustang II. The Pinto lineage was pretty obvious in the Mustang II sheet metal which seemed like a cheap 70s rip-off of the original Mustang to many observers.

The Mustang II was built from 1974 until 1978 when it went out in a blaze of glory with the King Cobra model which only came with a V-8. The legacy of the Mustang II has grown since its somewhat shocking debut in ‘74.

A solid Mustang II will attract a fair amount of attention at any car show, something that may have seemed impossible when it first hit the streets. 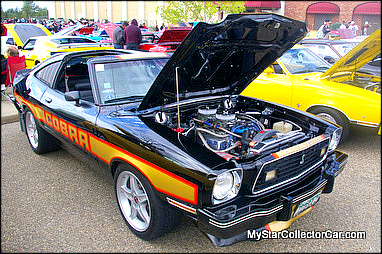 For many car guys, the Mustang II is now their favorite mistake, to borrow a line from the Cheryl Crowe song.