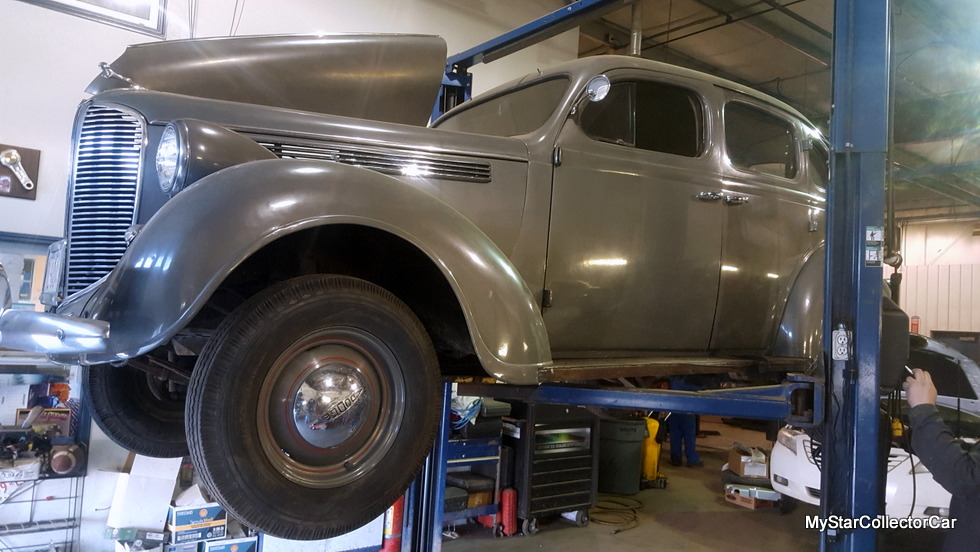 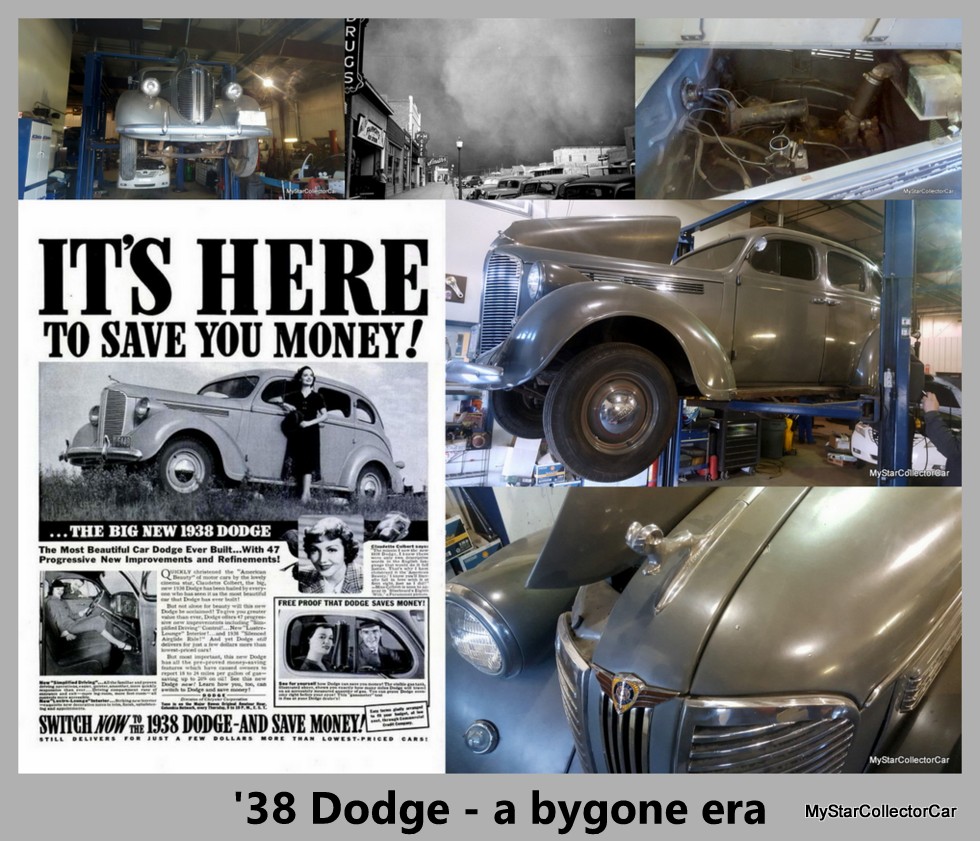 Dave Tychy is an old school car guy who built his automotive repair business (Cruisin’ Auto) into one of Central Alberta’s busiest shops.

Dave is willing to tackle both new and old vehicles because his shop and staff are able to handle mechanical challenges from any decade.

One of the more unusual recent visitors to his shop was a 1938 Dodge four-door sedan in original condition; including its power train. 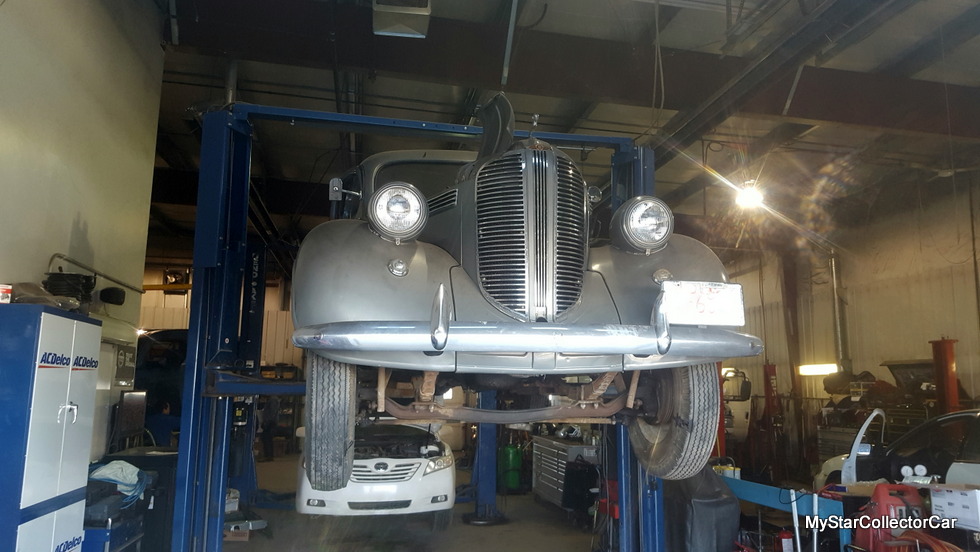 The 1930s were not kind to auto manufacturers because the Great Depression was still impacting the economy in a big way. A 1938 Dodge was not costly by 2019 standards at roughly a $1000 sticker price on average, but the prewar customer base felt fortunate to even have a job in ’38 — let alone a car.

Thus a 1938 Dodge represented a huge investment for the average buyer. 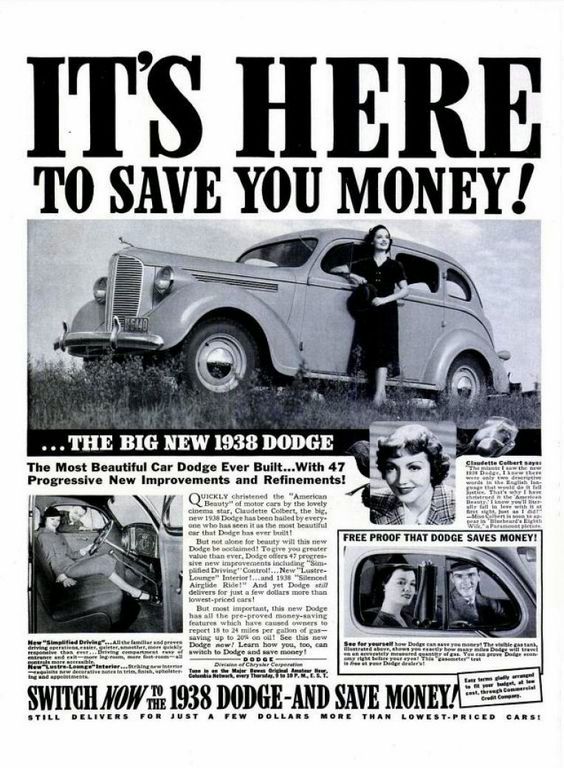 Dave had his customer’s Dodge on a lift while his staff sorted out a few issues with the antique ride so MyStarCollectorCar was able to take a few shots of the undercarriage of the car. It was pretty hard to miss the front leaf springs on the old Dodge because they were a prominent feature on the car.

The basic body style of the ’38 Dodge looked very similar to other pre-war cars from that era us at MyStar since we are not exactly experts in the field of Dirty Thirties vehicle identification, but the stylish Ram hood ornament was a dead giveaway in this case. 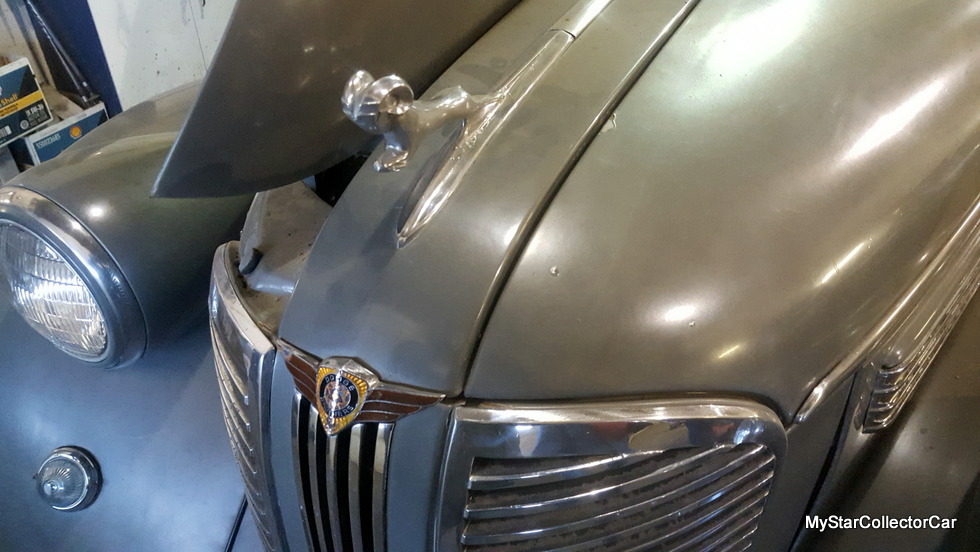 A somewhat similar hood ornament adorned the hood of Dodge trucks built during the 1980s, while these days the Dodge name and hood ornament have completely disappeared from the new trucks. However, the Ram name remains on the new vehicles.

The four-door version of the 1938 Dodge sedan had another unique feature: suicide doors for the rear passengers. The ’38 Dodge sedan’s rear car doors opened in the opposite direction of typical doors and represent a bygone era in automotive design.

Suicide doors are a famous nickname for the doors because they provided ease of entry — and even easier exit when passengers tried to grab the door handle after the rear door was opened at higher speeds and caught the wind like a sail in a stiff breeze. 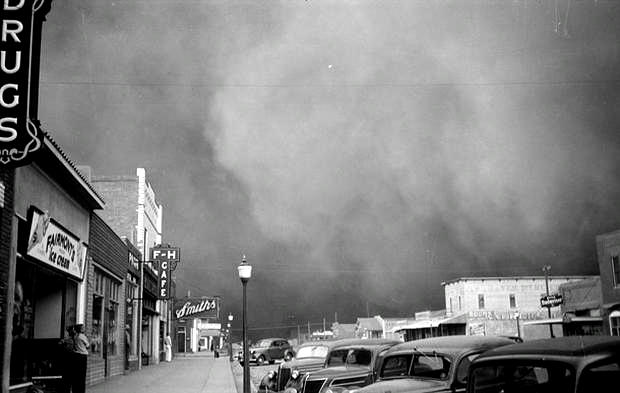 Consequently, the rear passenger’s suicide door-closing efforts were sometimes rewarded with a fast ejection from the car and onto the road.

High velocity was a relative term for a ’38 Dodge because they were equipped with a 217.8 cubic inch flathead six that generated about 87 brake horsepower for the cars. Unlike the suicide doors, the acceleration in a stock 1938 Dodge would not exactly snap necks. 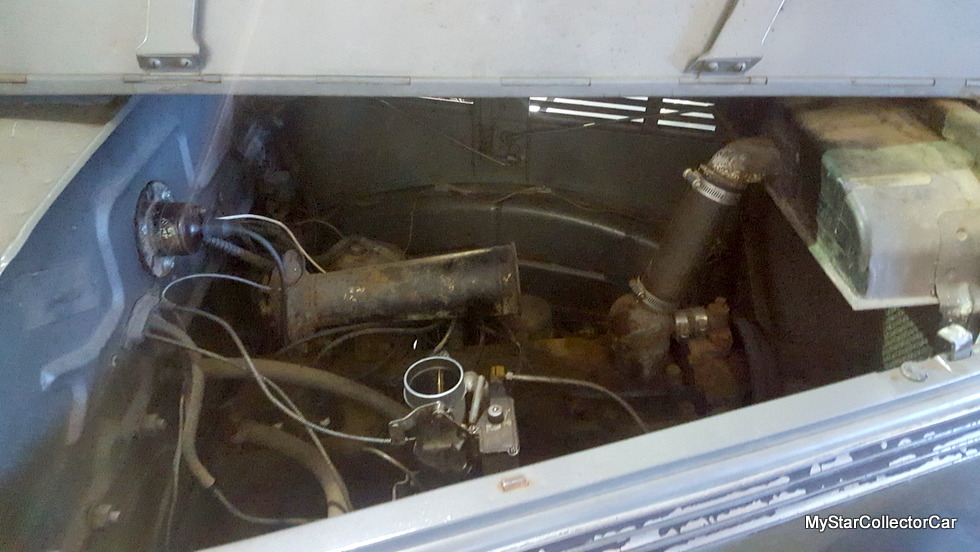 A 1938 Dodge was equipped with hydraulic drum brakes that were a sizable technological advancement over the mechanical brake systems found on earlier pre-war era cars.

The ’38 Dodge in Dave’s shop was essentially an original car, although it appeared have a signal light system added to the car’s steering column at some point in its long history.

The paint on the car indicated the Dodge had been repainted in its original color over the decades. The seat upholstery in the car also appeared to have undergone a makeover with a period-correct fabric but the headliner looked like it was original factory material; albeit in good shape, except for the area near the windshield.

It was obvious the 1938 Dodge had enjoyed a long history with the right owners over the past 81 years and kept most of its originality over the decades. Our goal here at MyStarCollectorCar is to learn more about this remarkable car and share the story with our readers.