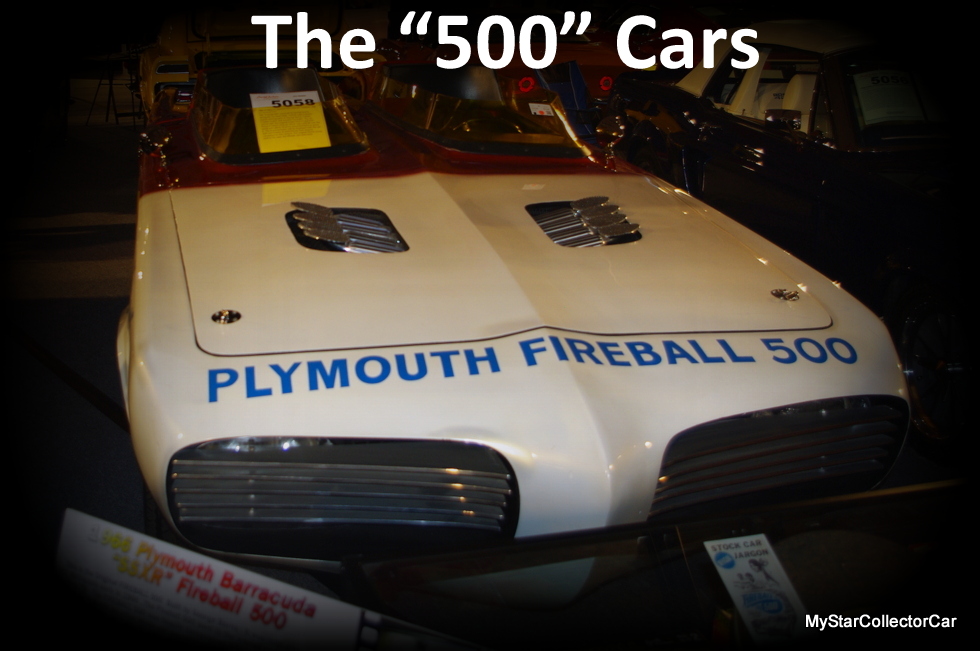 500 was a famous number long before it ended up in chrome on a car from the past.

The storied Indy and Daytona races ensured that 500 would become a memorable number for car guys.

Even Hollywood got into the act when the movie guys took Frankie Avalon and Annette Funicello away from beach-related hijinks and gave them a race track instead of an ocean. 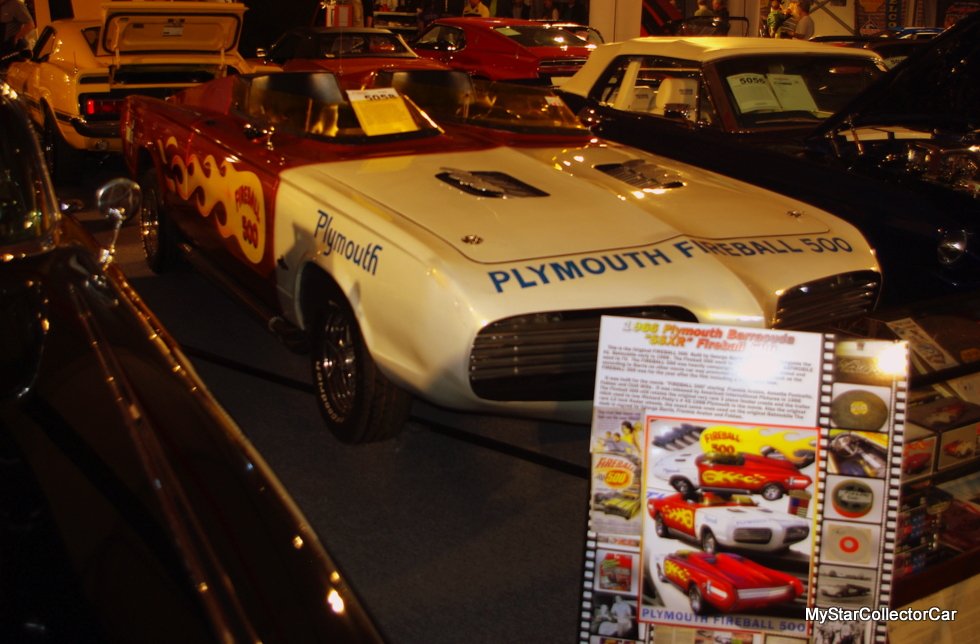 The result was a cheesy stock car racing movie entitled ‘Fireball 500’ and it likely set back the famous number back by about 500 years. 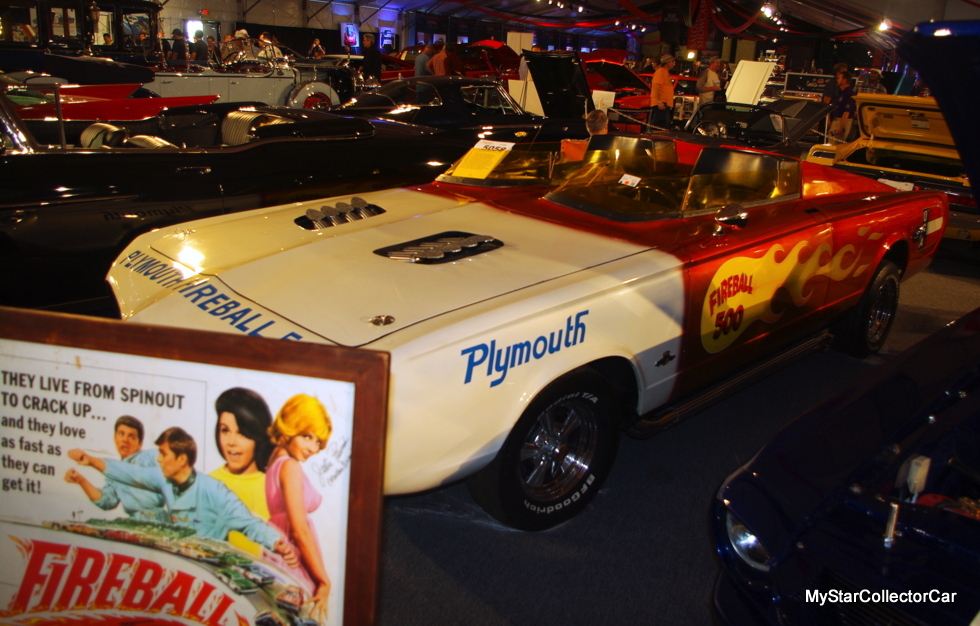 The saving grace in the movie was the vintage racing action that starred the famous blue Plymouth driven by race legend Richard Petty, but even the King could not save this car crash of a movie.

The main reason for the success of 500 as an automotive number was the domestic auto industry because Ford and Chrysler dabbled heavily in 500 models during a bygone era. 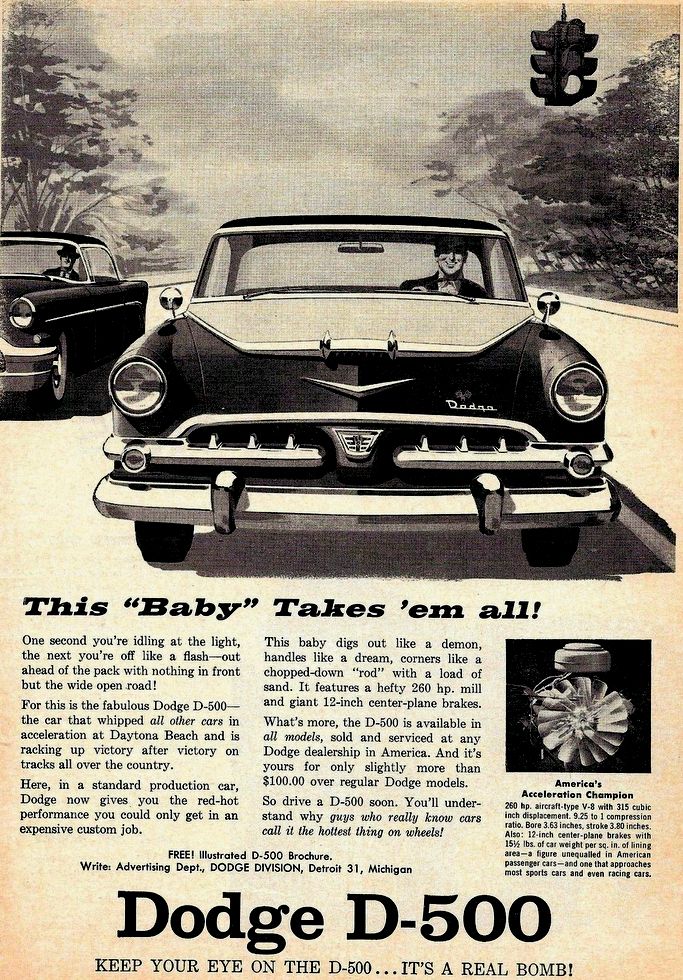 For example, the 1959 Fairlane 500 was a blinged-out model that was at the top of the ladder in the Ford lineup that year. The Fairlane 500 was built to show its customers were movers and shakers-not moving and shaking enough to own a Lincoln-but they were definitely headed in the right direction. 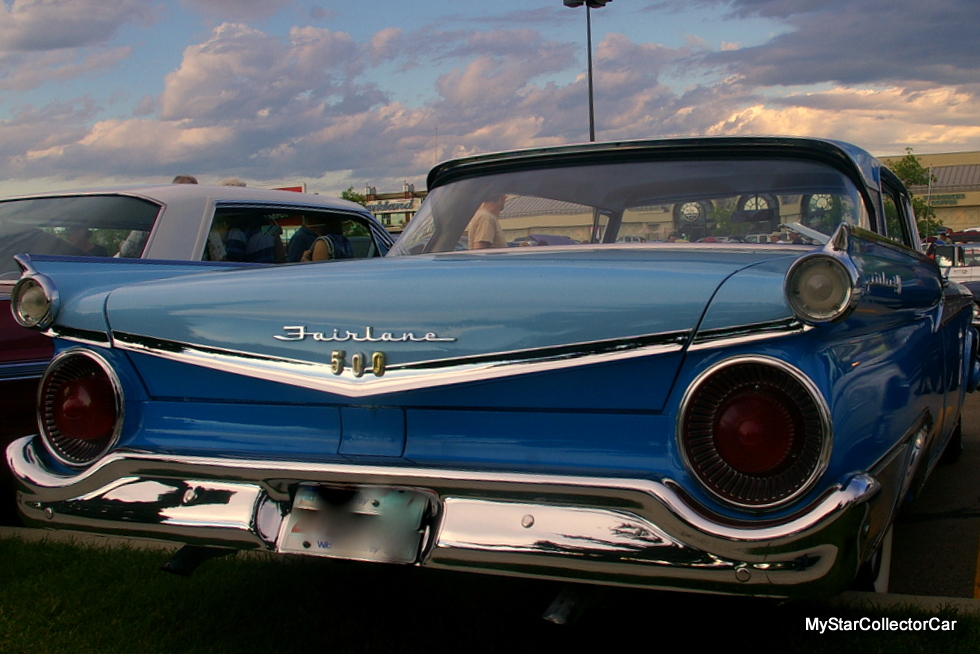 Ford’s 500 name flew under the radar after 1959 until the debut of the 1962 Ford Galaxie 500, a full sized car that was also the best available Ford in ’62. The Galaxie 500s offered the right mix of chrome and luxury to make them a flagship for the Ford models. 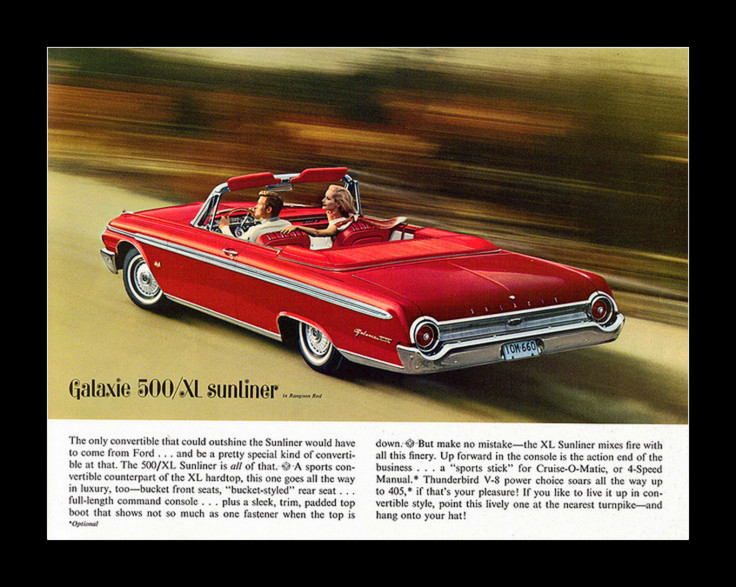 The 500 label eventually became a lead-in for the XL models at Ford and consumers were able to purchase a 500 XL model in the late 60s. 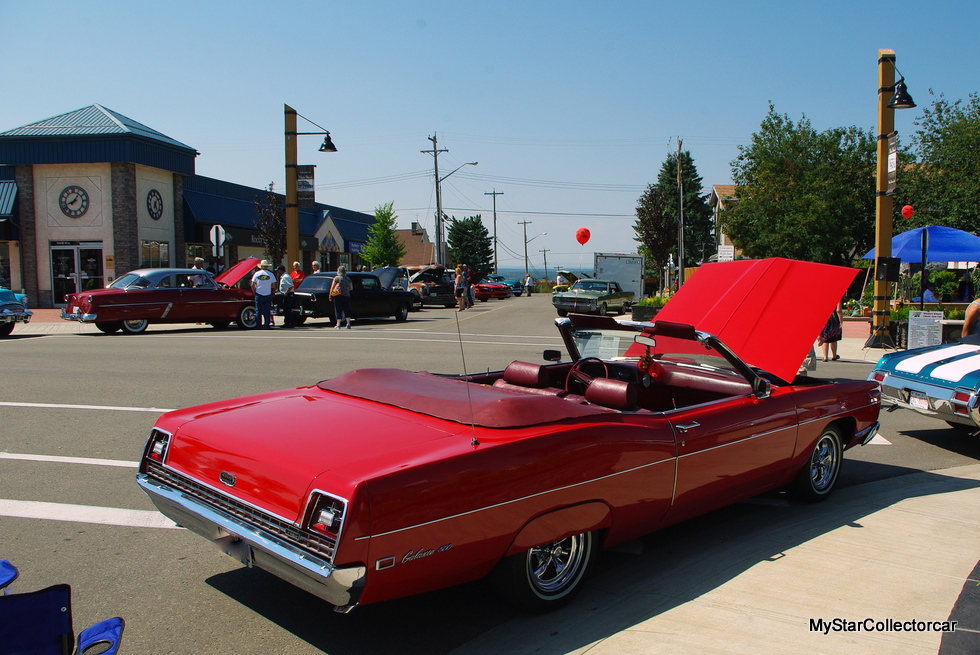 However, the 500 number was not the exclusive domain of Ford because Chrysler also used it on some of their models from the past.

The success of Chrysler’s famous 300 letter cars likely combined with the famous Indy and Daytona mile numbers to prompt Mopar to use 500 on their models, but fierce competition with Ford probably also drove their decision. 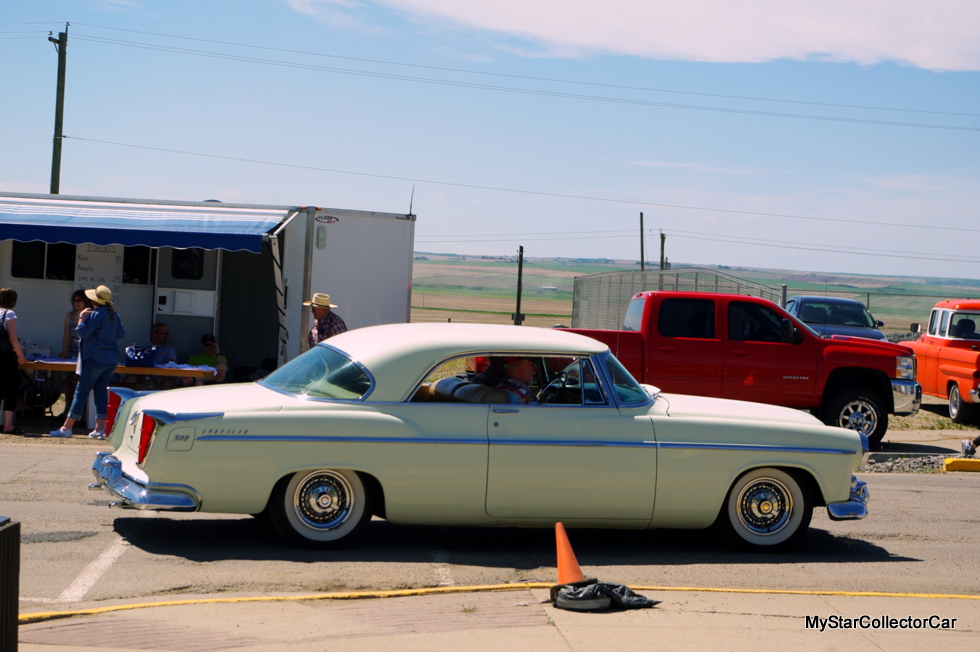 The use of 500 was fairly widespread at Chrysler within their Dodge division. The number was initially used for the 1956 Dodge D-500 models and flew with the eagles during Chrysler’s famous Forward Look finned era. 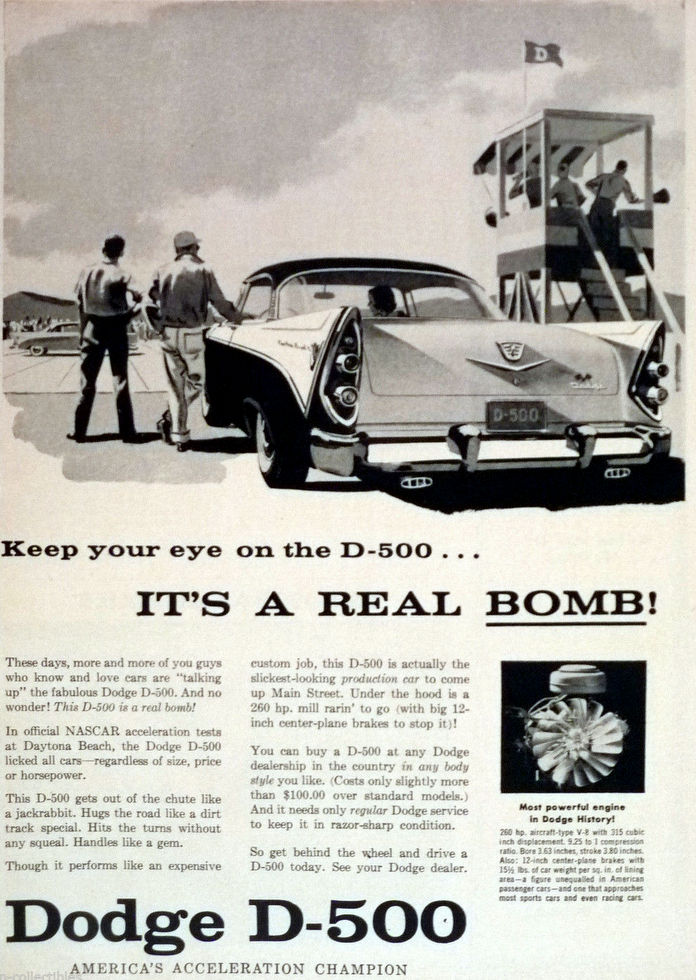 The D-500 was a limited production car that was offered in beefier versions with enough horsepower to muscle out the competition during its brief run. Eventually the D-500 name faded to black in 1961 as a high performance engine option for Dodge. 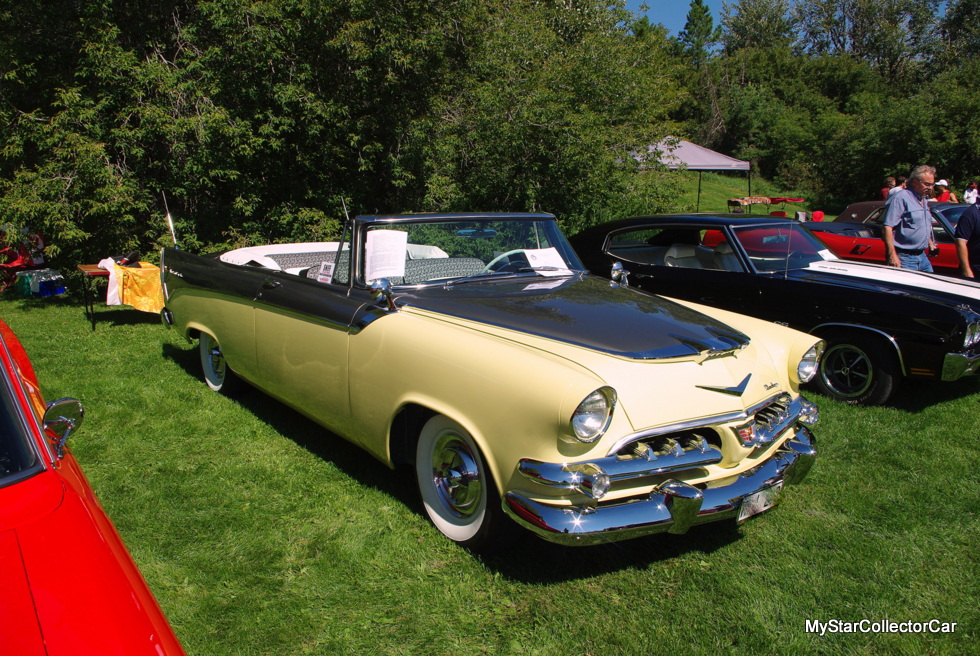 However, the 500 number became a mainstream model at Dodge with the Coronet, Polara and Monaco and Charger 500 models. Chrysler reacted to the domestic automotive changes in 1965 when the intermediate Coronet rose from the dead and the Polara became a larger, full-sized model. 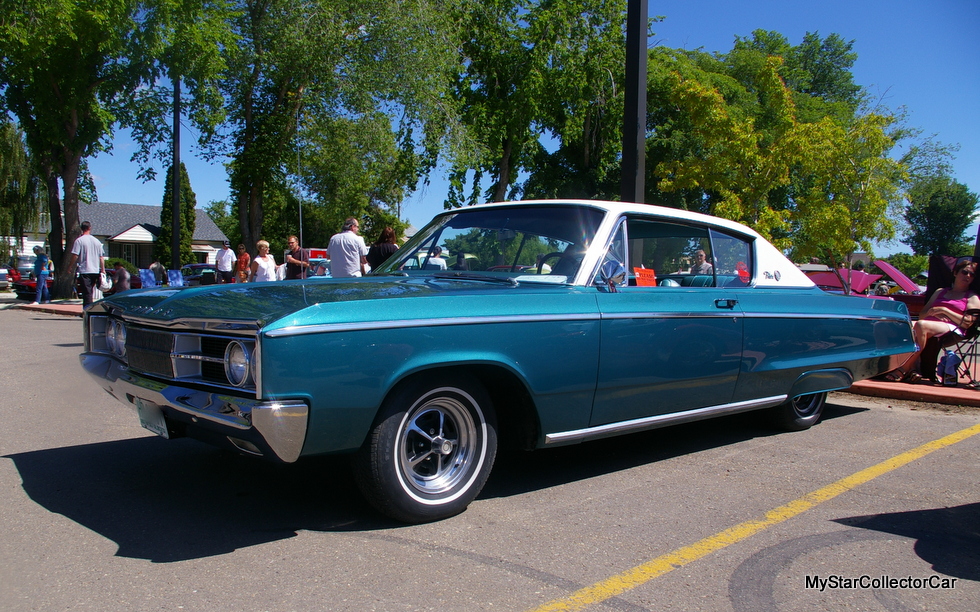 The 500 label was introduced to the Dodge models and became associated with a trimmed-up car that had more appointments than a base model Coronet, Polara or Charger. A 500 model 60s-era Dodge suggested its owner was more upwardly mobile than his neighbors in suburbia and, even if his last name was not Jones, he set the bar higher in his ‘hood. 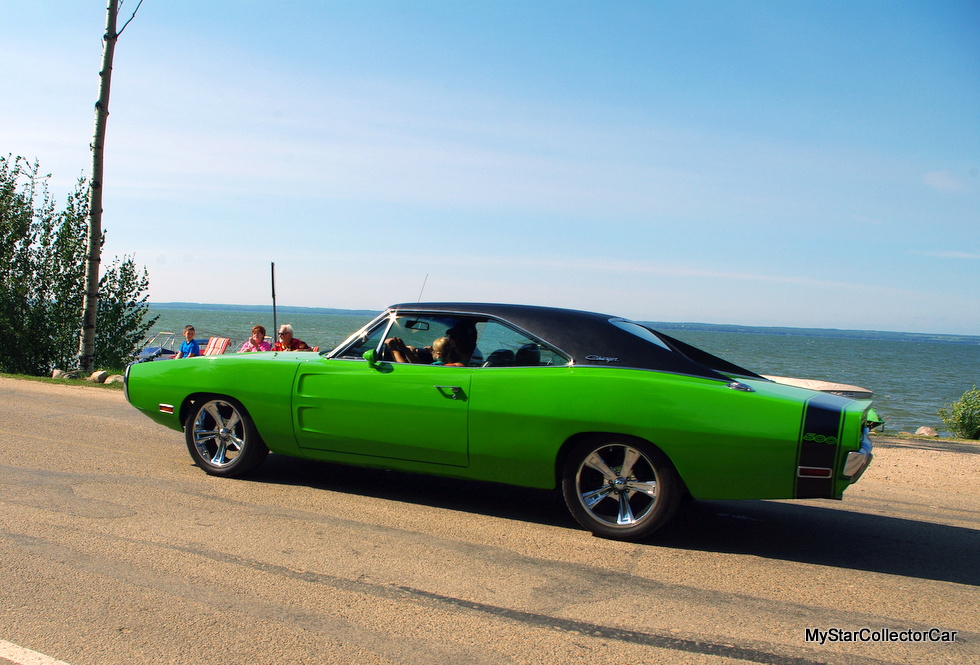 The 500 name was eventually retired by Dodge and the Mopar 500 models number joined the Ford 500 models in the history books. Either way, it was a glorious ride for 500 on North American cars.