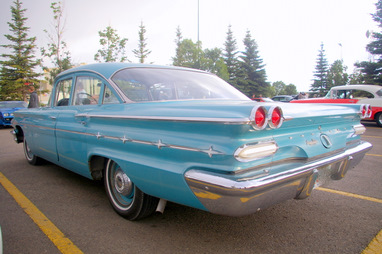 Murray Larsen is a young guy so he wouldn’t have been a typical owner of a 1960 Pontiac 4-door sedan when it was new.

In fact, the original owner was far more typical-an older woman who bought the car for its thrifty 6-cylinder operational costs and its realistic stripped down entry-level cost of purchase.

Murray is the 4th owner of the old Canadian Pontiac but he still has the original dealer key chain as a testament to its history of careful ownership. When he got it the car didn’t need much with the exception of storage issues like master cylinders, wheel bearings and one ball joint.

A guy Murray’s age would probably look more natural behind the wheel of a three on the tree shifting, 6-cylinder 50 year old 4 door sedan but he really gets the significance of the Laurentian. He’s careful not to add too many more miles to the car preferring instead to drive the car occasionally.

And never over 65 miles per hour.

Murray knows that the older woman who drove most of the miles on the car probably didn’t try to bury the needle on the sedate 6 cylinder so any attempt at that now would probably end up in a puff of thick oily smoke. He’s really comfortable in the car at reasonable highway speed-he simply enjoys the ride. 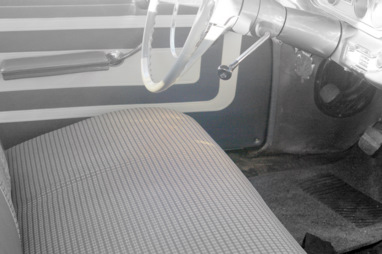 Murray plans to protect the original paint by only focusing on areas that are showing minor surface rust and a monster big block will never replace the 6-cylinder. Murray truly understands the phrase “caretaker of the car” so it will never be subjected to a pavement scraping lowering or any other mods that will desecrate the history of this car. 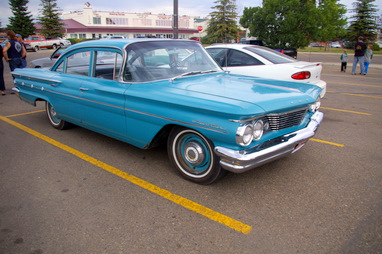 Oddly enough Murray might not have been the typical buyer of a new Pontiac in 1960 but 50 years later, he’s the perfect owner of the same car.