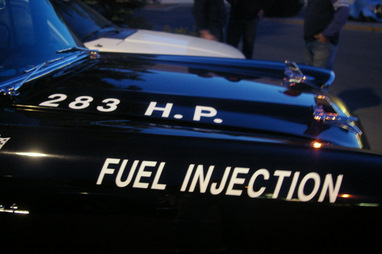 Long before a guy named Dale “The Intimidator” Earnhardt drove a mean-looking black Chevy into NASCAR history there was another black Chevy that dominated–a mean and nasty fuel injected 1957 Chevrolet 150 monster.

Other NASCAR drivers feared them and Kyle Devereaux had to own a Black Widow. 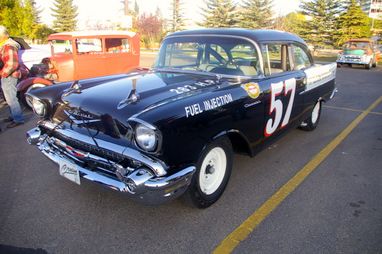 Kyle tried to buy this car at an auction a few years ago but the reserve price was too much of a stretch so he had to pass-no matter how painful the decision was at the time. As luck would have it, things happened to the owner that dictated a much friendlier asking price and Kyle horse-traded his way into ownership of a legend. 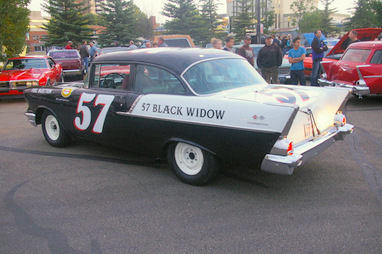 The car is a virtually correct replica of the Buck Baker ride thanks to the diligent and thorough 19 year effort that the former owner put into the project. Everything on the car is accurate right down to the proper 6 bolt racing wheels, 3-on-the-tree manual shift, roll bars, back seat delete and tie downs for the hood and trunk. The radio delete plate is intact, although Kyle has a hidden sound system in the trunk. 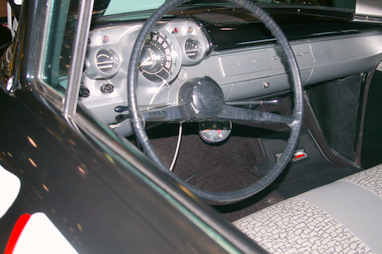 Kyle is totally committed to this car and so far has put a few hundred miles on it since taking ownership. He reports that it “drives like a dream” and power is no problem because he had no trouble lighting up the rubber at a show in September. Make no mistake about it; this piece of automotive history is a show stealer on its own. Smoke pouring from the tires is almost overkill but Kyle loves it.

His biggest problems so far are wading through crowds around the car and defending the “correctness” of the car. 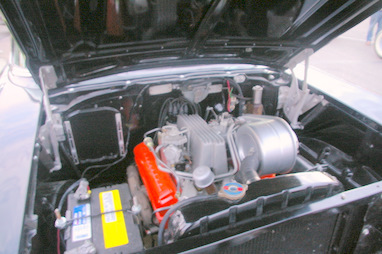 Turns out that this legend, like most legends, has lots of experts with even more opinions but Kyle knows that Buck Baker would have approved.

That’s all that matters

EIGHT OF MY ALL TIME FAVORITE MODELS