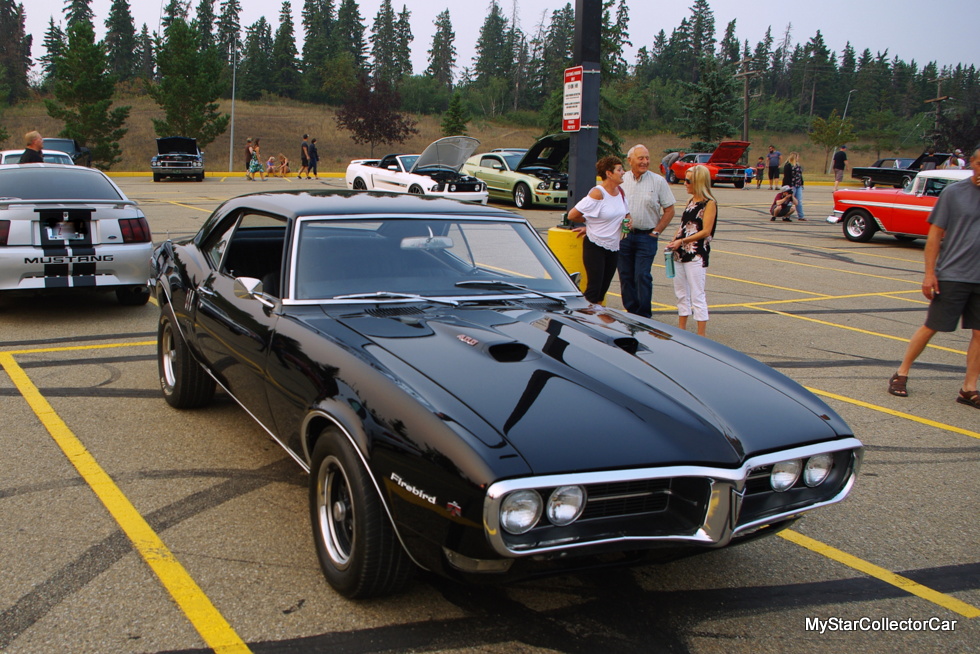 A surprising number of car projects are measured in decades—not years.

There are many reasons for this but the biggest one is the complexity of a major restoration so expertise, money and patience are key factors.

This 1968 Pontiac Firebird may be a record holder because it took 26 years to get it to this stage. 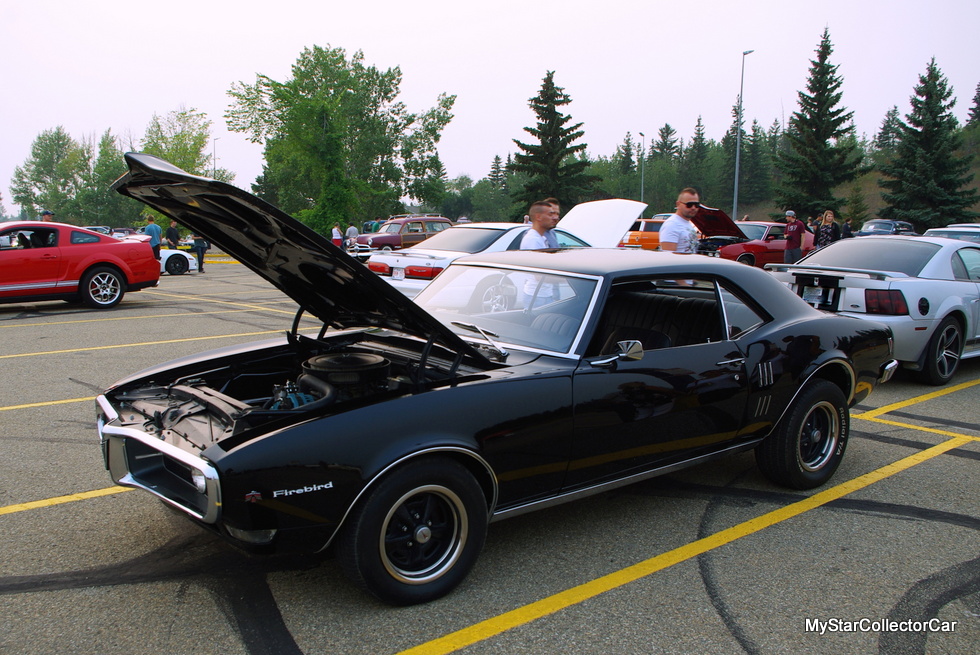 Those numbers are a bit misleading because those 26 years also included two restorations, plenty of time on the road and some down time for the Firebird.

Darren Lock is the 2nd owner of this ’68 Firebird and his relationship with the Poncho started 27 years ago. 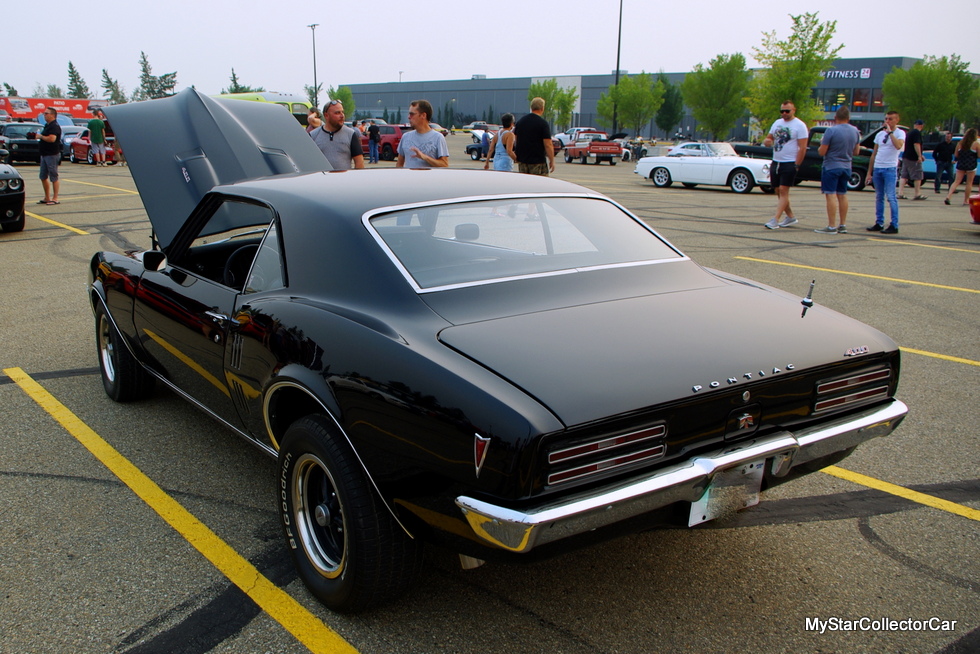 He wanted to replace his first Firebird—a ’68 he “wrapped around a tree” in his misspent youth.  This ‘bird was the original barn find because Darren explained how, “It had been sitting for about 15 or 16 years” so the car wasn’t very old when it was parked but that long hibernation was a factor in its mechanical status. 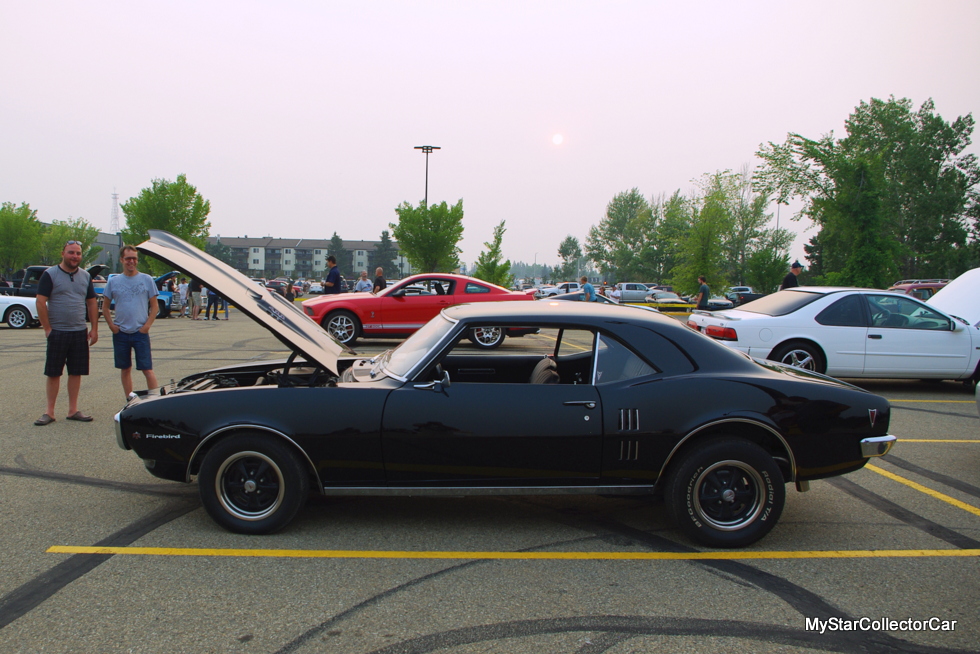 Needless to say, Darren had an adventure when he tapped into his gambling side and drove the car home because he “barely made it”. Darren upped the odds on the gamble because he’s a licensed mechanic but the Firebird definitely needed work after its long slumber.

The first year was eventful for the Firebird. Darren focused on the body work and discovered some unpleasant surprises. For example, the gills were gone on the quarters and filled with bondo so there was a good reason for their absence. 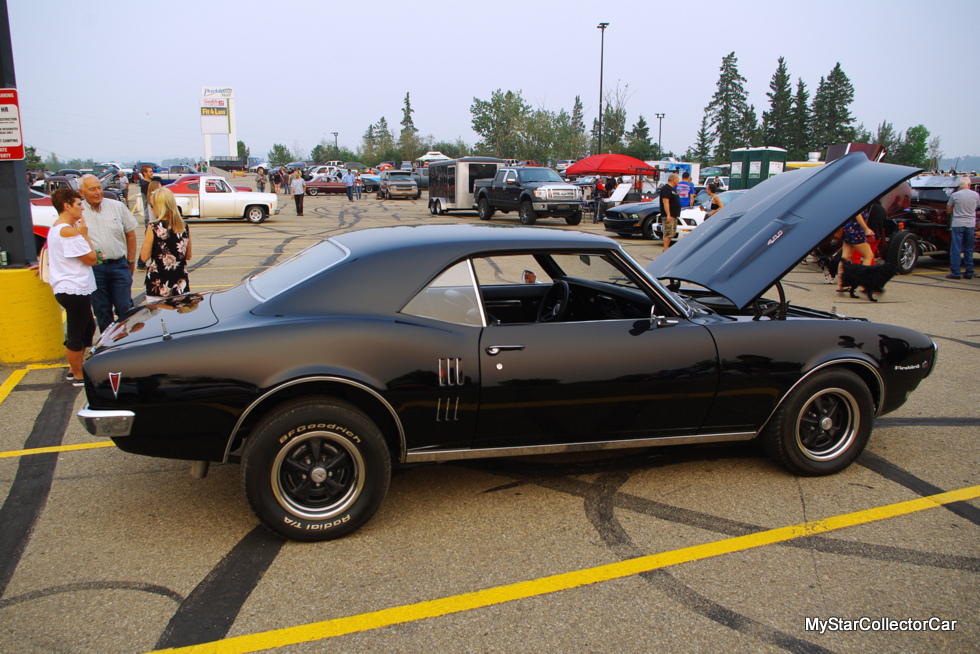 Darren went with basic bodywork and a basic paint job but he took on the mechanical side with a thoroughly professional attitude. He did the 400 cubic inch engine, rebuilt the transmission and brought the car up to his personal standards. 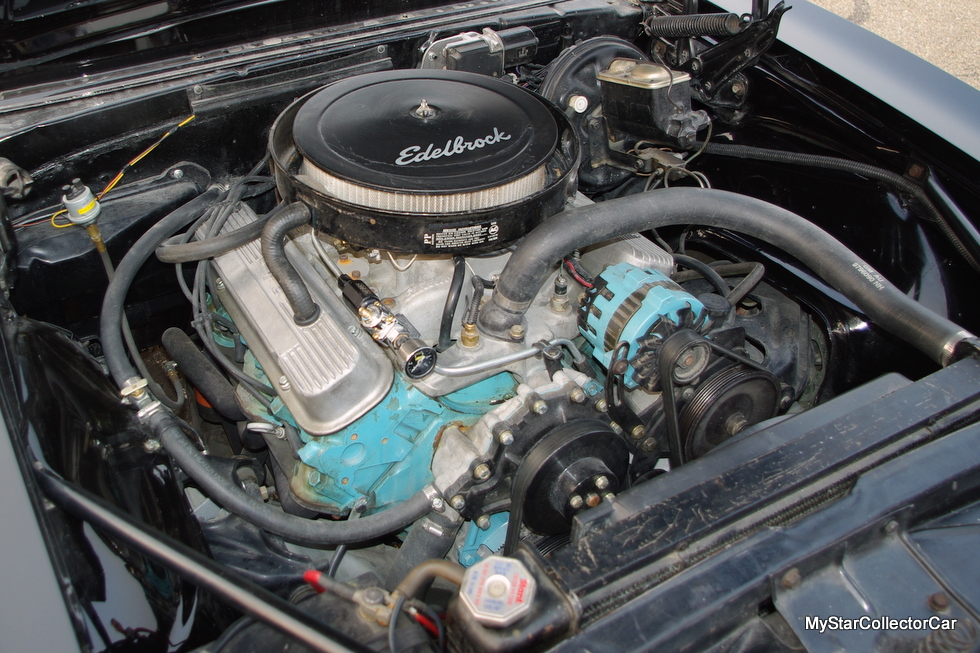 Darren raised a family and drove the Firebird “quite a bit” up until about seven years ago. The car was starting to show its age again so Darren decided to take this Firebird to the next level. He went with a rotisserie restoration “right down to the metal” to bring the car back to factory standards. The car came without badges so Darren received a number of Pontiac trim over the years at Christmas and on his birthday. 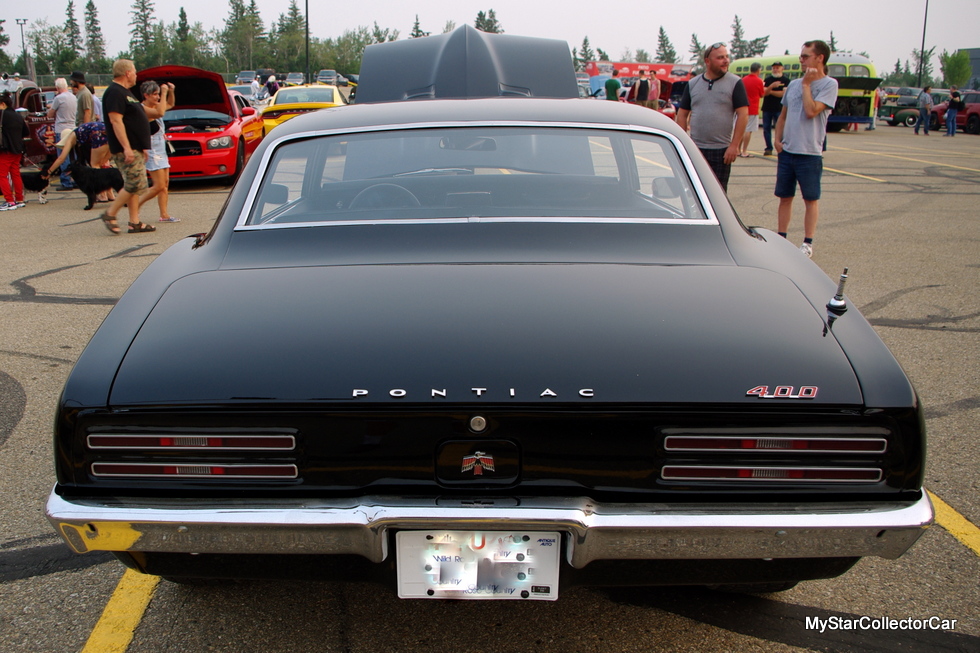 There were a number of sins under the paint that weren’t addressed in the first round of restoration. The previous owner replaced the floor pan but Darren said he “cut way too much” so he hacked into the torque box and rocker panel. The net result was a lot more work because all those pieces had to be repaired and replaced.  The quarter panels were also replaced during the process so it took 14 months because Darren told the body tech to “work on it when he could” so the final bill was a little friendlier. 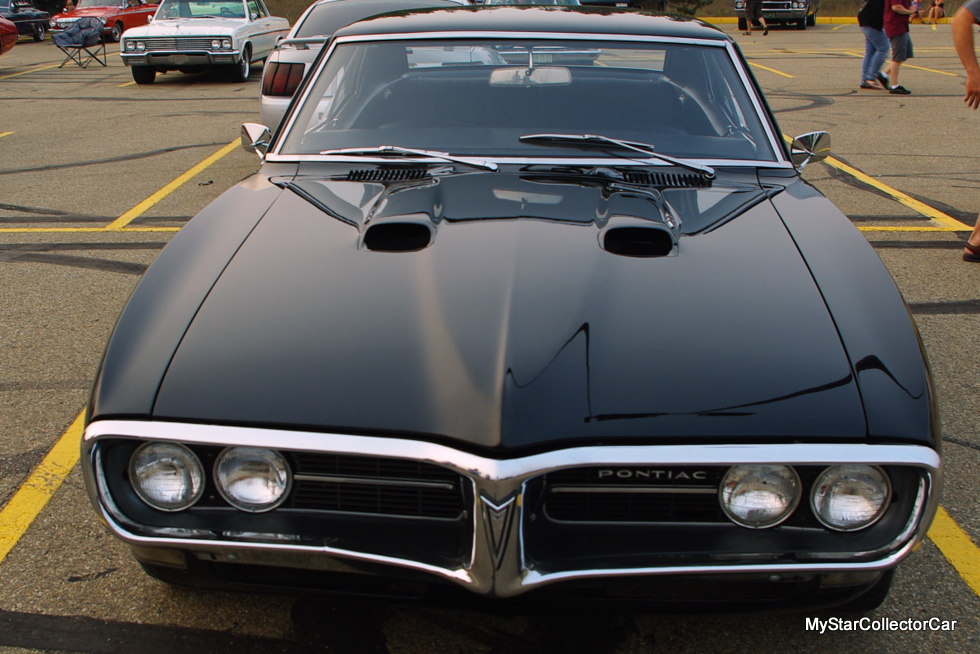 Darren went over the original 400 again but he resisted the urge to rebuild the factory 4-speed. Instead he went with an aftermarket 5-speed and now the car loafs in 4th gear so the 3:55 rear end is no longer a factor. He also went with headers, an aftermarket carb and a 3” exhaust so now he says the car “breathes better” plus it has an electric fan and fuel pump so it performs flawlessly in hot weather. 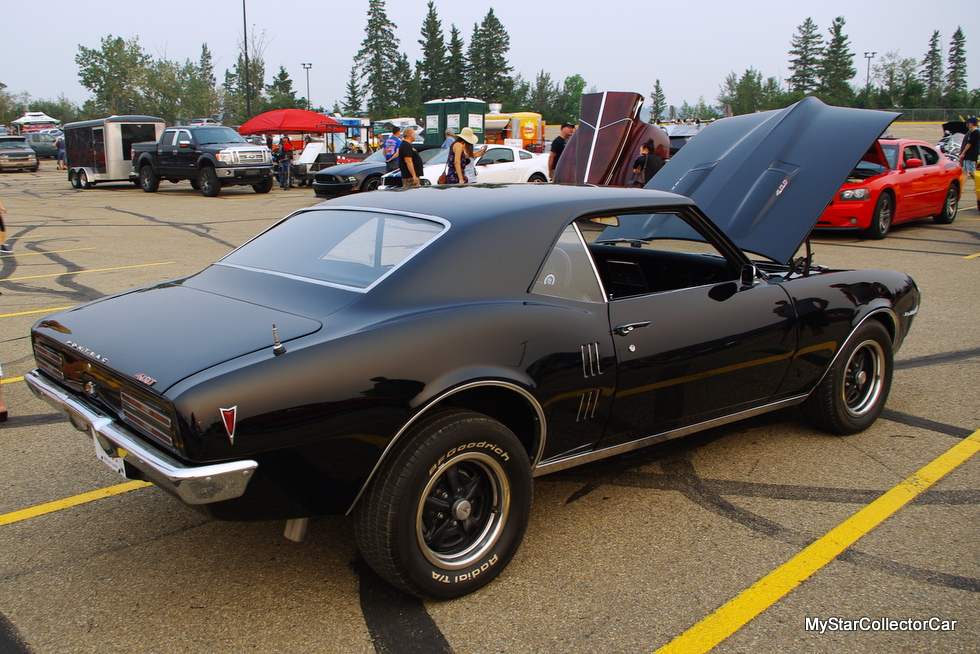 The other change is found in the interior—it used to be white but now it’s black but the shift knob from Darren’s original Firebird is there along with a an aftermarket console gauge package. 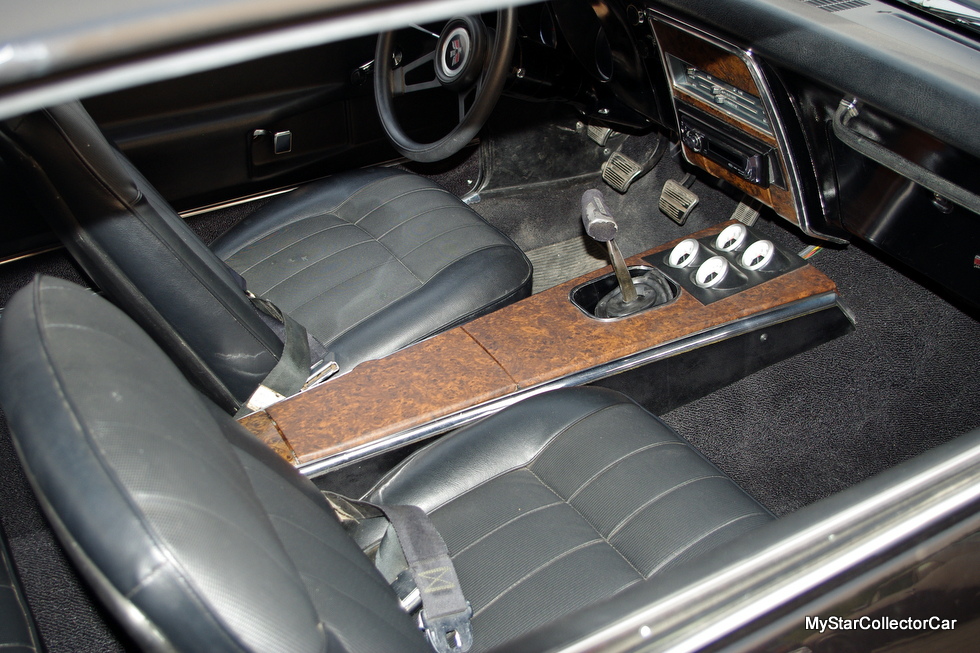 This Pontiac has been part of Darren’s family for a long time so it’s logical that it will stay in the family. Darren’s kids grew up with the car but the leading contender in succession is his grandson. 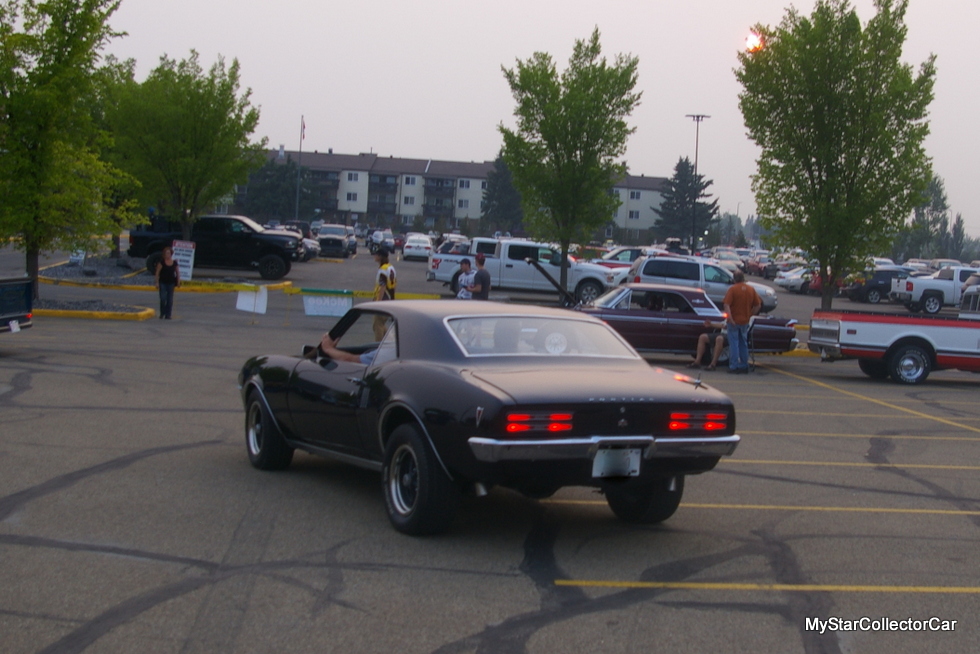 Darren said his grandson loves the car so a 50th anniversary in the Locke family is a very real possibility.