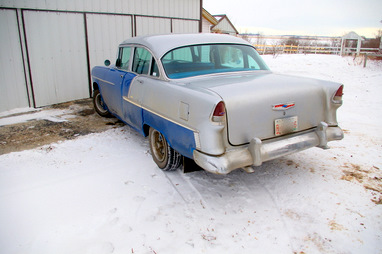 We saw this ’55 Chevy being driven on a real winter day so we tracked down the owner.

Judy Purcell is a one in a million wife.

‘When her trusty Dodge Dart started to show some vulnerability she didn’t drag her husband Stan out to the nearest dealership to price out new minivans or SUVs.’

Instead, she listened patiently as he explained why a 1955 Chevrolet 4-door sedan would make a better kid hauler. 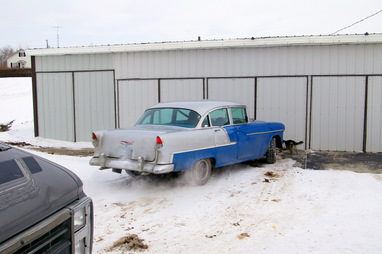 Bear in mind this car had to run faithfully in a real Northern winter. Stan sold this concept to his wife.  Believe it or not.

Stan had a convincing case-he’s a first class mechanic and he’s done some incredible restorations, modifications and mechanical miracles over the years. Judy knew that so ultimately this looked like a light workout to take this ’55 Chevy from a summer driver to a year round family car.

Light workout is a relative term-two years passed between when the Dart had to retire and when the ’55 became a bonafide kid hauler. Some of the hard stuff was done because the body shop that had owned it had already put an ’85 Camaro front clip on the car.

After that, Stan added the ultra-reliable Chev 305 V-8, 4-speed overdrive automatic, state of the art headlights, power disc brakes, school bus heating system for that sub-arctic winter climate and shoulder belts front and back. When Stan was pushing this ’55 as a daily driver he sold Judy on reliability, comfort and safety. 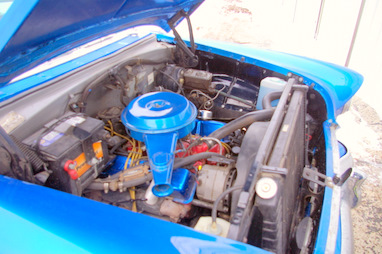 These are all things that aren’t optional when you’re hauling kids on today’s knucklehead-infested roads. This mid-1950s Chevrolet gets dirty just like a soccer mom’s Dodge Caravan would-it’s an anti-trailer queen 55-year-old car. 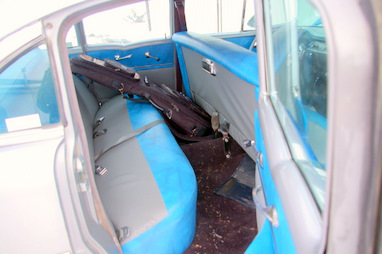 This is a 365 days of the year, all season family car that just happens to have a birth certificate from 1955 and Stan had to cave in on only one option-this Elvis era classic has a 6-disc CD changer in the trunk. AM radio just isn’t the powerhouse it used to be back in the 50s…

‘But a retrofit sound system is a small price to pay for the world’s most understanding wife.’