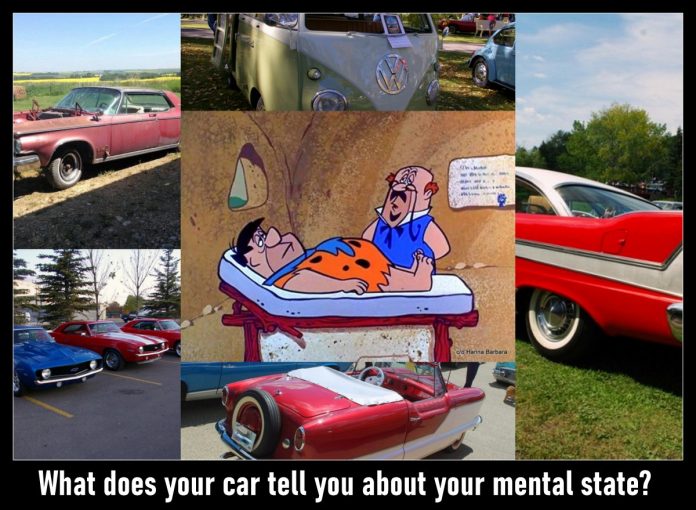 For the record, there is no actual Dr. MyStarCollectorCar but, if one existed, the Doc’s research would be comparable to our 14 years of intense immersion in the old car hobby.

Some general personality traits have emerged during our extensive contact with car guys and girls over the years, so we decided to share them with our readers.

The first vehicle on our MyStarCollectorCar list is the old school VW microbus (or van depending upon your personal definition), a top-heavy and underpowered German import that achieved its early fame as a transportation vehicle for 1960s-era hippies on their way to peace, love and understanding-or Woodstock depending upon the year and available acid for the trip.

These days a VW bus is worth its weight in gold (if not high-grade pot) for buyers, most of whom are not aging hippies because of the enormous price tag for ownership of a retro VW van. Today’s vintage VW bus owner is a guy who is ambitious, successful, and a savvy buyer with no intention of loading up his VW with a crew of potheads to head to a Dead concert in the van. In fact, the current owner of an old school VW bus would hit the road with the van tucked inside a trailer because he is a cautious guy who wants to protect his investment-not drive it.

The second vehicle owner on our MyStarCollectorCar list is a typical owner of a 1969 Camaro. The ’69 Camaro is arguably the most desirable first-gen pony car in the known universe, so it has attracted plenty of devoted fans over the past 54 years.

Today owners of this classic pony car are very aware of the Camaro’s legacy and are willing to invest in them. 1969 Camaro owners are letter people who also know that any badges with RS and SS will Midas-touch the car into an instant goldmine. ’69 Camaro owners choose a well-worn path when they purchase one of these iconic cars but feel no need to trail blaze when it comes to vintage ride tastes.

A 1969 Camaro owner also knows his numbers when he buys one. He wants a safe bet with a sporty heritage, so a ’69 Camaro is an excellent investment for him and gets him into the collector car club with a sizable refund on his membership fee if he sells his safe bet.

The third vehicle owner is a typical owner of a 1958 Plymouth 2-door hardtop–a red and white one. The owner has been heavily influenced by Hollywood cult movies and has a huge obsession with ‘Christine’, a horror movie about a jealous and murderous 1958 Plymouth Fury that never actually came in factory red and white paint schemes.

A Forward Look fin car typically attracts owners who are renegades that blaze their own path in life. The lone exception is a red and white 1958 Plymouth 2-door hardtop because its owner is simply an old movie fan with a four-wheeled version of a Marilyn Monroe impersonator.

The fourth addition to our esteemed car owner list is a Nash Metropolitan–any Nash Metropolitan for that matter-because they were essentially the same every year. The Metropolitan was created by Italian designers who must have used a straight edge and too many bottles of wine to dream up the little subcompact built for North American buyers between 1953 and 1961. The car was not pretty in the traditional sense of the automotive term.

The fifth and final car on our list is the 1964 Chrysler New Yorker 2-door hardtop, an unusual car model that was only offered to Canadian buyers. The American 2-door hardtop equivalent would be the 300 model, a car that is also rare in 2023.

Few two-door hardtop New Yorker models exist today because of their low production numbers in Canada, a fact that makes their owners a combination of Indiana Jones and MacGyver because generous dollops of adventure-seeking and creativity are necessary if you own one of these rare Canuck rides.

A ’64 Chrysler 2-door hardtop owner also possesses a large amount of patience and tenacity. For example, trim pieces for these cars are also scarce in a hen’s teeth way, so their owners need to scour the frozen tundra of Canada very thoroughly to find the missing bling.

Owners of 1964 Chrysler New Yorkers are not interested in their cars as an investment opportunity, nor do they care whether other people like their ’64 New Yorkers. They like the cars and that is all that really matters in these independent thinkers’ view.