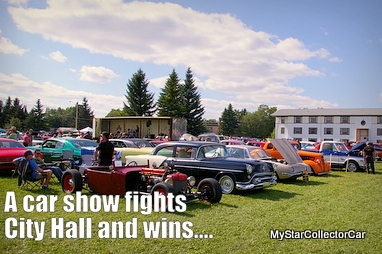 Some local car guys wanted to give something back to their community in 2013, so they decided to host a charity car show in downtown Red Deer, Alberta, Canada.

The idea was to raise funds for cancer and bring some life to a downtown core where most Saturdays in the summer are no longer a focal point of community activity.

The car guys wanted to bring a retro look to the downtown core so they invited pre-72 car owners to gather on Ross (Main) Street for a day of fun and festivity. 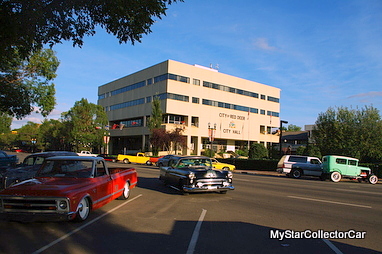 The only problem was they failed to account for City Hall red tape and their resistance to the idea.

City Hall was not onside with the idea and gave them every reason in the world to move the idea out of Red Deer in 2014. 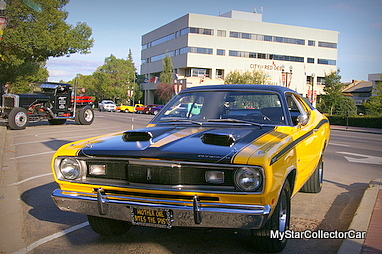 Consequently, the event was moved to nearby Springbrook; a former military base currently in transition to a bedroom community for Red Deer. 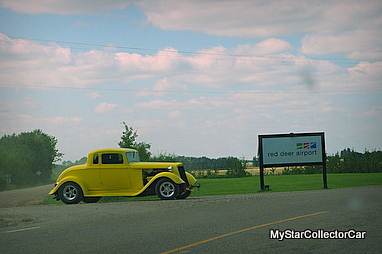 The 1st annual Springbrook Shakedown was born and the inaugural show was one of the best-run shows of the summer, complete with an authentic rockabilly band and a drive in movie. 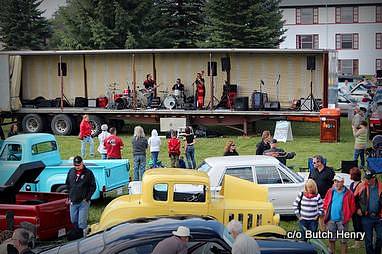 The event also included an early evening cruise right back into downtown Red Deer for some of the main organizers where they parked in the same area they wanted for their show. 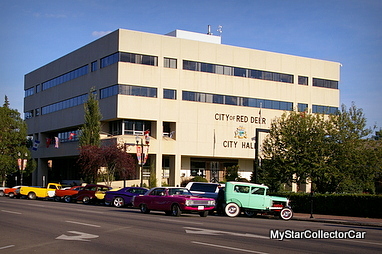 This was an in-your-face moment and it demonstrated how easy the process would have been for City Hall before they complicated the situation.

The Springbrook location meant the vehicles got to park on grass and most car guys love this idea. They had plenty of room to handle the large group of participants and it gave the event more of a festival atmosphere. 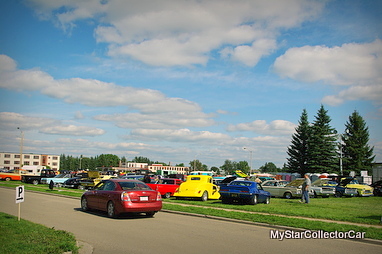 The organizers worked very hard to get their message out to the local car community and their hard work paid off because this was a well-attended show, both in vehicles and onlookers. They even got the weather gods to buy into the program because they had a perfect day: not too hot-not too cold. 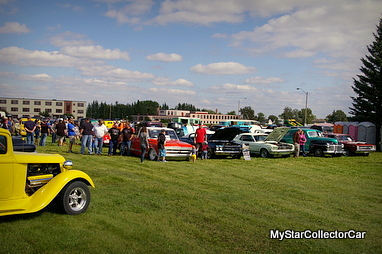 The event was designed as a charity fund-raiser because most car club events are skewed toward this concept. There is a real sense of community among car guys and they want to contribute back to their own communities. 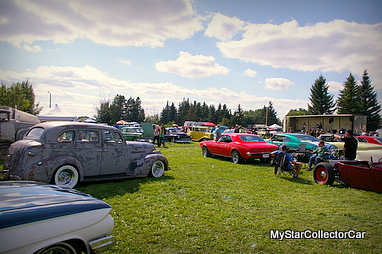 Most people have encountered cancer in their lives, whether on a personal basis, or through somebody in their circle of family or friends. 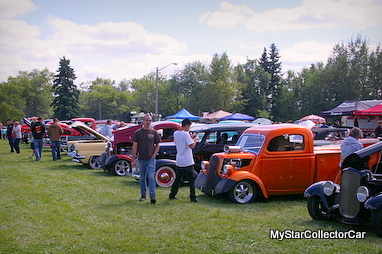 The Springbrook Shakedown organizers chose to direct their funds to the fight against cancer and were able to raise an astounding $17,000 from their event.

They had a generous array of donations that included a very cool custom refrigerator designed by Comfort Collision’s Trevor Comfort and his friend Dave Heykants. 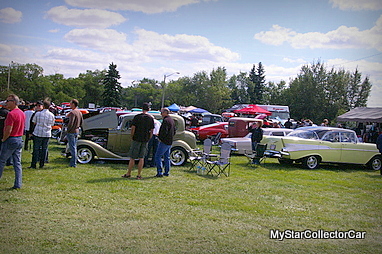 The organizers were very thankful for all of the contributions from the automotive suppliers and services because they played a vital part in the 17k raised for the fight against cancer.

We at MSCC want to congratulate the men and women behind this story. 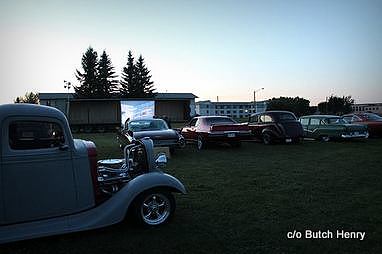 Why waste your time fighting City Hall when you can better spend your time throwing a great car show and raise lots of money for a good cause?