There are likely many readers of our website who are unaware that the guys (Jim and Jerry) behind the stories are identical twins.

My brother Jerry and I have cloned around together since birth, and we are well aware of the identical twin culture – and subsequent myths about twins.

The program explored the world of identical twins, complete with highly anecdotal evidence that twins share a psychic connection.

The twins in the program were allowed to freewheel with all sorts of experiences of mind-reading and shared physical experiences from injury or illness. Various “scientific” experiments were conducted, although many of the tests fell low and outside of actual research protocol.

Instead the program dwelled upon unusual testimony from various sets of twins in which they described weird twin experiences.

The ability to finish sentences seemed to be a big- ticket item with the interview, although most people would agree that this “psychic gift” is shared by anybody that has a lot of exposure to another person.

The DNA link between twins means that they have a higher mathematical probability to absorb a similar impression of an experience, and then explain it in the same verbal fashion.

The twin groups in one test were subjected to surprise events to startle them, while their clones were hooked up to lie detectors to measure physiological changes. The results indicated that there was a correlation in some cases, but it appeared that the test was not conducted with a blind test that had zero surprise events. Nor were the test results examined according to the short timeline of the test and whether the correlation occurred more frequently in the second twin that had already been startled in the experiment.

And I was an English major in university- not a science major.

The program did include a set of female twins who advertise that twins have a higher psychic ability, so these women can predict the future and communicate with the departed, presumably via Dead People Facebook.

Coincidentally, I came away from the program with the same opinion as Jerry:what a giant truckload of crap.

But I will give you a real anecdote of identical twins at car shows because Jerry and I spend a lot of time with car owners at the shows. We need their stories and that requires an interview process with them. 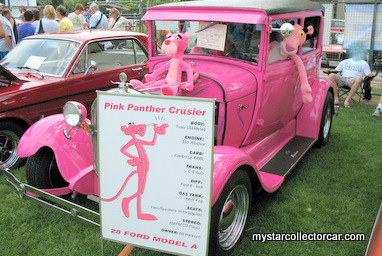 Jerry and I have tripped over each other many times at the shows. One of us will talk to a very confused owner about their vehicle and notice the “do you have brain damage” look on their faces.

A lack of psychic connection means that either Jerry or I have already talked to the car guy and he sincerely believes that the second twin is in serious need of a net and subsequent proper psychiatric care.

So I use my car world experiences as evidence that Jerry and I did not get the optional ESP package at the twin factory.