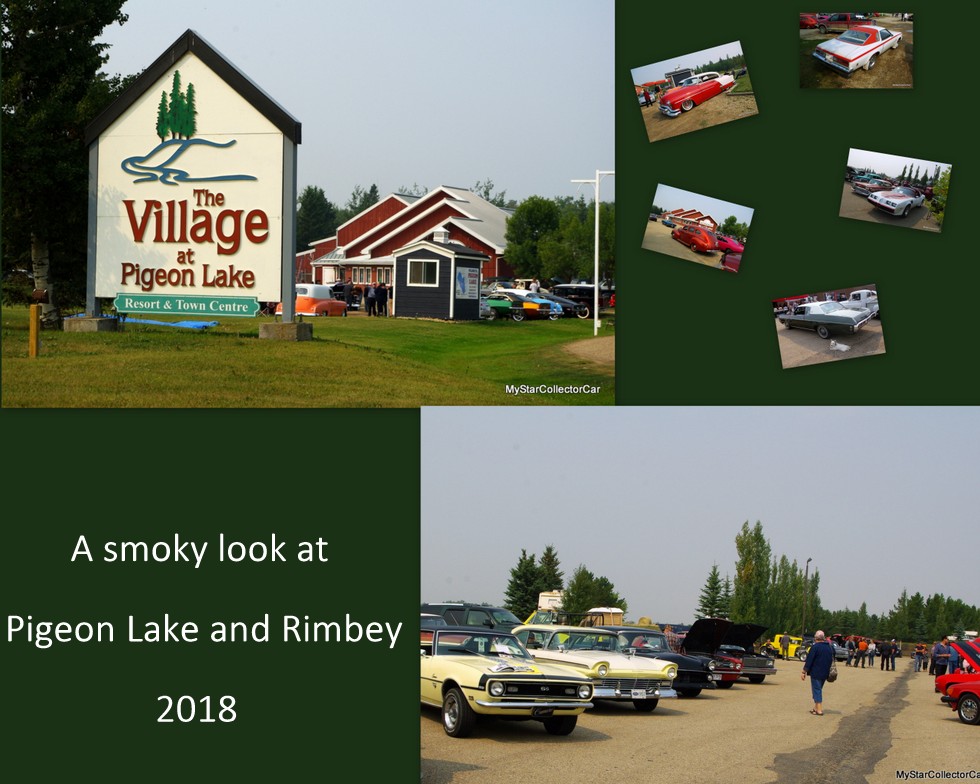 There have been plenty of forest fires in the Canadian province of British Columbia this summer.

It turns out forest fire smoke likes to take a summer vacation right next door to BC in the Canadian province of Alberta and the net result is an extraordinary amount of smoke from British Columbia in Alberta. 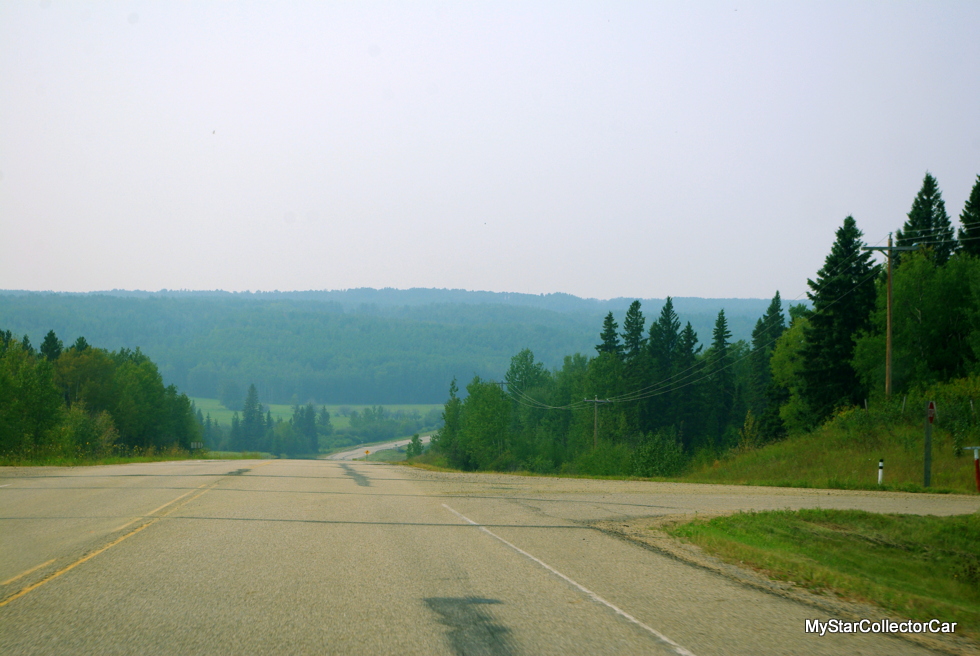 Sadly, the forest fires are game-changers for the people in BC because of the massive destruction in that province. The smoke from the distant fires have also influenced the outdoor activities for many Albertans-including the car guys and girls. 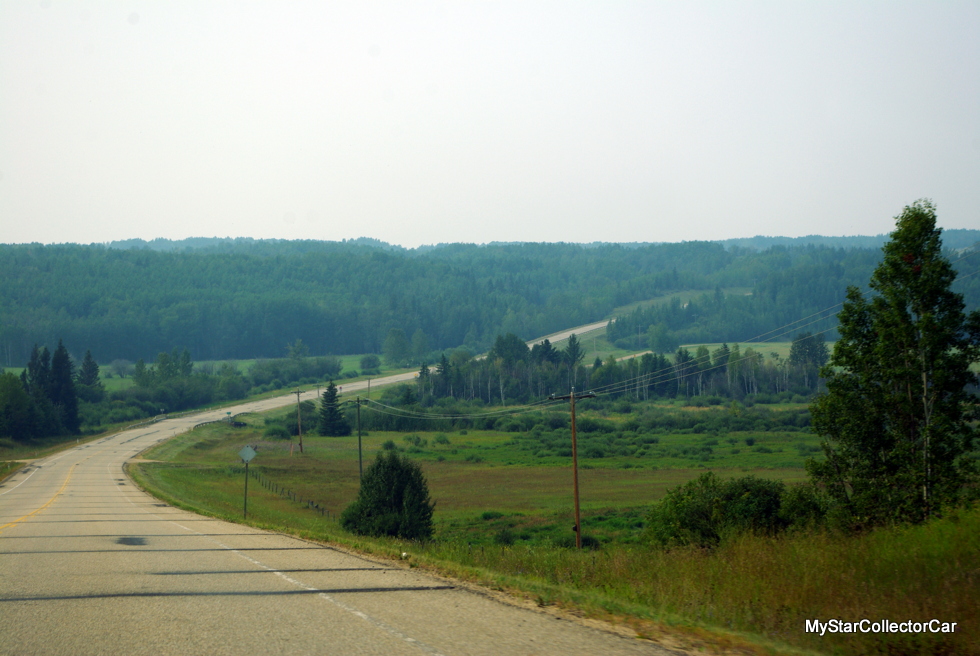 Despite the calamity, MyStarCollectorCar managed to attend two shows in northwest Central Alberta this past weekend and noticed the smoky conditions along the road to both shows (one at the Village at Pigeon Lake, Alberta and the second about a half hour away in Rimbey, Alberta). 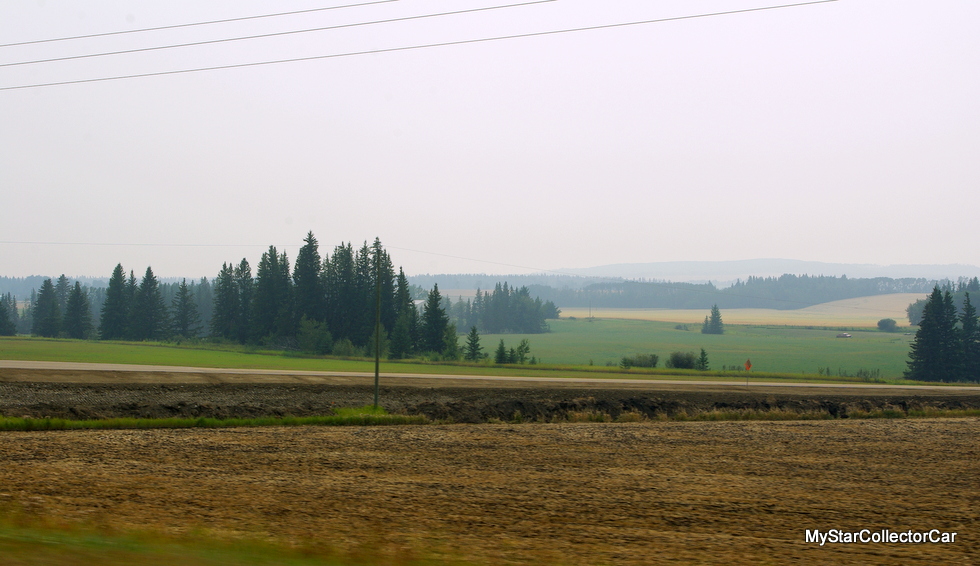 The smoky conditions did not get in the way of some great stories at both shows and MyStarCollectorCar was glad we were able to pull off another car show doubleheader this past Saturday.

Our first stop at the Village at Pigeon Lake show yielded a few stories, including a survivor 1976 Malibu Classic in excellent condition. The Malibu was also an Olympic Edition model because this world sporting event took place in Montreal, Quebec in 1976-and GM jumped into the game in a big way with rare Olympic vehicles that year. 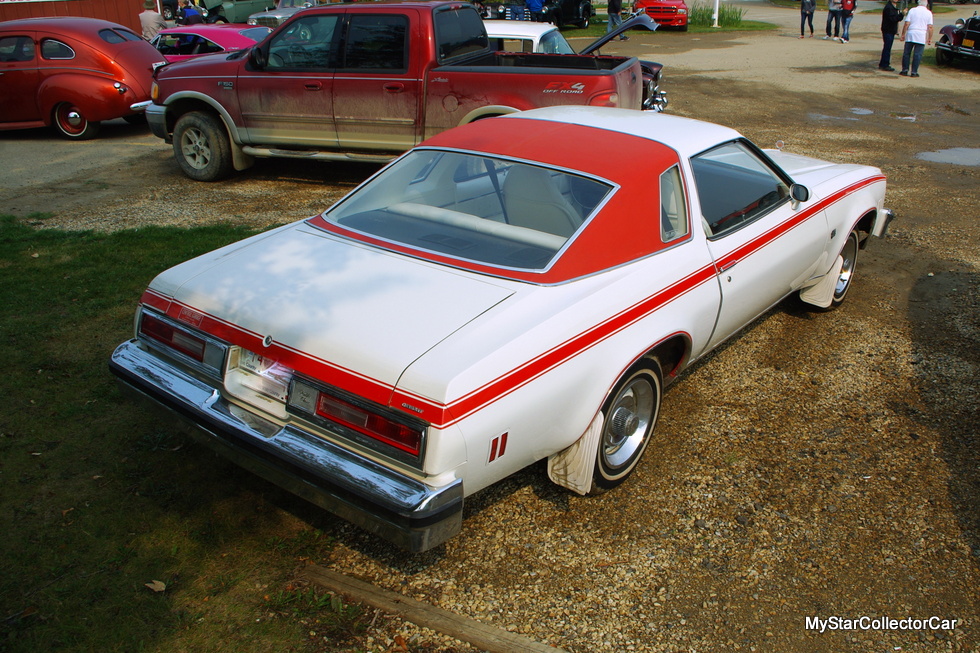 Read all about this very rare Malibu in a future MyStarCollectorCar article.

The Village at Pigeon Lake car show also had a resto mod 1953 Oldsmobile Super 88 two-door hardtop in its lineup. The Olds had some unusual custom features that made this stylish 65-year-old car perform very well in the 21st century. 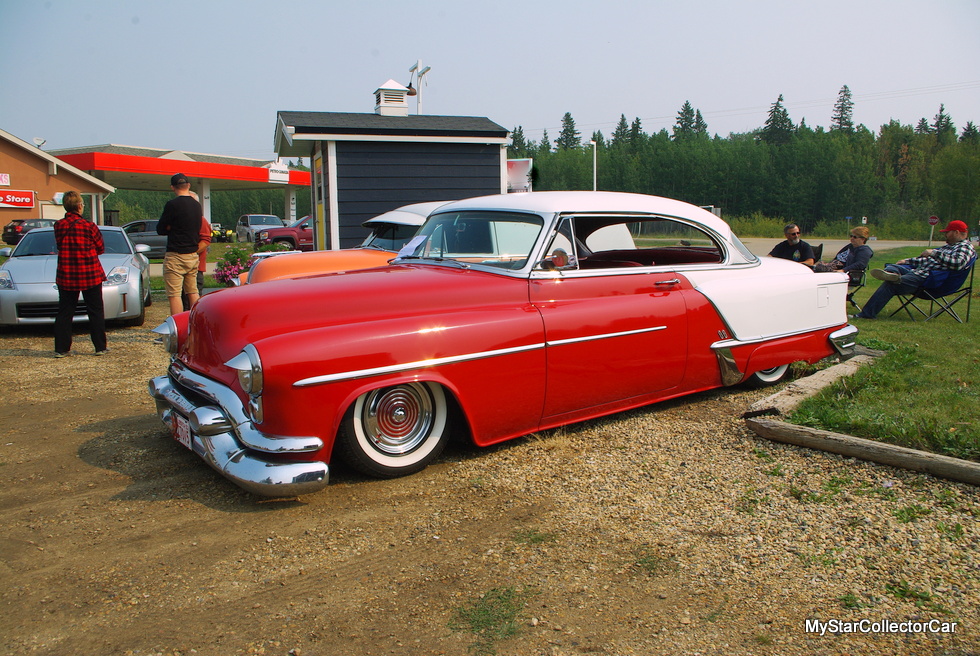 The entire story behind this remarkable resto mod will include an unusual scenario when its young owner drove the car during the winter months. MSCC will do a feature about the young car guy’s adventures with his ’53 Olds (both building it with his dad and driving it after completion) in a future piece.

A 1939 Mercury four-door sedan with factory suicide doors is already an unusual conversation piece for its colorful owner. He was heavily involved in the build process that transformed his ’39 Merc into a very cool resto mod. 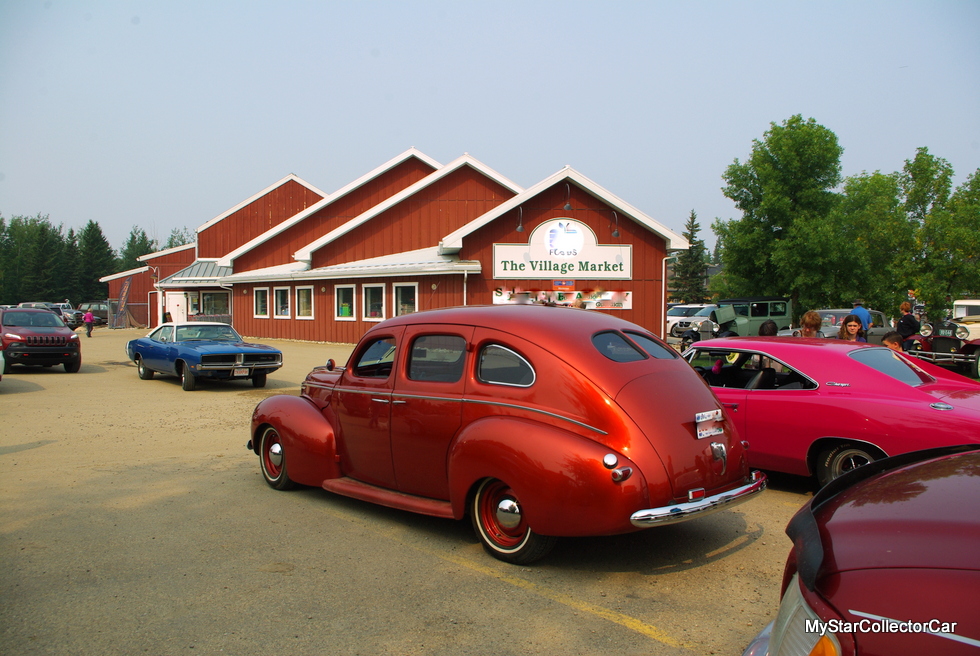 In fact it’s now so cool that he has used the ’39 Merc as a wedding car for a young bride’s ceremony after his 13-year Merc project hit the finish line. The only information MyStarCollector will release at this time is that he did indeed get her to the church on time that day.

The rest of the story about his 1939 Mercury will be revealed in a future MSCC article.

The road to the Rimbey car show from the Village at Pigeon Lake show was both scenic and smoky. Most of the scenery was provided by the region-but a very cool vintage Ford pickup was also in the picture because it was on the road at the right time for the right photo op. 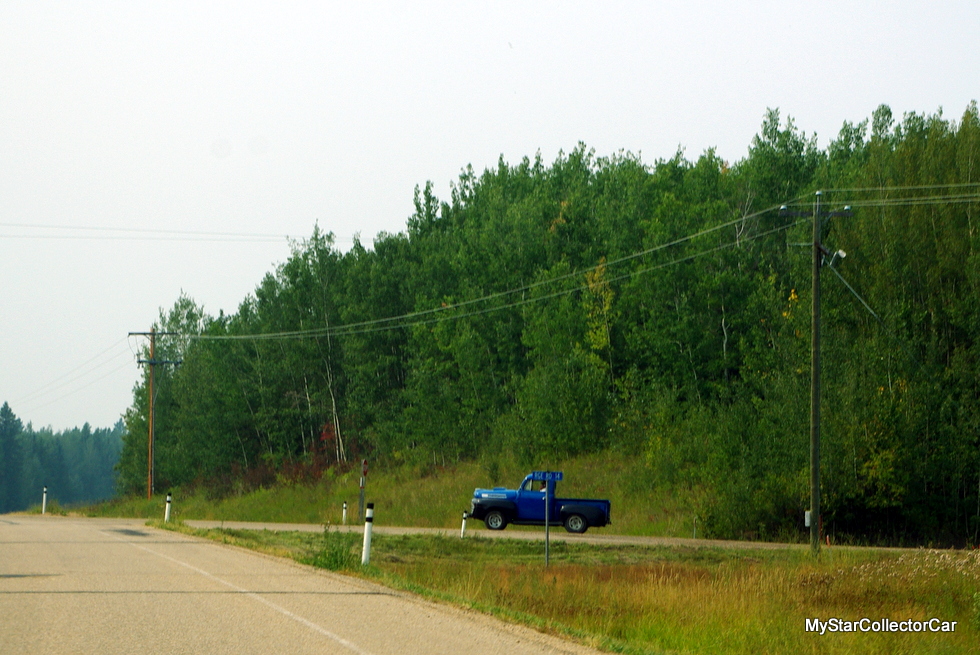 MyStarCollectorCar may have taken the scenic route to the Rimbey car show, but there was plenty of automotive scenery upon arrival. 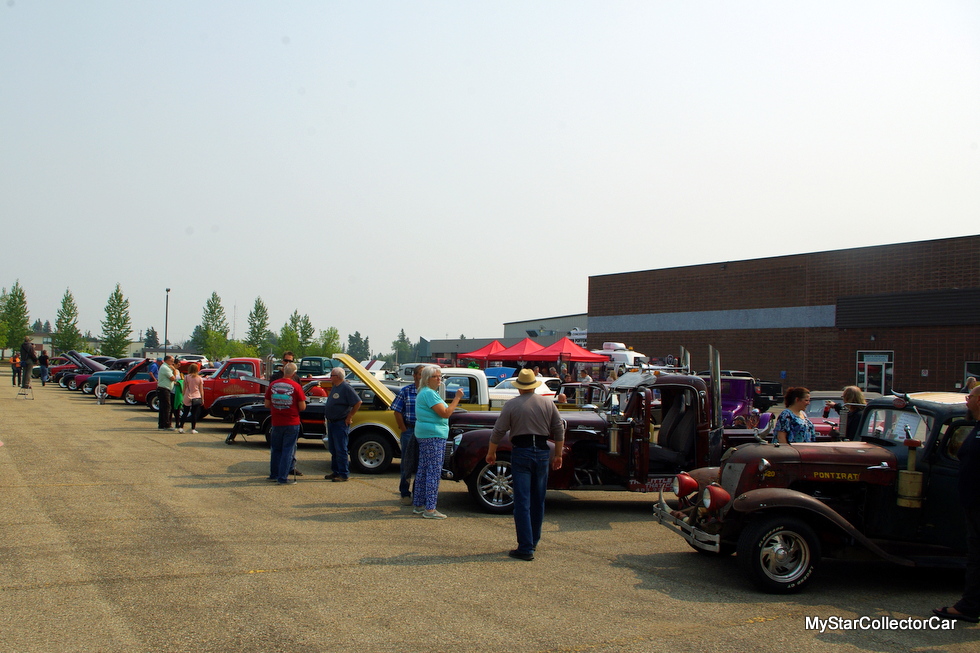 A 1980 Pontiac Firebird Trans Am was at the Rimbey show and MyStar was able to connect with its owner to get the full details about his very stylish T-roof Poncho from the Reagan era. 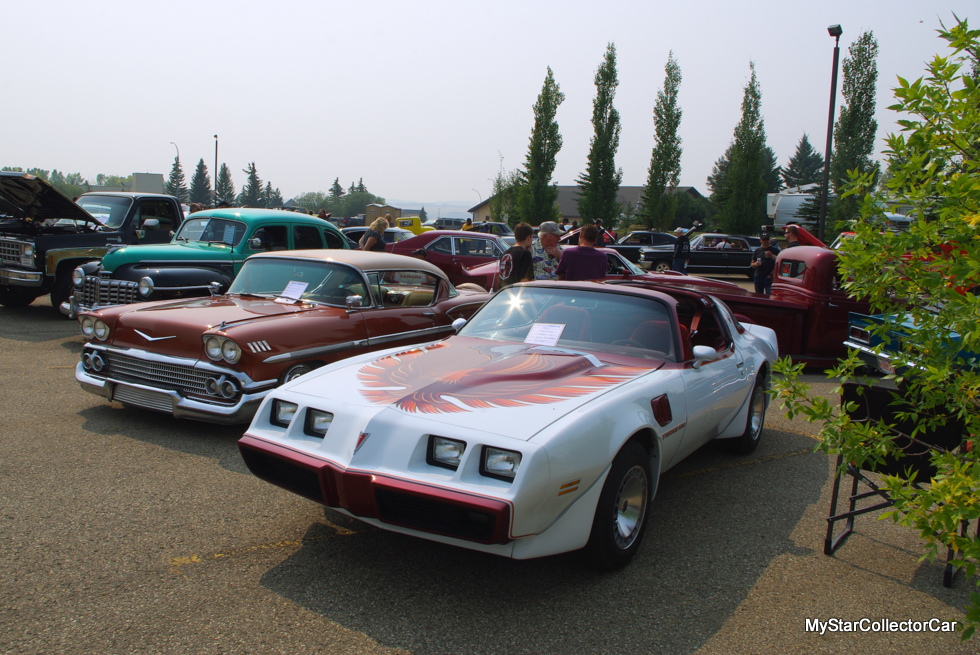 Our readers will be able to find out a lot more about the ’80 TA’s history in a future MyStarCollectorCar piece.

Last, but most certainly not least, on our latest doubleheader car show day was a 1969 Chevy Impala two-door hardtop with a factory 427 big block under its hood. 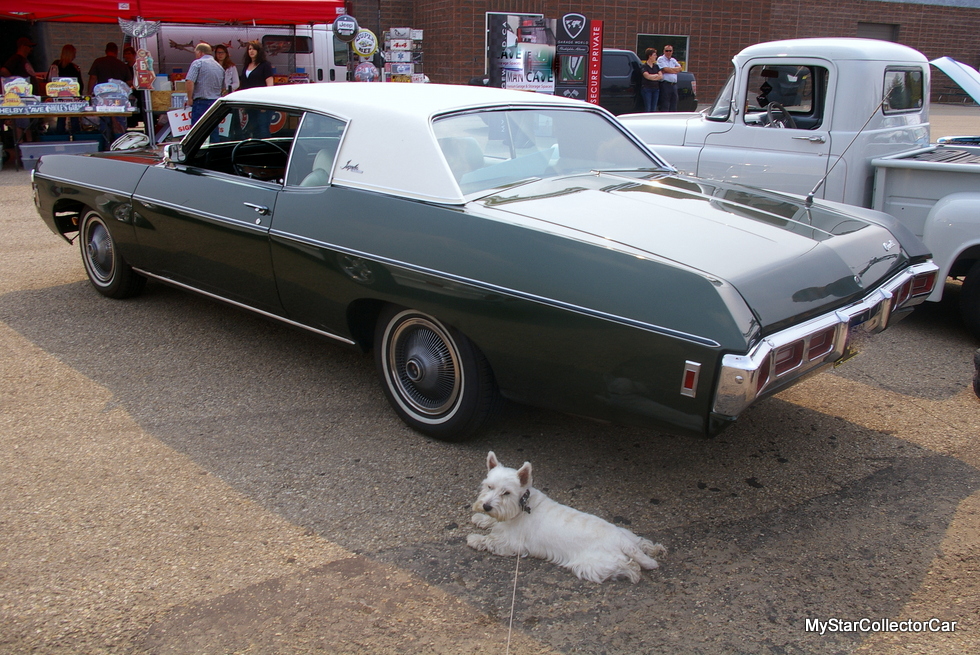 This Chevy had all of the same features as an SS model (including the monster 427 badges on its front fenders) and MystarCollectorCar will share all of the information with our readers in a future article.