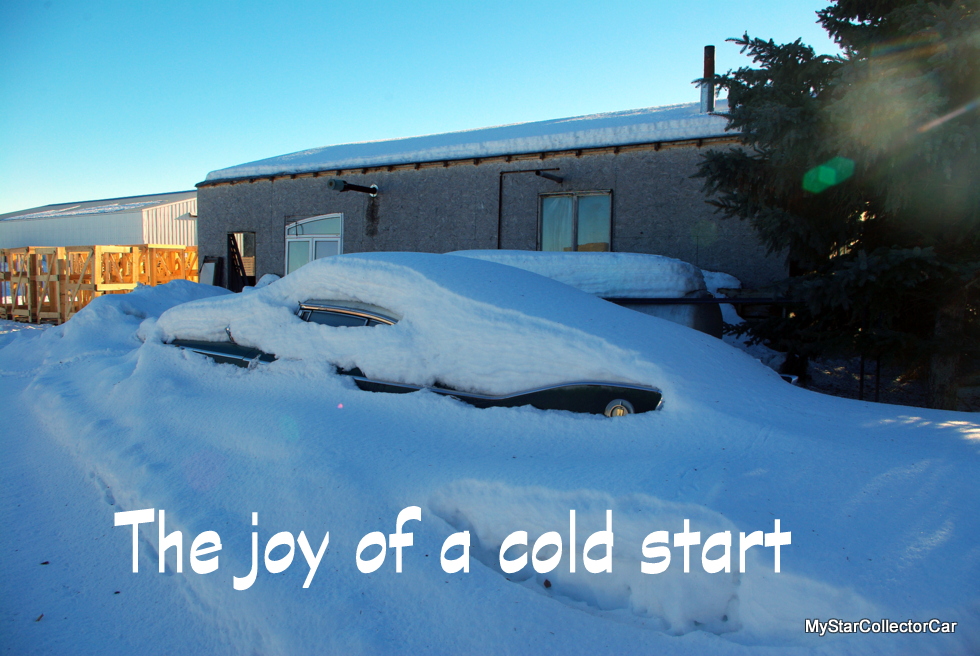 Winter is a large, obnoxious and uninvited guest for most car guys.

Winter stays too long and drinks all of the other seasons’ beer while it takes up all of the space on the couch and shoves around the weaker, wimpier Spring, Summer and Fall during its long visit.

There are few good reasons left to love Winter when enough calendar time has passed and now points to warmer months, but MyStarCollectorCar decided to give it a go. 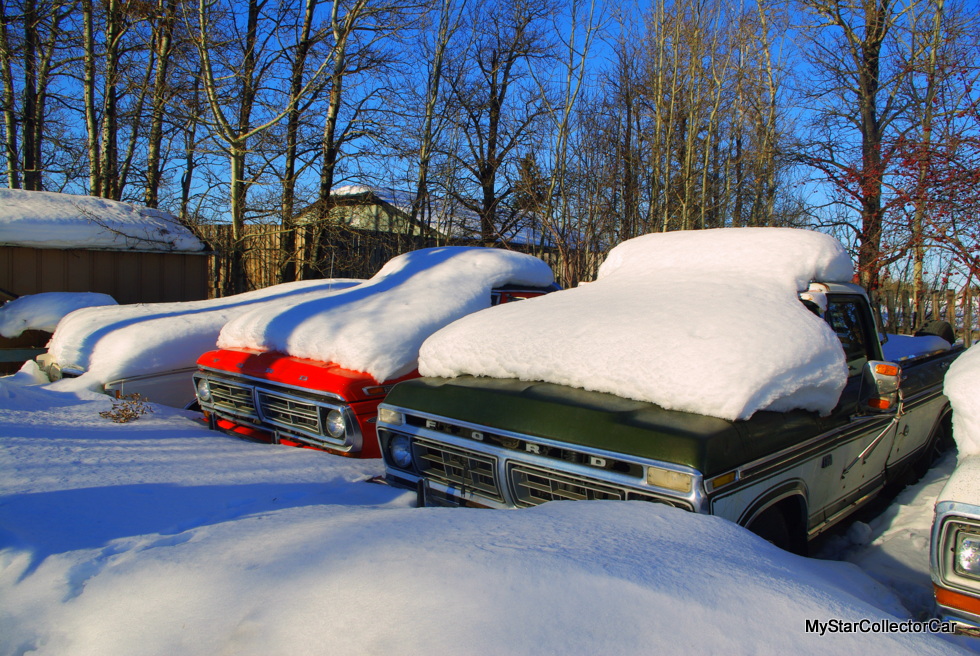 Probably because we at MSCC have a very bad case of cabin fever now that our calendar shows Spring has arrived in an official seasonal sense-if not an actual sense in our area.

Practical car guys use the long winter months to work on projects because they offer a golden opportunity to build the ride of their dreams so they can show it off when Winter finally takes a hike.

However, a few mavericks/car guys will take a different approach to the winter months and attempt to cold-start a vintage vehicle from a bygone automotive era. In fact, there are many Youtube videos on this very topic that are produced by a collection of offbeat car guys who live a couple of hours away from us. 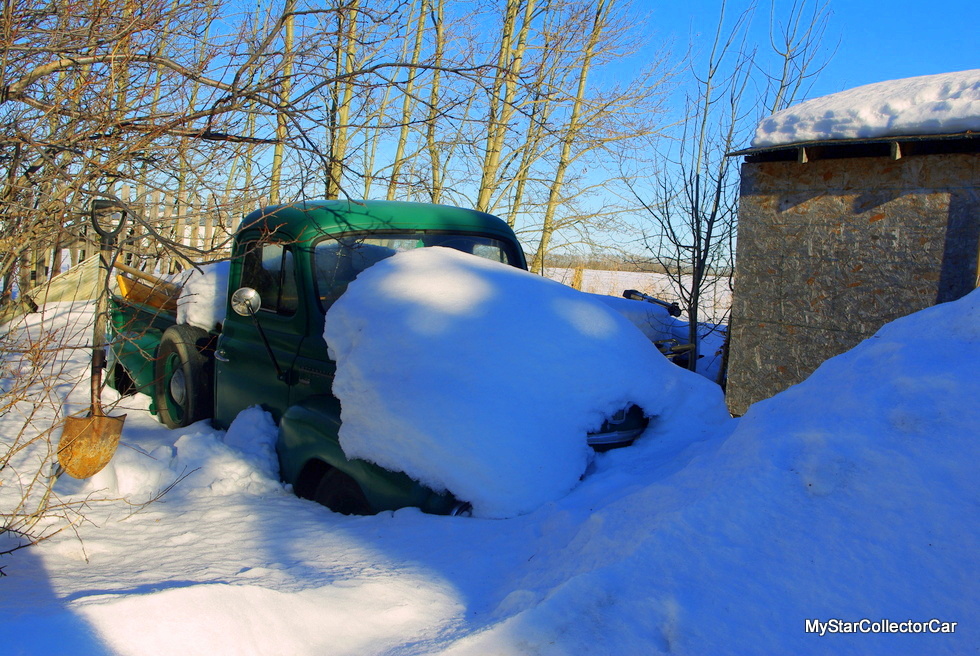 MyStarCollectorCar shares in their sense of accomplishment because we live in their climate and know exactly how our winter months can affect any vehicle’s starting potential in a very bad way. Everything that is essential to a successful start is compromised by cold weather. 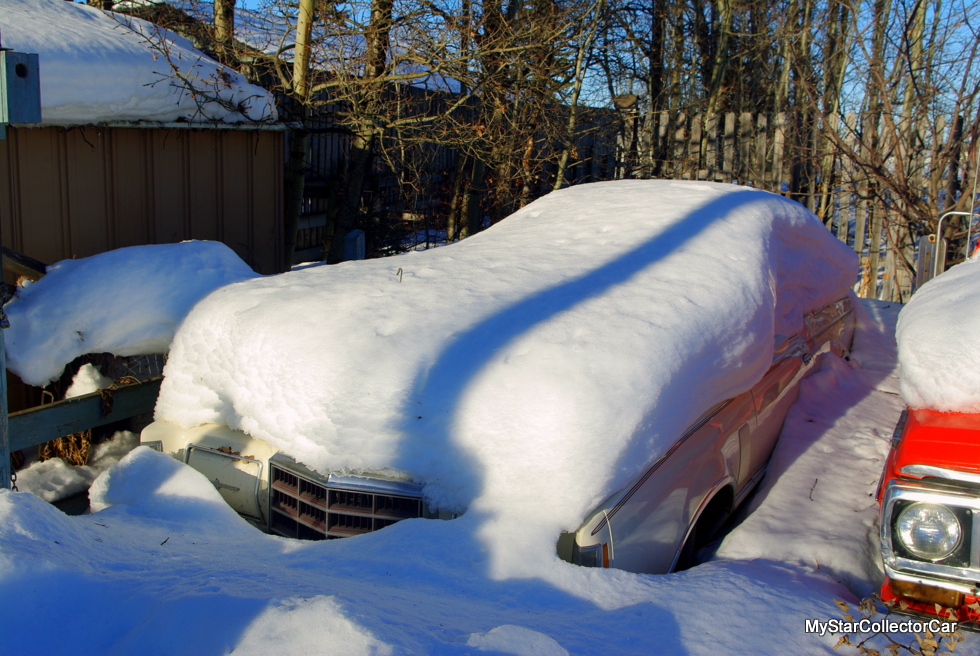 Fluids are not fluid in the traditional sense of the concept while batteries fight an unwinnable battle against the realities of cold weather and deliverable amps. Mechanical parts that have any weakness will display that flaw in a catastrophically big way during the coldest segment of the year. 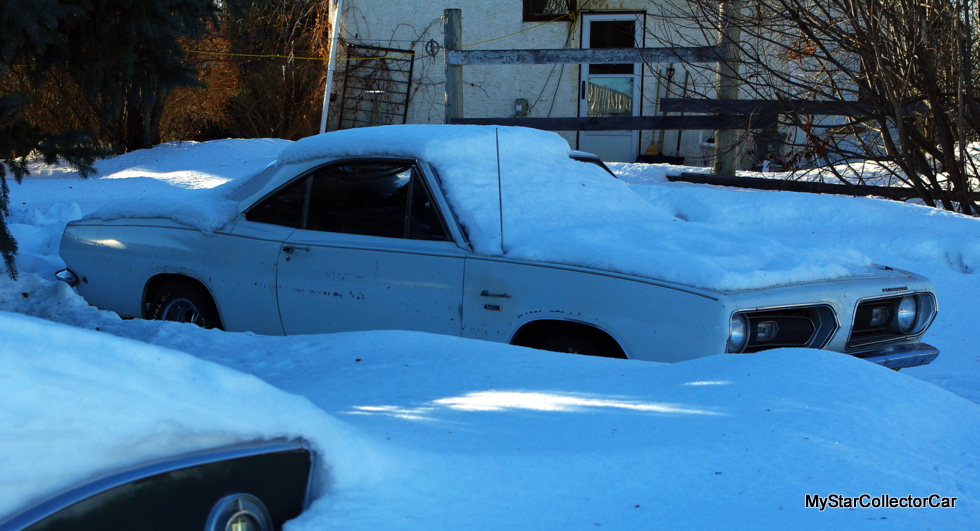 The cold hard truth is Winter runs the show when it comes to a vehicle left outside in Nature’s freezer and old vehicles that are long past their shelf life don’t perform well (if at all) during the cold months. Thus an ambitious and foolhardy attempt to cold-start an old ride is a worthy challenge for car guys.

A cold-start will pit a car guy against long odds if this feat is attempted in the winter. They will duke it out with crappy carburetors, sketchy points in the ignition system, failing mechanical parts, and numbing cold that will reduce their fingers to frozen flippers in a matter of minutes. 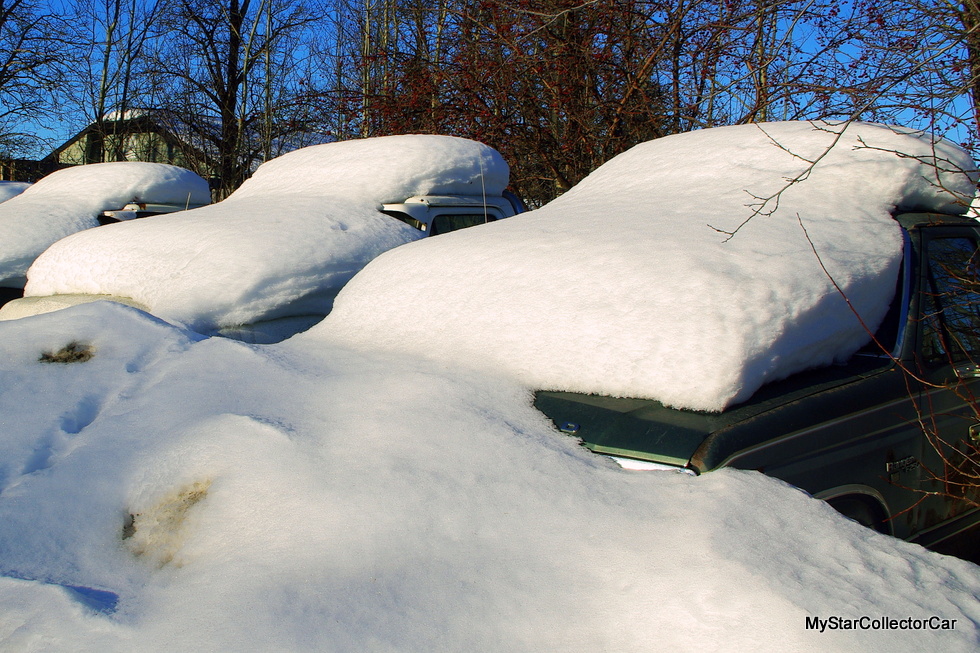 All of the above will take place on an engine that may have seen its best days when Elvis was a skinny young king and cars had big fins. Throw in extremely cold weather and the odds are decidedly against the plucky car guys who attempt to start an old vehicle parked outside during the winter months. 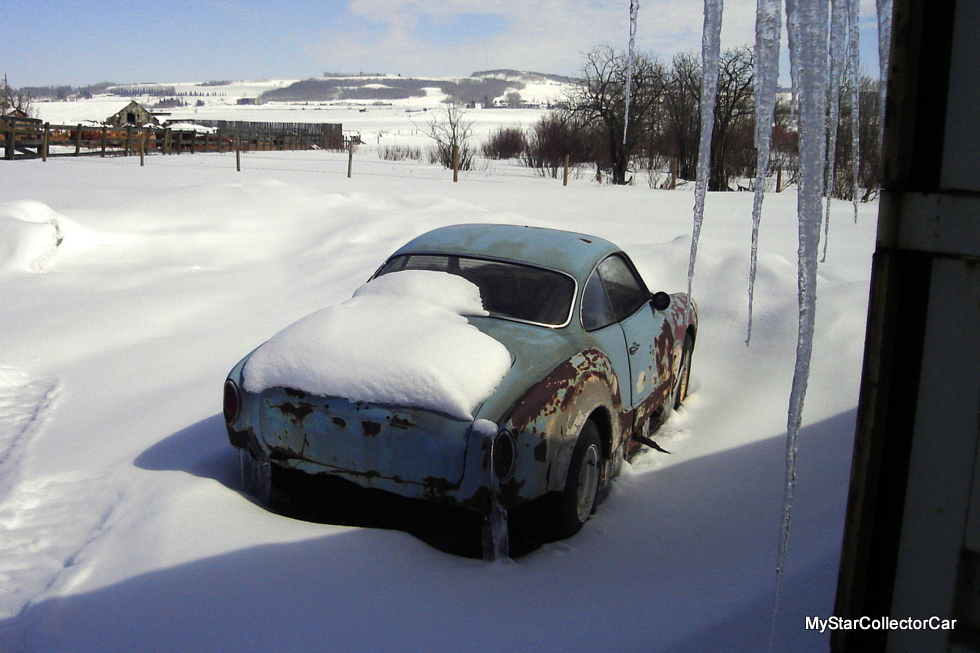 The sane question is why attempt a cold-start in the first place? MyStarCollectorCar will give the nod to famous mountaineer George Mallory when he was asked why he attempted to climb Mt Everest in the 1920s: “Because it’s there.”

George did not make it to the top of the famous mountain and died during his final attempt but he gave it a hell of an effort. Most car guys will understand why George attempted to climb Mt Everest, although their efforts to cold-start an old vehicle are usually doomed to less deadly failure. 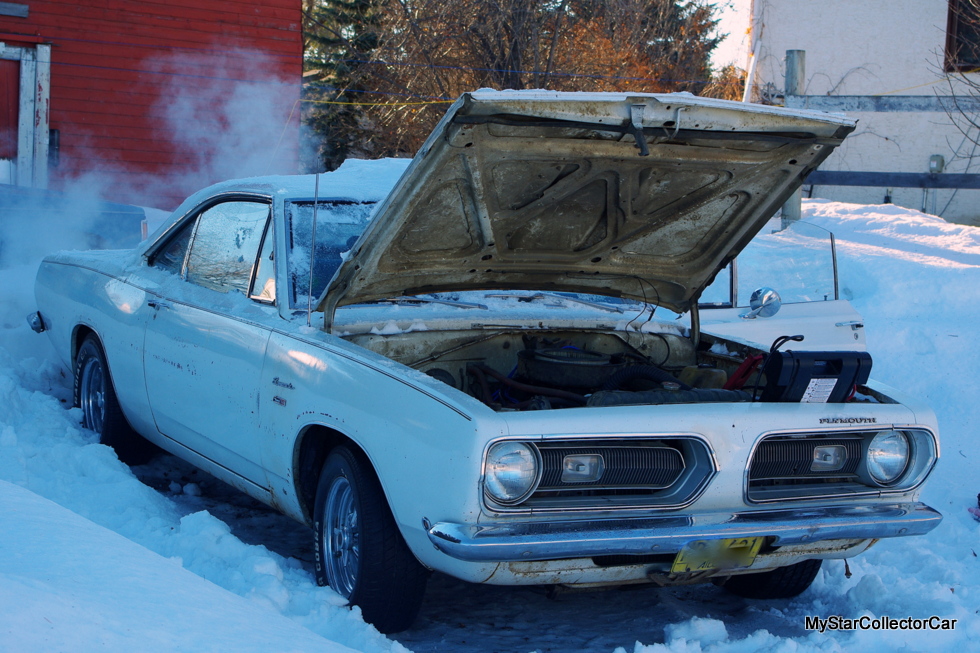 But they focus on success where an old engine fires back to life in the dead of winter and they are able to bask in the glorious joy of their unlikely accomplishment. They have beaten long odds and made an old vehicle come back to life.

Just like it did every day of the year-all those decades ago.

A CAR SHOW HONORS THE MEMORY OF A YOUNG CAR GUY