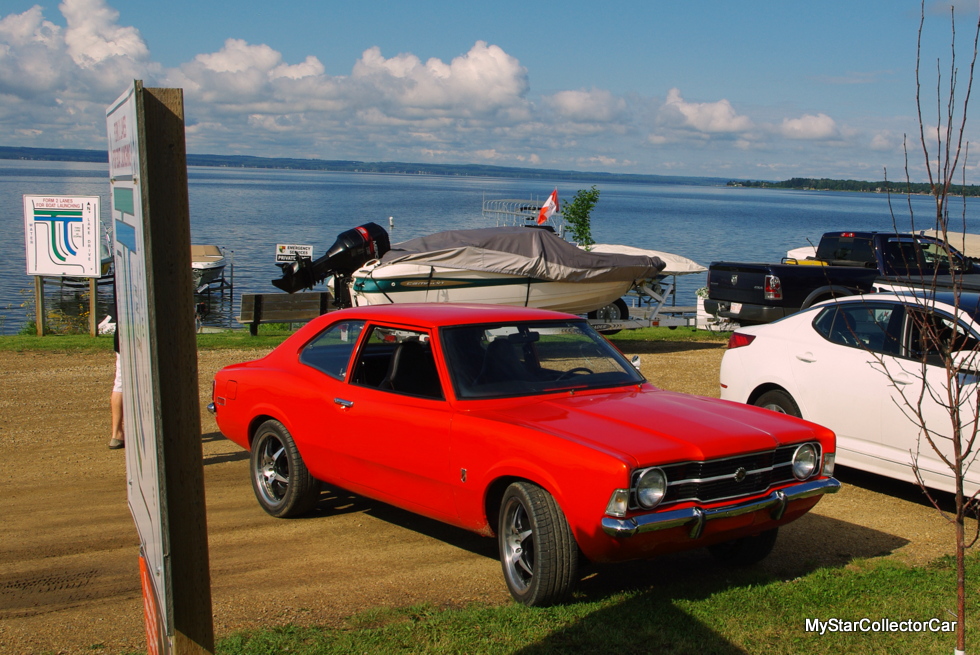 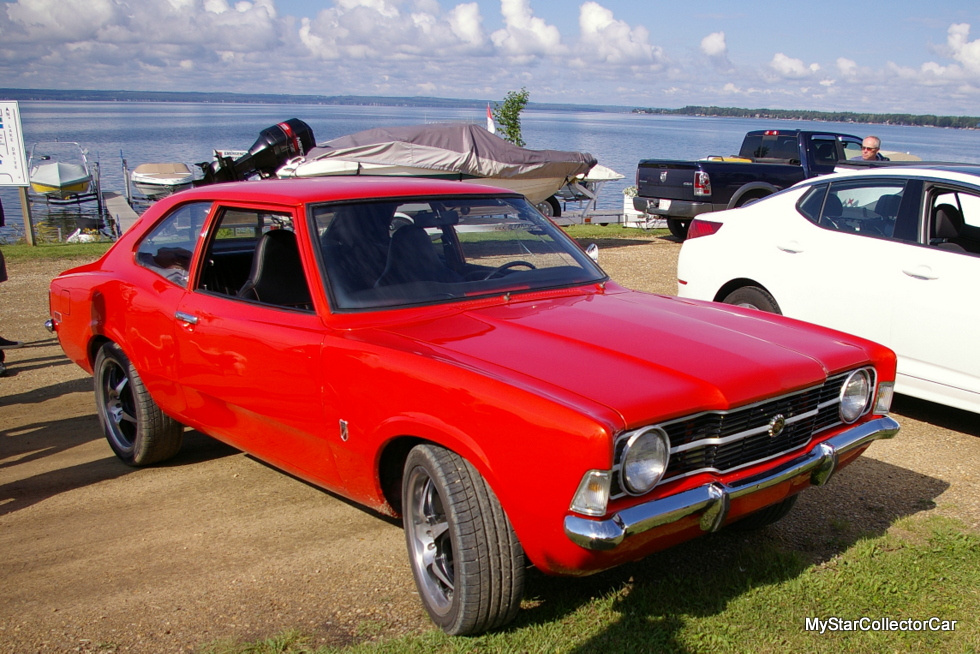 The Ford Cortina was a famous import from Great Britain to Canada in the 60s and 70s.

The compact Brit was a popular and affordable set of wheels in 1972 when current owner Ryan Lumb’s father decided to purchase his first new car.

Ryan’s father was only 18 years old when he bought the Cortina and became a new car owner in 1972. 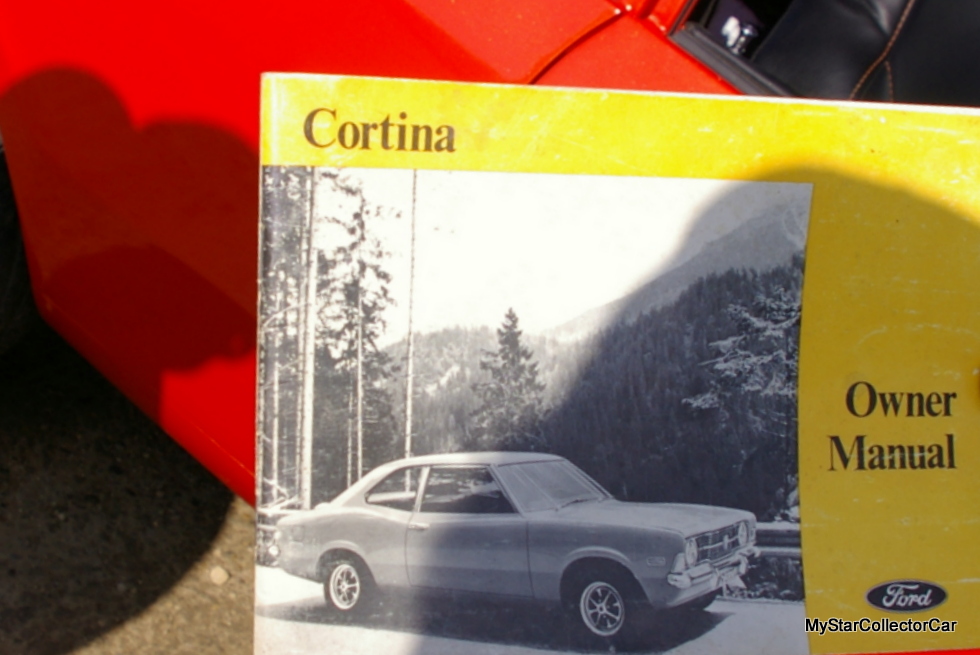 Ryan noted the car was an affordable choice for a newly-minted young adult and Ryan’s dad was excited to be the owner of a brand new Cortina from Ford of England. 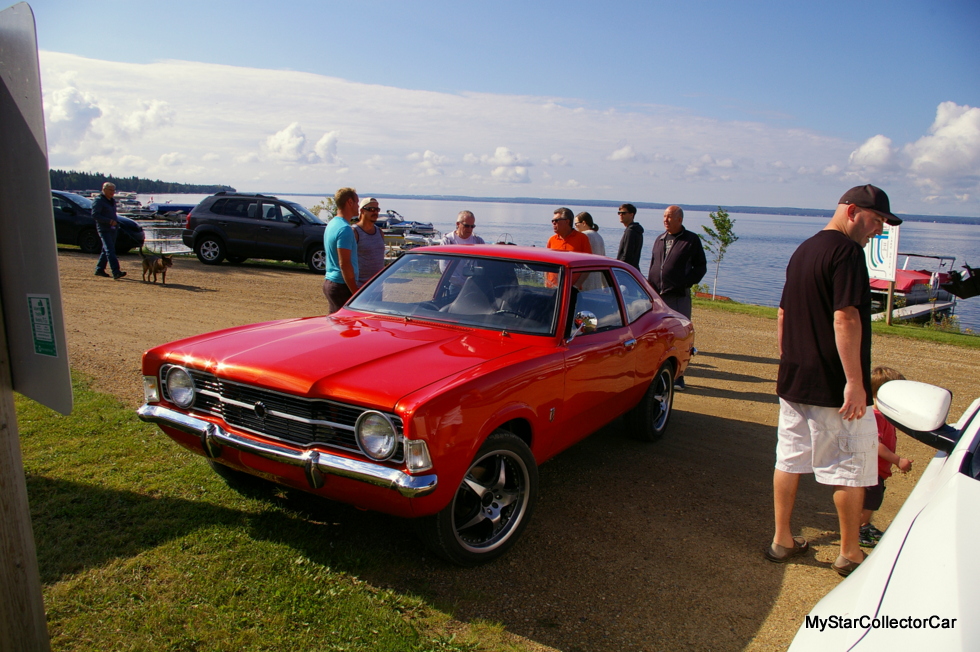 The ’72 Cortina was Ryan’s father’s pride and joy when he became its new young owner. It was also his principle source of transportation for many years until he retired the car to a garage in the early 90s. 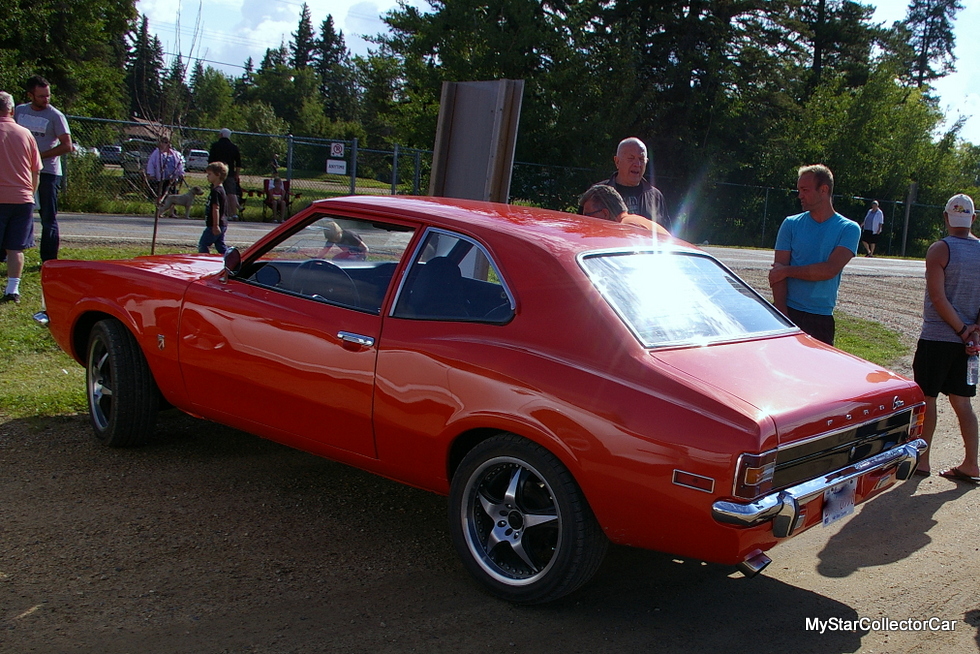 The Cortina was nearly 2 decades old when Ryan’s dad decided to take it off the road and formulate a plan to restore the car back to its former glory. There were few Cortinas left in Canada, even in 1991, because the cars were not built to handle the Canadian winters. 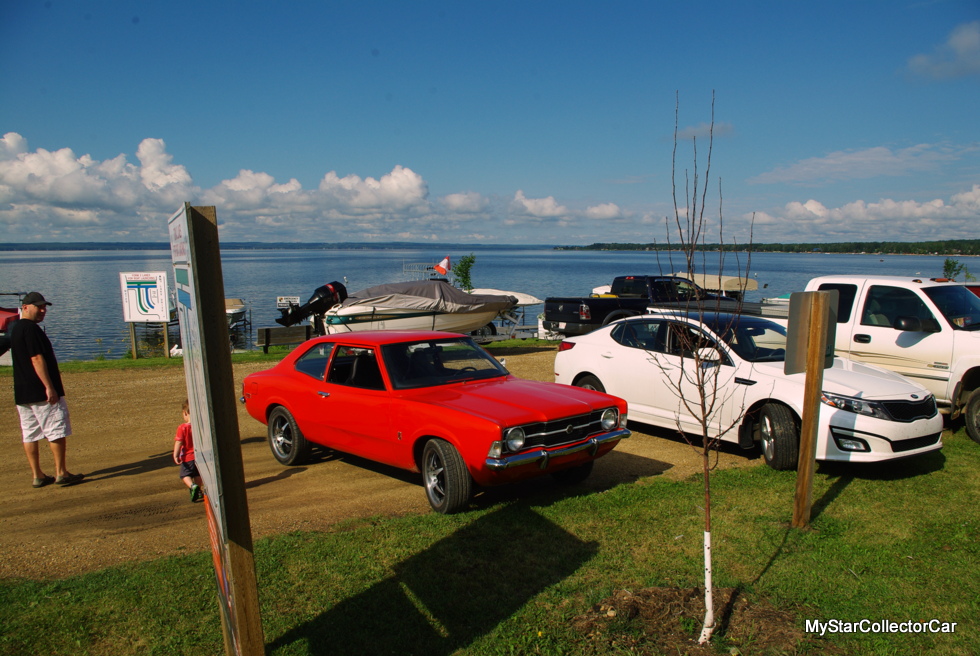 The game plan may have been simple, but unfortunately Ryan’s father was killed in an ATV accident in 2003 and his death ended the restoration dream for him. 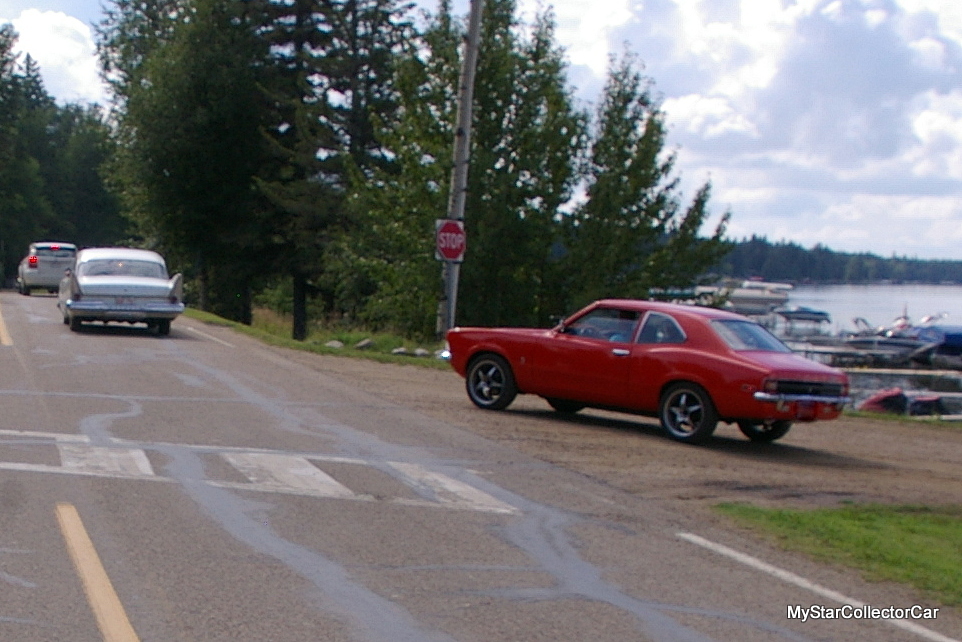 That was the moment that Ryan decided to dive into the project as a tribute to his late father. Ryan was mechanically inclined, pretty handy with a welder, and felt that he would be able to easily transfer his skills to the Cortina project. 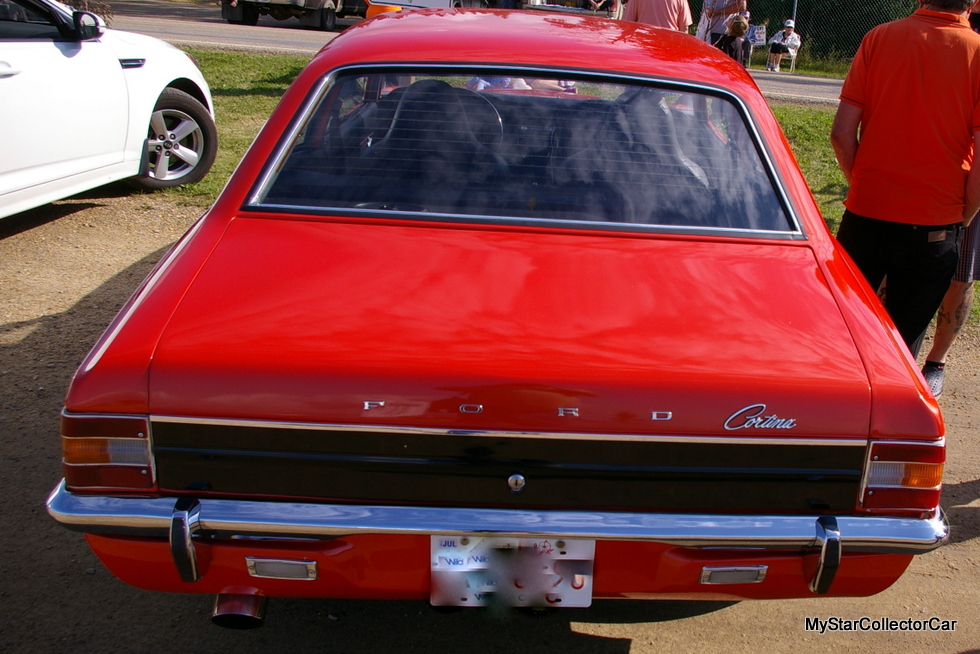 However, a car like a 1972 Cortina was actually a pretty complicated process for Ryan and required more of his time and money than he forecasted for the project. Ryan added that he “did a lot of research before he tackled the car project”.

The car required “a lot of work”, according to Ryan. He added that he did all of the “cutting and welding” on the car.

Ryan also swapped out the original Cortina four-banger and four-speed manual transmission for a 2002 Ford Focus SVT power train that seriously changed the performance in the Cortina.  The car has plenty of horsepower and a 5-speed manual tranny to make the 46-year-old Cortina into a monster of a road car. 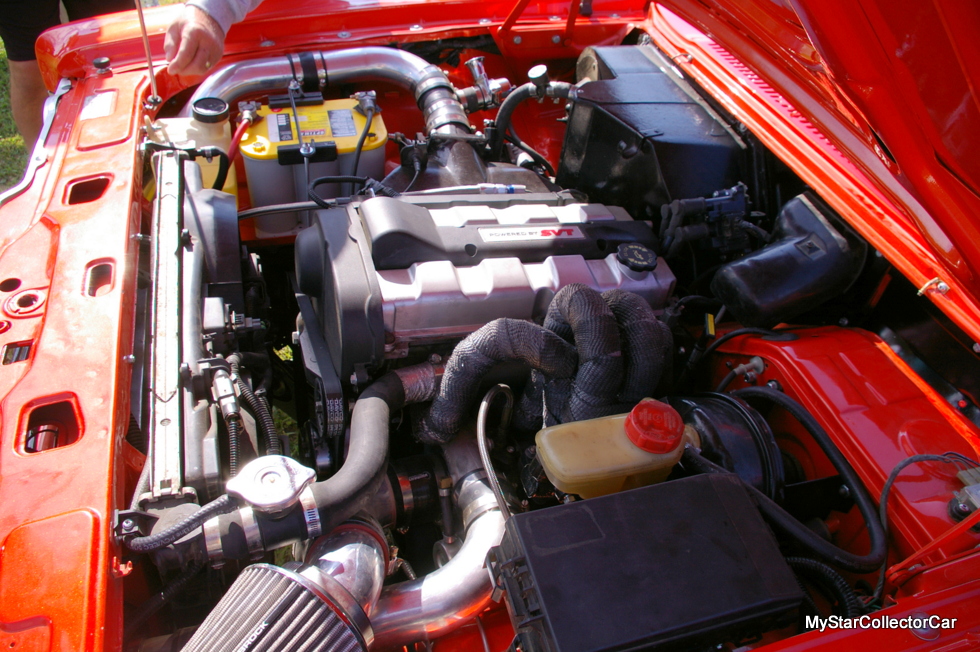 The Cortina was originally green, but orange is one of Ryan’s favorite colors and he wanted the Cortina to look like it performed: flashy and hot. 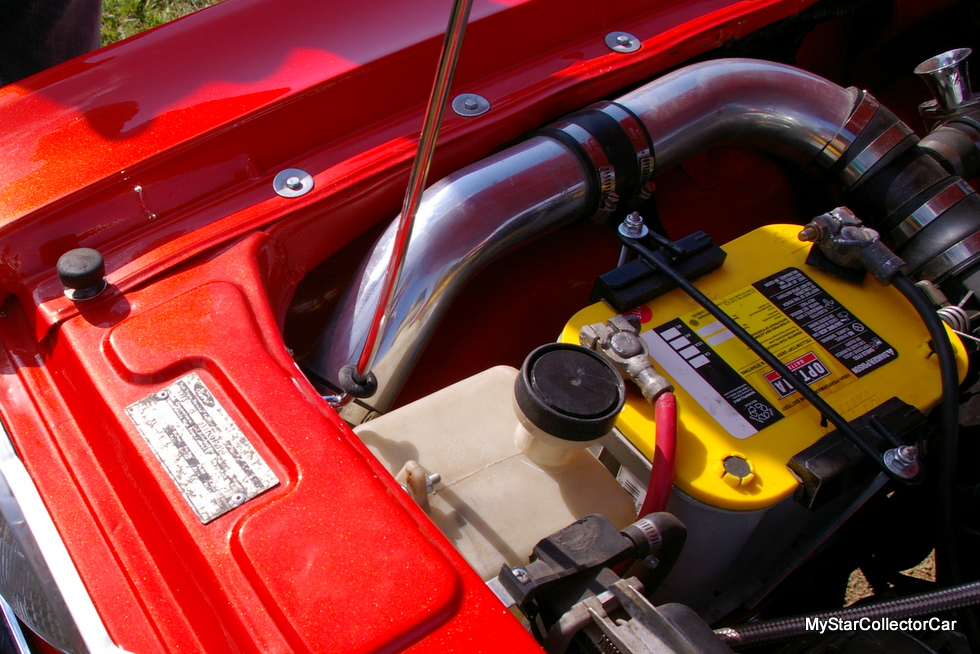 Nevertheless, the car retains much of its originality, including its dash and interior. The seats are original and they have only been re-upholstered to bring back the memories for Ryan. 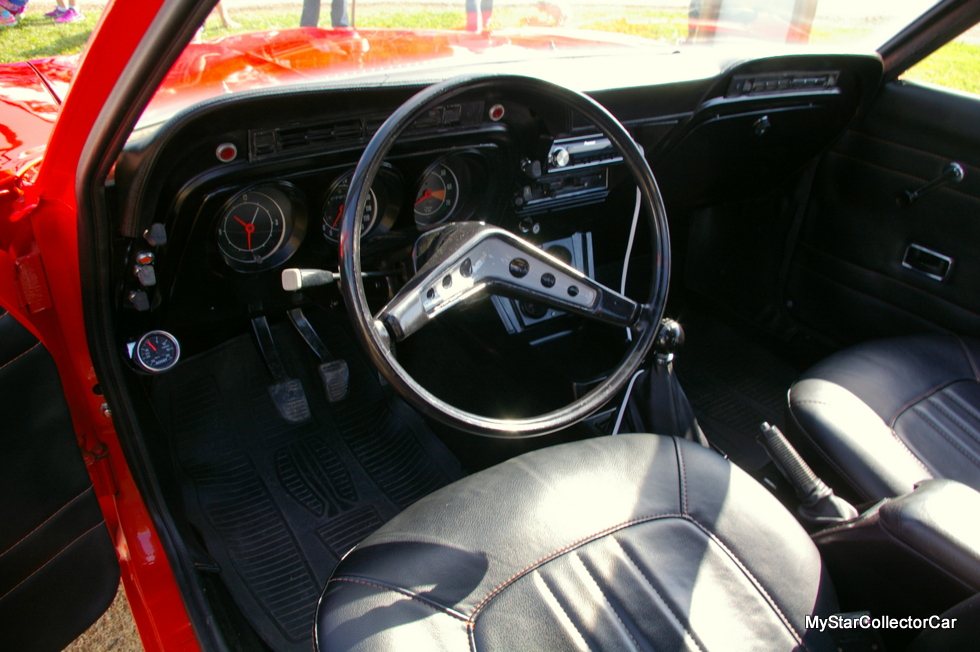 The 1972 Cortina exported to Canada was a single headlight vehicle and Ryan found out quickly that parts are expensive and rare when he replaced the driver’s headlight and front grille emblem on the car. 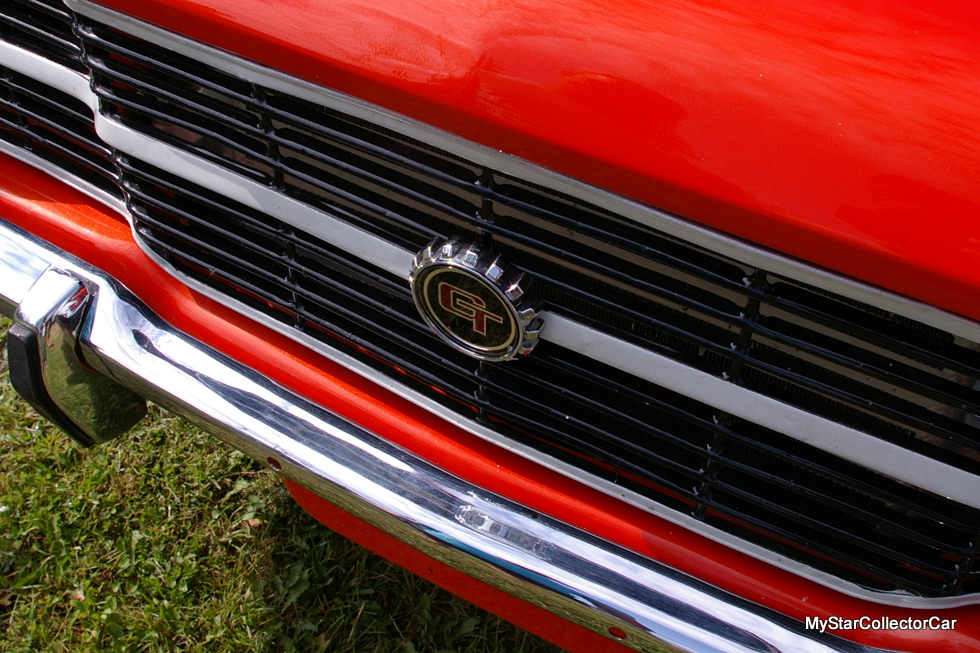 Ryan’s memories about the Cortina are pretty vivid.  Ryan remembers “riding in the back seat and going to the dentist”. 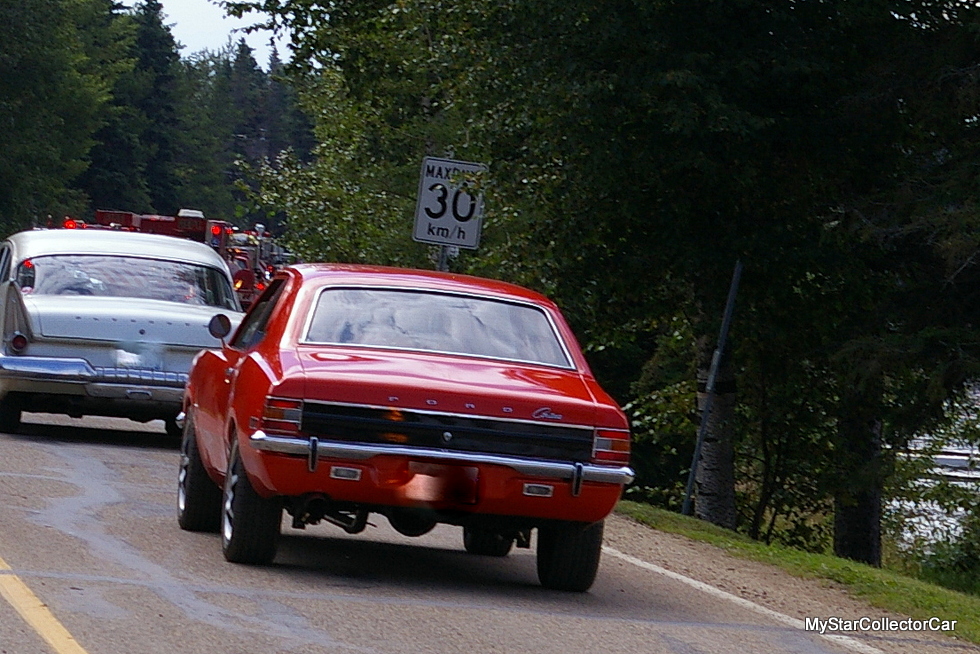 A 1972 Ford Cortina is a rare guest at any auto event in 2017, but Ryan’s connection with his late father through the car has made it irreplaceable for him.

STAR TRUCKIN’-THE REAL WORK MACHINES GET THEIR OWN SECTION