I was parked next to a new Mustang with an old school scoop planted squarely in the middle of the hood and I liked the look-a lot.

The new pony car already had a natural muscled-out look to it and the hood scoop was icing on the cake for the new ‘Stang.

The stance of the car and the design of the hood scoop were a very cool, believable combination on the car.

They looked like they belonged together on the road in a Hope/Crosby kind of way. 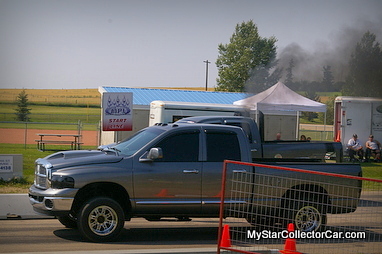 Behind the Mustang was a newer Dodge truck with a hood scoop that also looked very cool, but I was not as warmed up by the look because most of my personal hood scoop styling cues can be traced back to my years as an impressionable young kid in the 60s and early 70s during the early years when hood scoops were only on muscle cars. 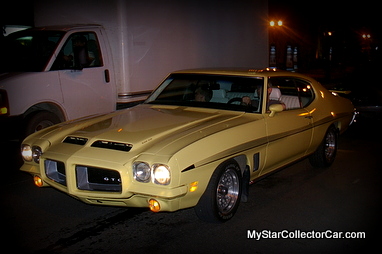 Trucks did not come with factory hood scoops during that bygone era so I have no precedents from my youth to draw an impression about pickups equipped with them.

The hood scoops on cars were part of the muscle car philosophy in the 60s and some were even functional, while all of them were stylish on the old school Detroit iron. 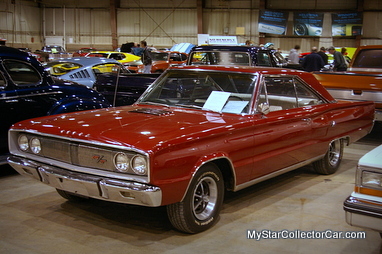 Scoops became very noticeable in 1964 when the first Pontiac GTO showed up on the street with hood scoops.

The Goats looked great with scoops and so did the limited edition Ford Fairlane Thunderbolts in ’64. 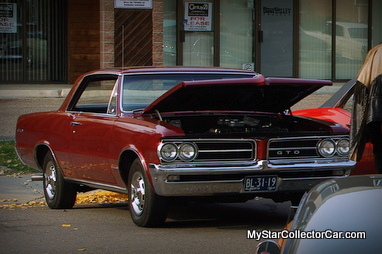 Both are very desirable as collector cars in 2013, but there were only 100 Thunderbolts ever produced by the Blue Oval Boys. They are rarer than good reasons to attend a Justin Bieber concert and about a billion times more memorable than the Bieb will be in 49 years. 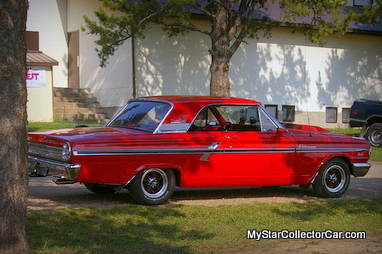 Hood scoops became the mark of raw brute force during the muscle car wars of the 60s and 70s after the debut of the ’64 Goat and ‘Bolt.

The 1967 Plymouth GTX was a muscled-up Belvedere that came with two engine options: Fast (440) and Faster (426 Hemi). The X also came with twin hood scoops to add a bad attitude into the mix. 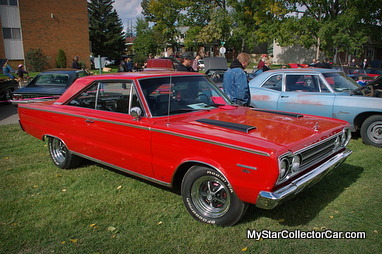 The 1966-7 Chevelle SS model had hood scoops with a twist because they looked like side scoops on the hood. In reality, the Chevelle scoops were just a very cool decoration in ’66 and ensuing years, but these SS Chevy models had plenty of horsepower corralled under their hoods. 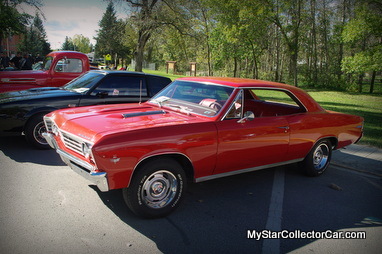 AMC might have been the little kid on the muscle car block, but they hit the ground running hard and fast with their famous SC/Rambler released as a 1969 ½ model.These crazy little beasts were a huge hit when they hit the showroom and AMC upped the build from 500 of them to 1512 due to popular demand. 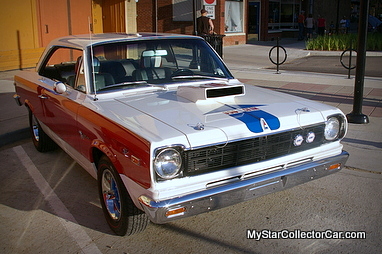 Incidentally, the hood scoop was functional and rammed plenty of air down the carb in these road rockets from AMC. They liked them so much at AMC other models received their own scoops. 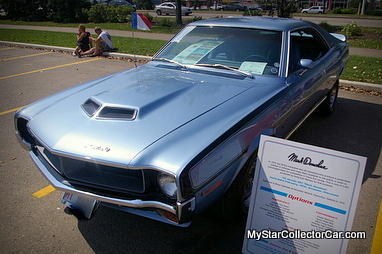 The Ford boys liked the scoops a lot and that new Mustang I spotted owes its good looks to its Pony relatives from the 60s, many of which featured a very cool hood scoop option on their muscled-up versions. 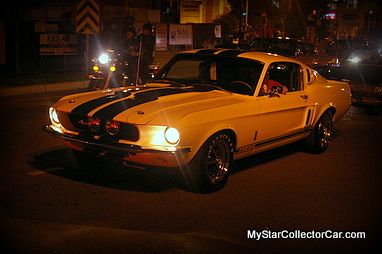 Chrysler made the shaker hood a feature of its early 70 models and now it is back for the 2014 Challey and Charger in their muscle versions. 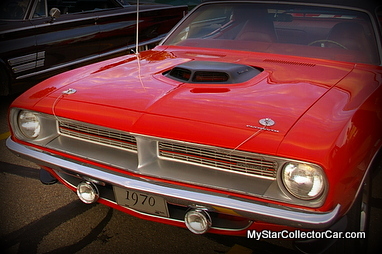 Personally I can understand why the hood scoop has re-emerged on 21st century Detroit muscle cars; a scoop is just too cool not to put on a car.