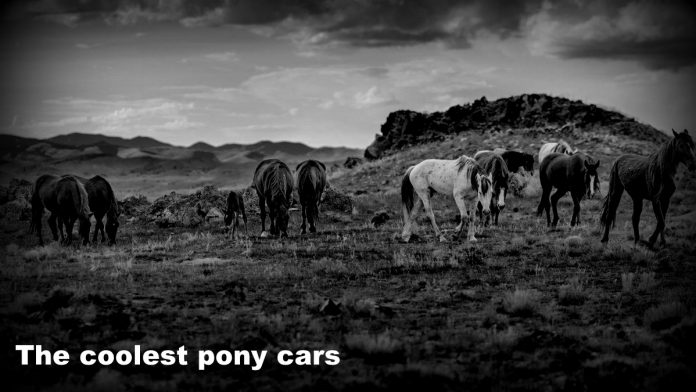 The term pony car was introduced when the Mustang debuted on April 17, 1964—the first time this car was seen in public.

Technically, the Barracuda came out earlier on April 1, 1964, but the Mustang shook the world, so the pony car was born.

The pony car is still around to this day, so a nearly 60-year run merits a discussion on what was the coolest pony car. I’m not going to start a raging debate by picking the coolest pony overall, so I’ll pick the coolest version within a division.

The obvious place to start is the Mustang. The default choice would be the 1964 ‘stang but I have a different opinion.

I’m a huge fan of the 1970 Mustang Mach I because Ford had refined this pony car to the point where it couldn’t get any better—and it didn’t. The ’70 Mach I was an unsung hero in the pony car world.

The Barracuda came before the Mustang, but it’s a footnote in history now—so is Plymouth. So is the fish car category.

Nevertheless, I have some thoughts on what I believe is the coolest Barracuda. It’s not the obvious choice—the E-body ‘70-74 Cudas. They’re cool enough, but for me the coolest ‘cuda is the 1968 Formula S. There’s just nothing out of place with a lightweight 340, 4-speed fastback.

Camaro joined the pony car horse race on September 21, 1966. Chevy made a huge splash with their pony car, and it showed with sales that far exceeded expectations. Despite that spectacular debut, I didn’t pick a 1st Gen Camaro.

My personal choice for cool factor leaned towards the ’81 Z-28 for a few reasons. Some might argue that this was a neutered version of the Camaro, but I see this car as the end of an era for the 2nd Gen cars. The T-roof is another selling point for me because in my humble opinion, the 2nd Gen Camaros were designed around T-roofs—not vice versa.

The 1968 Javelin was AMC’s entry in the pony car world. This car rolled onto showroom floors on August 22, 1967. The Summer of Love was just about over, but AMC pumped out a cool pony car on a budget.

The Javelin didn’t have a long run and the ’71 models veered in a sharply different direction, so I picked the 1970 Javelin Mark Donahue Edition as the coolest version. Donahue did well on the Trans Am circuit with his Javelin so the ’70 had history and cool factor on its side.

The Pontiac Firebird debuted after the Camaro on February 23, 1967—months after its cousin, the Camaro.

Firebirds never really gained traction until smog laws choked the life out of muscle cars in the early 70s. The Trans Am fought the best battle against the insanity and emerged as a force in the 70s, so my choice for coolest Firebird is the 1974 T/A. They were bowed but not beaten by government regulations.

The final choice comes in the form of the Dodge Challenger. Challengers debuted in the fall of ’69 as Dodge’s answer to the Plymouth E-body Cuda.

This one is easy, and the answer is another T/A. Dodge offered a T/A Challenger for one year only in 1970 and that’s my choice for coolest Challenger.