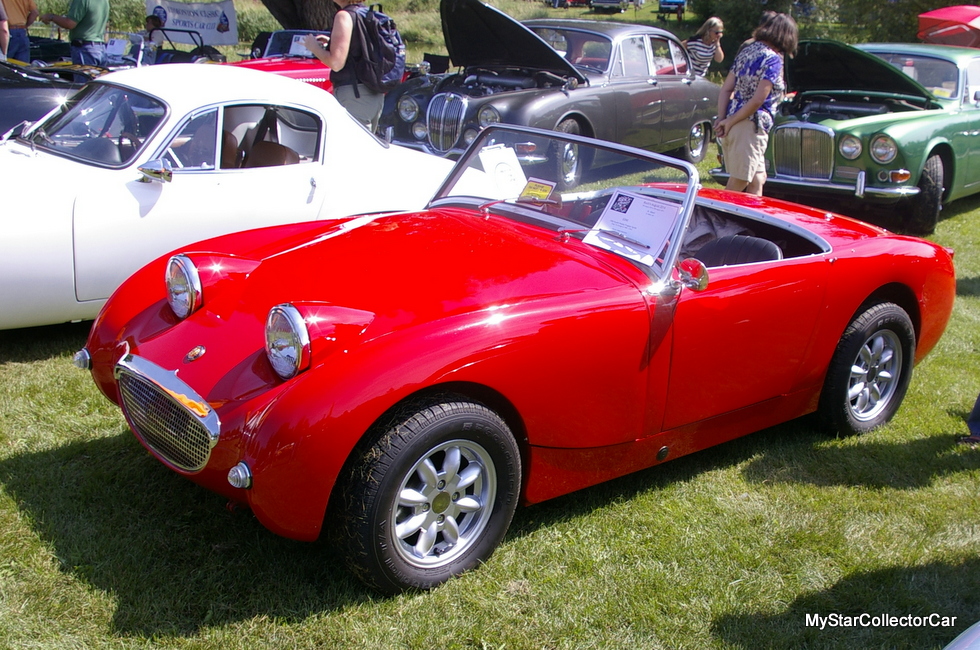 The first generation Austin Healey Sprite Mark 1 was an instant candidate for the terminally cute title when it debuted in the automotive world.

In fact this little British sports car could give the VW Beetle a big run in the cute car department.

The term Bug-eyed or Frog-eyed Sprite became the two most common moniker choices for the car, depending upon your country of origin. 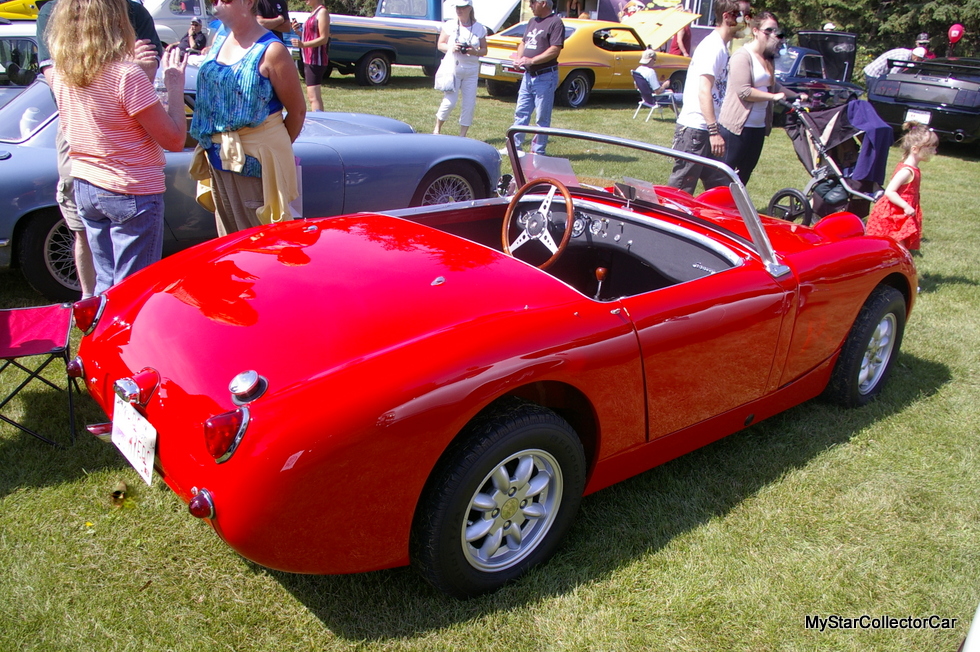 The name extended from the first-gen Sprite’s headlight location on the hood. The cars were originally scheduled to have hidden headlights, but budget restraints at Austin Healey’s parent manufacturer eliminated the pop-up headlight idea and they left the lights permanently fixed in the upright position.
Brits called them Frog-eyed while North Americans called them Bug-eyed, but car guys from these regions also have different terms for other automotive issues like truck (lorry), hood (bonnet) or trunk (boot). 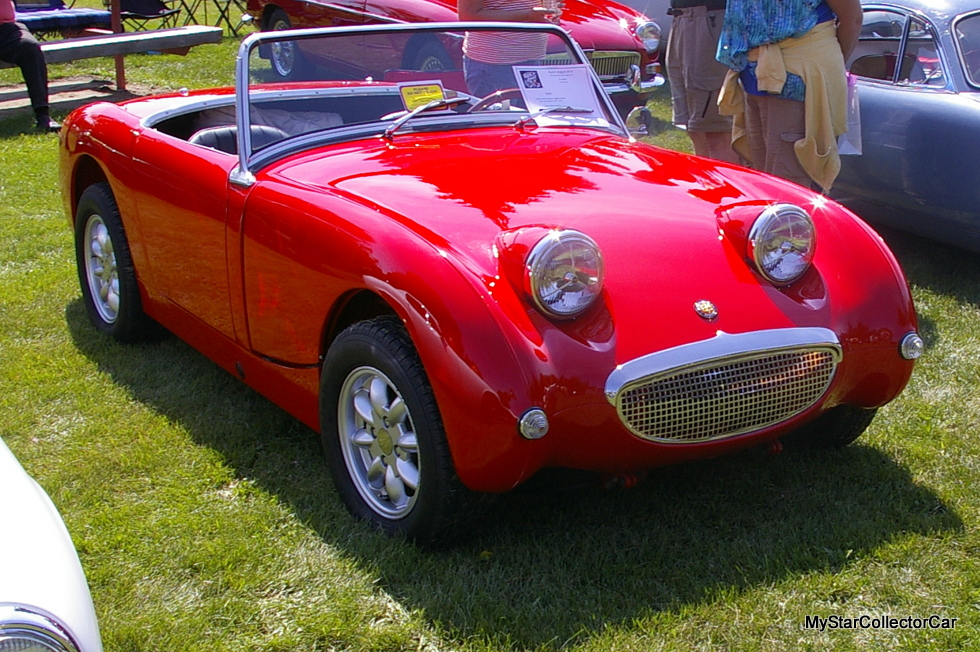 The owner of this 1960 Austin Healey Sprite was an English woman named Helen Hamilton and she called her car a Frog-eyed Sprite on her information sheet. Additionally, her British accent and good manners were further indication of her country of origin. Thus we will defer to the British term (Frog Eye) for the iconic little car.
The little Healey was a stunning example of a sports car with built-in charm that was destined to become a crowd favorite the moment it left the factory. Helen has always been a fan of the Frog-eyed Sprite from her younger years in England and finally found an opportunity to purchase one in her adopted Canadian home.
Helen actually bought the car sight unseen from the opposite side of Canada five years ago and has enjoyed the car for numerous short journeys since her purchase. She tends to choose the road less traveled when she hits the highway because these little British sports cars were never known for their neck-snapping acceleration in stock form.
The 43-horsepower Austin engine in the Sprite tops out at about 82 mph (130 km/h) and that level of high speed is a lot of work for the little sports car, so Helen chooses a more prudent speed approach for her Frog Eye. 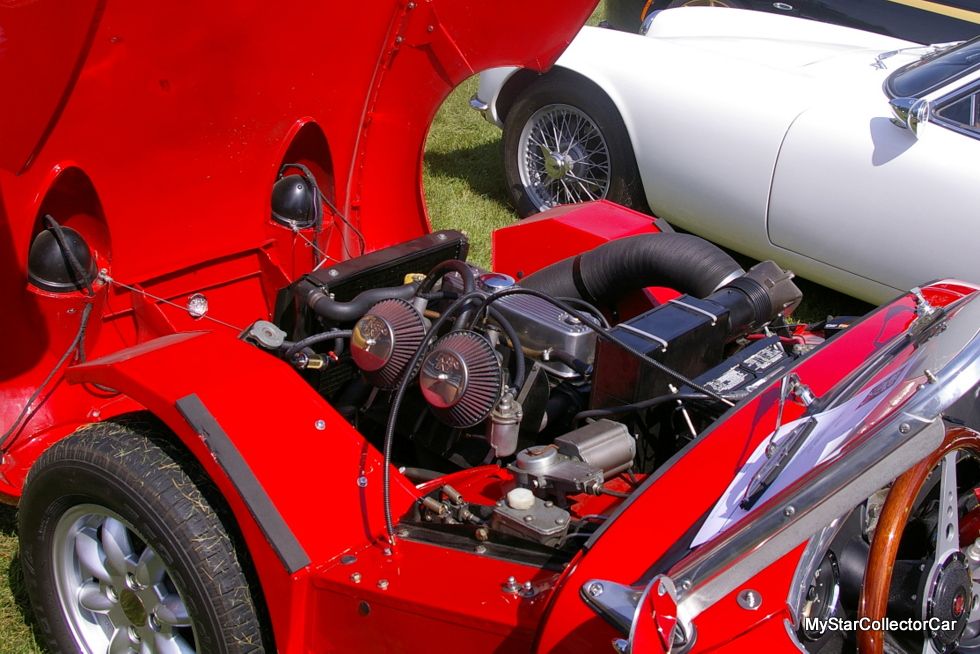 She believes her car deserves to be pampered and does not feel any need to “drive it too fast” in her words. Part of Helen’s sensible approach to her Healey Sprite is good maintenance and Helen is lucky enough to have a licensed mechanic who is also her son.
The car actually required few repairs when she bought it and she was able to get her son to replace the brake lines for her as a cost-effective approach for the Sprite’s mechanical work. After all, how many sons would charge their mother shop rates for car repairs? Certainly not Helen’s son. 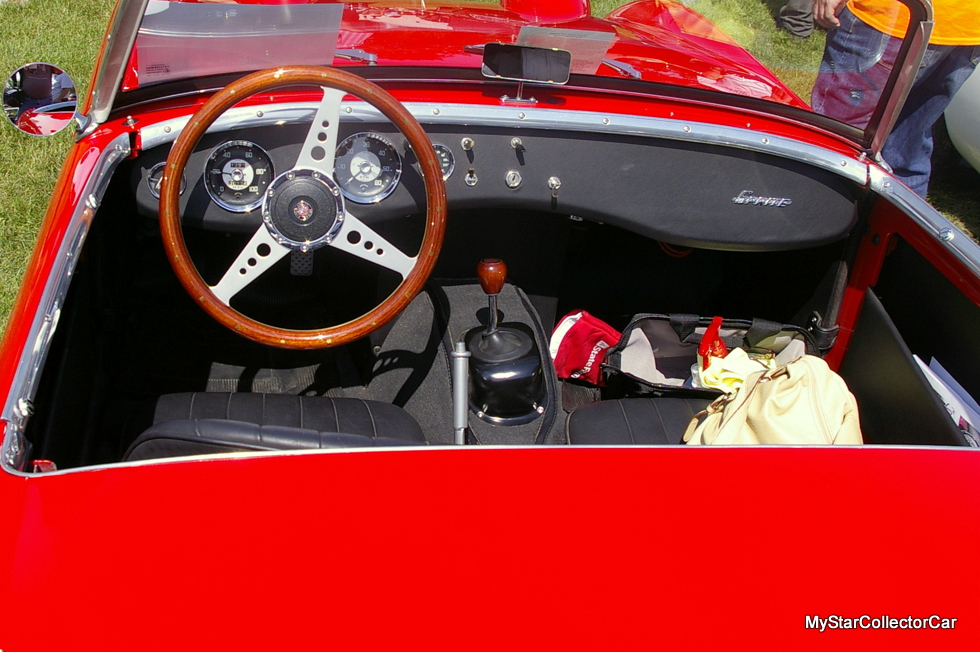 However, Helen’s son is a young guy who works in a new world of electronic car repairs, so he was a little light on experience with carburetors and needed a little help when it came to carb work on the Sprite.
Ultimately the story had a happy ending because Helen’s car runs as great as it looks and her son got an opportunity to work on a classic little British sports car with the terminally cute good looks.
Jim Sutherland