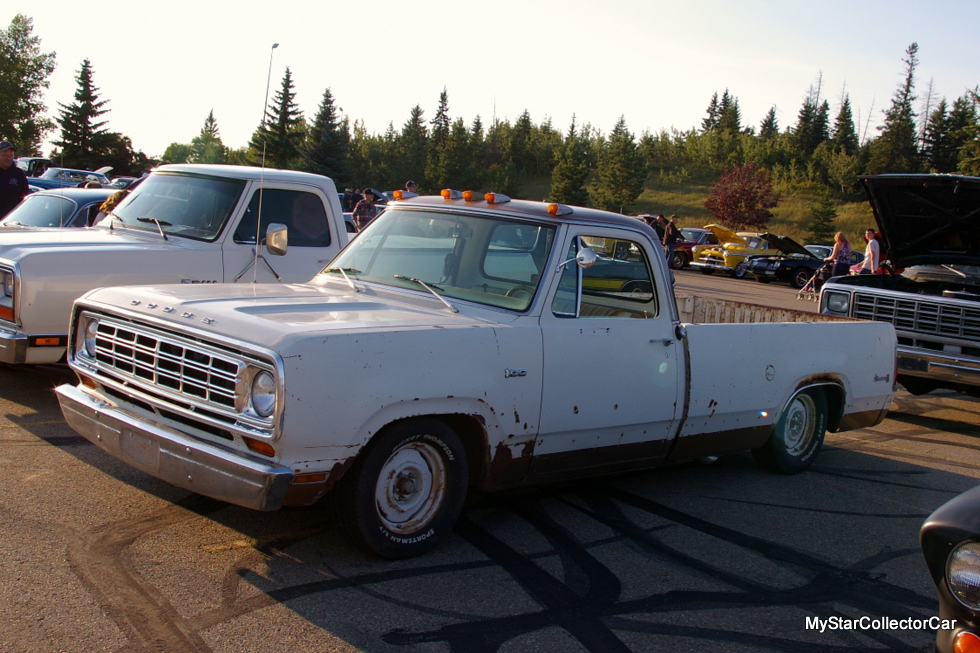 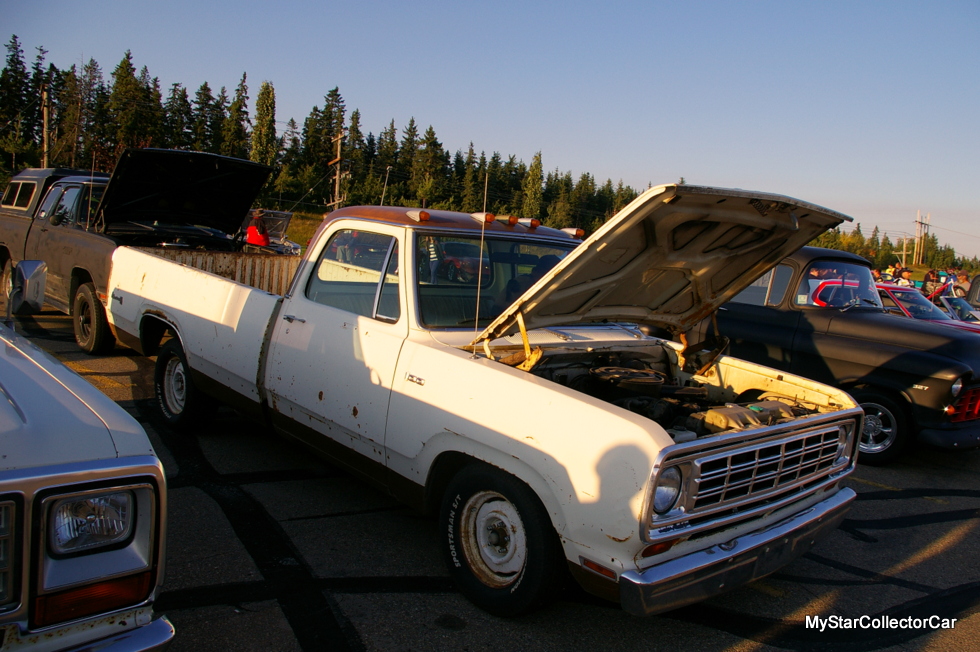 Clayton Muncaster used to be the proud owner of a 1967 Chevy truck until a bizarre fire cooked the old pickup truck.

Clayton’s truck was parked in an area where a train sparked a grass fire and his Chevy was burnt beyond repair. Clayton’s truck was a “victim of circumstance”, to borrow heavily from misunderstood comic god Curly Howard of the Three Stooges.

Clayton’s in laws felt sorry for him, in fact sorry enough for his brother in law to offer a 1975 Dodge Adventurer SE truck to replace the crispy Chevy. 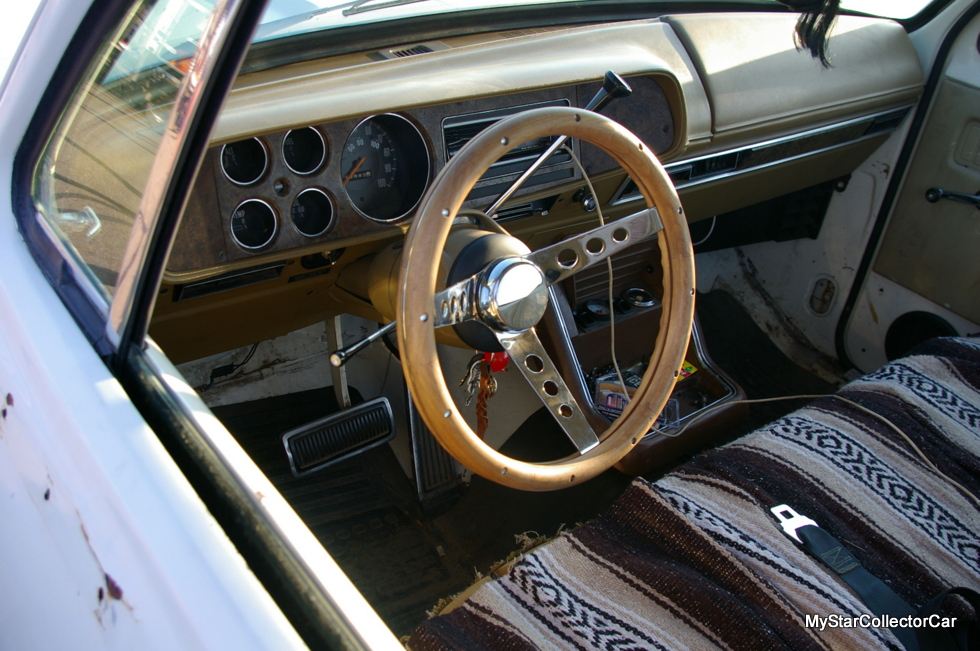 Clayton had some history with Mopar because his grandfather was a devoted fan of the Chrysler brand and accepted his brother in law’s generous offer. 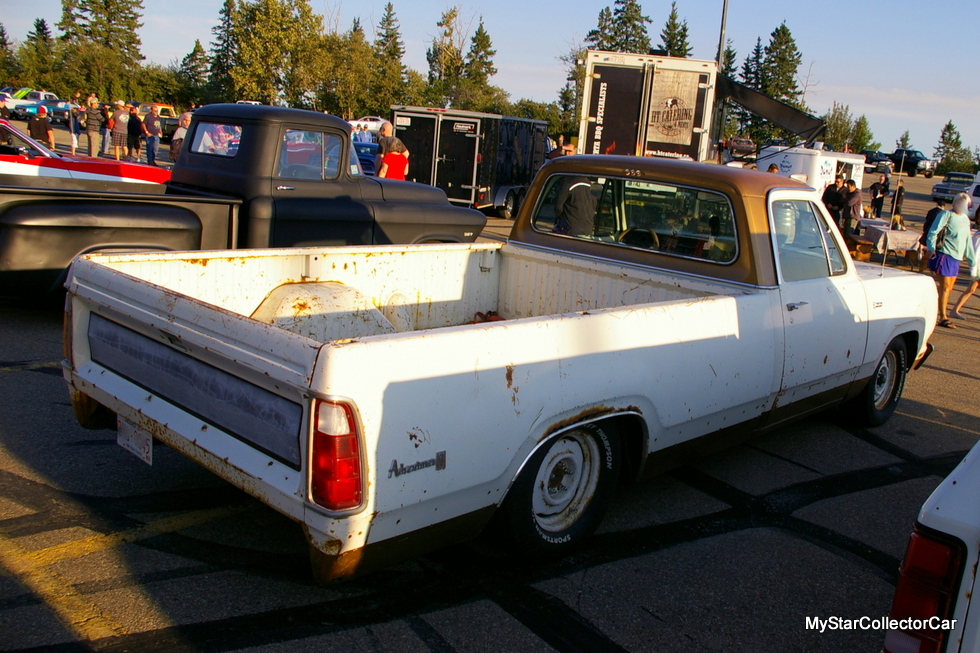 The 70s-era Dodge pickup truck was a replacement for the Dodge Sweptline trucks that had a 10 year model run from 1961 t0 1971. The 1972 Dodge was a major departure from its predecessor and put Dodge trucks right in step with the new decade at the time.
The post-71 Dodge trucks were designed with more creature comforts such as coil front suspension and an ability to actually handle three passengers with its wider cab. The buckboard wagon effect from the four leaf suspension of the Sweptline Dodges was a thing of the past with the introduction of the 1972 Dodge trucks.

The then-new Dodge trucks were a popular choice as a fleet truck in the 70s and many of them found their way onto job sites all over North America. The trucks were worked hard and few survived into the 21st century unless they had exhaust stacks and Little Red Express decals on their doors.
Some still remain on the road, mostly as working trucks that have survived through the many decades since they left the factory in the 70s.
The Adventurer SE models were an upscale version of the basic Dodge truck during the 70s and likely stood a better chance for survival for that reason (i.e. more likely to be pampered), so Clayton had a pretty good head start with his ’75. 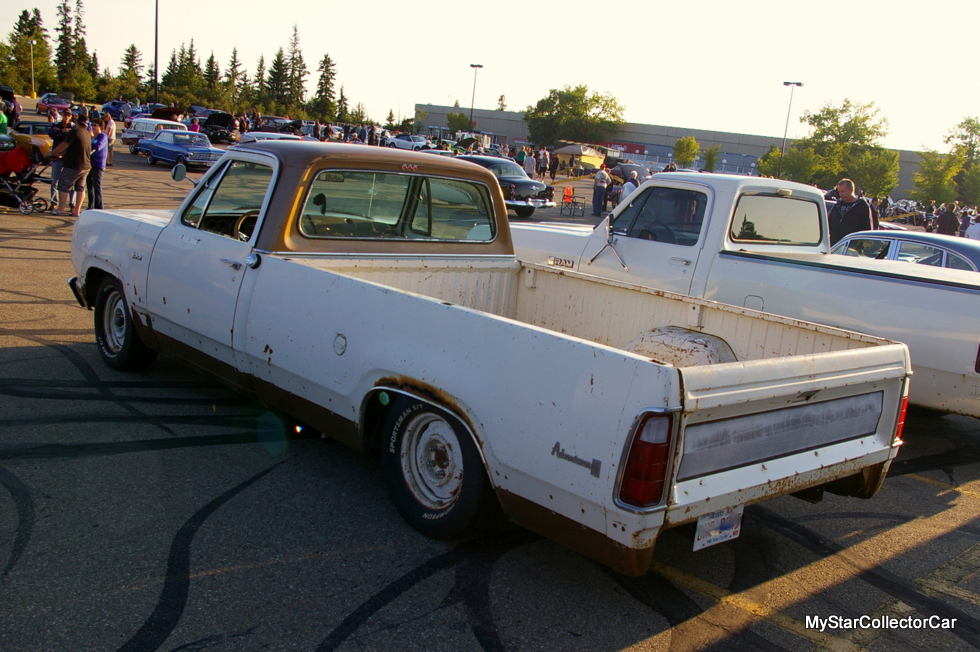 Clayton is a young guy with good mechanical skills and decided he needed to put his own stamp on the Dodge pickup. He cut the front coils down by 4 ½ inches and installed a four link air ride system on the back end of the truck.
He also installed spark plugs, spark plug wires, coil and added a header exhaust system to the truck’s 360 engine. Clayton calls it “still a project in the works” in the best tradition of every car guy on the planet. 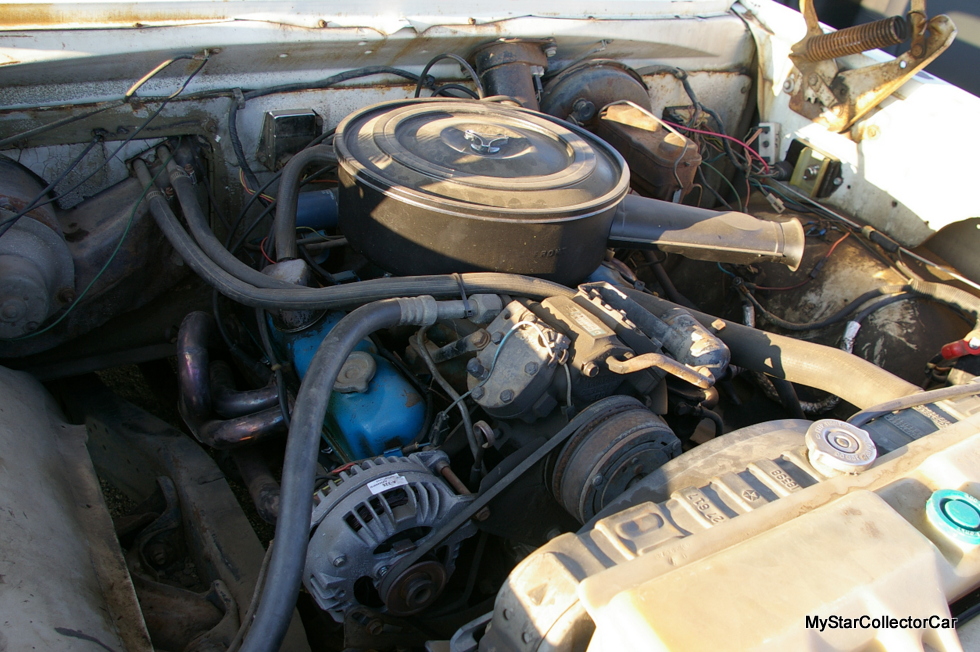 Clayton has addressed the mechanical issues on the truck and can now concentrate on future cosmetic upgrades to his 40-year-old truck. In the meantime, he has enjoyed his time behind the wheel of his old truck.
Clayton doesn’t push the old truck too hard on the highway right now and is content to enjoy the scenery at a leisurely pace while he plots the Dodge’s future-which presumably will not be too close to train tracks.
Jim Sutherland