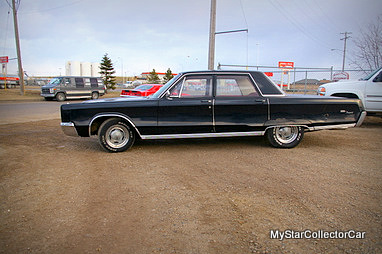 For a young guy, Philip Emke has a huge responsibility.

‘He is the current caretaker of his family’s 1967 Chrysler Newport 4 door sedan-the same one that his grandfather bought brand new.’

This was another typical working car that dragged a trailer on family vacations and carried kids to everything from not so fun things like dentist’s appointments to actual fun activities like Christmas parties and days at the beach. 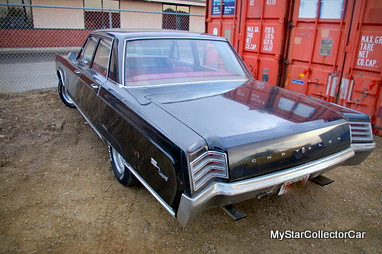 Phil’s mom even passed her driver’s test in the big, black ‘67 Newport. Phil had the car bestowed upon him in 2002 and since than the car still has a mere 77,000 original miles.

Phil comes from a family with high automotive skills so the car is impeccably maintained. The interior is still mint even after family wear and tear so the DNA link to his grandfather is very clear. The car is going to stay basically stock with one exception-Phil demonstrated his youth early in the game when he installed a kidney-jarring mega-thumper sound system in the car.

He came to his senses when he realized that this non-stock 21st Century audio monster was tearing up the integrity of the stock interior panels of the family heirloom. That’s when his kid side collided with his ‘new responsibility side’. Goodbye audio insanity and hello responsibility. 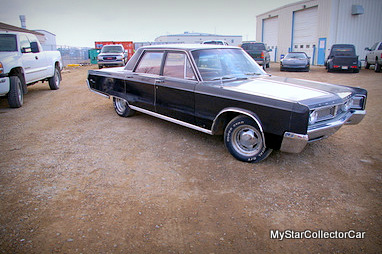 Phil doesn’t regret dumping the retro sound in favor of the stick AM radio-that’s the price you pay as a caretaker of family history.

The same reason that Queen Elizabeth didn’t turn Buckingham Palace into a nightclub.