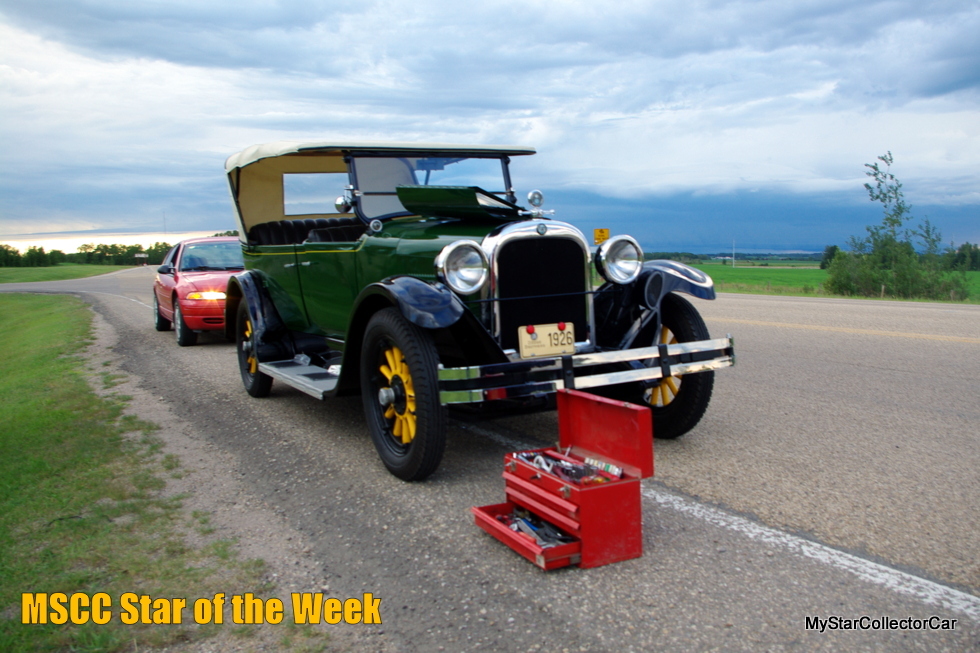 There’s a brotherhood between car guys that extends beyond their brand loyalties.

‘For example, if a Mustang is beside the road with the hood up you can guarantee a car guy will stop to help even if he’s a Chevy guy because that’s the code.’

The Chevy guy may hack on the Mustang guy but he’ll drive 100 miles out of his way to help the guy if he needs a part to fix it.

This MSCC Star of the Week ’26 Dodge took a brief timeout last week and the Mopar cavalry arrived in a hurry because in this case every guy who stopped was a Mopar guy. 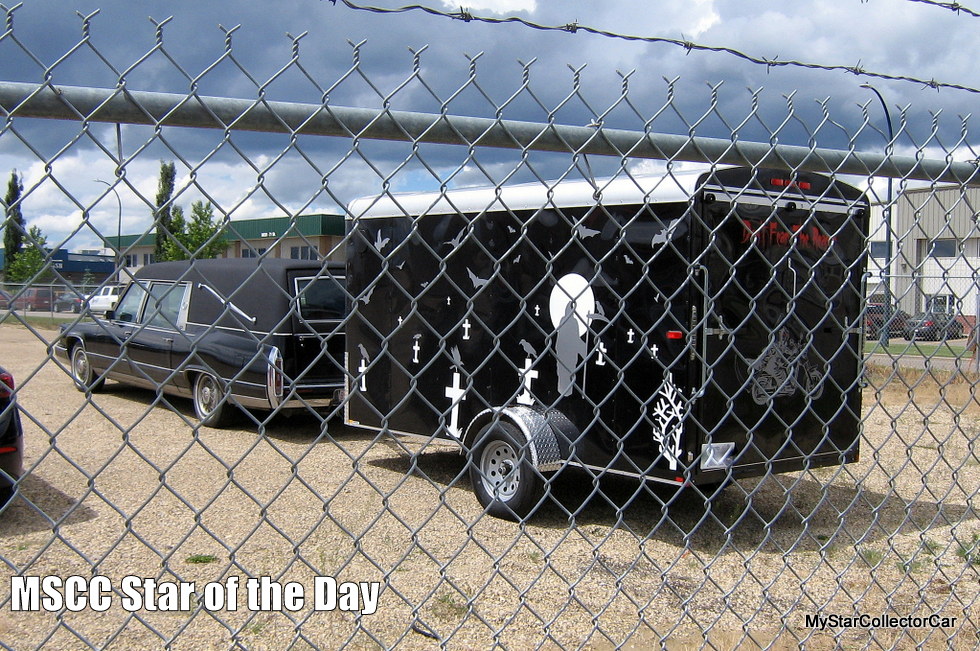 MSCC JUNE 25 STAR OF THE DAY: THE PERFECT VACATION COMBINATION FOR THE MUNSTERS

Summer is here and with that comes the inevitable summer vacation plans.

Many of those plans involve a vehicle with lots of room for stuff and a trailer behind it with more stuff for that perfect summer vacation.

You’re going to need that extra space for bikes, tents, ATVs, motorbikes, canoes—everything that makes a summer trip something special.

‘This MSCC Star of the Cadillac hearse with a Grim Reaper trailer behind it camped in a barbed wire compound is the perfect vacation combination for The Munsters.’ 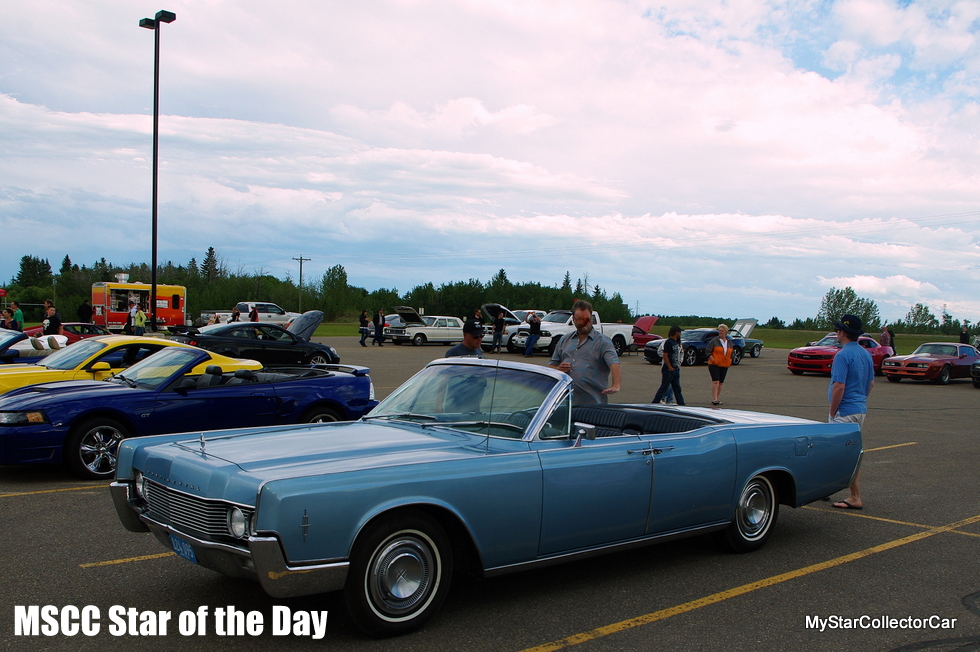 TV shows of the 1960s were known for their innovation so you had Bewitched, Gilligan’s Island, The Beverly Hillbillies and Hogan’s Heroes as part of the weekly lineup.

‘The 60s also had TV shows with signature cars so Maxwell Smart drove a Sunbeam Tiger in Get Smart, Tod and Buz drove a Vette in Route 66, Britt Reid drove a custom Imperial in The Green Hornet and The Monkees drove the Monkeemobile.’

There was another lesser known car in Green Acres because Oliver Wendell Douglas always drove a specific type of car.

He was a Lincoln convertible guy and Oliver definitely drove one like this MSCC Star of the Day ’66 Lincoln—a Green Acres classic. 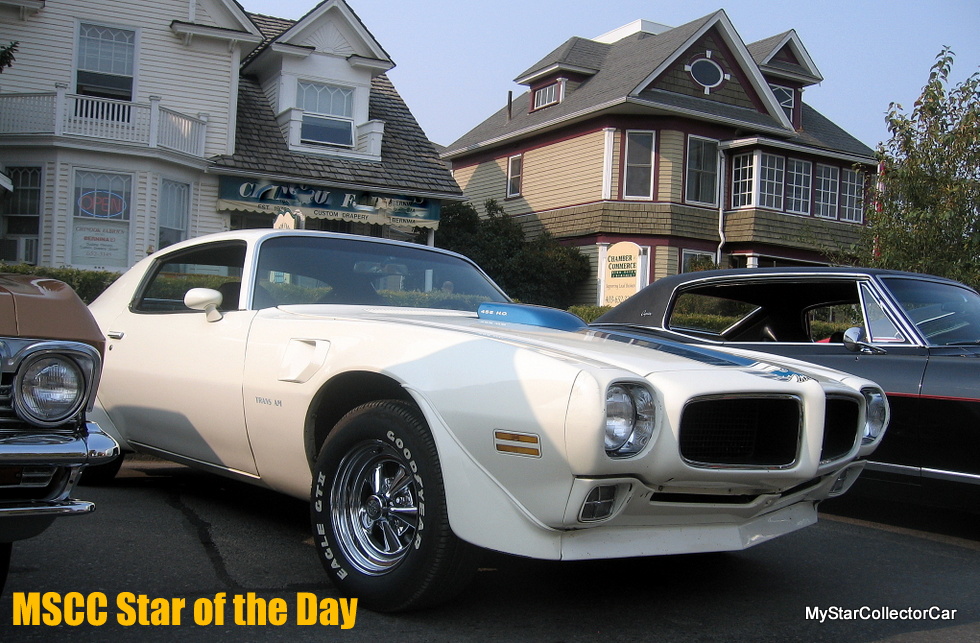 MSCC JUNE 23 STAR OF THE DAY: PONTIAC T/A—THE RESPECT FACTOR IS IN ASCENT

There was a time when any post-‘71 muscle was a bit of an inside joke for car guys.

‘They were bumper heavy and horsepower light thanks to a long list of heavy-handed legislation but was it fair to judge these cars out of context?’

Fortunately, car guys are finally buying into the cool factor of smog era muscle and the market is rising accordingly.

This MSCC Star of the Day Pontiac T/A is a car with a respect factor in ascent. 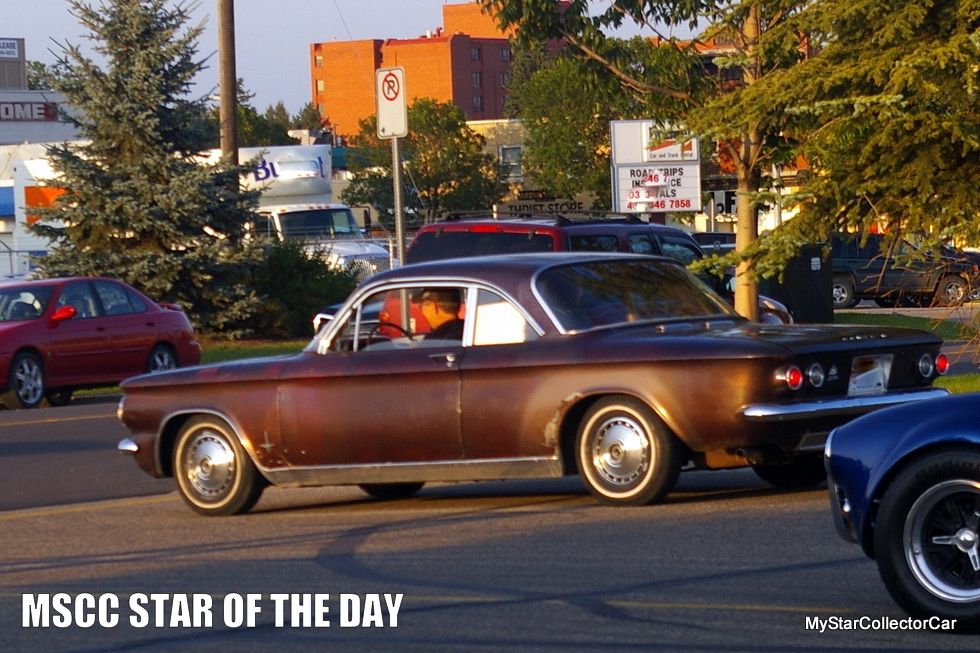 MSCC JUNE 22 STAR OF THE DAY: CORVAIR—IT WAS A BOLD ADVENTURE FOR CHEVY

There was a major shift in 1960 at Detroit when the compact car debuted.

‘Until then the Big Three emphasized bigger, faster and flashier styling but the second car concept started to gain traction because suburban moms didn’t want to wheel the kids to school in a massive car with a 127 inch wheelbase.’

The MSCC Star of the Day Corvair was the most innovative of the new compact cars—it was a bold adventure for Chevy. 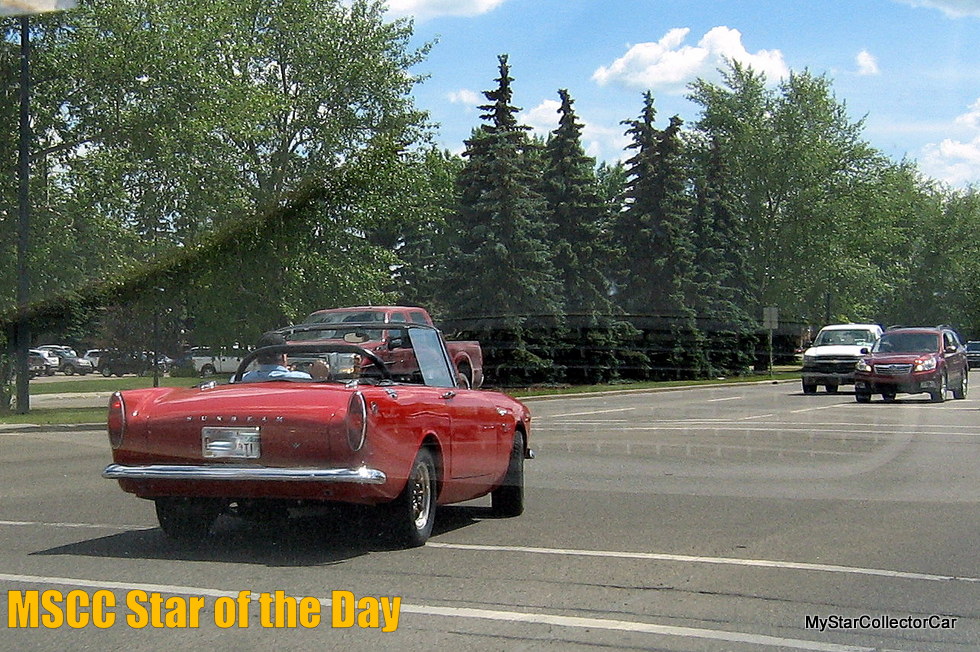 MSCC JUNE 21 STAR OF THE DAY: SUNBEAM ALPINE—THE PERFECT CAR FOR THE FIRST DAY OF SUMMER

Yesterday was the first day of summer so everyone’s attitude took a big spike in a positive direction.

This is prime time for everything from a day at the beach, golf course to a campfire under a summer sky.

‘Life doesn’t get any better on the first day of summer but you can enhance the experience with a little red sports car with the word Sunbeam written on the nameplate.’ 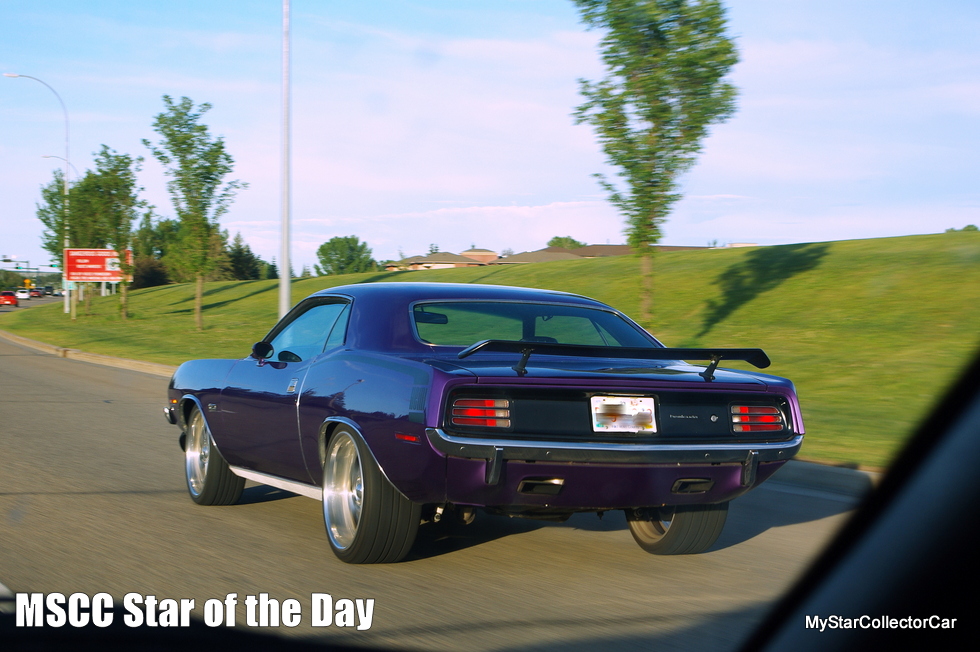 Hemi Cudas are at the highest point of muscle car collectability.

‘The combination of an Elephant  and a classic E-body Mopar makes guys want to remortgage everything they own and sell the family dog to own a Hemi Cuda.’

For most guys, a Hemi Cuda is an impossible dream because you’d have to be down a wife, house and yes—the family dog, to buy one.

This MSCC Star of the Day is a Gen III 5.7 Hemi Cuda tribute because it’s efficient, affordable and who really wants to sell the family dog?