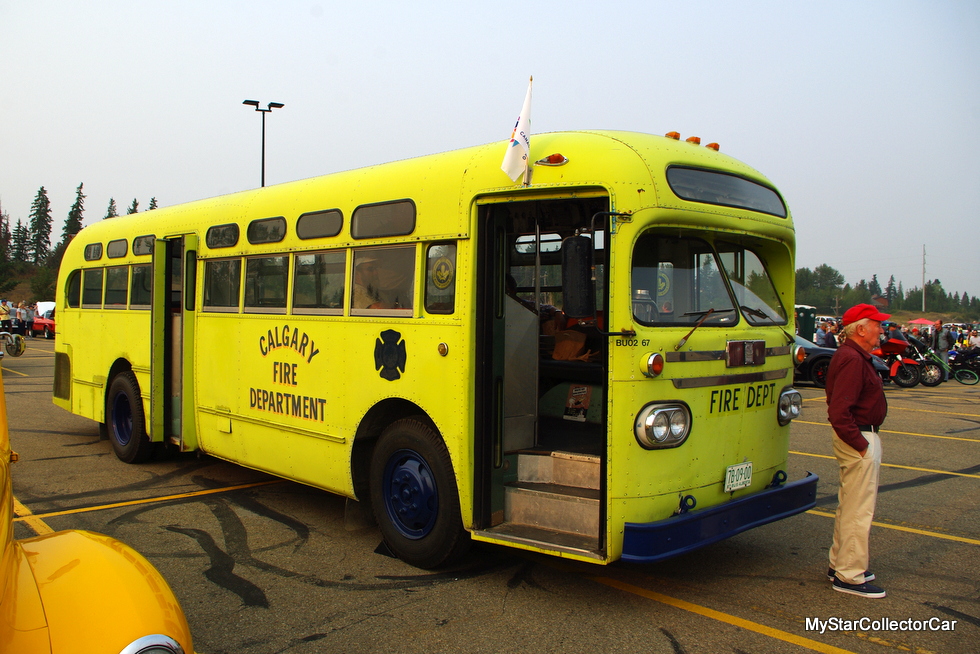 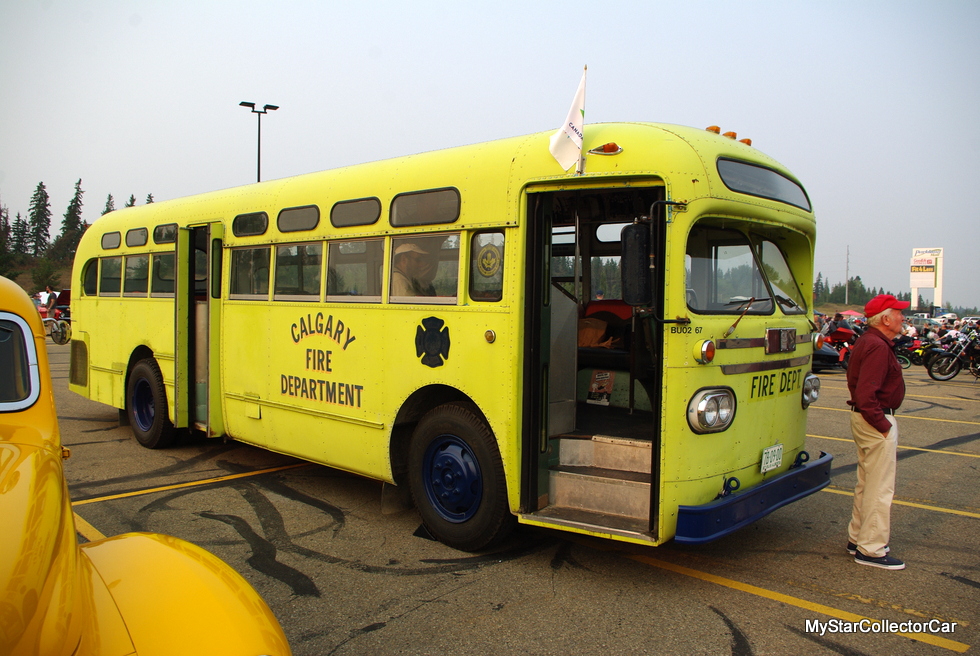 Some of our MyStarCollectorCar readers are old enough to remember the post-World War Two era known as the Cold War.

The 1950s and 1960s were a peak time for the Cold War because the nuclear option was now on the table for the world’s superpowers. 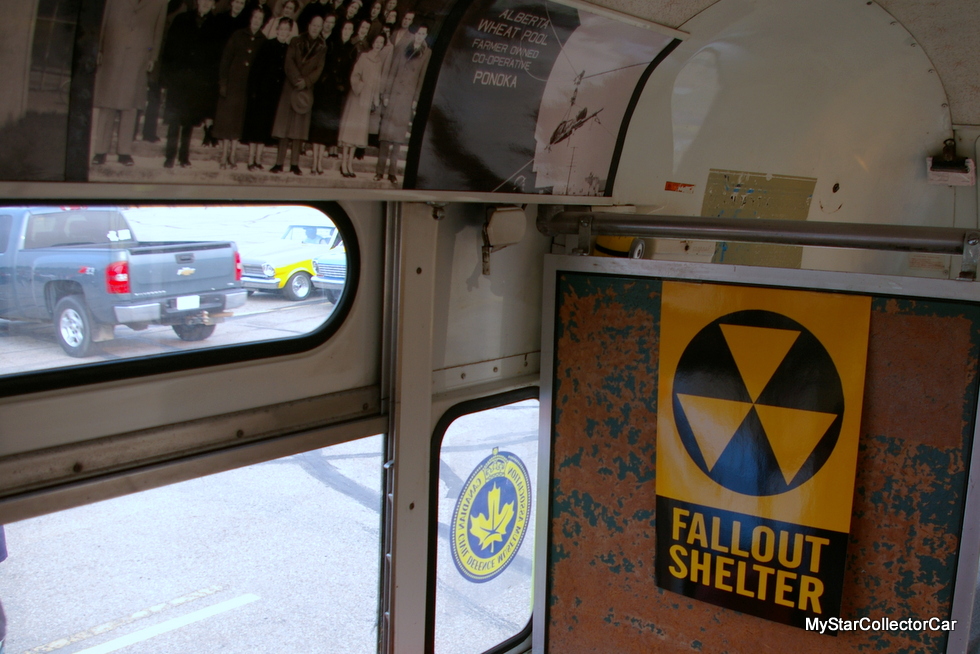 The main players were the United States and the Soviet Union because these two countries developed enough nuclear weapons to wipe out the planet numerous times over. There were other nuclear-armed nations, but the US and USSR were the big dogs on the radioactive porch.

The threat of nuclear devastation meant a heightened sense of danger in the post-war era and the rise of civil defense organizations to promote order in case of a nuclear attack.  North America was a primary target for a Soviet nuclear attack so Canada formed a Civil Defence organization to cope with the effects of nuclear strikes north of the 49th Parallel during the Cold War era. 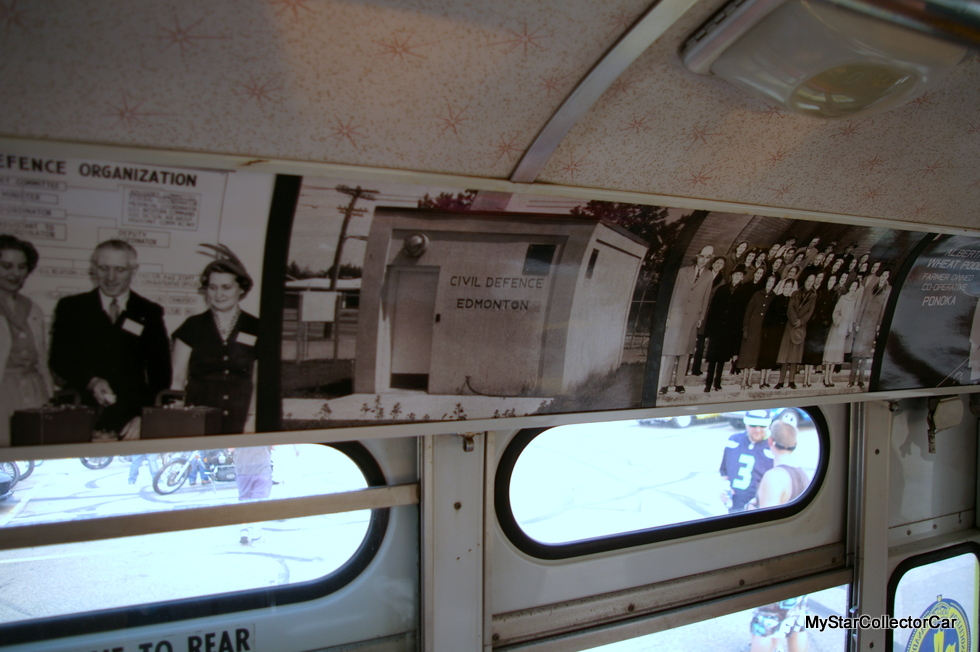 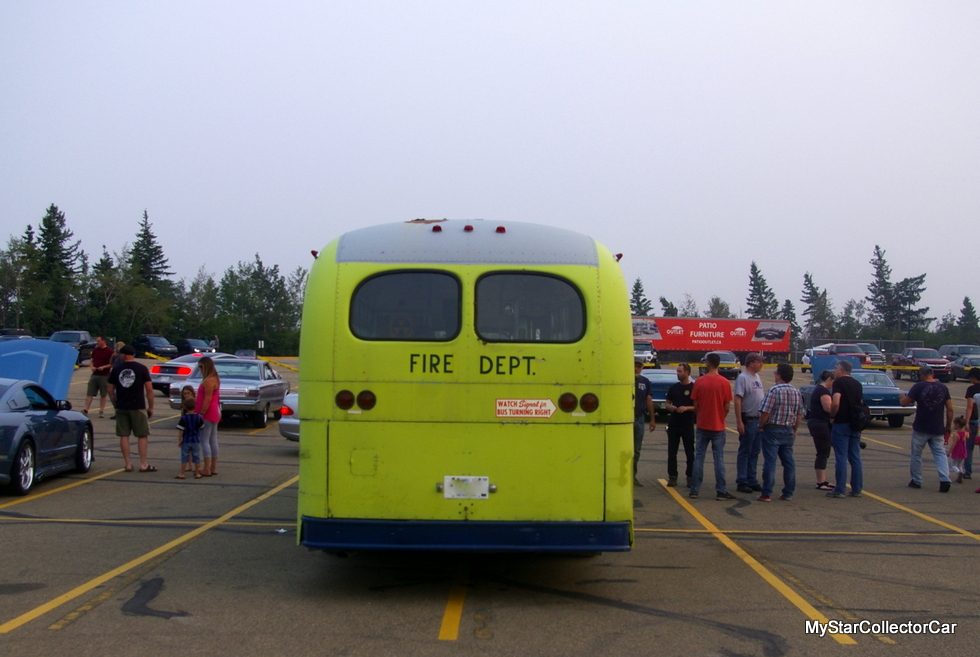 One of their main attractions is a 1967 TDH-3501 GMC passenger bus that was used on daily routes in Calgary, Alberta from 1967 to ’74. One of the bus drivers was a man named Bob Bailey and he was able to sit behind the wheel of the bus for the first time in many decades at an August 2018 car show. 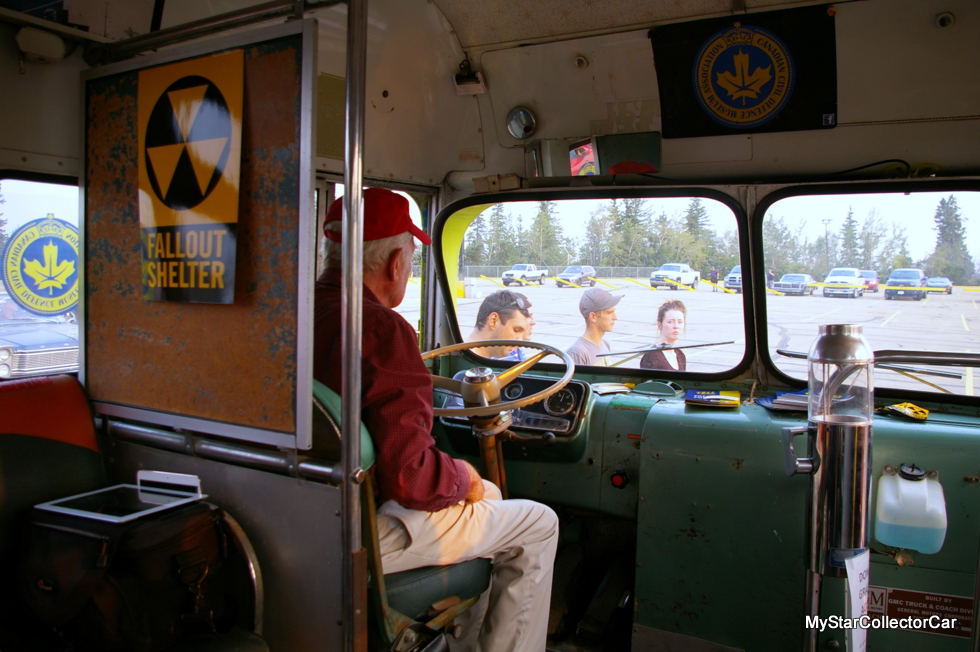 The bus was retired from active transit service and entered into service with the Calgary Fire Department for use as a transportation vehicle or basic shelter from the elements for people who were evacuated from a major fire. 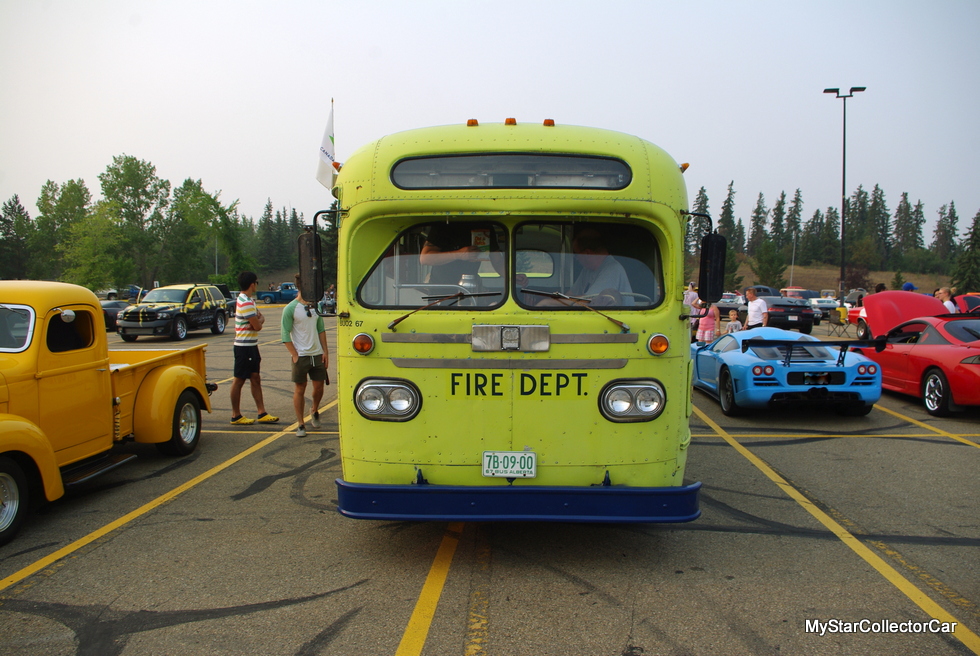 The bus was eventually released from City of Calgary service and ended up with the Reynolds Museum in Wetaskiwin, Alberta where it was stored until the Canadian Civil Defence Museum and Archives people became its current owners in October, 2016. 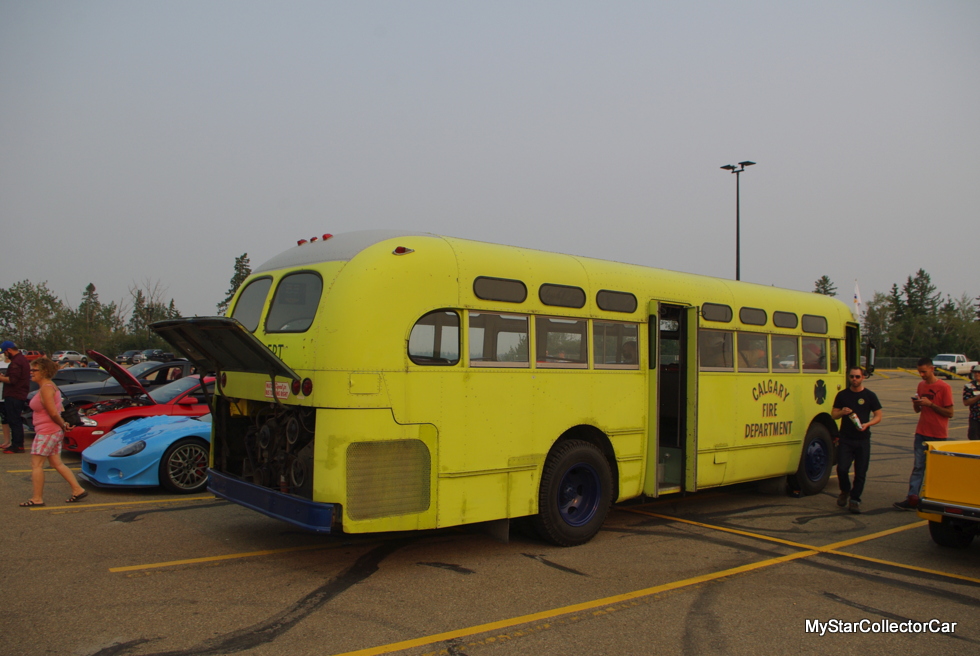 Fred Armbruster is the founder of CCMA and he recounted how the GMC bus fired right up after along storage period. The bus has its original 478 cubic inch V-6 four-cycle diesel engine and has performed flawlessly on the road since its debut with the CCMA. 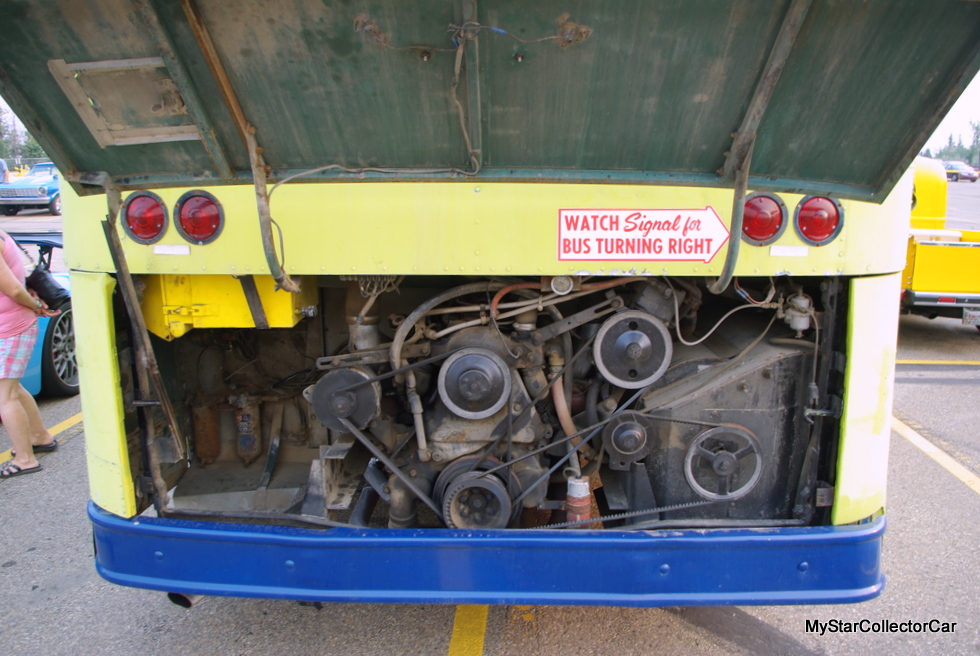 Steve Parkin is also a member of the Canadian Civil Defence Museum and Archives, as well as an employee of the City of Red Deer (Alberta) Transit department. Steve is currently in a management position with Red Deer Transit, but he is very familiar with transit busses and likes the way the 52-year-old bus runs down the road at a steady 50 mph (80 km/h) on the highway. 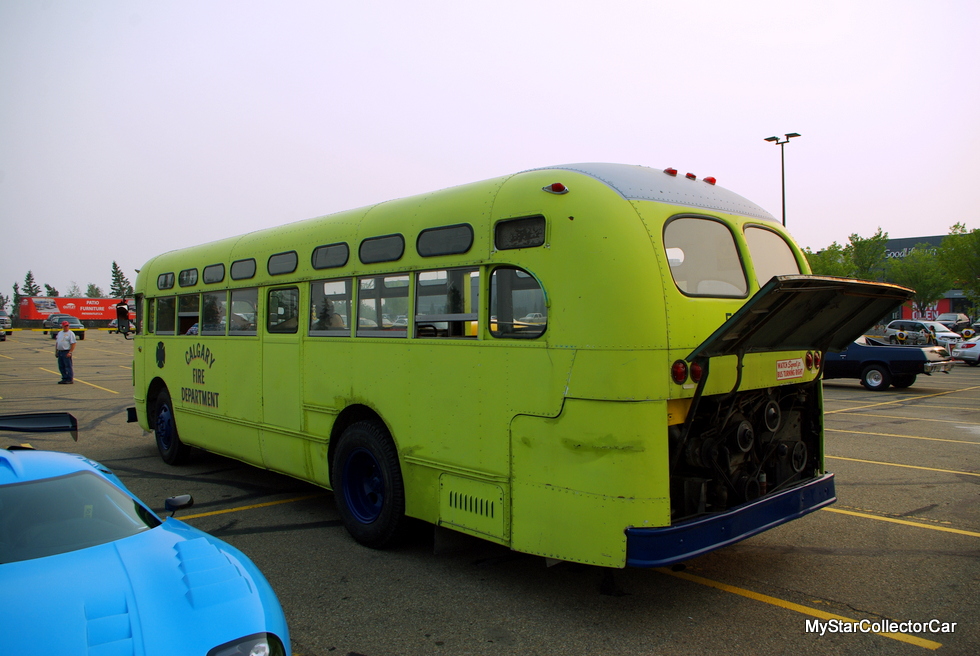 The bus only required some minor repairs that included a new exhaust system and an add-on windshield washer unit. 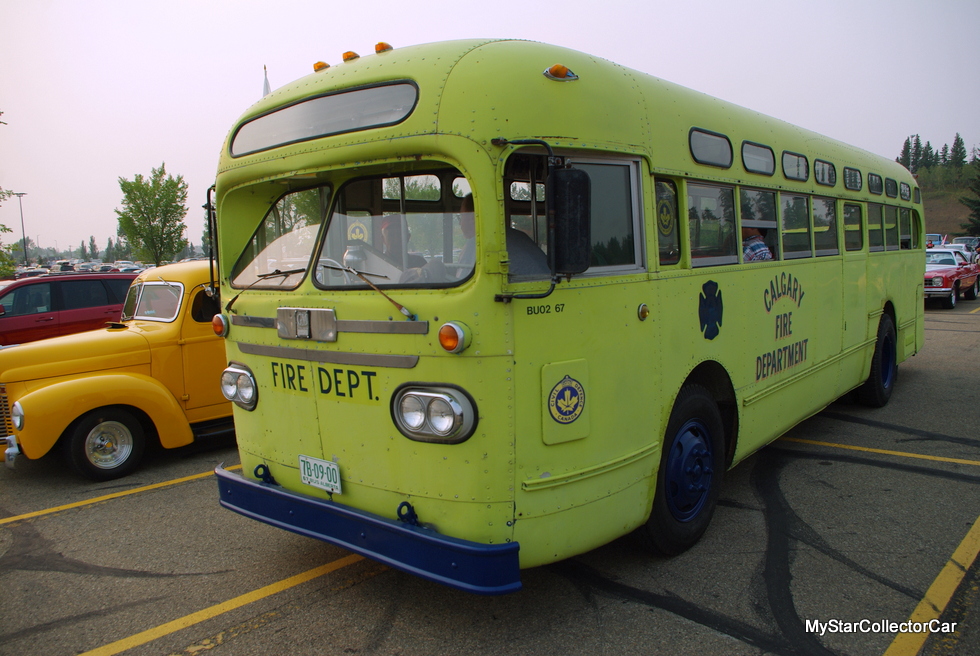 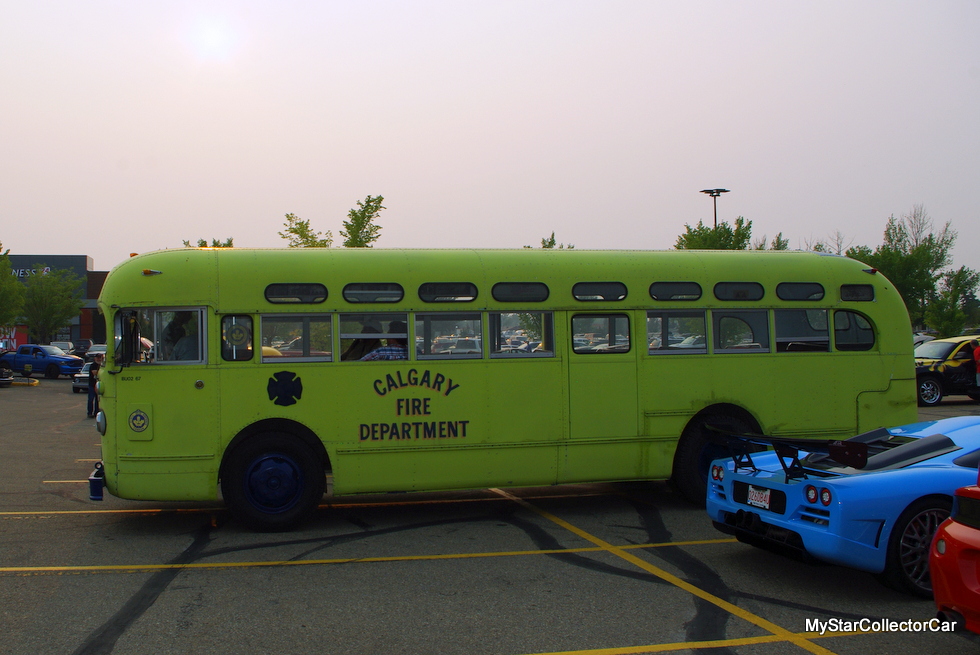 MyStarCollectorCar wishes them well on their ride into the future in a vintage transit bus.

HOW TO WIN AT THE CAR SHOW GAME