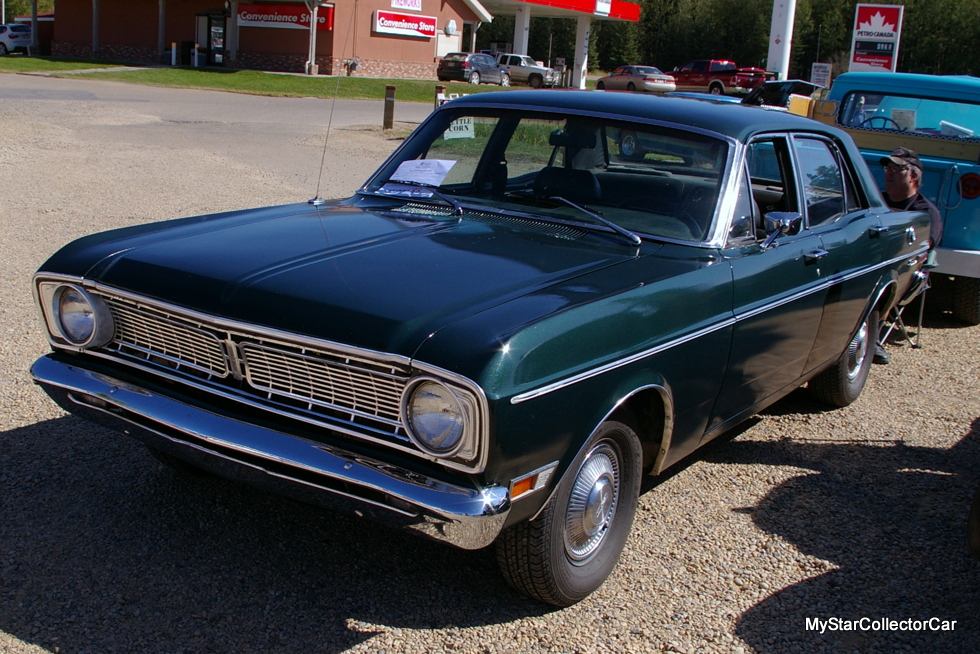 Doug and Shauna Frechette celebrated their 25th wedding anniversary in 2017.

A MyStarCollectorCar story does not typically include information about marital bliss, but this couple found a unique way to lead up to their marriage milestone when they bought a 1968 Ford Falcon Futura four-door sedan.

The Falcon is a replacement for Doug’s original ’68 Falcon; a car that Doug owned and drove during his courting days with Shauna. 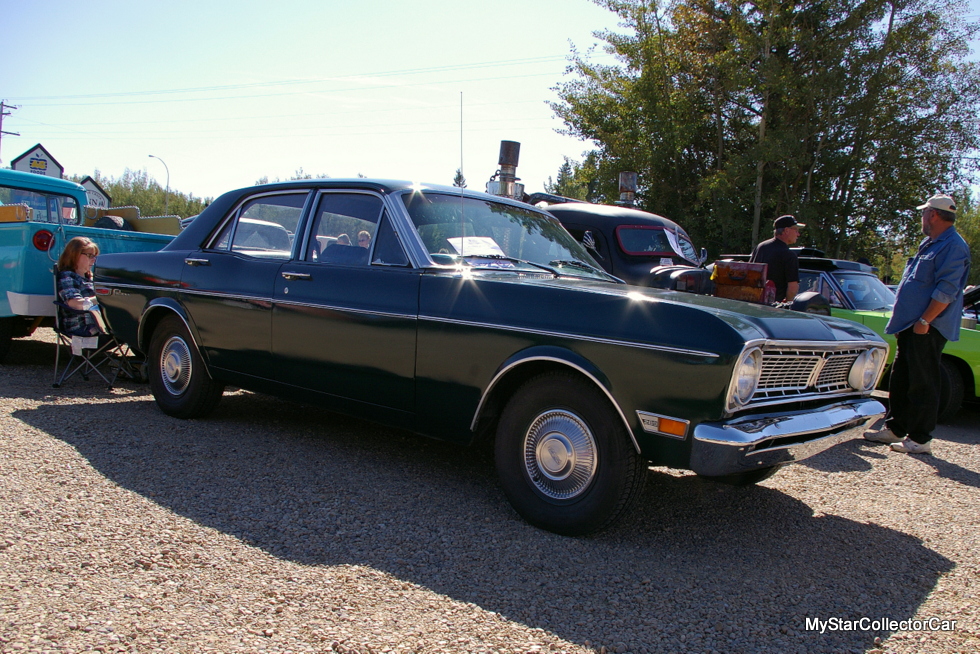 The original Falcon has long since disappeared, but Doug wanted to own another ’68 Falcon because it would remind him of those early days of courtship with his wife. Doug looked for a car that was similar in most ways to the original.

He wanted a four-door sedan with the same dark green paint color and overall appearance of Doug’s original 1968 Falcon Futura. The search for a replacement car was not easy because 50-year-old more-door Falcons are not common in any search. 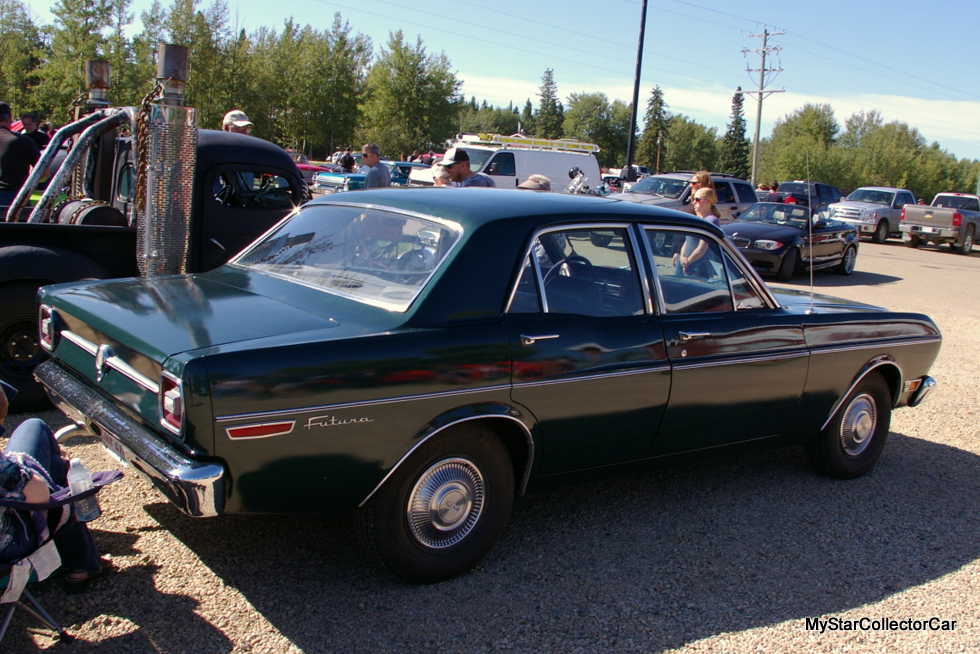 The search for a suitable Falcon Futura took about a year, but the restoration of the second Falcon took about three years for Doug from start to finish. The process was long, but Doug had the blessings of an understanding wife throughout the project.

A few of our MyStarCollectorCar readers will already know the Ford Falcon and Mustang shared a similar platform during the 1960s.

Doug’s Falcon required a major frame restoration on the rear chassis, but replacement parts are essentially non-existent for a Falcon. 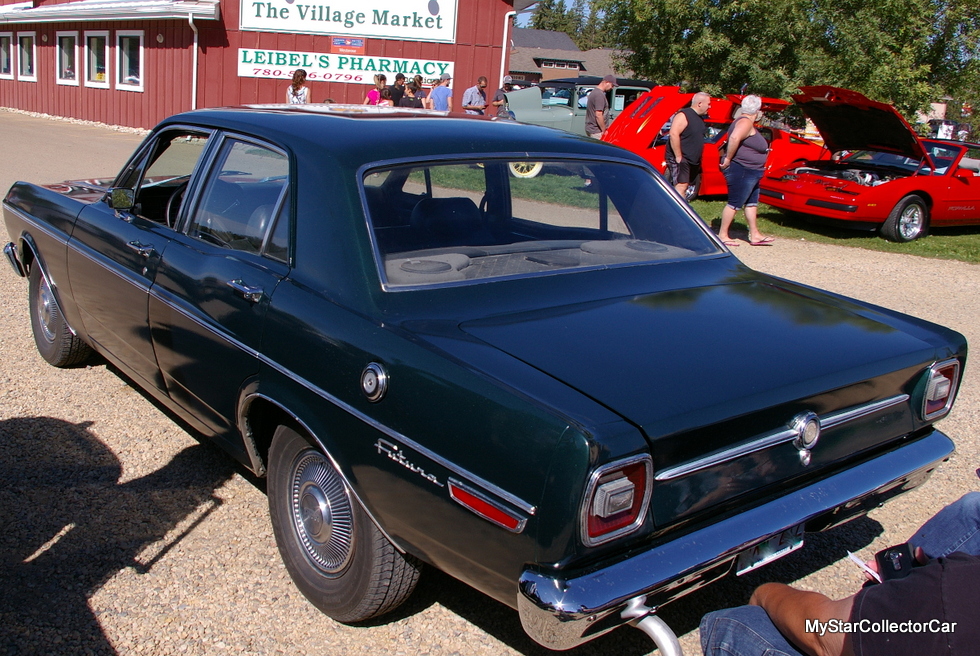 However, a Mustang from the same automotive era has an abundance of replacement parts because of the car’s popularity.

Doug was able to purchase rear chassis parts from a Mustang source and modify them for his Falcon. Doug noted the floors, trunk extensions, and front chassis were in good shape. Doug attributes the good condition of the Falcon’s front frame to an oil leak which coated the metal in a thick, but protective coating. 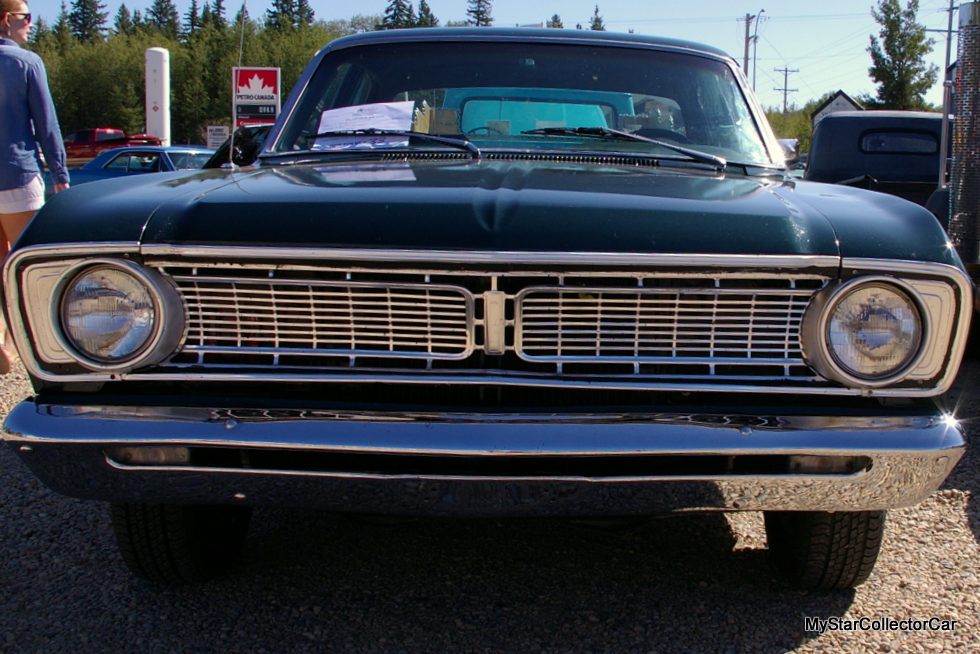 The car still has its original 289 small block; a Ford engine that was still an available option for Falcons in January, 1968, according to Doug. His original ’68 Ford Falcon had a six-cylinder, but Doug was more concerned about the appearance of the car and actually likes the extra power in his replacement Falcon. 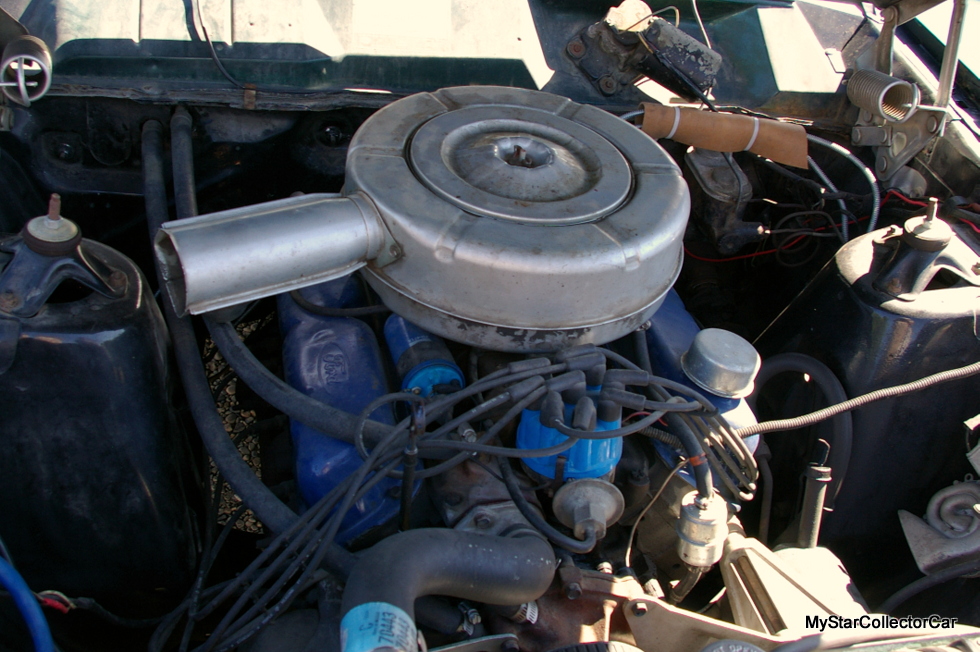 The interior on the replacement Falcon required a great deal of work. The rear seat on the car was held in place by a bungee cord and needed to be replaced, but the front seat of the Falcon is still the original one. 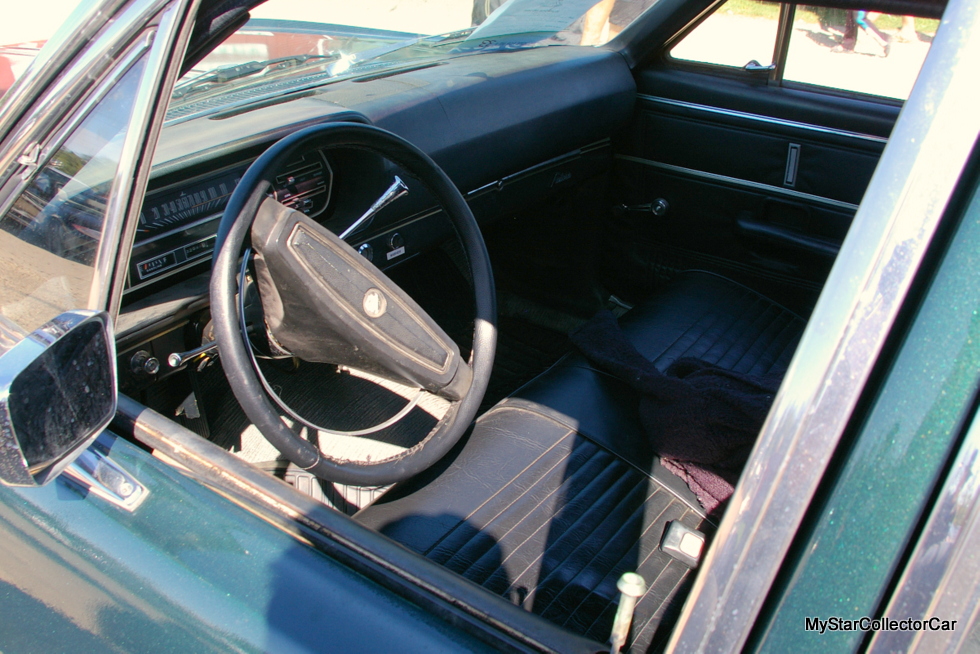 The wheels and hubcaps on the Falcon are one-off and were only available in 1968, according to Doug. Consequently, his search for factory-correct replacements took a little longer because of their scarcity. 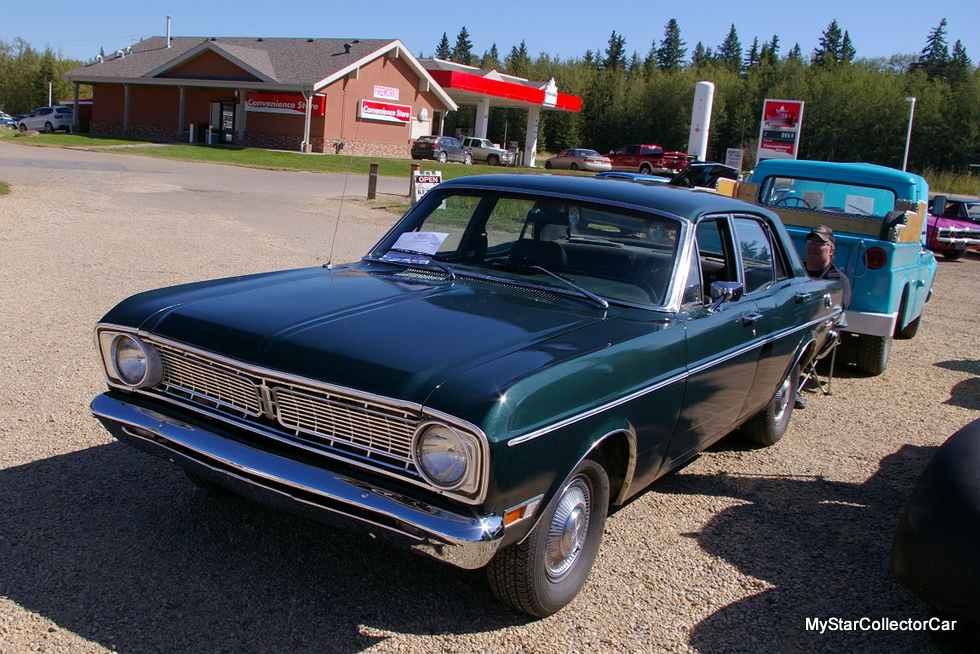 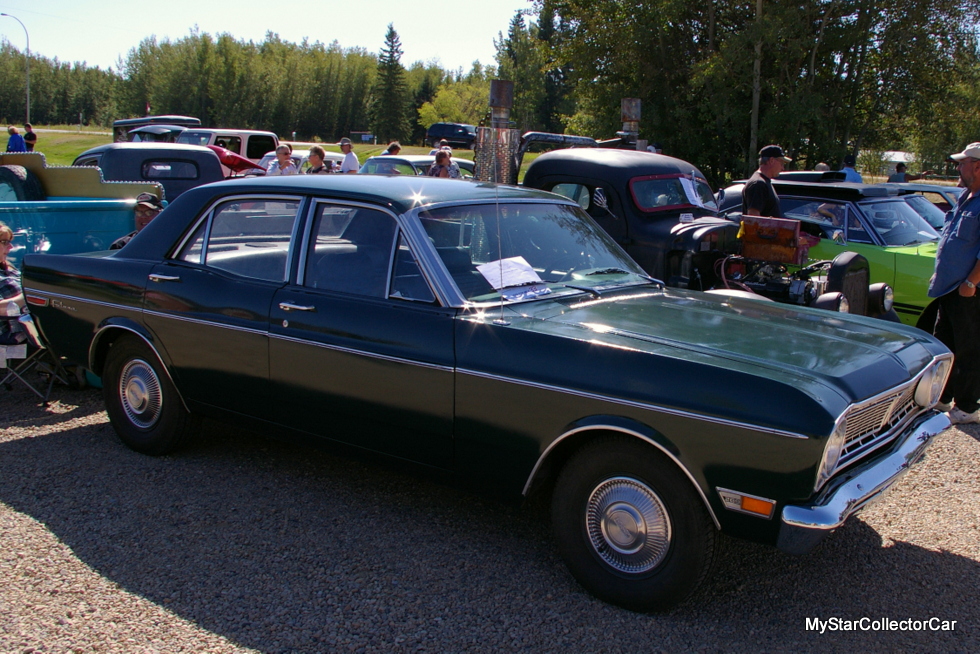 MyStarCollectorCar also believes the car is a good partner in a great marriage that started with a courtship.