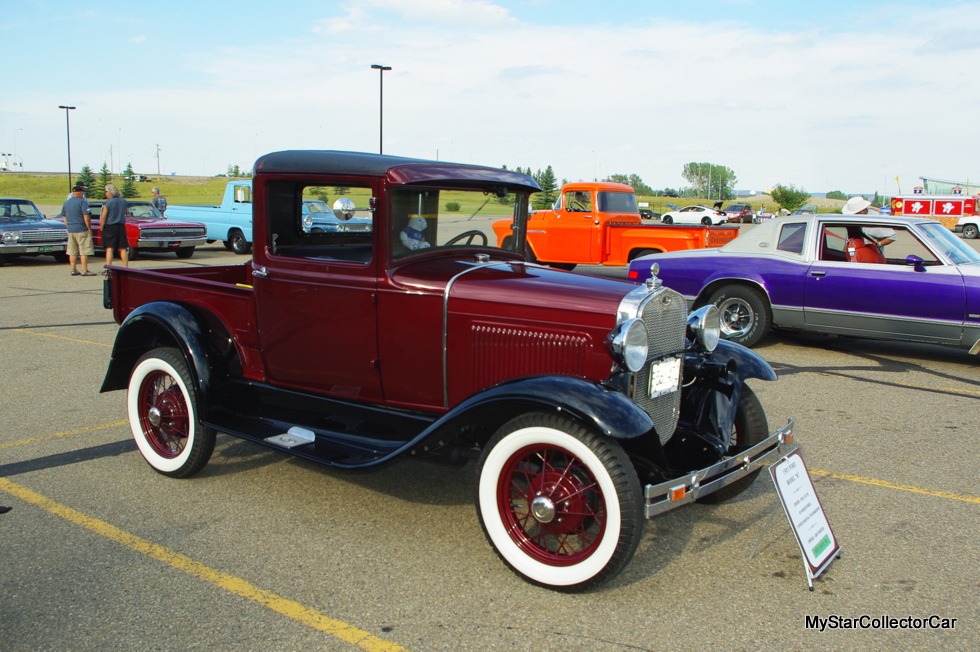 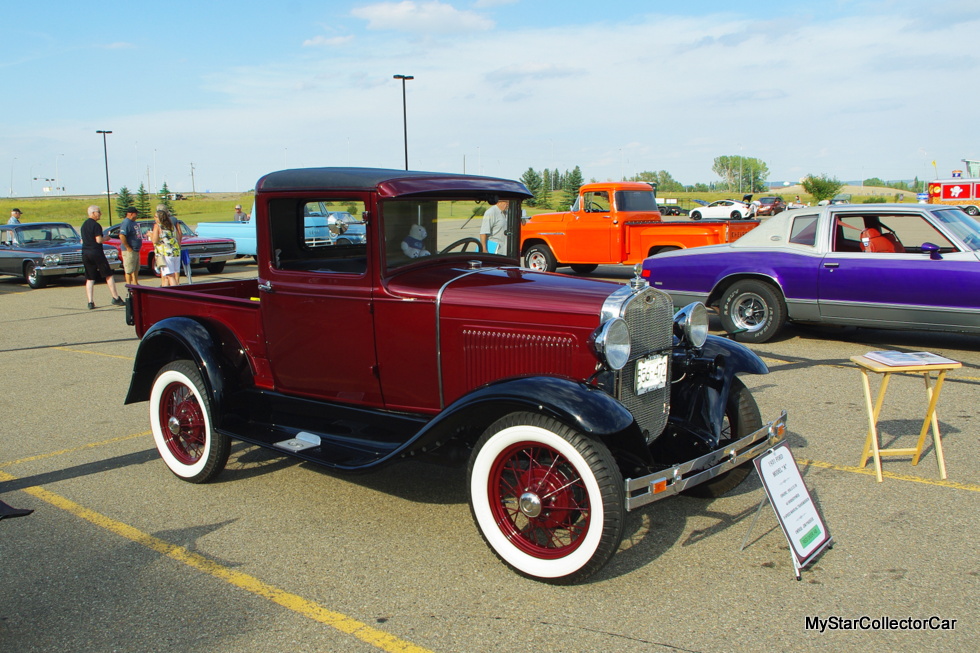 The purchase price was 15 dollars but Jim only had 10 dollars, so he threw in his fishing rod to seal the deal. 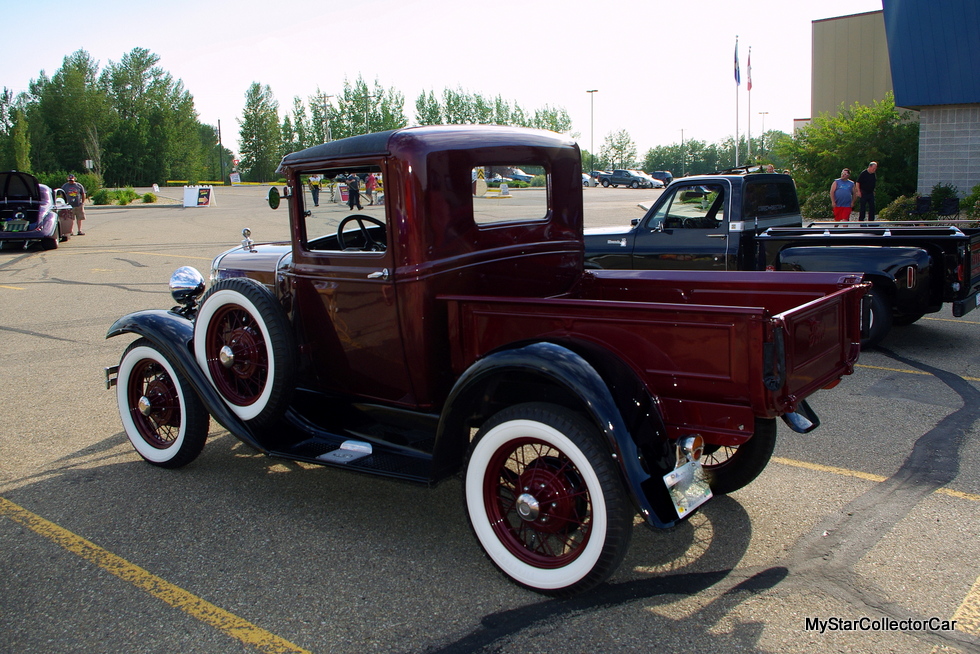 Jim was a heavy duty mechanic who wanted to retain the original four cylinder flathead engine in the truck, along with its three-speed manual transmission. He rebuilt the engine and waited for an opportunity to finish the Model A truck’s restoration.

That opportunity would have to wait until Jim raised a family and retired in 1999. His young son had learned to drive a vehicle behind the wheel of the truck, but it had been used sparingly over the years. 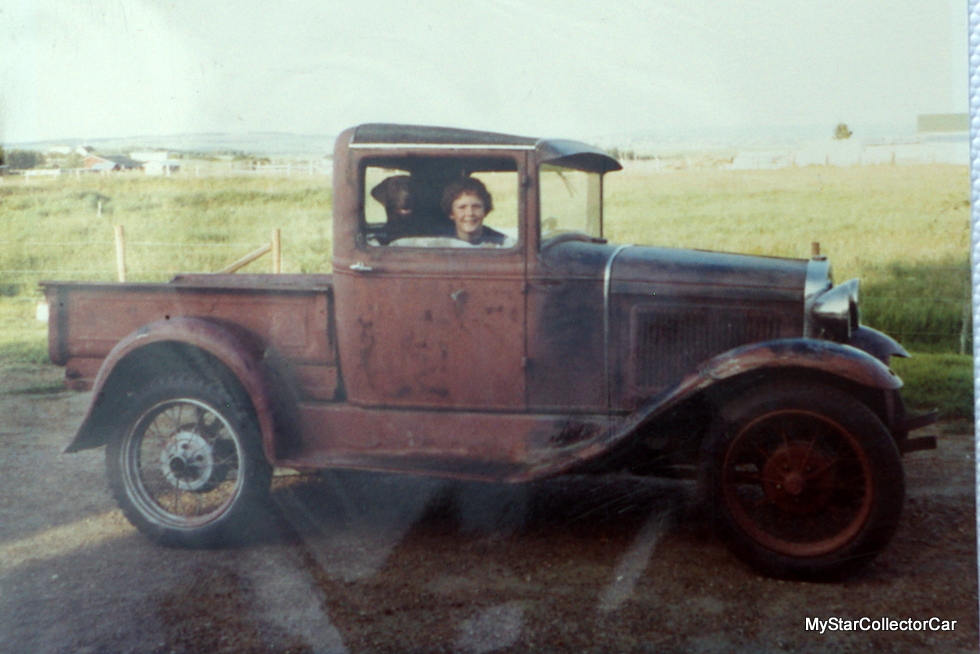 Jim is a handy guy, so he built a garage on his northern British Columbia acreage in order to work on the Model A. 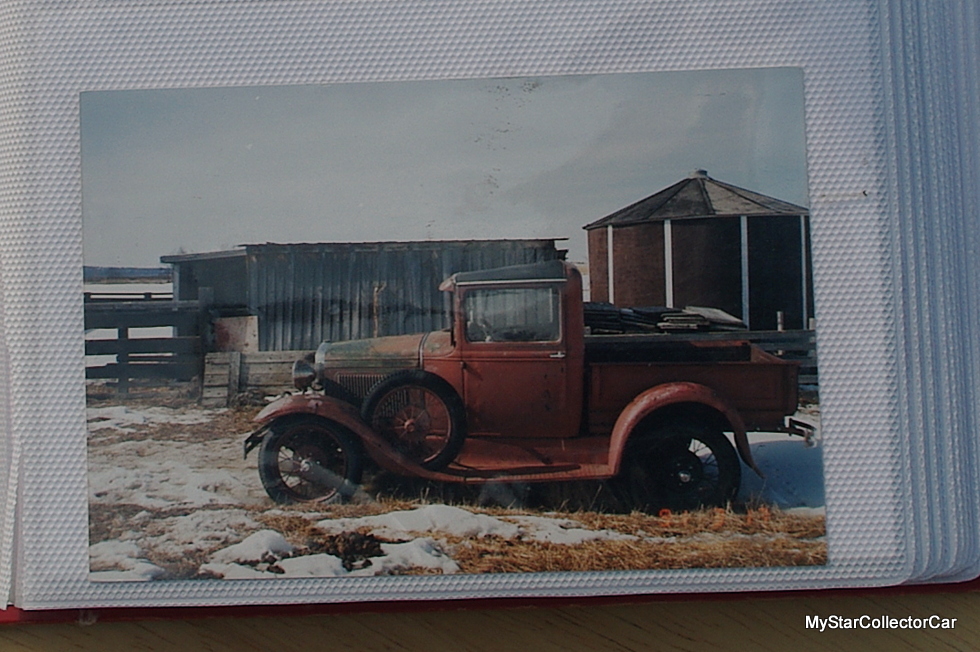 The restoration process took about five years and Jim was able to do most of the work, with help from his wife Audrey. The two of them tackled the interior work on the Model A and were able to replace the door panels and headliner on the truck. 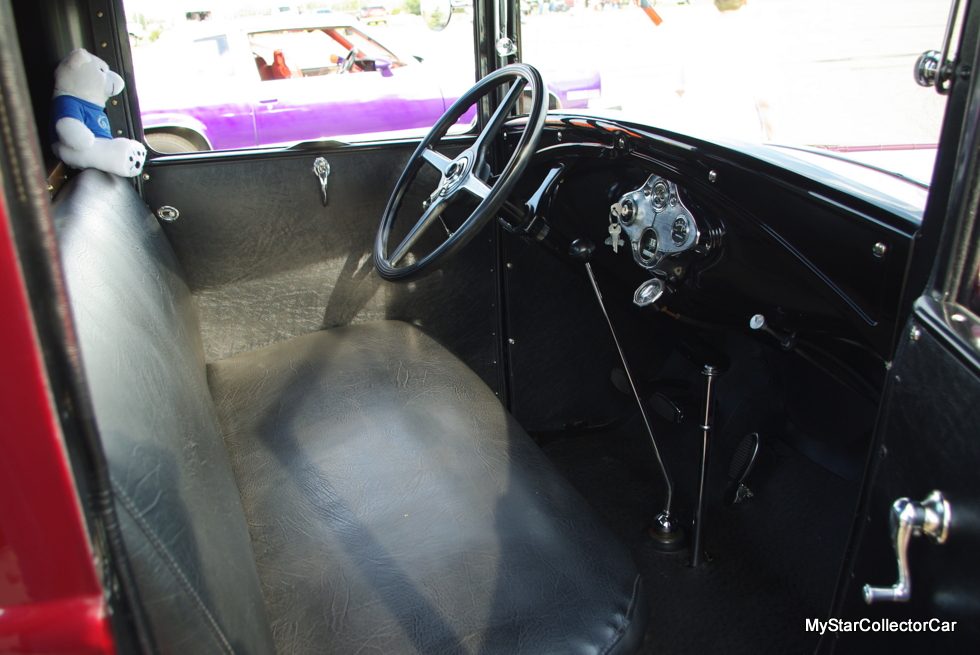 Jim is still grateful for the guidance provided by a supplier during the restoration. They were famous for their ability to source out early Ford parts and provide his expertise to a restoration project. 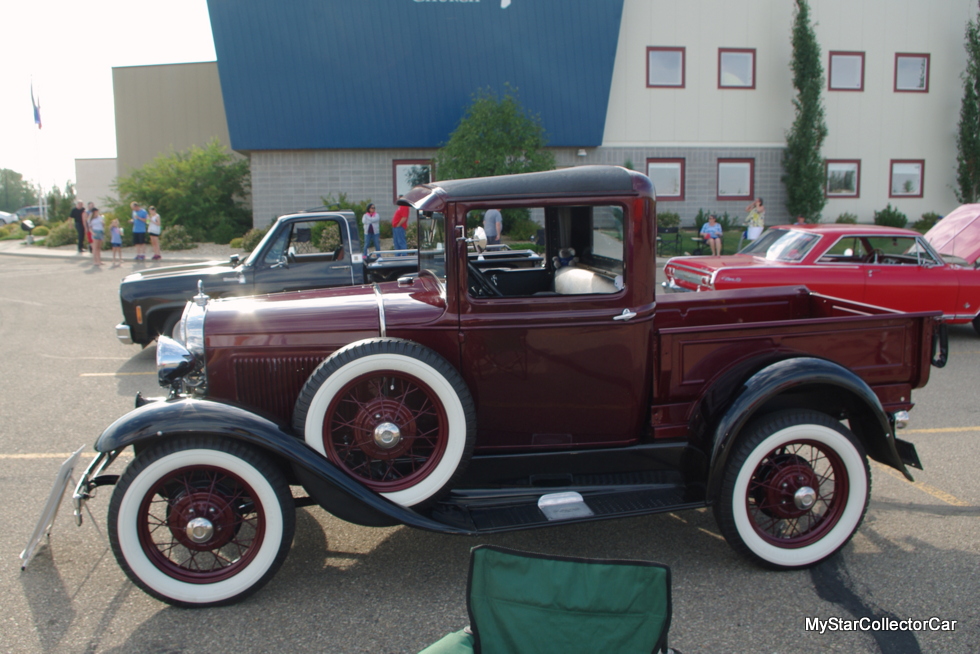 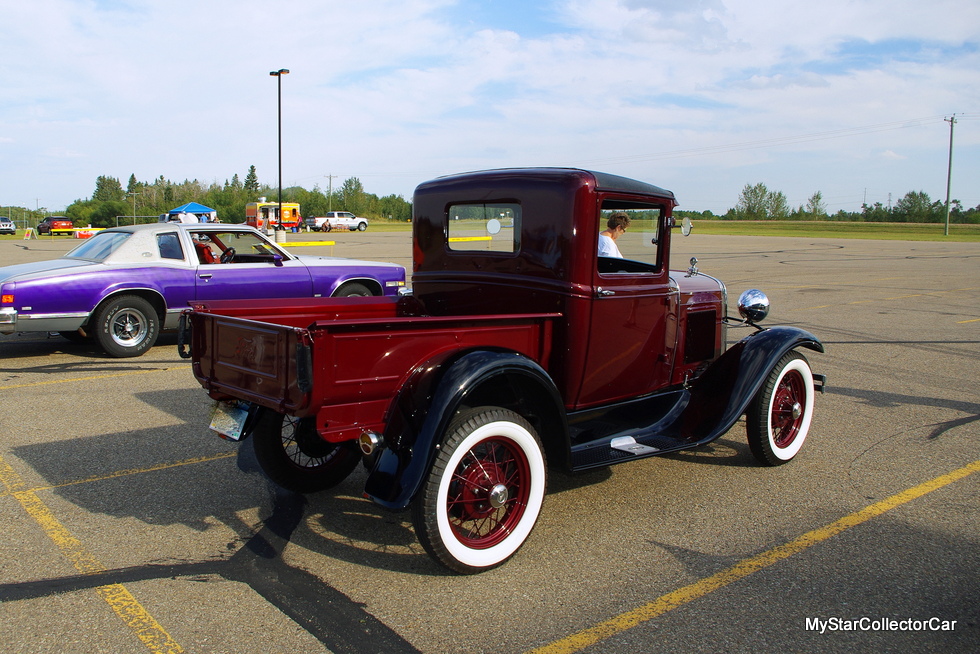 Jim adjusted his truck’s registration due to George’s advice because George Moir is an expert in his field. The new tires on the Model A truck are also positioned in the right manner because of George’s advice. 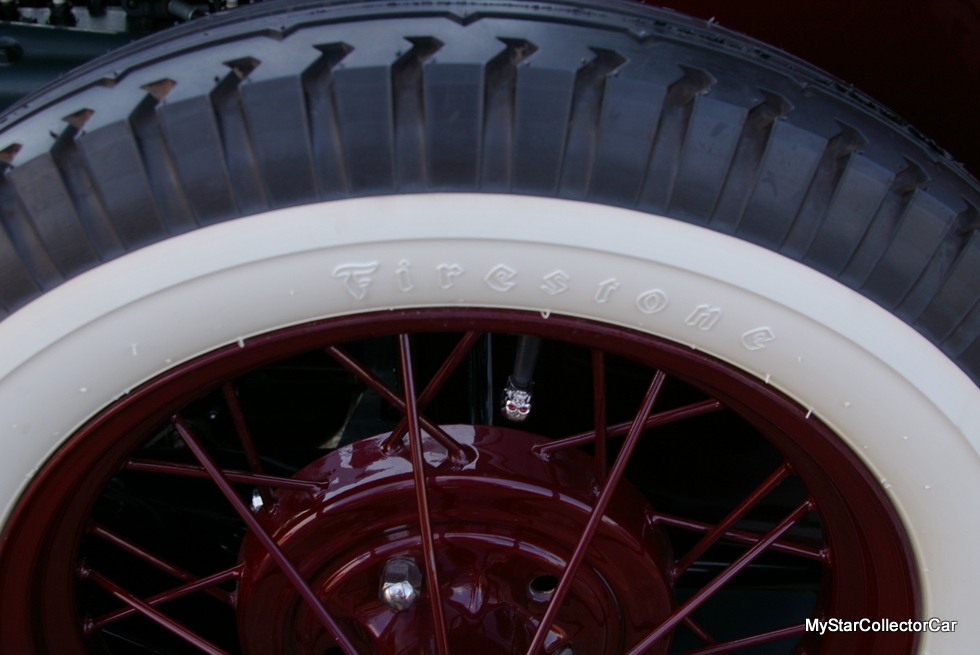 The Firestone logo on the tires are near the valve stems because Henry Ford wanted his vehicles to leave the Ford factory in this fashion.  Failure to do so cost a Ford foreman his job, according to Jim. 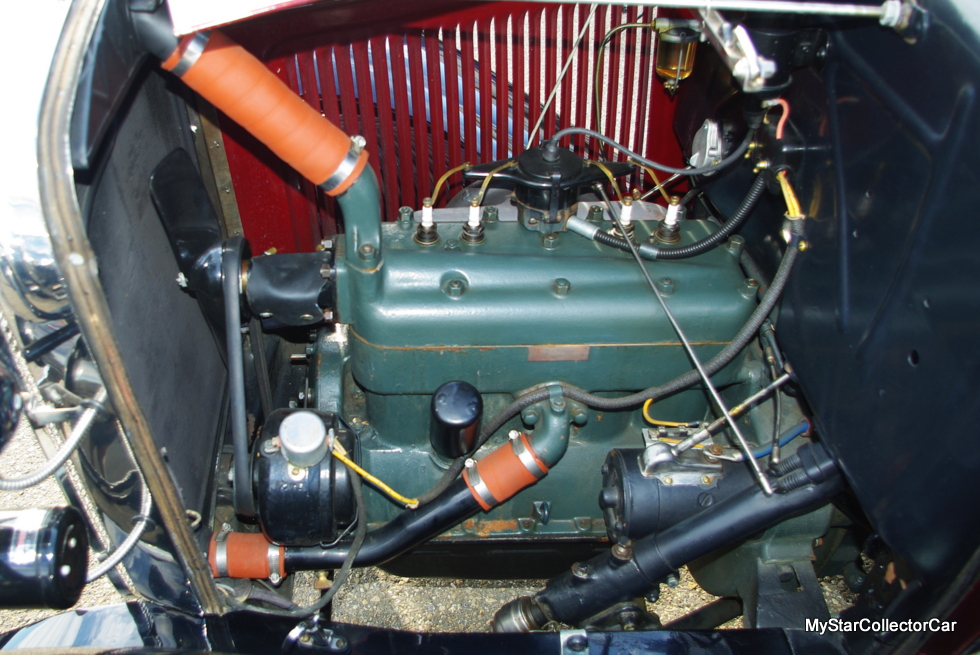 Jim and Audrey did most of the work on the truck and stayed close to the manner in which the original Model A left the factory. The only major exception is the truck’s color, which was originally green, and is now a two-tone paint job.

Jim replaced the truck’s wood and noted that he was able to custom-fit the oak bed with only a skill saw and no router to make the notches. Jim joked about all of the wood on his Model A and said he used a lot of birch on the truck because Audrey envisioned every wood order as a new kitchen. 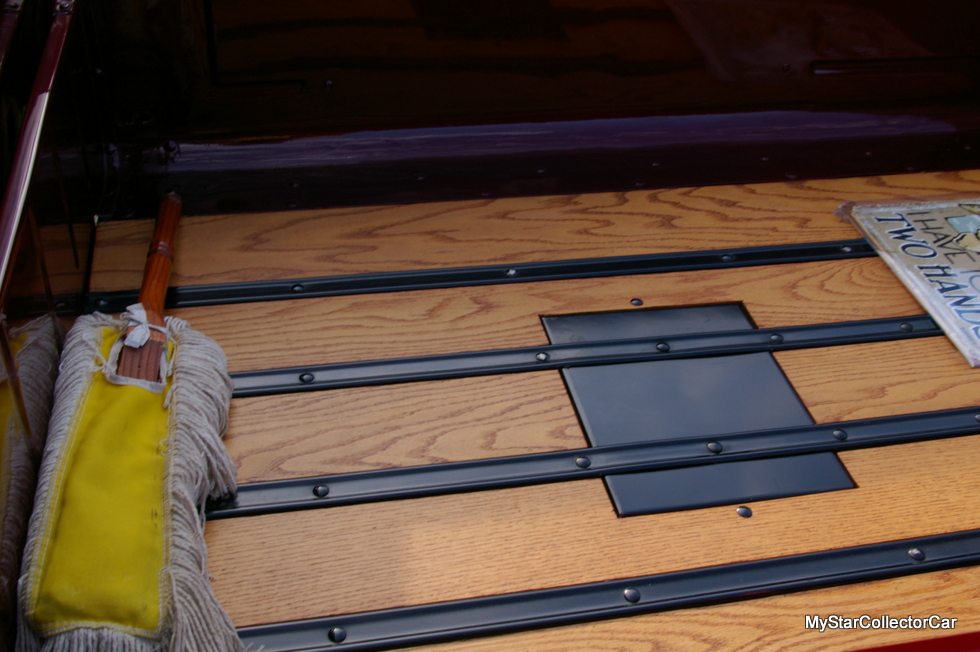 The 40 horsepower 200.5 cubic inch engine delivers about 40 mph on the road, according to Jim. George Moir was able to provide Jim with upgrades to the mechanical brake system on the front end and an innovative damper that prevents the steering system from vibrating too much on the road. 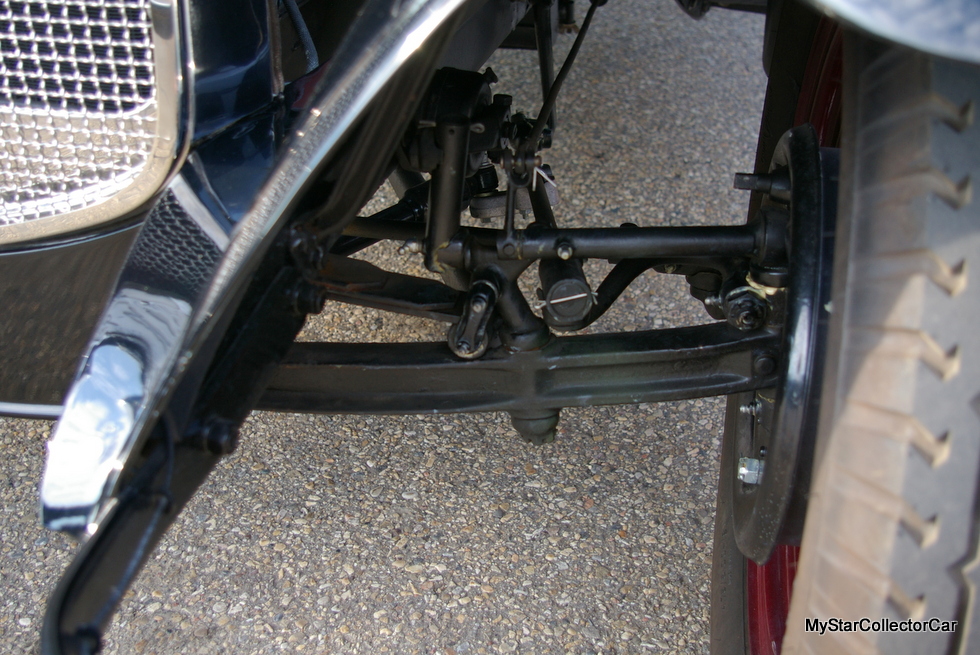 Both upgrades are adjustments to the original system that can be easily removed by Model A purists, but the improvements are smart investments for safety reasons.

Jim and Audrey Parker are the perfect owners for the 1931 Ford Model A truck because they respect its 87 year heritage. 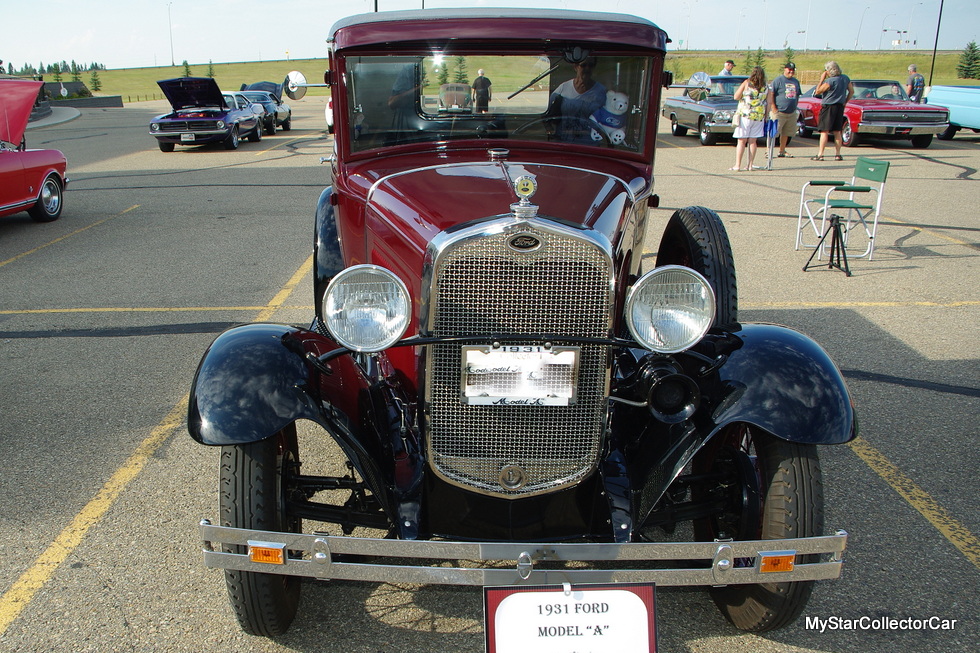 To think it all started with a fishing rod thrown in just to buy the truck.