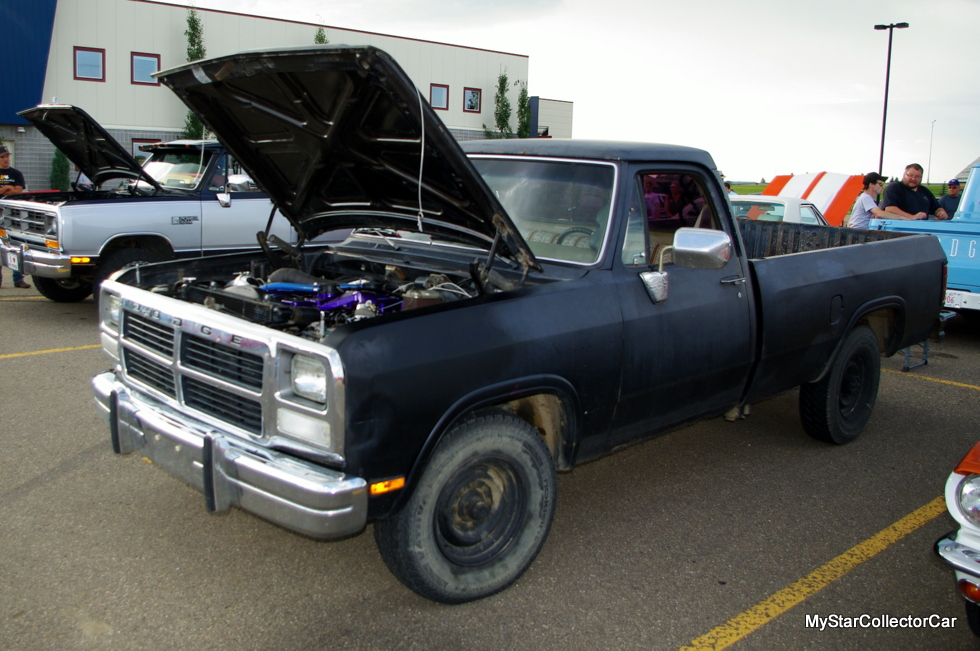 ‘In some cases, there’s money on the line because a sleeper is an ambush in waiting for an unsuspecting victim—that boring 4-door sedan could be packing a monster under the hood.’

The only sleeper rule is there are no rules so a sleeper can also be an old farm truck. 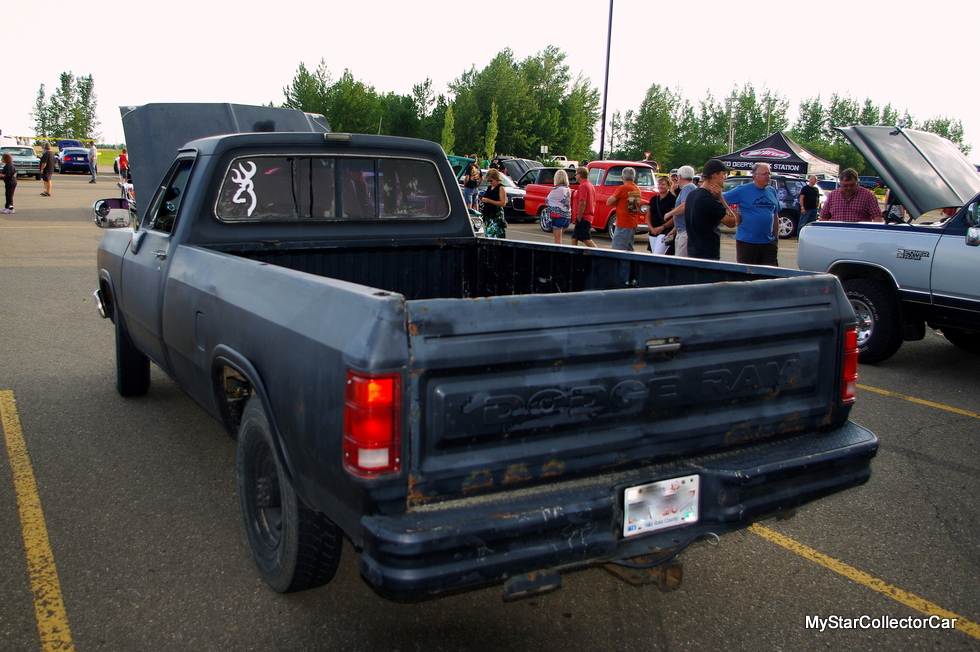 Spencer Zelinka is a young guy with a deep understanding of the sleeper concept and he wanted to apply it to a diesel for a simple reason—he’s a diesel tech. In his own words he “wanted a sleeper, I wanted to find the worst truck I could find just to put a motor in”.

He found a donor body in the form of a rough-looking, thousand-dollar, 1989 ¾-ton Dodge truck. This truck rolled into the parking lot at a weekly show and nobody noticed it until a shaken passenger climbed out and told a hair-raising tale to tell about how insanely fast this truck was on the highway.

The answer lay under the hood.

Spencer found a Cummins out of a 1997 Dodge truck and applied his expertise to the legendary diesel. This diesel was taken to another level so now it dynos out at around 1000 horsepower with around 804 hp at the rear wheels. 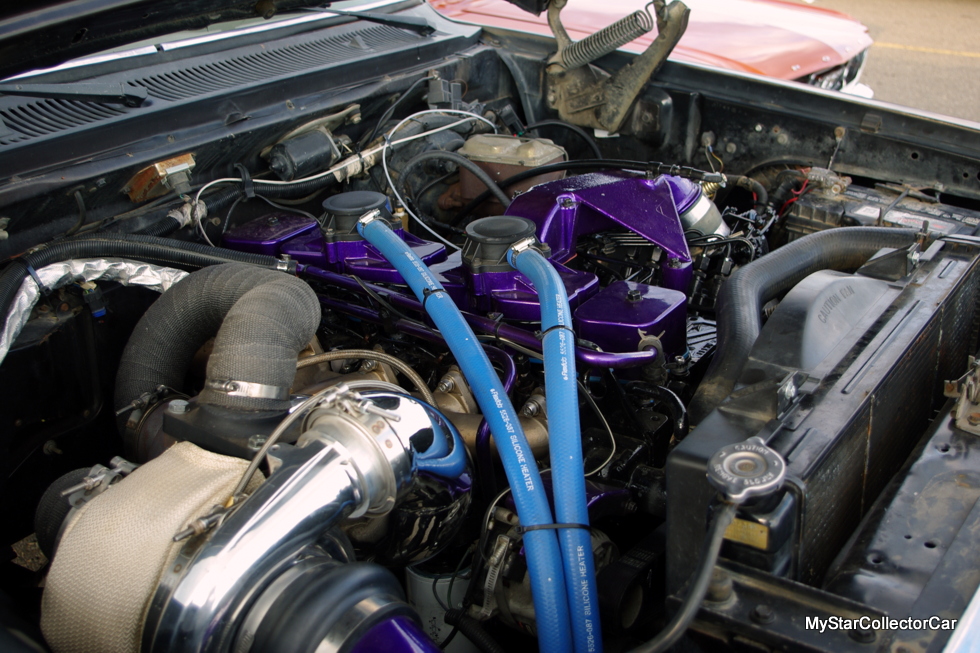 He took 50 hours to build the motor and he said the diesel literally “bolted right into” the old Dodge . Spencer said the only real problem was the intercooler (2001 Dodge) because the tubes were a bit of an issue but now he has it hooked in like it came from the factory. 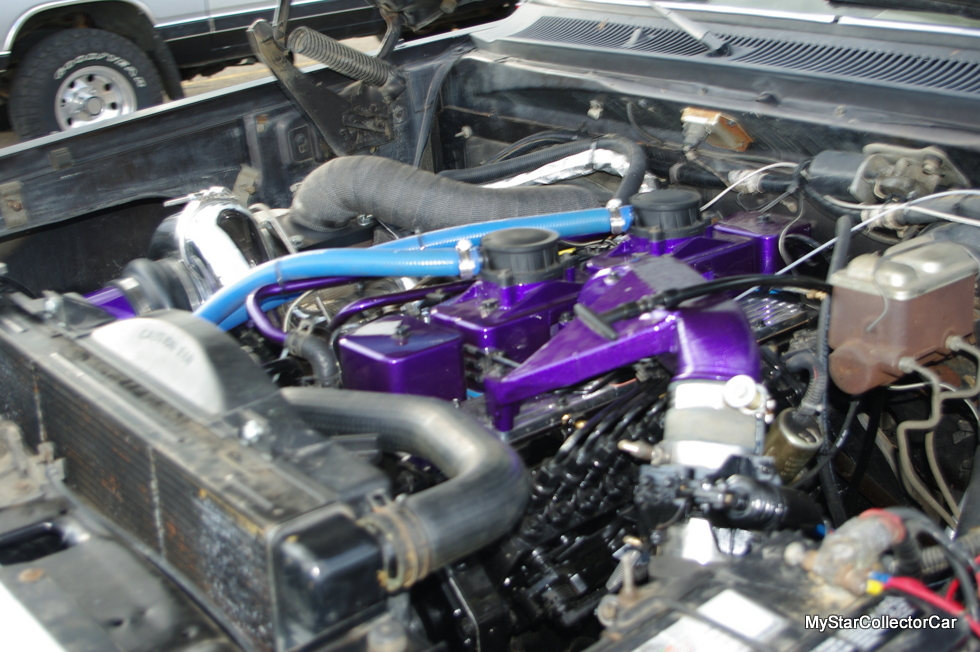 The sheer power of this ’89 Dodge is unimaginable, but the passenger reported the tires started smoking at 70 miles per hour, he was shoved back in his seat and the speedometer shot up to 90 when Spencer cracked the throttle. He said the force was beyond description and he wasn’t sure about the ride home. 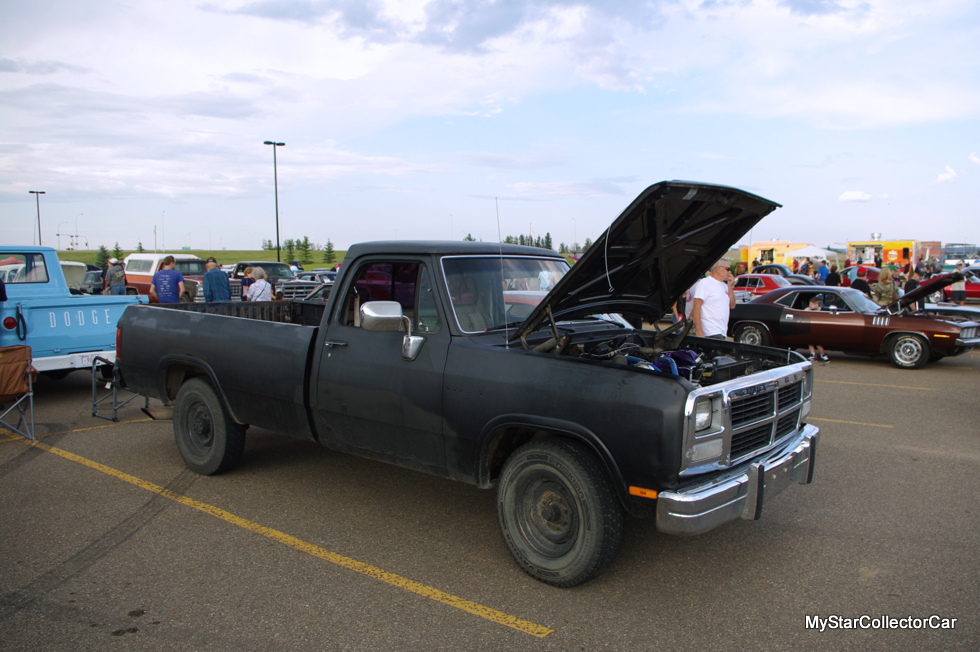 Spencer said the truck is actually a lot tamer than it sounds if you’re sensible on the throttle. He said it’s “pretty inert up to half throttle” but after that insanity takes over. He described the driving experience as “exactly like a bone stock truck-it runs clean and drives nice”. Spencer said this monster will get 22 miles per gallon if it’s driven sensibly. 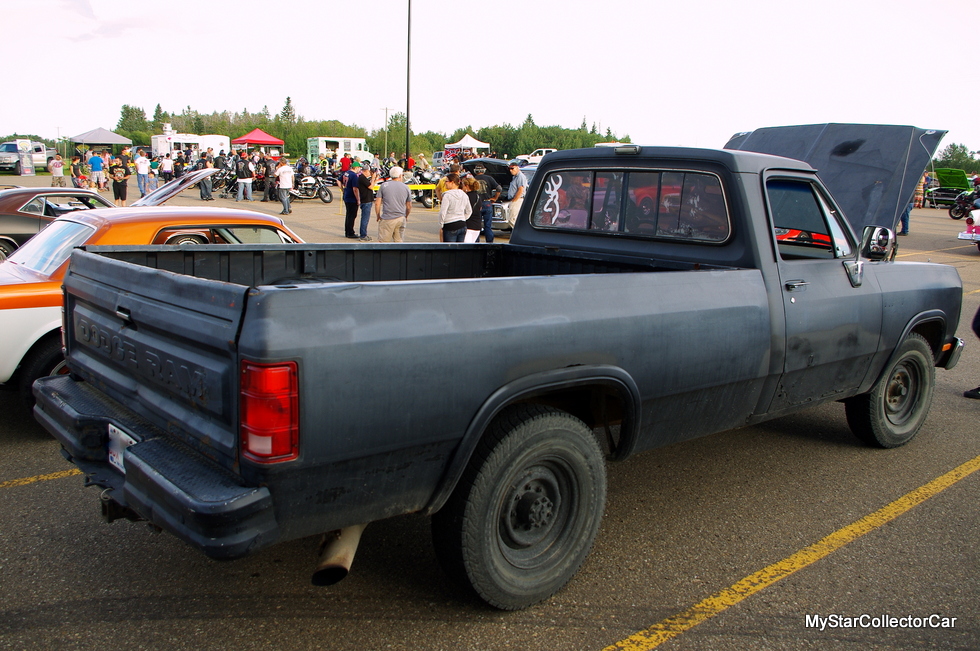 He stated the obvious when he said “these trucks weren’t meant for high speed but you gotta be sensible” because a 1989 Dodge truck that can go from 70-95 miles per hour with a flick of the throttle is definitely past factory specs in many ways. 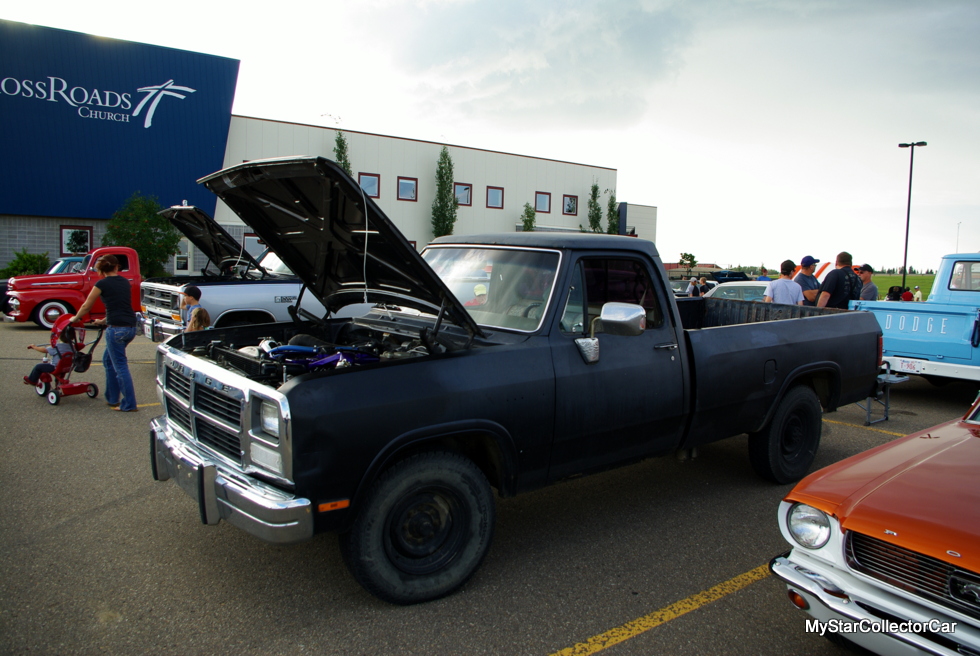 Spencer is a hardcore Mopar guy so he also owns a Dodge Viper but he said this truck would “annihilate his Viper”. He said he’d “like to whale on a Hellcat” and with 1000 horsepower at his disposal, he is very realistic in his goals. 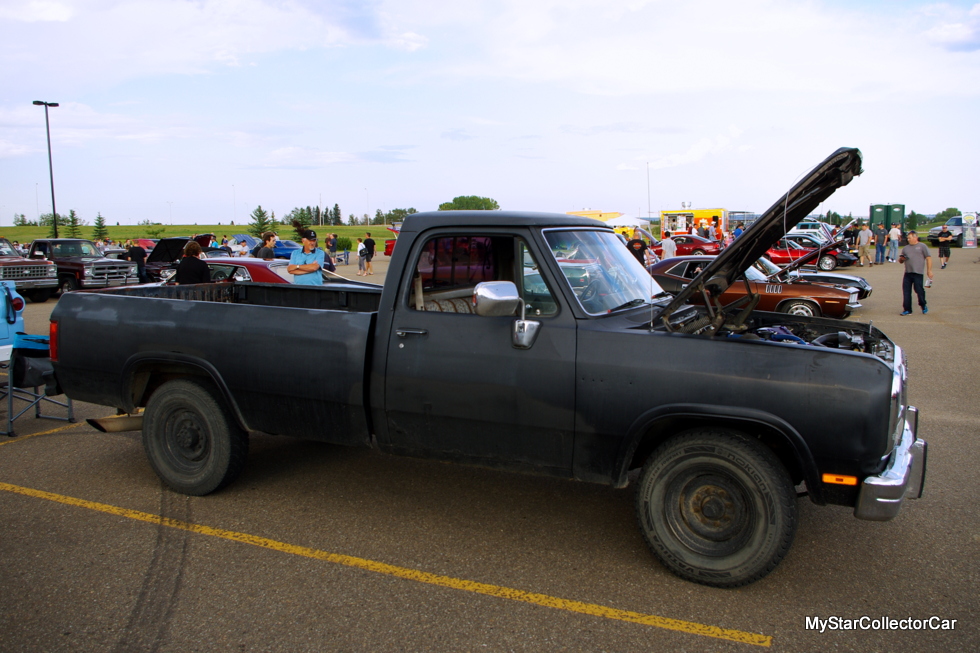 There was very little cosmetic work done to this truck. Spencer “touched it up with old paint” but beyond that this Dodge is definitely in the driver-quality beater world on the surface.

‘Under the surface is a different story because Spencer’s Dodge is a finely tuned diesel mother and it easily met his only goal—to have a fun driver and an ultimate version of a sleeper.’

THE HOT CARS OF CHIPS