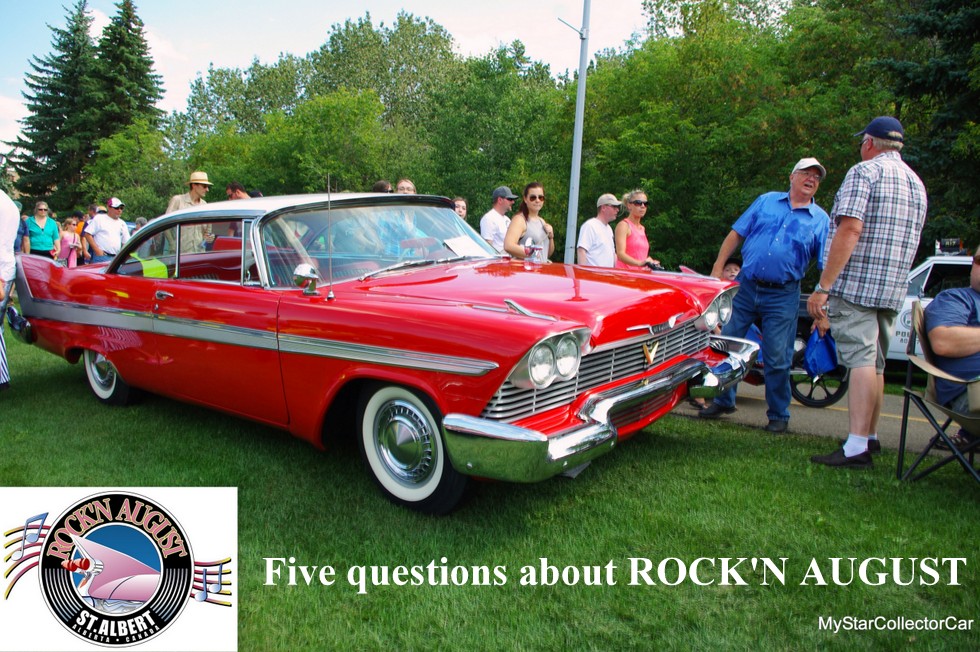 St. Albert Rock’n August is one of the premiere events of the summer car show in Canada.

This is a massive event and it takes place over the course of the week so MyStar wanted to learn more about this spectacular show.

Bill Isley is the President of Rock’n August and he was very generous with his time when he answered these Five Questions about Rock’n August. 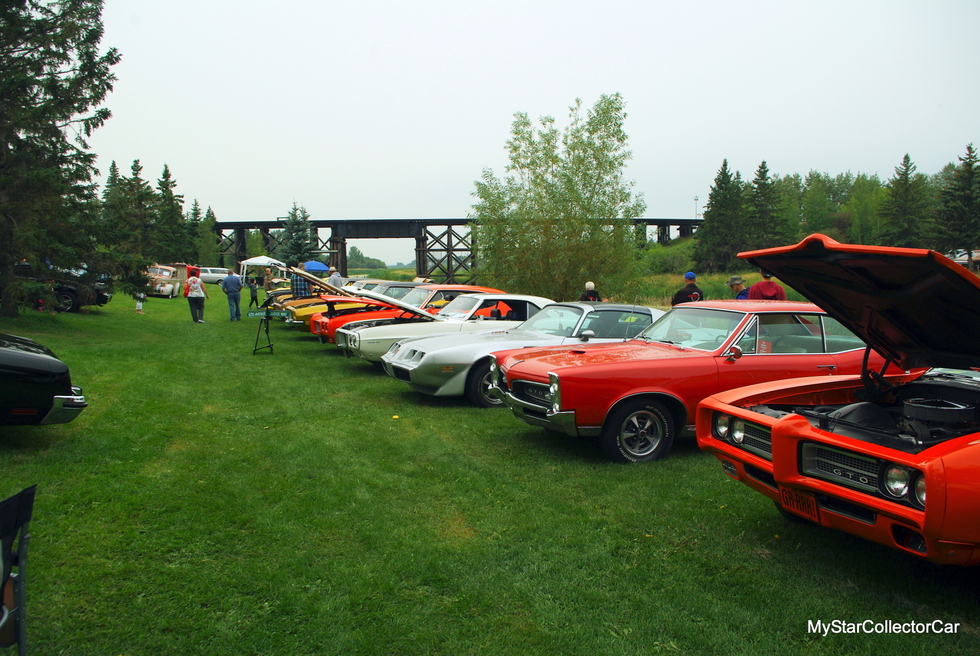 What’s the history behind the show?

“From its inception the car show was intended to be a fundraiser for diabetes. 3 area Cosmopolitan Clubs were looking for a way to increase their fundraising efforts and decided that a car show might be an appropriate vehicle (forgive the pun) to do this.  The plan was for the cars to be the stars to attract attention to the fund raising effort. Under the leadership of Roger Graaf and Glen Gardiner, Cosmo Presidents, a grand plan was established for a great event. The first show was actually hosted in Edmonton with plenty of outstanding music.” 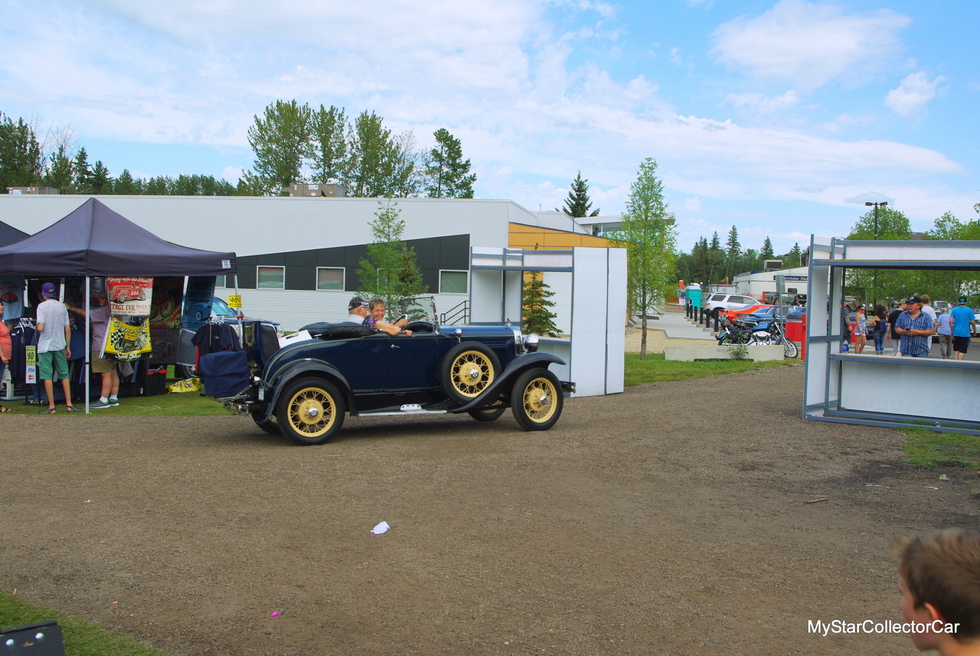 You can get sense of the history behind the first show through these notes from early St. Albert Cruiser Frank Krupa who is still actively involved as the club’s treasurer.

“They met Sat Aug 9 at the Baccarat Casino, 101st and 104 Ave to cruise into downtown to Winston Churchill square for show and shine.so the  area was closed off to traffic which led to no spectators plus rained like hell all day.”

“At 4 pm the first 68 cars registered went to Edmonton Convention Centre (name at time) to set up for the dance and the rest went to the underground parkade with security for the night.”

“Paul Shaw was our Cruiser President Debbie Shaw/Todd Lesenko from St. Albert Fountain tire took pre- registration plus registration 75.00 got you dash plaque,t shirt,hat,2 tickets to Juke Box Saturday Night and the prizes were (1st prize 800.00 and 200.00 per category). The featured car was a ’59 Cadillac.” 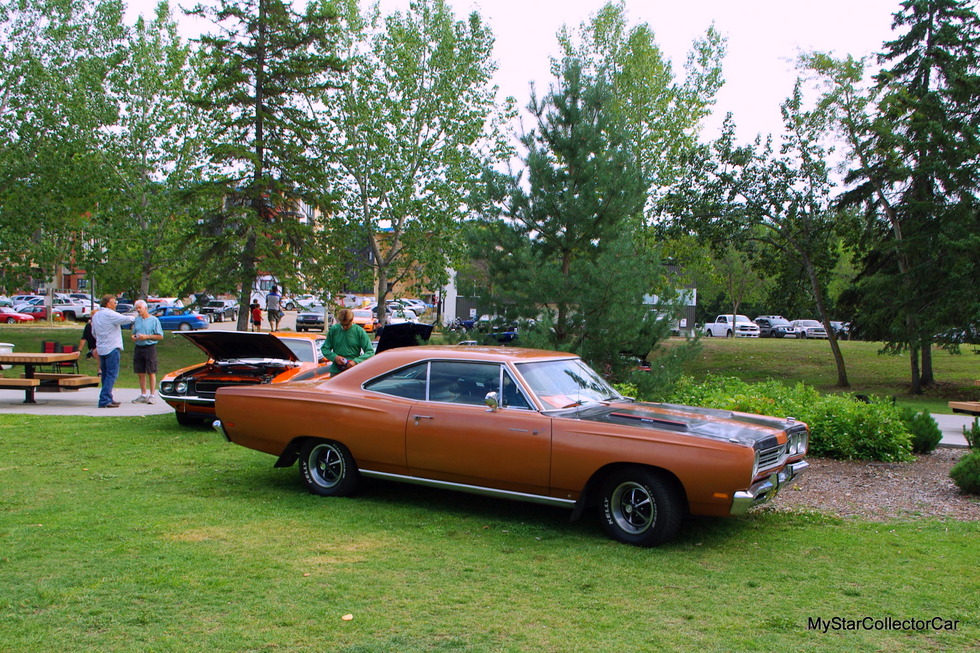 “The Cosmo Clubs realized that a car club group was needed to find cars and promote interest in having owners participate.  At the same time, an Edmonton event brought with it a significant amount of complexity to carry out street closures and other challenges and the St. Albert Cruisers were anxious to partner on the event. The decision was made to make it a St. Albert event and the Chamber of Commerce jumped on board to support the event.” 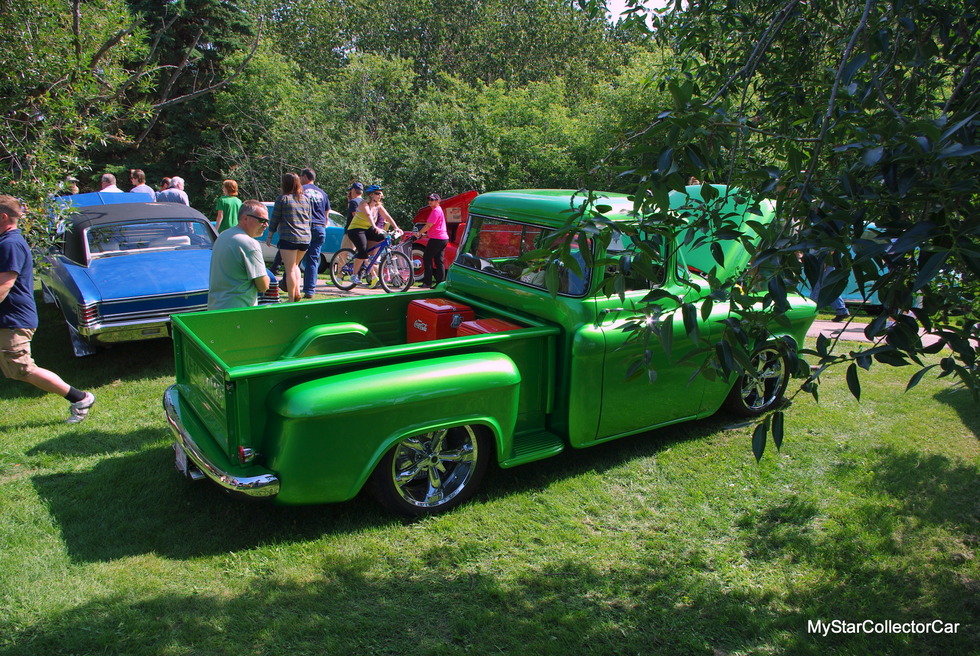 “They were on the right track, classic cars were, and still are very popular as they create their own stories and experiences in the minds of observers. And how could you go wrong by including classic rock and roll music at all venues.”

“In the early years, the organization stayed true to its purpose – raise funds for diabetes by hosting a festival of music and cars and eventually formalized a relationship with Alberta Diabetes Foundation to be the beneficiary of the fund raising.” 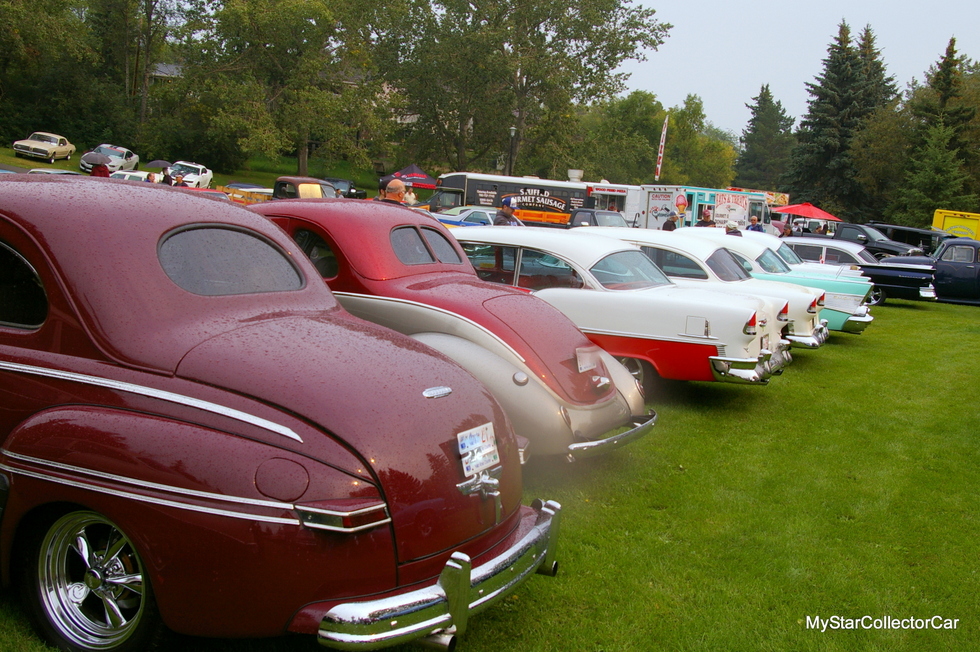 The show takes place over the week so what inspired RNA to make it a week-long event?

“The first events included a Friday night cruise ending in a street dance and a Saturday Show & Shine. As the popularity of the show grew, organizers saw opportunities to involve the community in a variety of ways with local businesses anxious to support events throughout the week.” 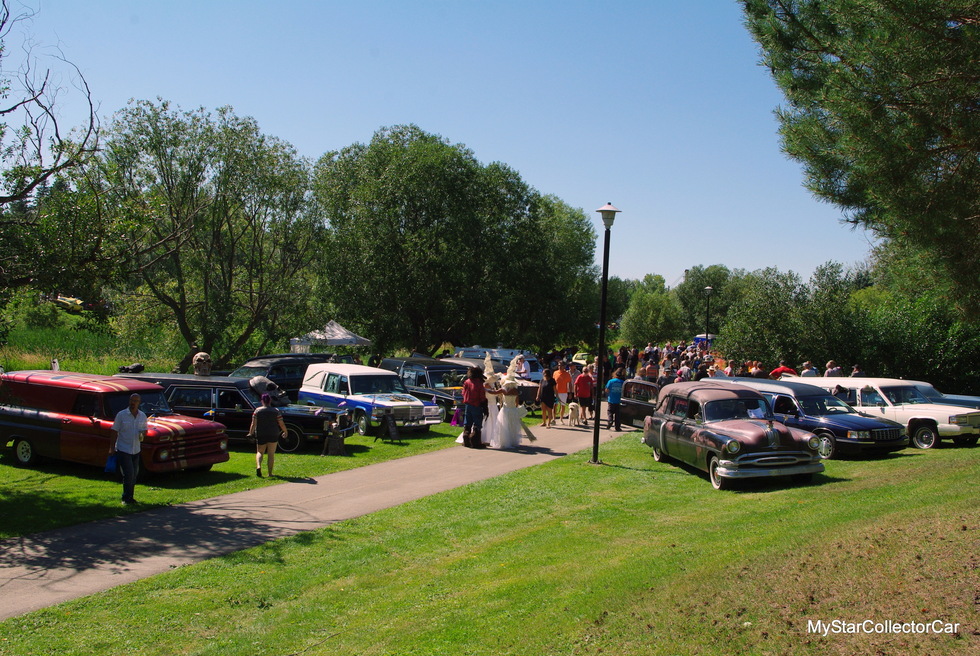 “There was no shortage of sponsors anxious to be part of the event. Although the sponsors have changed somewhat over the years, each step up to host one of the 11 different events throughout the week culminating in a grand car show. Many sponsors, like the St. Albert Inn and Fountain Tire have stayed with the event from the start.” 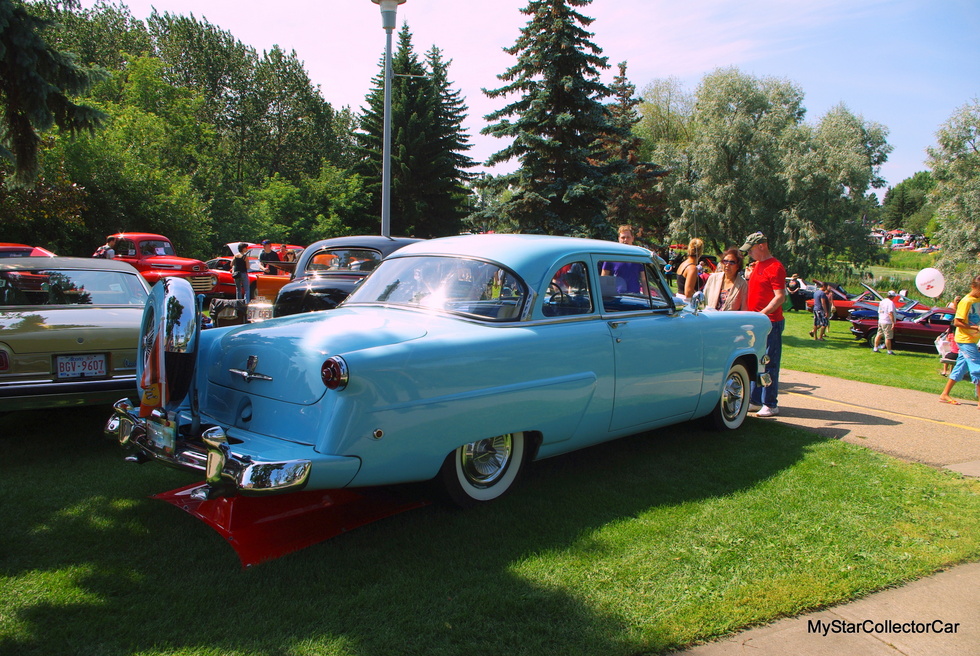 Does the community support the show? I know you get the downtown and the park venue so it sounds like the City is on board.

“The real winners from the events are the residents of St. Albert. Throughout the week they have access to a wide array of events, mostly for little to no-cost as several events provide free food, a mini-car show and entertainment. A $5 button is available for purchase (with proceeds going to ADF) that recognizes the wearer as a contributor to the ADF cause and provides easy access to all venues throughout the week. Funds raised through all events are directed to research and/or specialized equipment.” 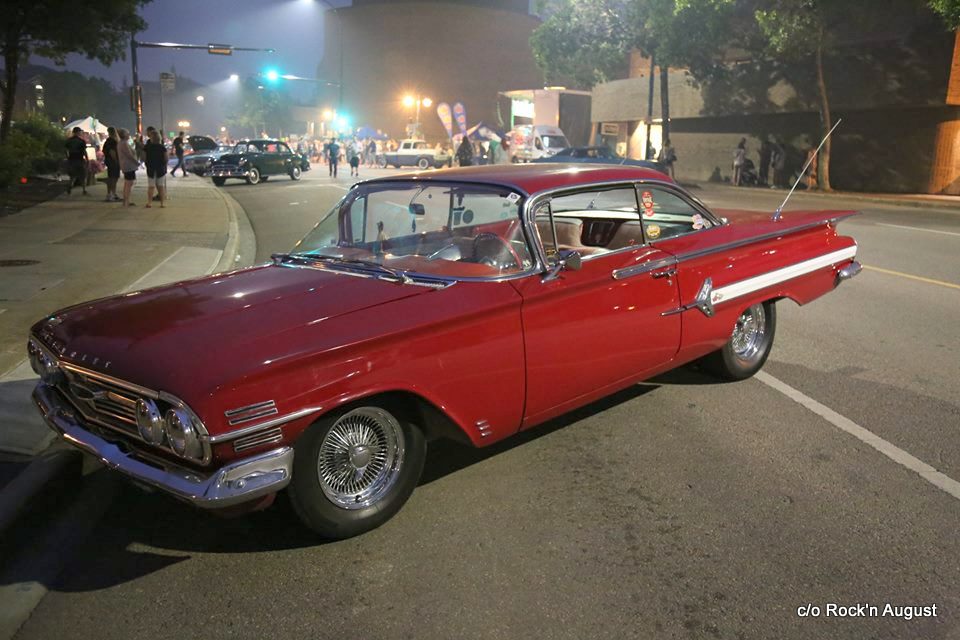 “Access to venues is a key to the show’s success. The City arranges space for the Friday night cruise and street dance in front of the picturesque City Hall with the river valley as a back drop and Saturday the River Valley provides a scenic and comfortable park setting for hundreds of cars, car owners, vendors, and as many as 12,000 visitors who take advantage of the setting to enjoy their favourite cars.”

“The City is also highly involved with setup and take down of each event as they pick up and deliver an event trailer full of necessary items to control traffic and park vehicles at each of the 11 events throughout the week.” 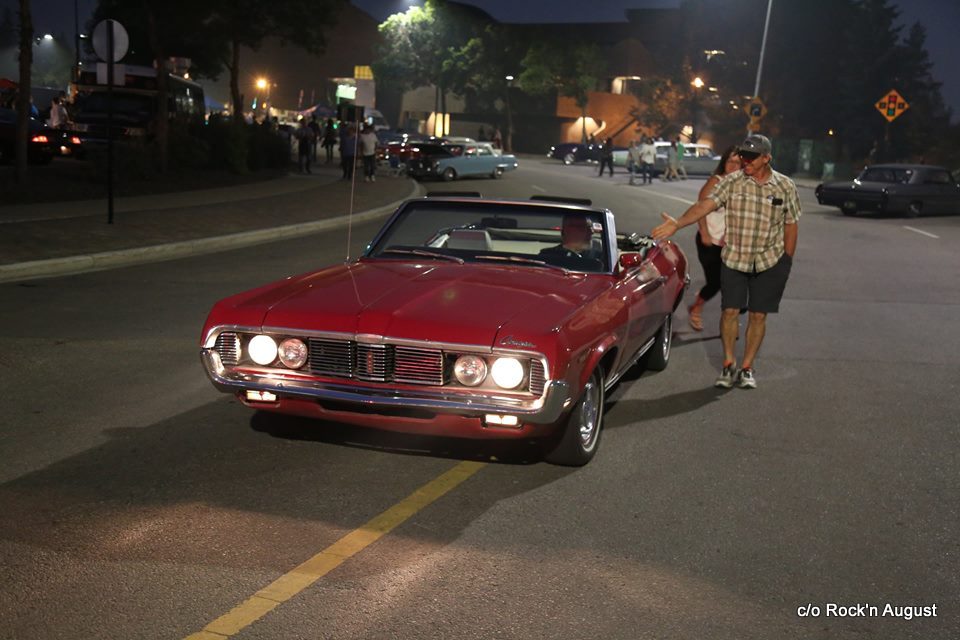 “The city also coordinates the involvement of key stakeholders such as the RCMP, St. Albert Fire Department, to name a few.”

“A strong relationship between the City and the Chamber of Commerce has galvanized an important link between the business community and city. Thanks to the efforts of the RNA Board and hundreds of volunteers, the City reaps a significant economic boom during RNA as reports indicate that Rock ‘N August is the second highest economic development activity for the City generating close to $2 million dollars in revenue.”

“The anecdotal comments from residents are equally impressive as Board members often hear statements like “this is one of our can’t miss events and we now have extended family adding it to their calendars and making St. Albert a vacation destination during Rock ‘N August.” 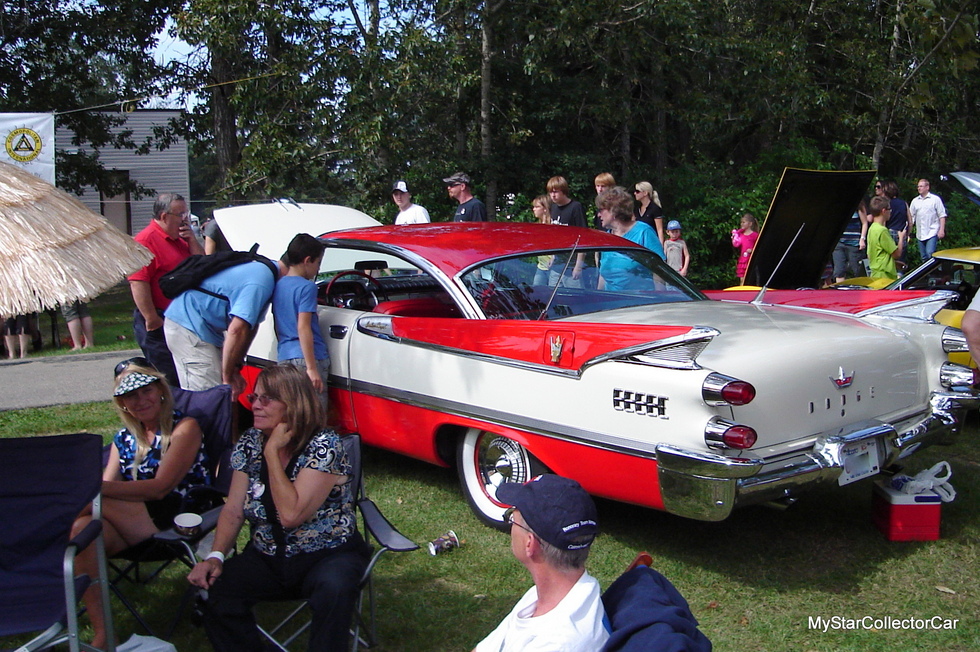 How many entries do you get and what type of vehicles do you allow in the show? You can  also add cost of registration and a link to the registration page.

“Like all outdoor car shows, weather can be a factor in registrations and attendance. Over the past four years we have grown from 700, 800 and 900 cars with a slight dropoff last year to 700 as rain was a factor in reducing the number of registrations at the major show and shine. For people who are attending the show as part of a holiday, the evening events throughout the week attract between 350 to 500 cars ensuring that there is plenty to see throughout the week. There are plenty of great vehicles and great music with live bands playing throughout the week culminating in the Friday night cruise (limited to 500 cars) and street dance.”

“Although the theme of the show is classics (25 years and older) registrations are open to a wide array of cars, trucks and motorcycles. The variety ranges from hot rods, rat rods, restomods, classics and classics of the future. The selection of hearses, ambulances, fire trucks, police cars and car clubs ensure there is something for pretty well everyone.”

“Registrations can be done online beginning April 15th and ending on August 5th, while onsite registrations are available right up to show time on August 10th. For more information on registrations and ticket purchases please visit the website at rocknaugust.com“ 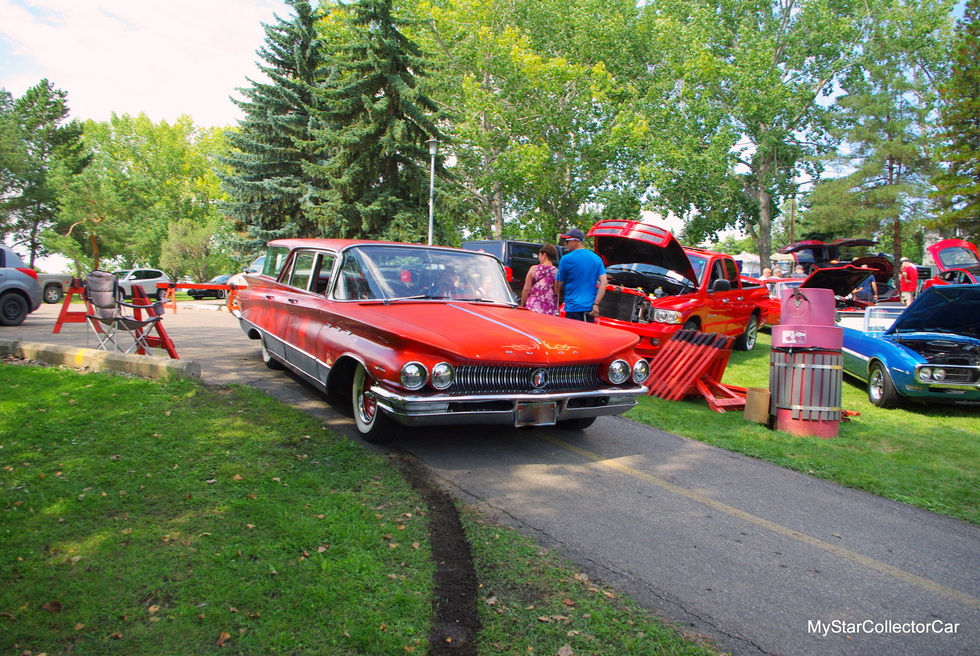 It’s a charity show so what’s the story behind that?

“As indicated previously the whole concept was initiated around fund raising for diabetes research. Initial efforts were important but it took several years to develop momentum and make the kind of leap anticipated upon start up. We are extremely pleased that, as we enter our 23rd year we have raised about $930,000 making this the year to reach $1 million.”

The recent addition of our Classic Car for a Cure raffle in 2017 has been a popular addition to our show and fundraising efforts combining the theme of classic cars and diabetes research. This year, a 1968 Mustang convertible restomod is being raffled with tickets priced at 1 for $50 and 3 for $100. Tickets can be purchased online through the Rock ‘N August website (rocknaugust.com) and at several car shows and events in the Edmonton area leading up to the Rock ‘N August Festival of Music and Cars. 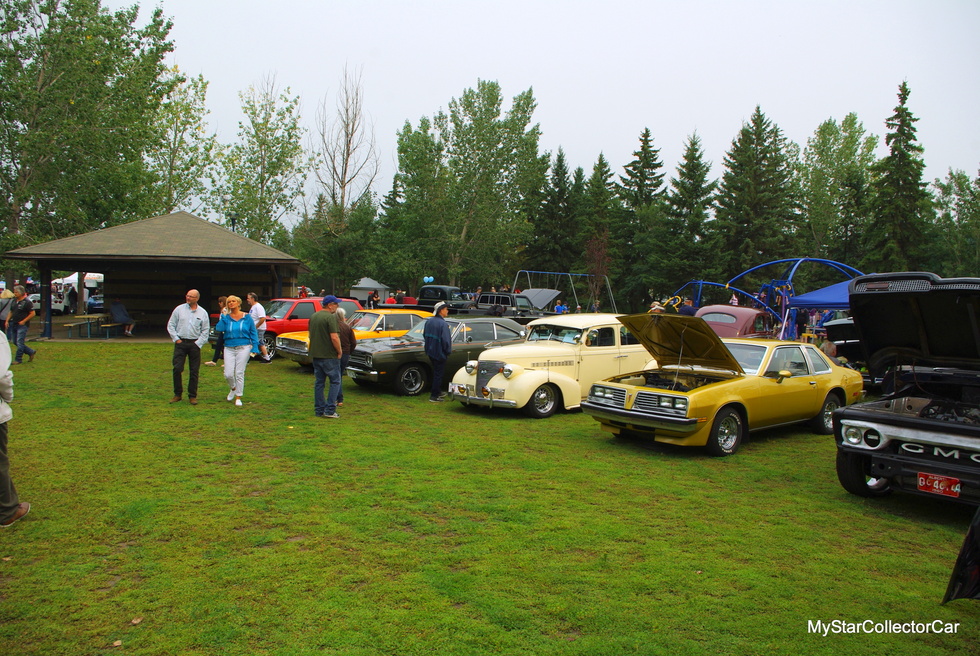