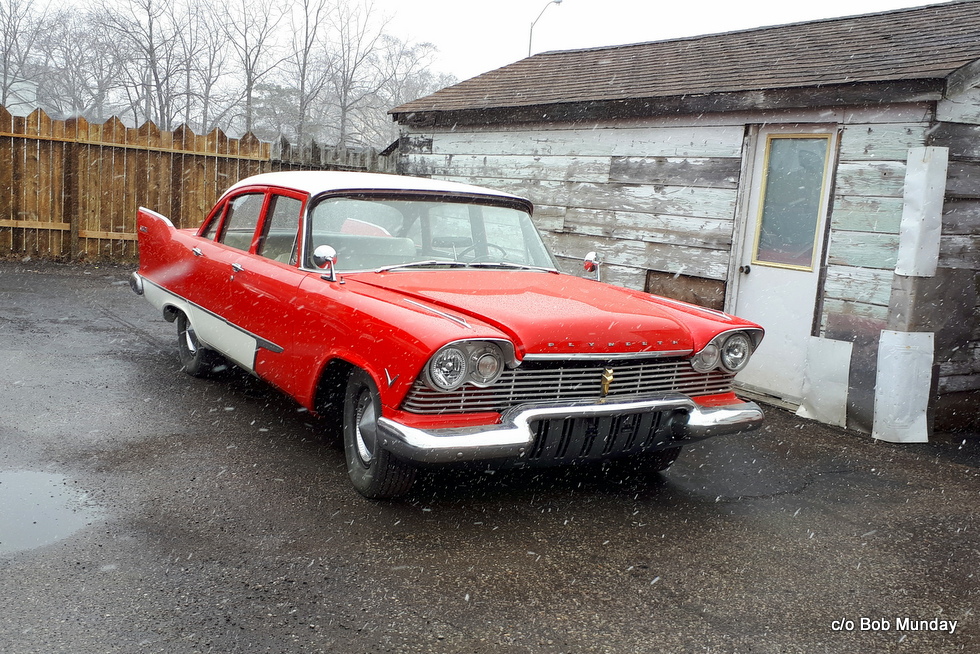 Family legacy cars are some of the easiest stories to tell because the plot is already written.

MyStarCollectorCar seeks out these stories to give readers a sense of how an old car can become part of the family.

This ’57 Plymouth has been a part of Bob Munday’s family since it was new so he is connected to the car in a big way. 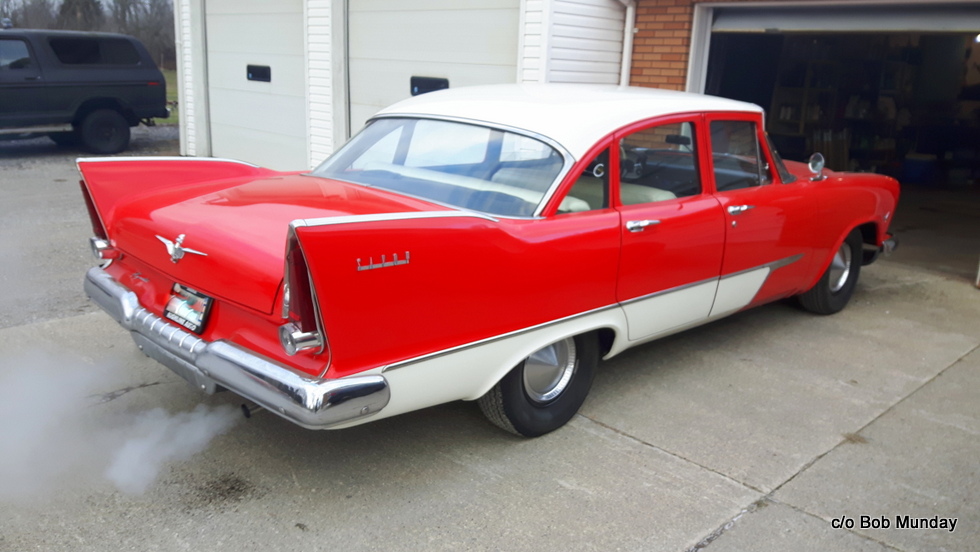 Bob explained the history: “I own this car because it was bought new by my grandparents in Medicine Hat, Alberta. He immediately connected with the Plymouth: “Our summer vacations were typically driving from Sarnia, Ontario to there for 2 weeks. While we were there I always admired the car and told them that I wanted it when they were replacing it. It was originally a robin egg blue colored, so it wasn’t the coolest looking car, but I thought it was pretty cool The car originally was a no option car with a v8 (301ci) 3-on-the-tree… not even a radio.” 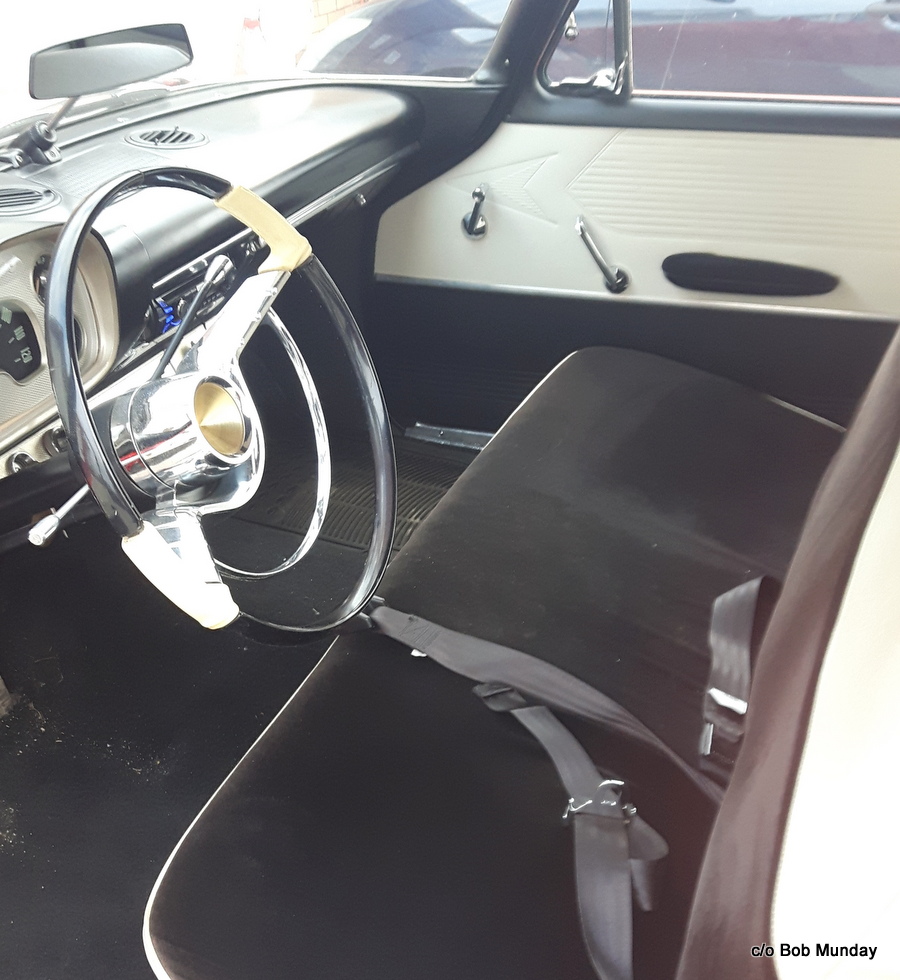 The Plymouth eventually outlived its time but there was a plan: “In 1980 they were replacing it with a 1978 4-door Dodge Aspen  and  I was told that they wanted to give it to me and my sister. My dad and I took a Greyhound bus out there in the summer of 1980 to get it and drive it back…37 hrs on a smoke filled bus. I still remember that like it was yesterday. I was 15.”

The Plymouth had a permanent home: “It was kept in the driveway for a couple months, and then put in storage for the winter at a local fairground building. I drove the car to high school some days, more when I got older. Not long after I got it my sister said I could have her half.” 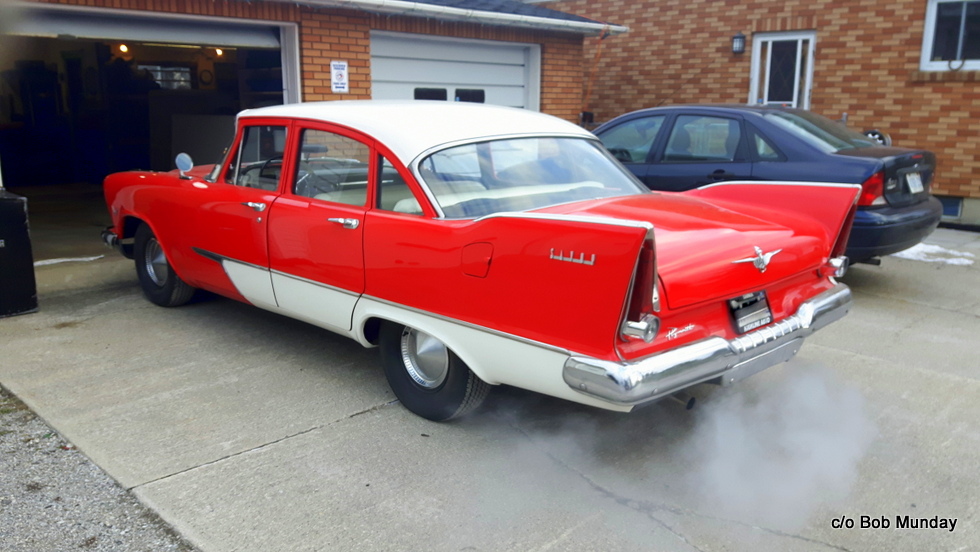 Bob had immediate star status: “The car was nicknamed..the Batmobile because of the tail fins. People still to this day ask if I still have …the Batmobile.  I reply yup still do.”

There were family rules with the PIymouth: “I went to college after high school in London, ON but wasn’t allowed to take it so that sucked. My second year of college I was allowed to take it for week one then after that it was stored in our driveway or the winter.”

Eventually there was a game plan: “I took the car to a buddy’s parent’s store, over Christmas break (1984?), that had a shop in the back, and took the front end off the car, and that was how the car stayed until 2002. It didn’t stay there after the following summer and was moved from various places over the years (towed). The engine was rebuilt in 1990 but the bottom end from a ‘64 Fury 318 had to be used because parts availability and cost made me go that way. The engine was dropped in but never ran. I made sure over the years that the cylinders got oiled and rolled over to keep it from seizing.” 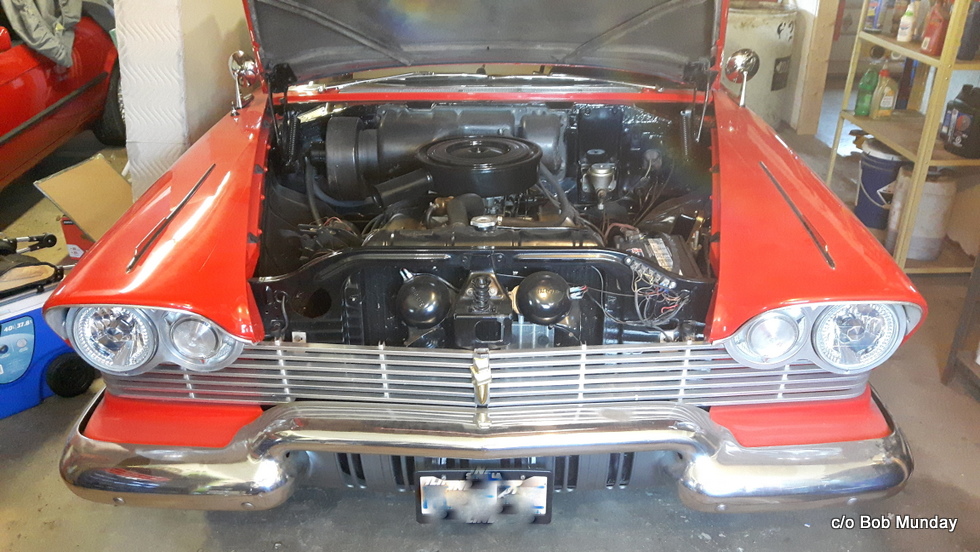 Cosmetics came next: “The car was taken to a body shop in 2002 and stripped and restored and reassembled. I got it back about a year and 10 grand later. Nice job but shocked at the price considering I supplied all of the materials except the white paint. The car then went into the showroom of my repair shop and didn’t move until 2011.”

Time flew by: “I decided that it was long enough. I completed the electrical over 3 months of slow business and put the car back in the showroom. It sat there till the next Christmas break, and I brought it back into my bay and decided the car isn’t moving out of that bay until it was done. All I have to do was get the interior back in, replace all the weather stripping, window channel runs, and get the trans in so I could start it (has never been started). I ended up putting the 727 trans in it from the ‘64 that I had saved. After some serious fab work, it worked pretty good. The car went to Moparfest that summer,  and I put about 1000 miles on it.”

Bob had more mods in mind: “The car didn’t move much until this winter when I put a A518 overdrive trans in it from a 1992ish Dodge pickup. All I had to do was have the driveshaft shortened, and put a pressure switch kit on it to activate the overdrive and lock up. It’s now quite a pleasure to drive.” 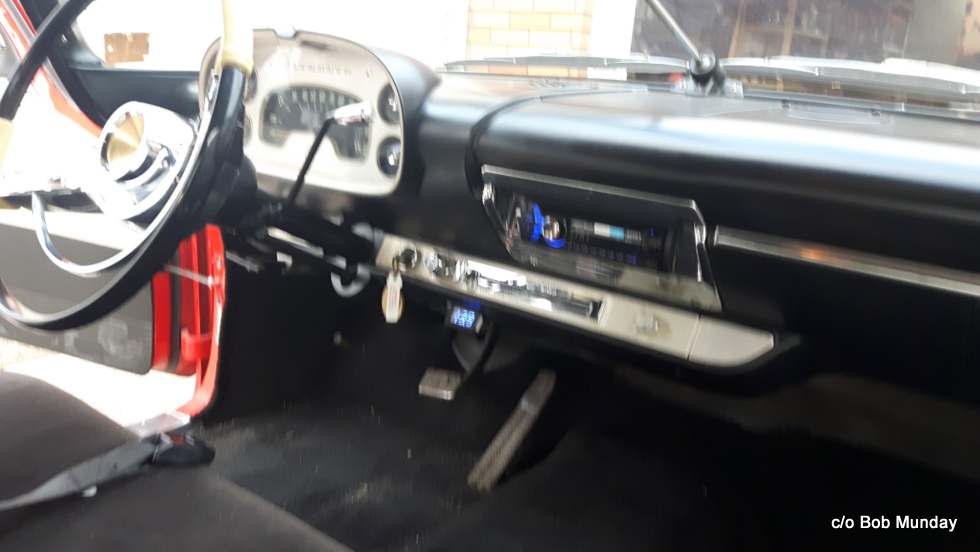 The Plymouth was generally in solid shape: “The car still has the original steel brake and fuel lines, radiator, water pump, generator . The only rust work that was done was the rocker panels and fenders that were replaced (2 small patches on floor about 3 inches in diameter). All chrome and most of the stainless trim is original—lack of salt use in Alberta helped).”

The Plymouth has a few miles on it—many from the 1st trip and most of them trouble-free: “The drive from Alberta technically is the longest drive it was on (never had one problem).  The trip to Moparfest  was about 200 miles round trip. I lost the generator on the way there (brushes gone) drove on battery with no problem as I couldn’t find anyone at the flea market with anything for that kind of car.” 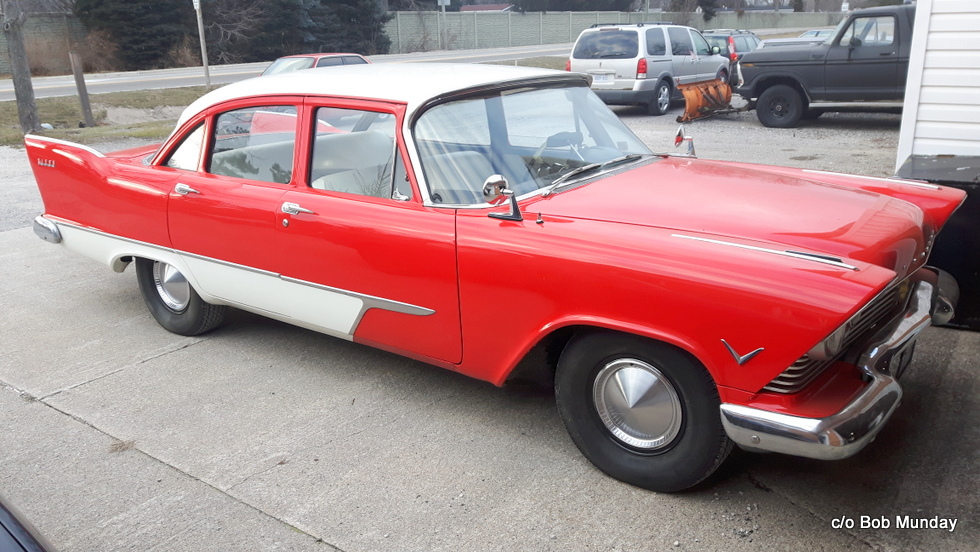 Bob made one final personal comment on his grandparent’s legacy car: “The color change was inspired after I saw the movie Christine…like most  ’57-‘58 Fury/ Savoy owners.”