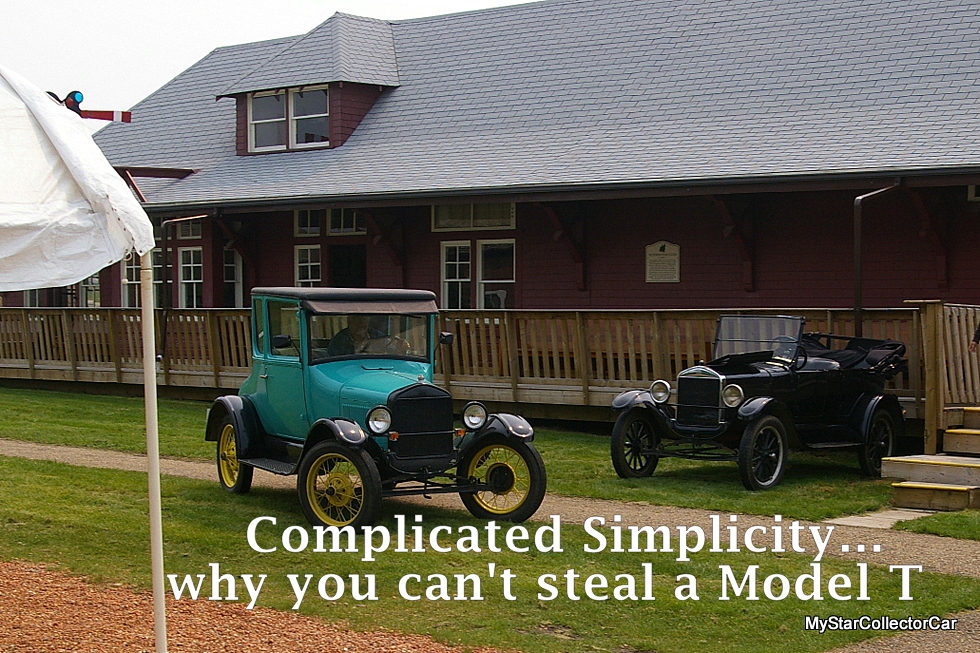 The Model T is one of the most famous cars ever produced in the history of the internal combustion engine applied to four-wheeled transportation.

Henry Ford was a game-changer when he designed and built Model Ts with a new concept called mass production that manufactured affordable cars. 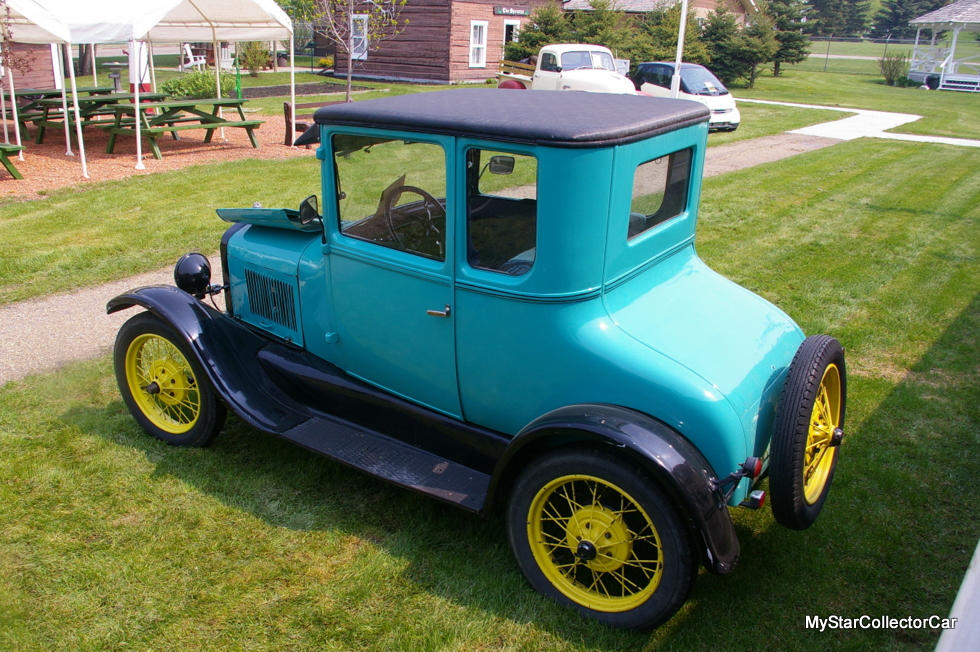 ‘The Model T ensured the ultimate success of the new-fangled horseless carriage and meant the days of Old Paint as the one horsepower engine hitched to a buggy were numbered in the early 20th century.’

One of the characteristics of early Model Ts was an oxymoronic contradiction: complicated simplicity. A Model T had a very basic and primitive engine that was an early example of the internal combustion concept. In fact, most features of an early Model T were examples of the early approach to automobiles and also followed the complicated simplicity of early affordable 20th century cars. 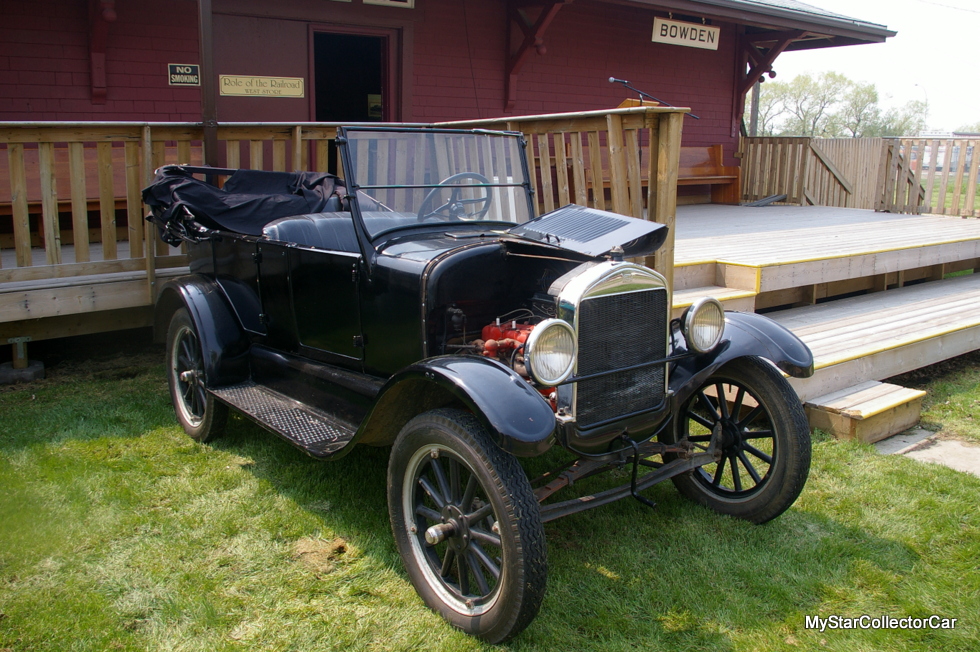 The humble Model T would be more than a match for any lowlife 21st century car thief because most of these evil clowns would be hard-pressed to start and operate these vehicles. For starters, there is no actual starter on an early Model T in that one step concept made popular in modern cars. 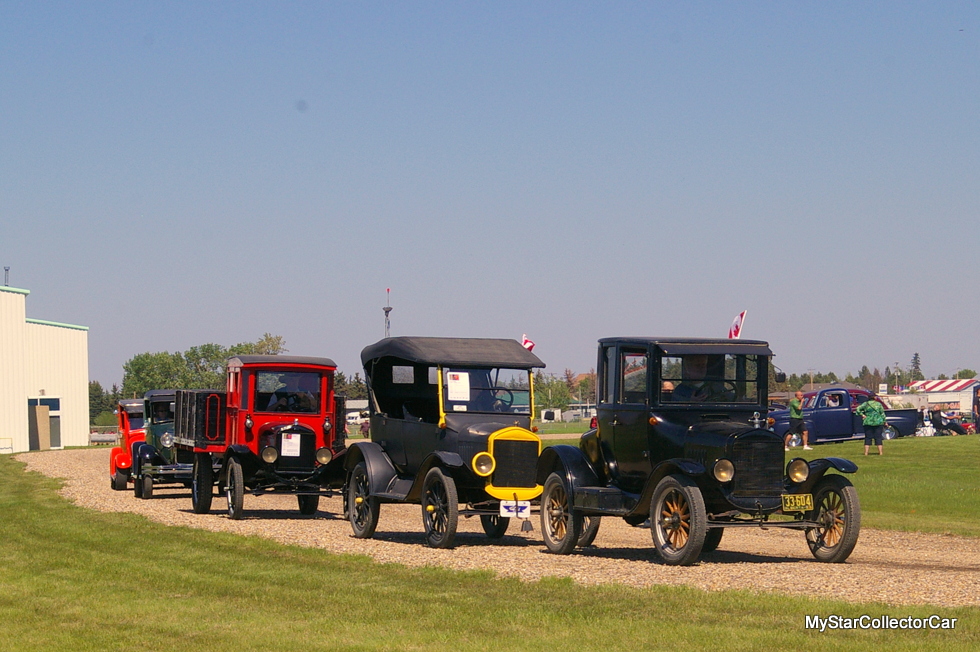 An early Model T had a hand crank that was inserted in through the front of the car into the engine. One of the bonus features of a hand crank is the ability to break arms when the engine backfires and kicks back during the starting process. Most advice in this department suggests using a left arm to crank start a Model T to lessen the kick-back risk and it would seem doubtful that modern car thieves would be aware of this basic safety technique. 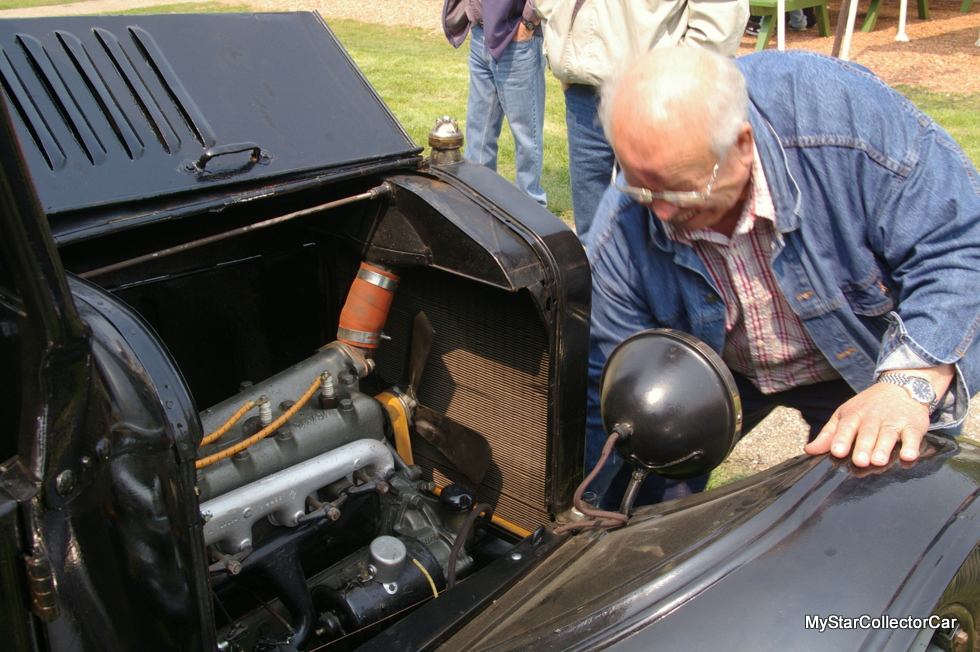 There are a few other variables when it comes to starting a Model T. A lot of people in the 21st century would be completely unfamiliar with a manual choke-let alone a manual lever that primes the engine with gas in a T. Both features are requirements before the T gets hand-cranked into firing, but they are not the final pieces of the starting puzzle when it comes to a Model T. 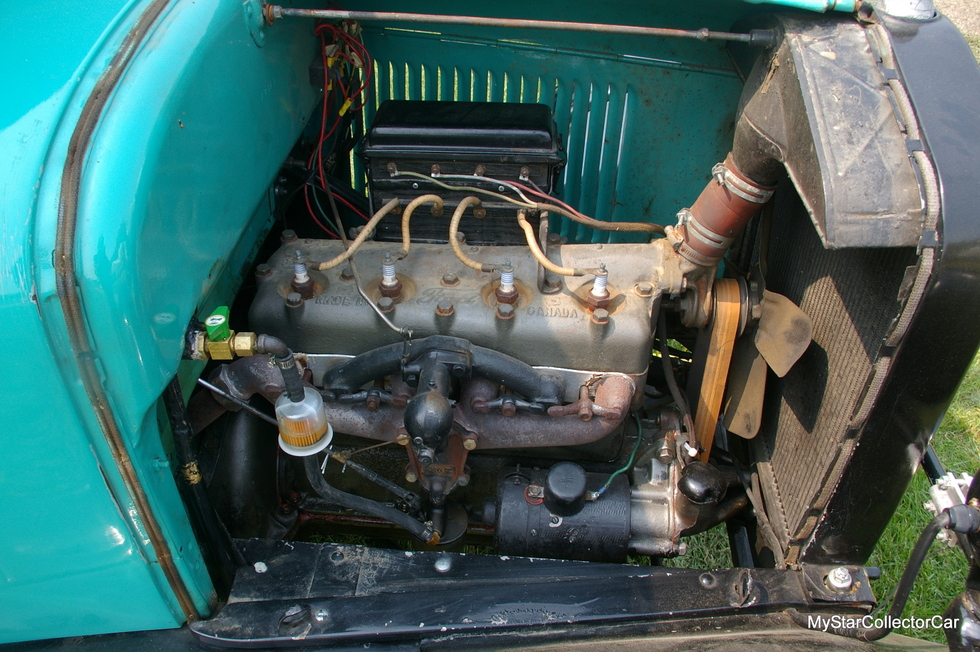 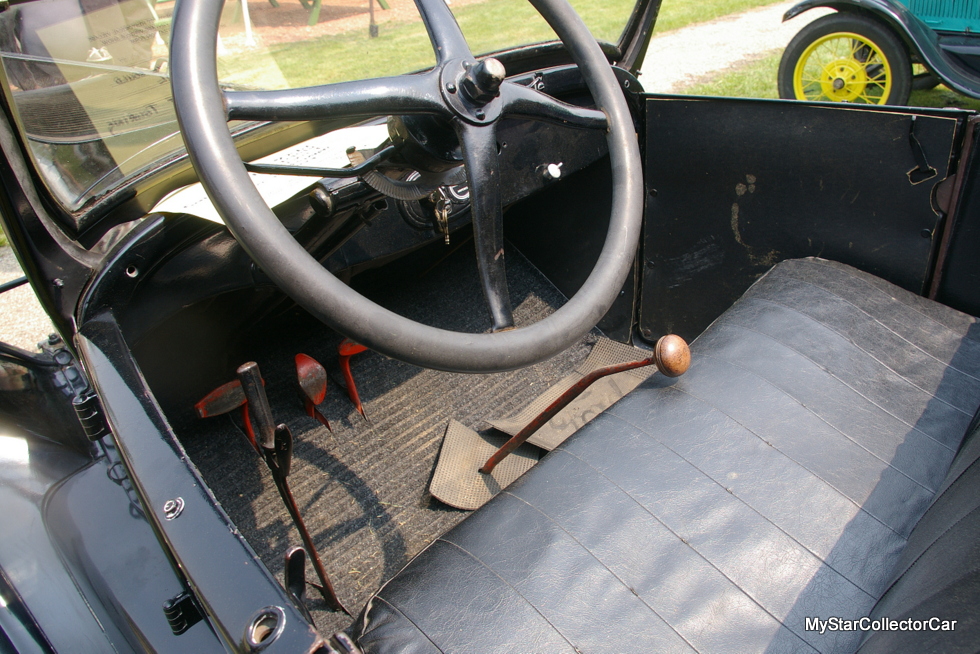 A proper pull on the hand brake will position the Model T in a neutral position and lessen the chances of getting run over by the car when the car is hand-cranked and successfully fires up after all the earlier steps are completed by the cranker. 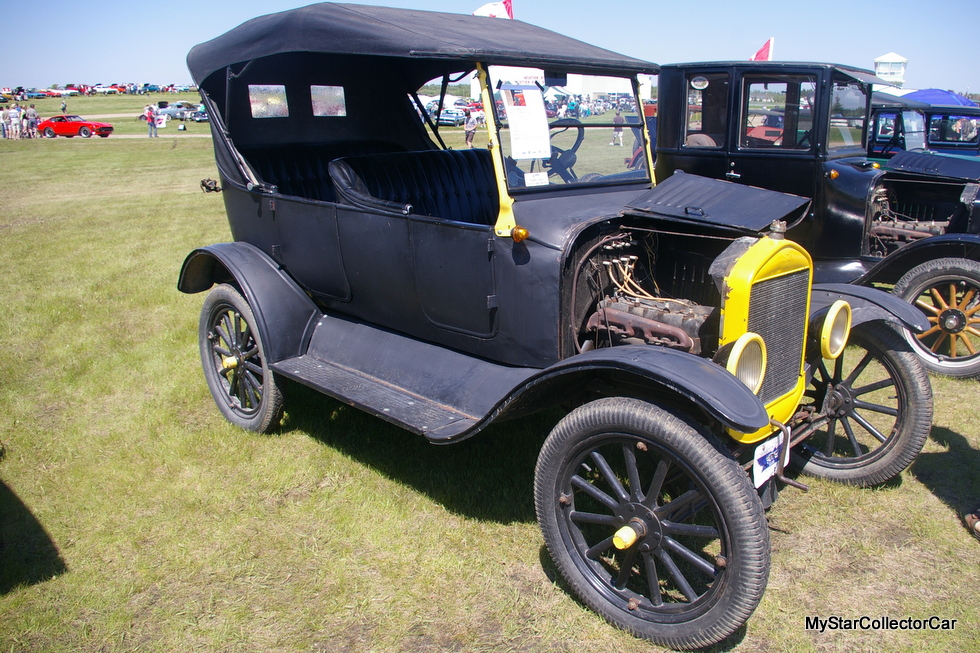 Let’s assume a would-be 21st century lowlife has managed to fire up a T without breaking his arm or getting run over by Henry Ford’s favorite car. The thief still has to figure out how to drive the car after he gets it started and that is more complicated than most Facebook statuses. 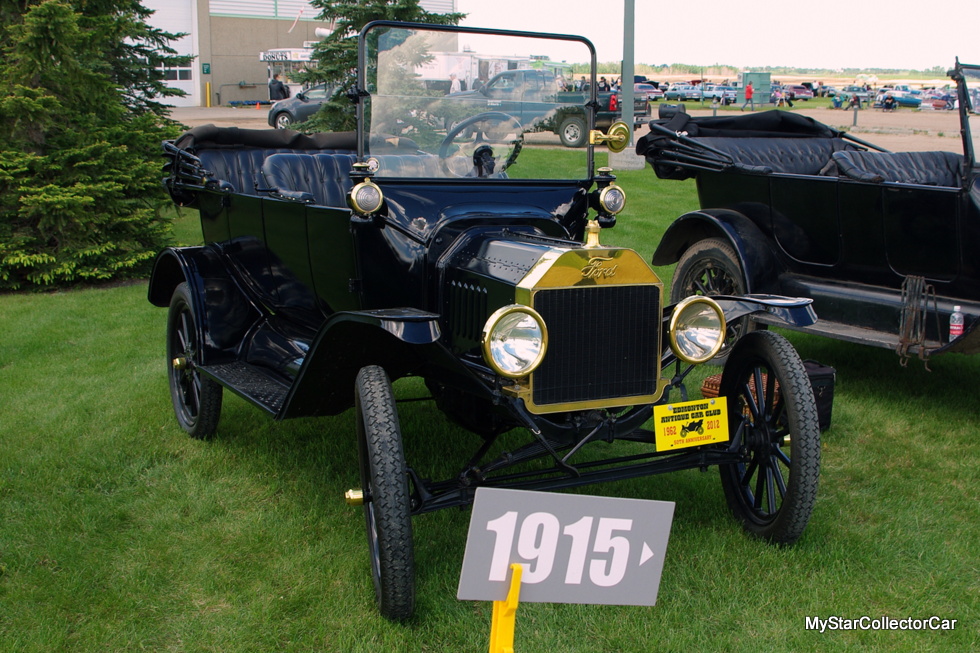 There are three foot pedals on the floor in front of a Model T driver. One is a brake pedal on the right side of the floor where most people hit the gas in a car. The smaller foot pedal in the middle is a reverse shifter and the left pedal will shift from low gear right to the floor, neutral in the middle, to high gear at the top of the pedal. 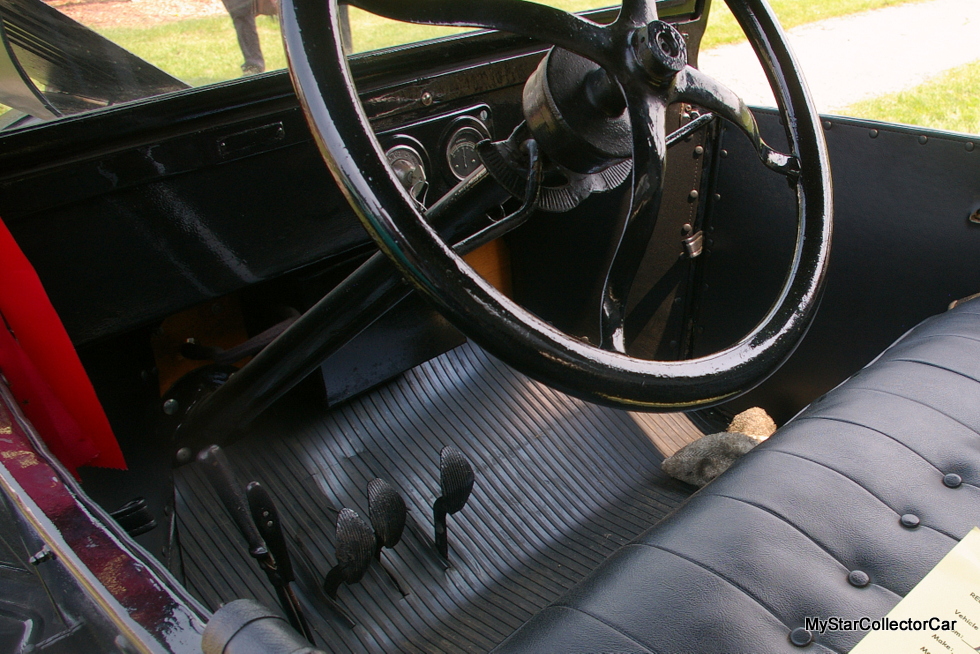 ‘The fancy footwork required to run a Model T and the hand levers for timing and acceleration in a T make this car a long shot for car thieves because they are neither smart or ambitious enough to target a car that is complicated simplicity at its finest.’

MSCC JANUARY 28 FIVE FOR FRIDAY: FIVE OF THE COOLEST CHEVYS...