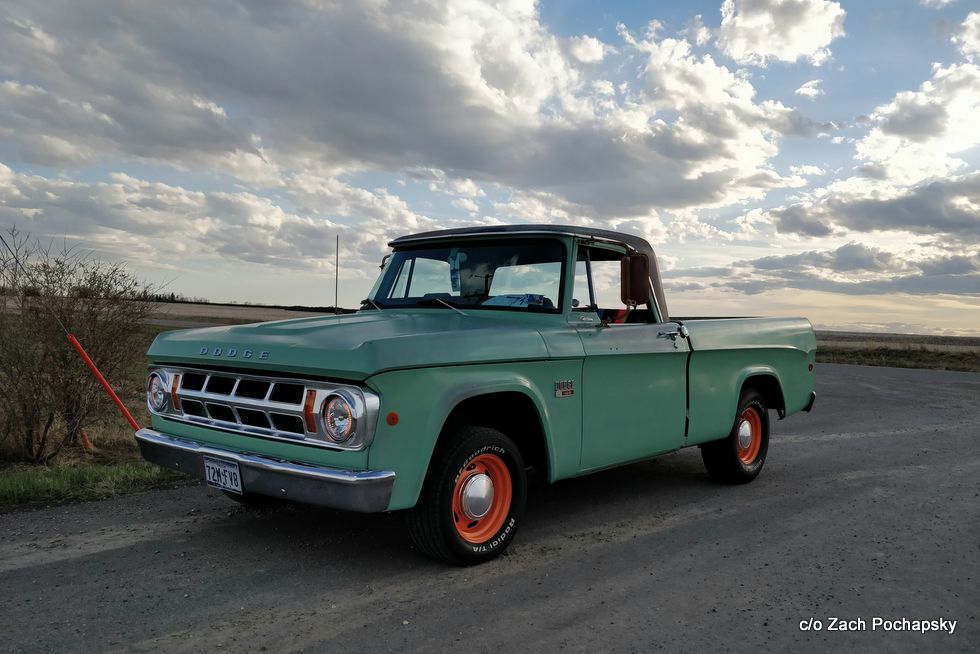 The famous Dodge Sweptline pickup truck debuted in 1961 and was built until 1971 under the Chrysler banner.

The Sweptline name refers to the straight-sided lines on the pickup, although the step-sided versions were known as Utilines.

The Sweptlines were built for hard work and even had leaf springs on the front end of the trucks to handle the tough stuff. Their distinctive style was a fundamental part of the Dodge truck philosophy from the early 1960s until the early 1970s. 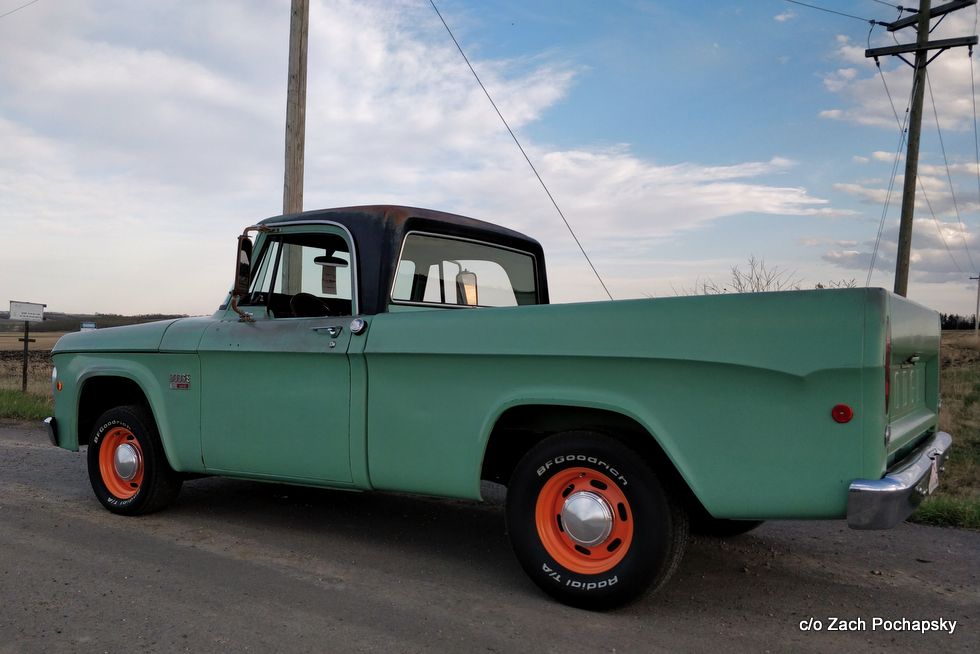 Zack Pochapsky is a young car guy who was born long after the last Sweptline left the factory in 1971, but he was a fan of retro Mopars and comes from a mechanically-inclined family who share the same vision and have built their own legacy in vintage Mopar vehicles.

Zack owes most of his car guy interests to his dad; a man with a long history of unique Mopar builds over the years. Zack was working in Texas when he happened to spot his 1969 Dodge D-100 pickup in the Abilene area.

The truck was “bone stock” in Zack’s words and he bought the truck on the spot. Zack was due to return to his western Canadian home and decided to trailer the truck back to Canada.

The Texas heat protected the D-100 from the ravages of rust, but the hot weather destroyed most of the rubber in the truck. Zack had to replace the window seals and even the body mounts because of the wholesale damage to them. 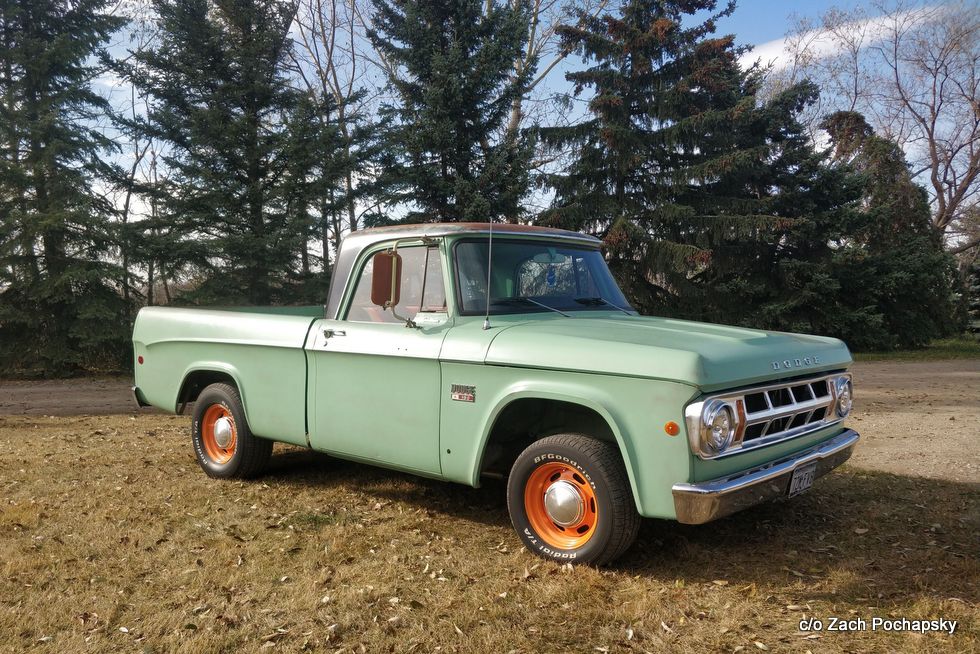 The original engine in the truck was also replaced once Zack got into the project. He chose to use a 1976 Dodge 360 for the swap and mated it up to an automatic transmission in his pickup. 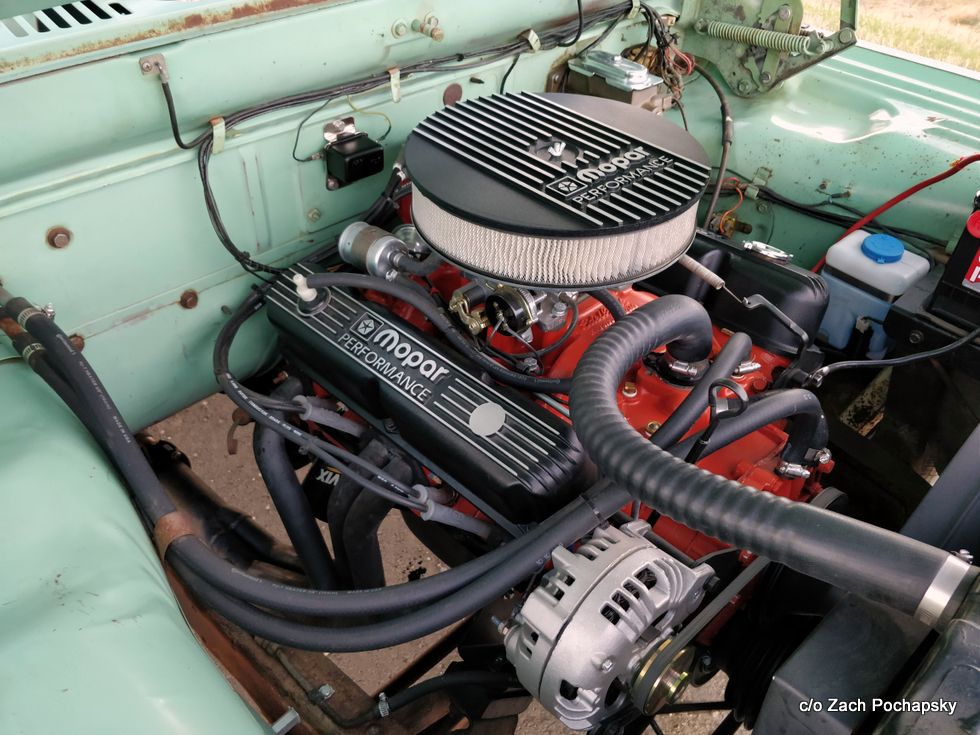 Zack has chosen to retain the original paint on the fifty-year-old truck because its entire story is evident in the finish. However, he added a custom rear bumper from the front end of a mid-to-late 1970s Ford Econoline to his truck. 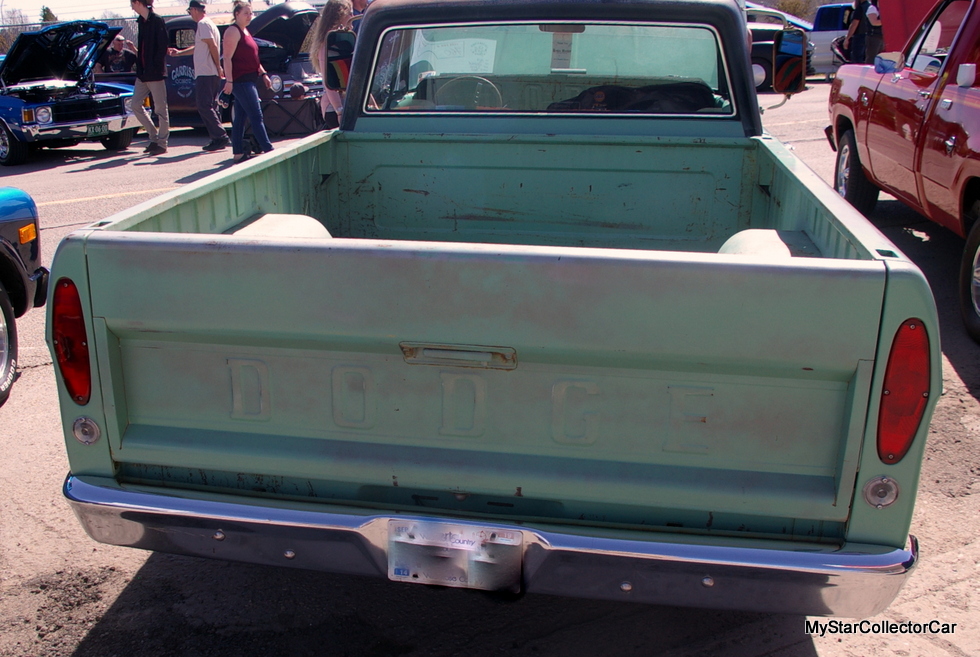 The bumper had to be mildly modified to fit the truck-but the bumper looks like it left the Chrysler factory on the back end of the ’69 Dodge D-100.

The most important factor for Zack was the mechanical soundness of his truck. He wanted to ensure that his ’69 Dodge pickup was refurbished to a highly safe and reliable standard. 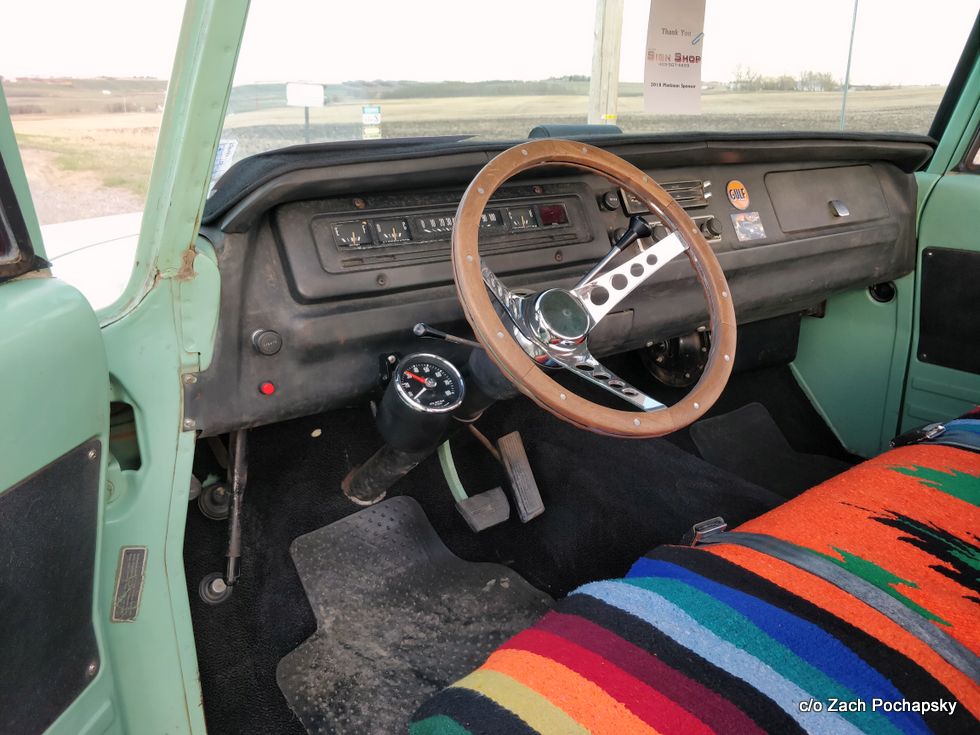 A 1969 Dodge D-100 ½ ton is an unusual guest at any car show in 2019. Few of them survived the rough conditions that meant they were typically worked to death and crushed after the trucks were used up on a job site. 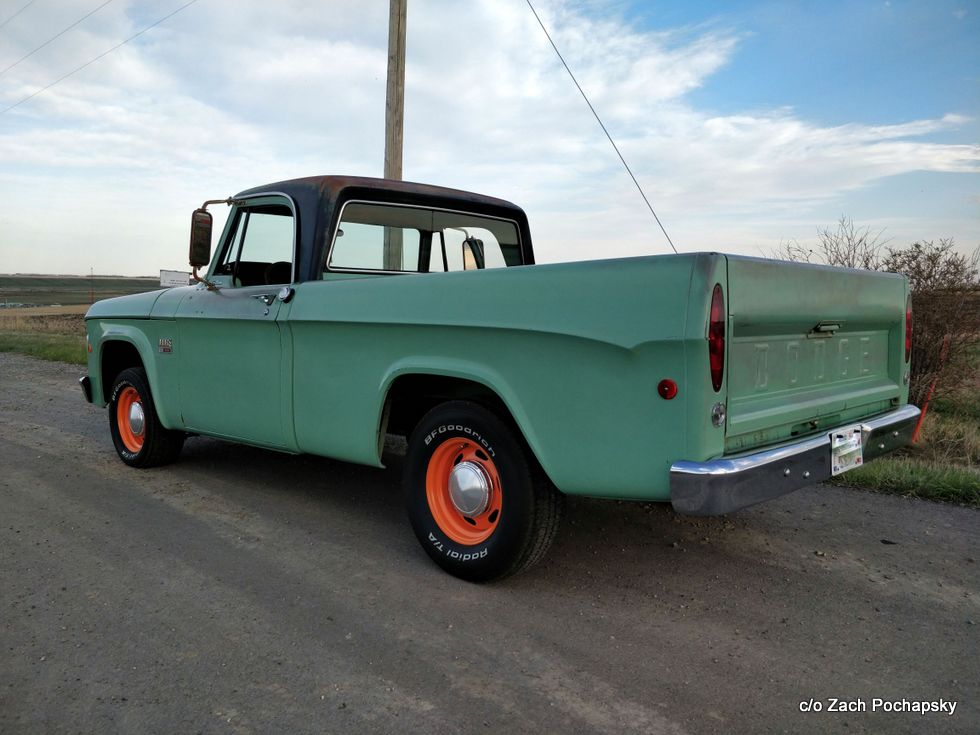 Zack’s truck garnered plenty of attention at a car show for this very reason because few of the onlookers have likely even seen a truck that just celebrated its 50th birthday. 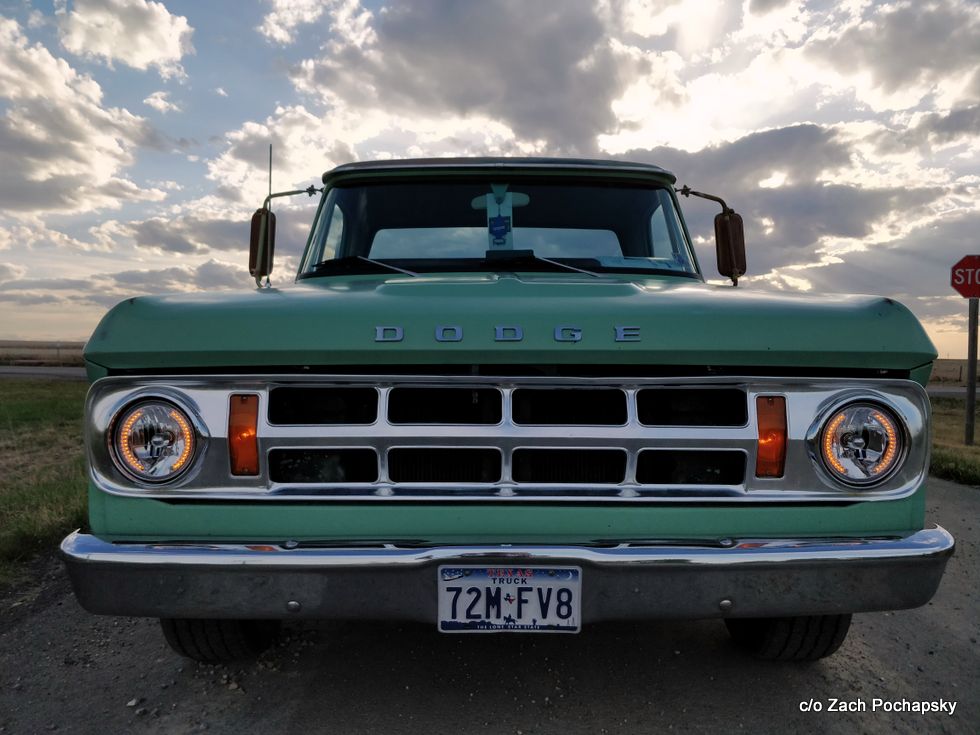 Good thing Zack is well aware of the cool factor produced by his 1969 Dodge D-100 truck every time he hits the road in it. It’s like driving  a 50-year-old rock star.