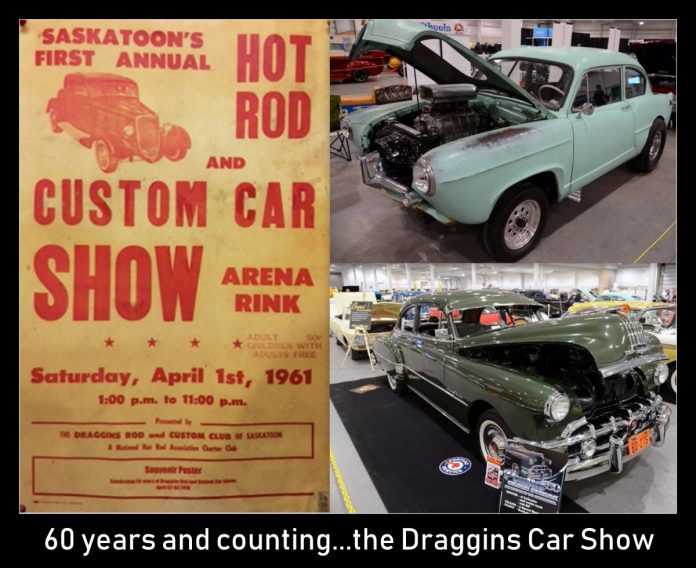 The Draggins Car Club held their first club meeting on October 3rd 1957 in Saskatoon, SK, Canada and since then they’ve grown into a major force in the Canadian car culture – they were inducted into the Canadian Street Rod Hall of Fame in October, 2019.

The club is focused on the community so they’ve supported numerous charities over the years but their main charity is Camp Easter Seal.

Their Rod and Custom show is well-organized and professional so over the years the Draggins Car Club earned a reputation in Saskatoon as one of the major events of the year in the city.

Charles Renny is the automotive journalist for the club so he was the perfect source of information for the story behind the automotive guest of honor at the 60th anniversary Draggins Rod and Custom show.

“This year, on Easter Weekend (April 10th and 11th), get up off the couch and come to the 60th Annual Draggins Rod and Custom Car Show. Featured this year is a 1970 Road Runner that is pretty much the rarest Road Runner on the Planet!“

“Current owner Tracy Kurtzinger, from Dana Sk. had heard rumors about a 1970 Hemi, convertible Road Runner in Canada for years. Depending on the source there were either three or four Hemi Road Runner convertibles made in 1970. Only one was destined for Canada! One day he decided to track it down. The rest is real Canadian Barn Find History. In 2016 Kurtzinger found and purchased the car.  Kurtzinger also traced the car’s history. A history that he did not really expect. A history of owners who believed the car should stay in Canada regardless of price. “

“Under Kurtzinger’s eagle eye the car was restored, using as much and as many of the original parts as possible. When the car was entered in the Chicago Muscle Car and Corvette Nationals, Kurtzinger left with a series of “Best” trophies and a 997( out of 1000) point Concours rating. Not bad for a Prairie Boy working in his shop with the help of a few friends.“

“Kurtzinger now intends to display the car locally at Auto shows in Saskatchewan. The Draggins Car Club, inducted into the Canadian Hot Rod Hall of Fame, has been a supporter of local Hot Rodders and car enthusiasts by constantly updating the show and often showcasing local vehicles that are popular.

The Draggins have given back to the community in many ways; their prime activity is helping to fund the Saskatchewan Abilities Council with the proceeds of the show and other activities.”

“In addition to Kurtzinger, there will be more than 200 other storytellers, all willing to tell you the history of their pride and joy!”“

This is a great way to kick off the Canadian car show season because this is a first class car show run by a first class car club that’s become an institution in the car hobby. The Draggins Car Club is justifiably proud of their show so here are some solid examples from past shows.

Follow this link for more information on the 2020 Draggins Car Club Rod and Custom Show.