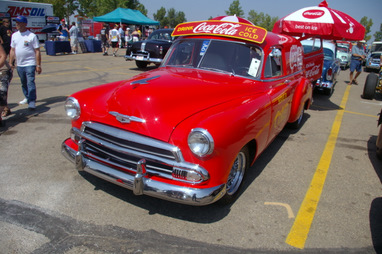 Because this is the holiday season, the link to Coca Cola is clear-most historians point to the Atlanta based company as the inventor of the modern day Santa Claus.

‘Their early 20th century Santa Claus set the bar for the jolly old elf’s look-the same Santa you see at every mall in every town in North America.’

Alf Truant has been a Coca Cola distributor for his whole life and this ’52 Chevy was a big part of his business almost 60 years ago.

Consequently, when he had the opportunity to resurrect his old business partner, Alf didn’t hesitate.

Alf is in a state of “retired, but not really retired” from work and he’s a huge collector of Coke memorabilia from the past. This car clearly fit the bill. He’d sold the Chevy to one of his salesman after it retired from delivery service but he’d always had some regrets.

The Chevrolet was a reliable working vehicle but in the off hours, it was an early version of a party wagon.

Occasionally, Alf and his buddies would get a rolling cocktail lounge going in the back of the spacious old sedan delivery while his wife Phyllis took on the role of the designated driver. 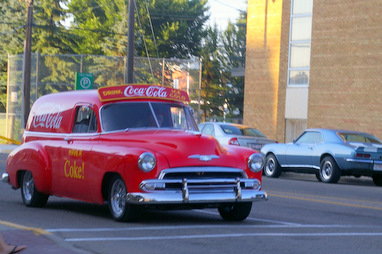 The Truants were still in ‘young and spontaneous’ mode back in the 50s so this car represented a  great deal more than an old work van-it’s a piece of their past.

That why Alf went into full-blooded “car guy mode” with the approval of his wife and saved his old friend. That wasn’t a simple task because this car was miled out by the sales guy and then left to rot in the hands of some owners who clearly didn’t care about basic storage. It had holes in the floor big enough for a St. Bernard to fall through and the most logical answer would have been to buy a restored car and save the heartache. 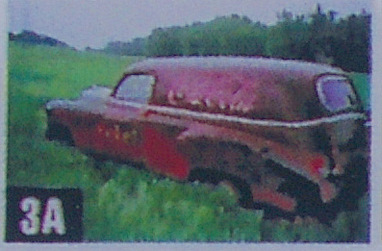 But that wouldn’t have been THE car. Every car guy on the planet gets it-there’s only one car from your past that is THE car so… Alf saved this ’52 Chev from a bleak future as a crumbling pile of rust in the tall grass.

It’s upgraded to modern standards-Alf’s over 80 now, he is past the age where a car adventure is fun, so now it’s 350 Chevy-powered with a Mustang II front end and disc brakes but it’s still THE car. The one from the Truant family biography.

Alf and Phyllis are really enjoying the Pontiac after a 50-year hiatus and they still socialize in the old classic but now Alf will offer you a bottle of Coke instead of a beer.

But the fun is still there. 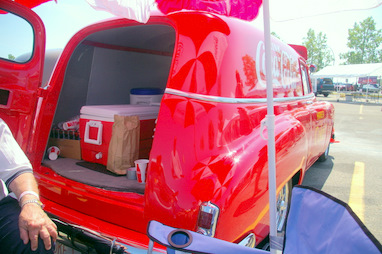 The Truants are great people to visit at a car show-ice cold Cokes in the cooler, great lawn chairs and classic Rat Pack with Dino, Sammy and Frank on the stereo.

‘They still know how to entertain with their semi-retired friend.’