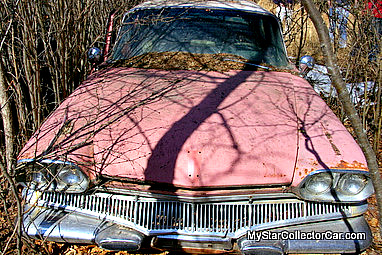 ‘At mystarcollectorcar we’re not always going to feature cars with new paint, new chrome, rebuilt motors and brand new leases on life-even if the car is a Phoenix.’

This Phoenix will likely never rise and see a city street again.

What’s important is that in 1960 a young farmer named Vern Northey decided that he needed a brand new car to transport his large baby-boomer era family on numerous family related excursions. He came from Chrysler-oriented lineage so this pink and white Dodge 4 door sedan became the new star of the family. 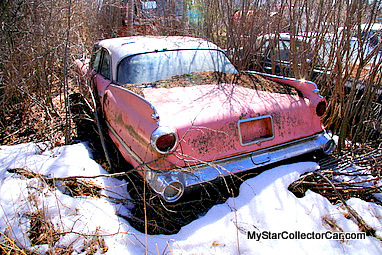 Vern was a practical guy as a full time farmer and electrician so the car is pretty basic but it did come with a V-8 , pushbutton automatic, bumper guards, radio-just enough to ramp up the option list. The Phoenix took the family on many solid vacations and this is where Vern displayed logical genius because trips with the full complement of Northey kids required 2 cars. 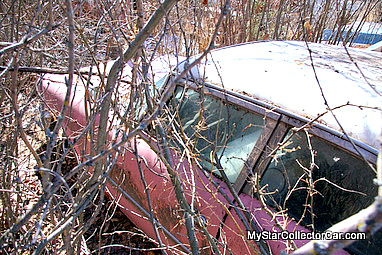 The Northey family had a deep roster of rambunctious boys so‚ instead of one 9 passenger station wagon with sound levels approaching a jet engine at takeoff he split the big team into 2 smaller ones and cut the noise and confusion by 50%. 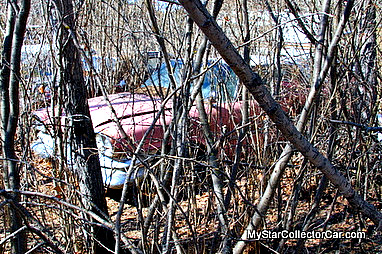 Large families are run like a military operation where transportation is the key-this pink Dodge performed flawlessly through years of family special-ops in every season. Things like dentist’s appointments in January, football in September and kid emergencies 24-7, 365 days of the year. Some of the older kids learned to drive in it and every one of them rode in it. 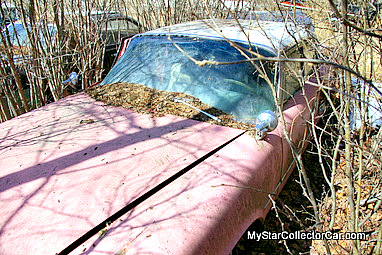 Eventually the “Pink Pig”, as the kids called it, ended up in the hands of Doug, the second oldest in the family. In the early 70s Doug drove it to high school until it was blowing out more smoke than a California wildfire and the Phoenix finally hit retirement age. 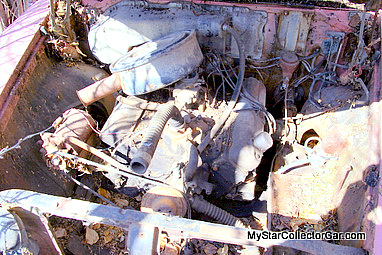 Most farmers knew about recycling long before trendy celebrities turned it into an industry so the farm is a place where nothing is thrown out. Things like Dodge Phoenixes are saved for the day that it might be needed-that day rarely, if ever comes so happily enough the family legacy is resting comfortably on the same farm where it began a career as a simple, practical family taxi.

It’s enough that they’re still around and still part of the family.