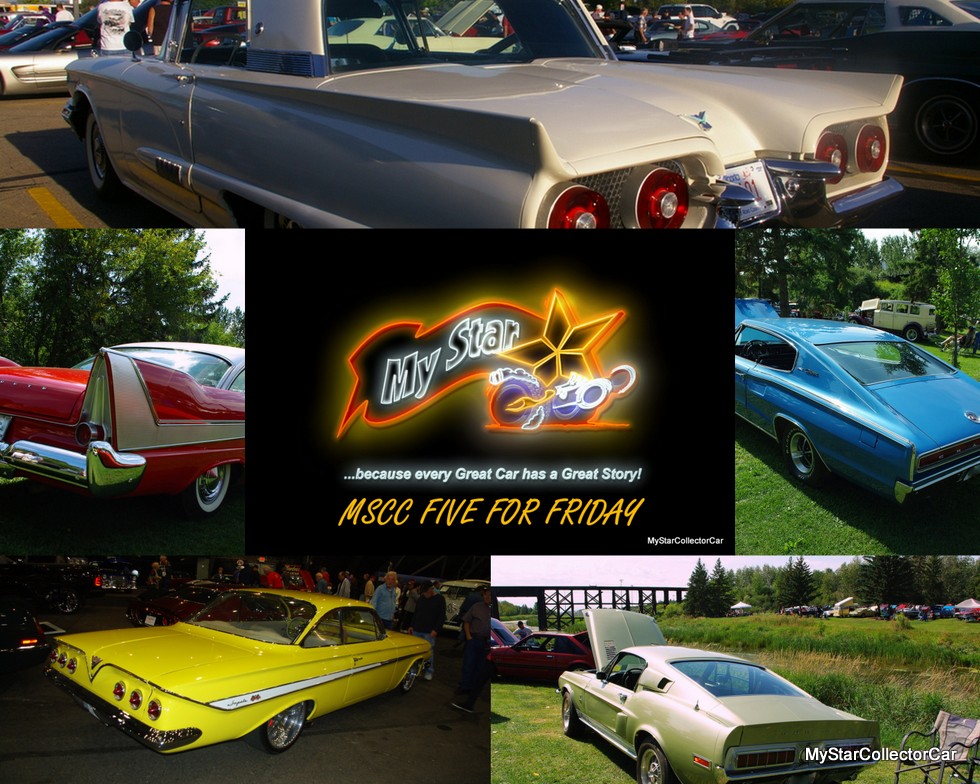 There will always be a debate about what was the coolest car ever built because there are an infinite number of choices.

Some guys may see the Hyundai Elantra as the peak of automotive style—that’s the beauty of a free society but most guys dig a little deeper for what they consider cool factor.

This MSCC Five for Friday is a little more on the nose because it’s all about five underrated classic car taillights.

The first one is a Mustang—on the surface this looks like a fairly tame pick because ‘stangs are pretty common but this is a specific pony. 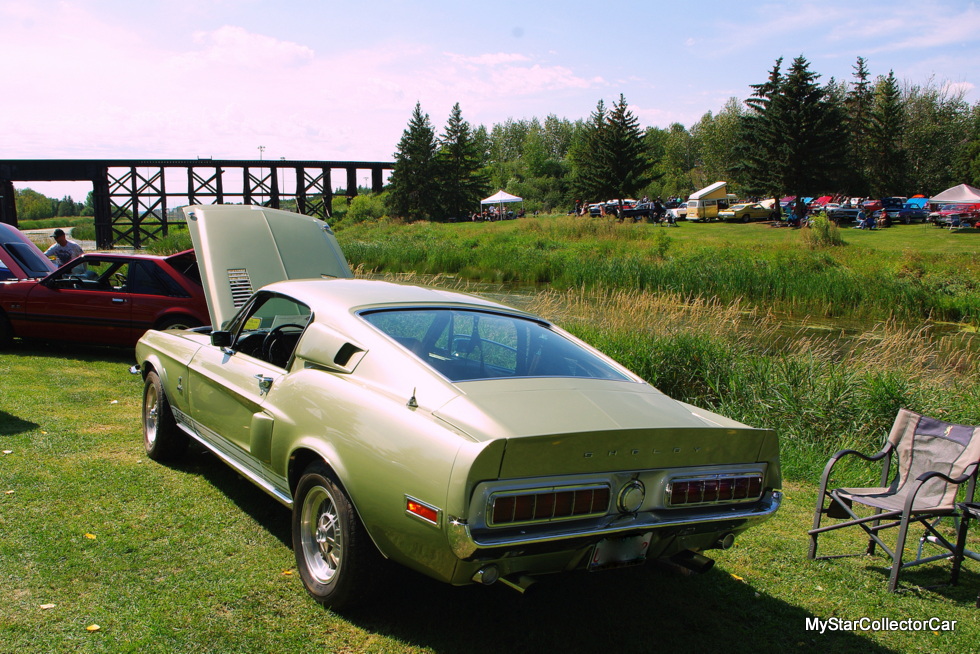 It’s a ’68 Mustang Shelby GT 350 and those aren’t stock taillights. They’re from a ’65 Thunderbird and they absolutely seal the deal on this nasty little Mustang.

The second set of lights comes from a ’58 Plymouth. The lights are fairly sedate but those fins make them look like the top of a Christmas tree. 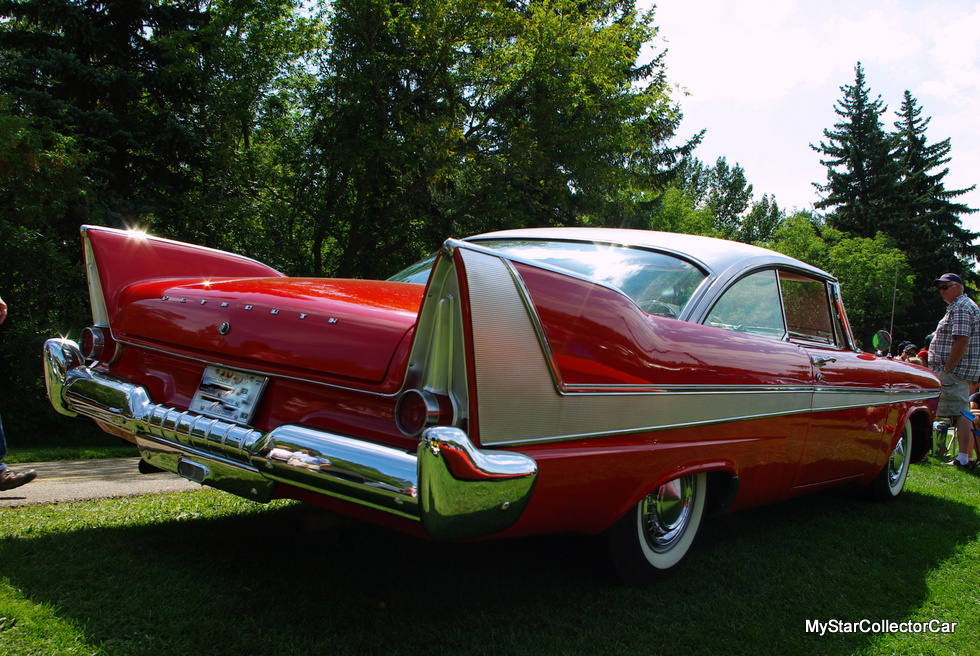 Those taillights on those fins tell you everything you need to know about cool factor in the late 50s.

The third one is easy because Chevy Impalas need no introduction—Impalas are part of the American fabric so it’s a tough call to define the most classic set of Impala taillights. 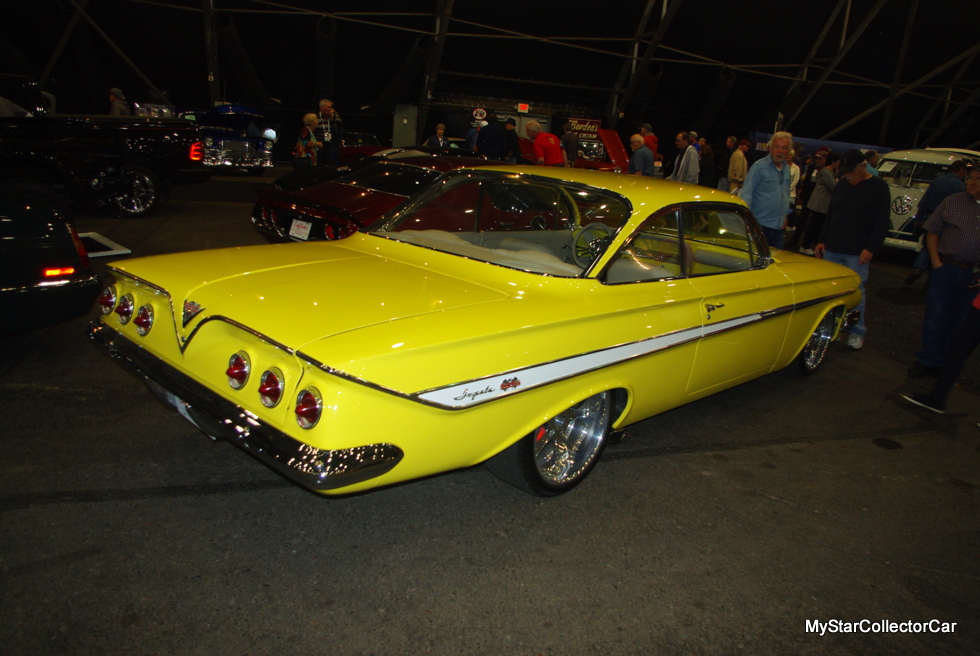 Nevertheless, you can’t go wrong with the ’61 Impala because it’s a clean, functional, all business look.

The fourth one is less predictable because  the 1st Generation Dodge Charger never got the love that the next generation received from the public. 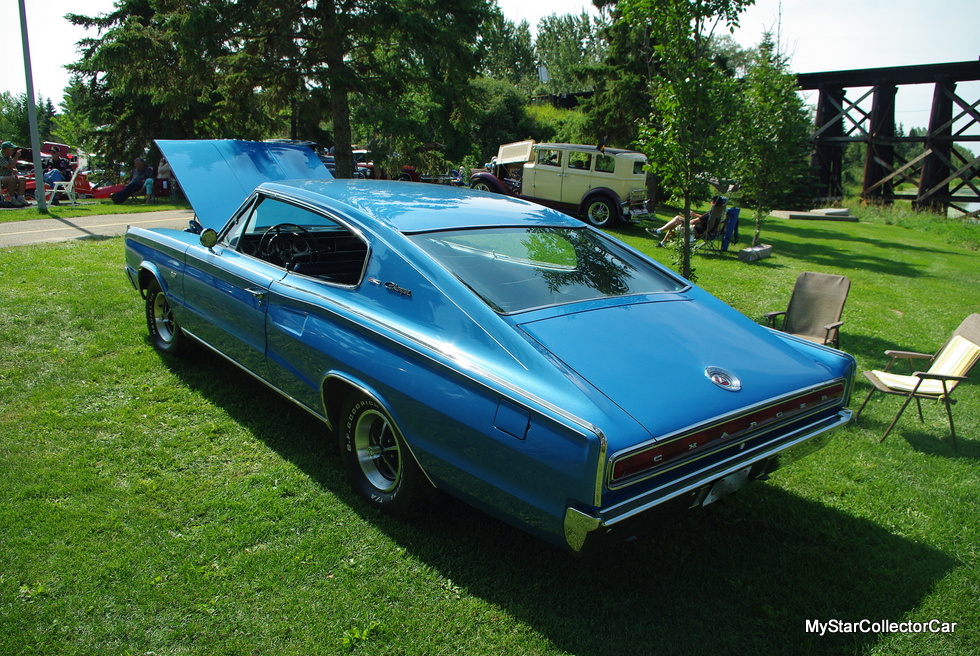 One of the reasons is the ’68 Charger set a pretty high bar but the ’66-67 Chargers won handily in the taillight contest. If you don’t believe that then follow a 1st Gen Charger at night—you’ll be convinced. 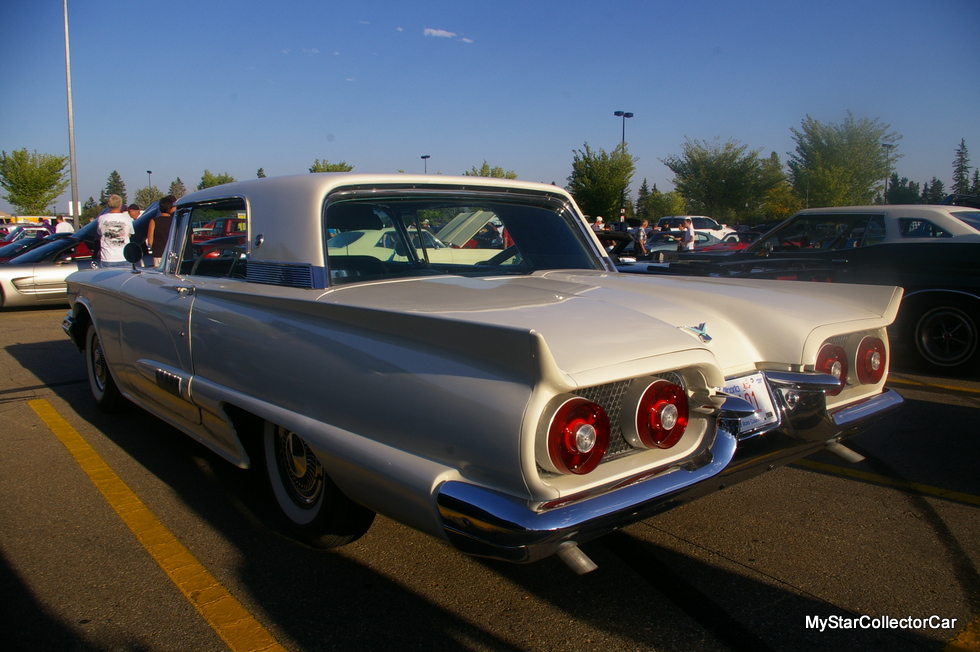 That doesn’t matter in taillight world because the ’58 is definitely the winner in the taillight department.

It’s all because of underrated cool factor.

MSCC OCTOBER 30 FIVE FOR FRIDAY: WHERE HAVE I HEARD THAT NAME BEFORE? FIVE RECYCLED CAR LABELS

OCTOBER 23 FIVE FOR FRIDAY: FIVE ENGINES THAT ARE FAR COOLER THAN A TESLA ELECTRIC MOTOR

MSCC OCTOBER 16 FIVE FOR FRIDAY: JENNY (867 5309) WAS A TESTOSTERONE-FUELED SONG… BUT THESE WERE FIVE FAMOUS GASOLINE-FUELED CAR NAMES AND NUMBERS FROM...