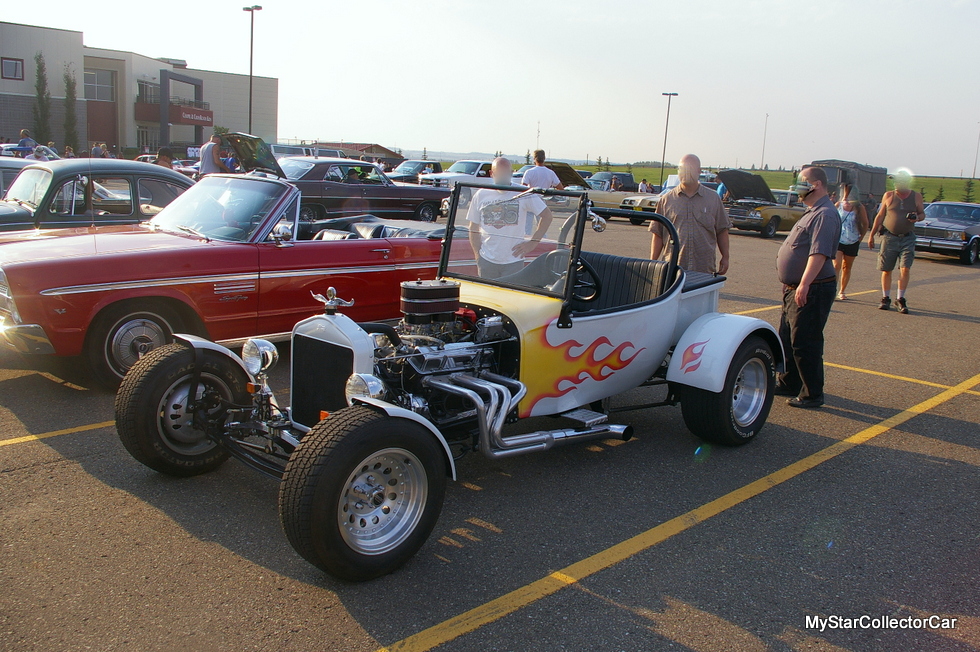 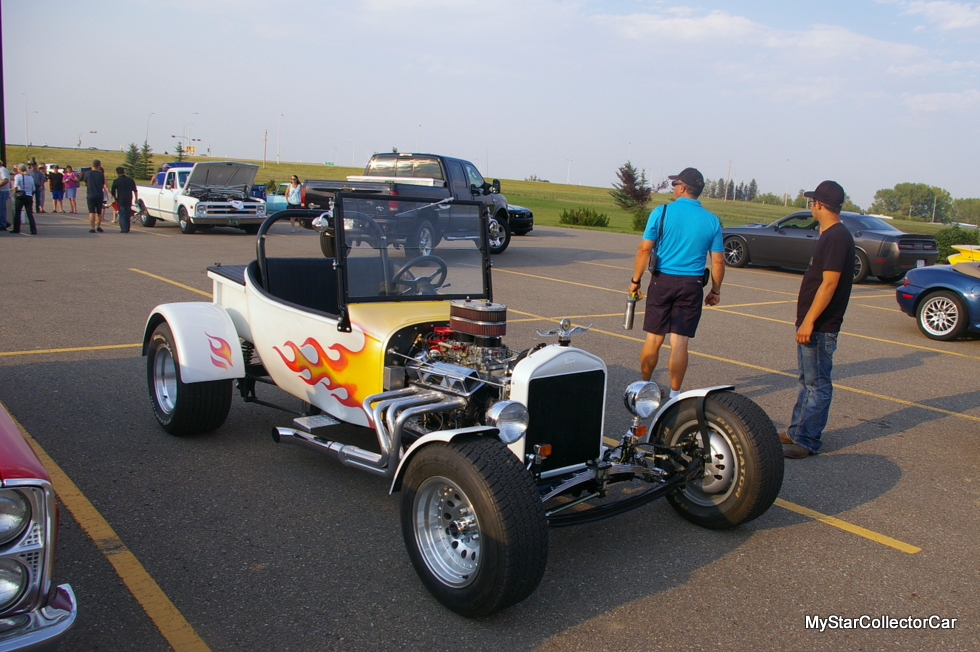 The T-bucket (aka Bucket T) is one of the most popular hot rods ever built in the car hobby.

‘The early roots of the T-bucket custom rod can be found long before WW II in the 20s and 30s when car guys found a way to make Model Ts go faster with a better power to weight ratio.’

The earliest hot-rodders stripped away as much weight as possible by removing any non-essential parts on their Model Ts. 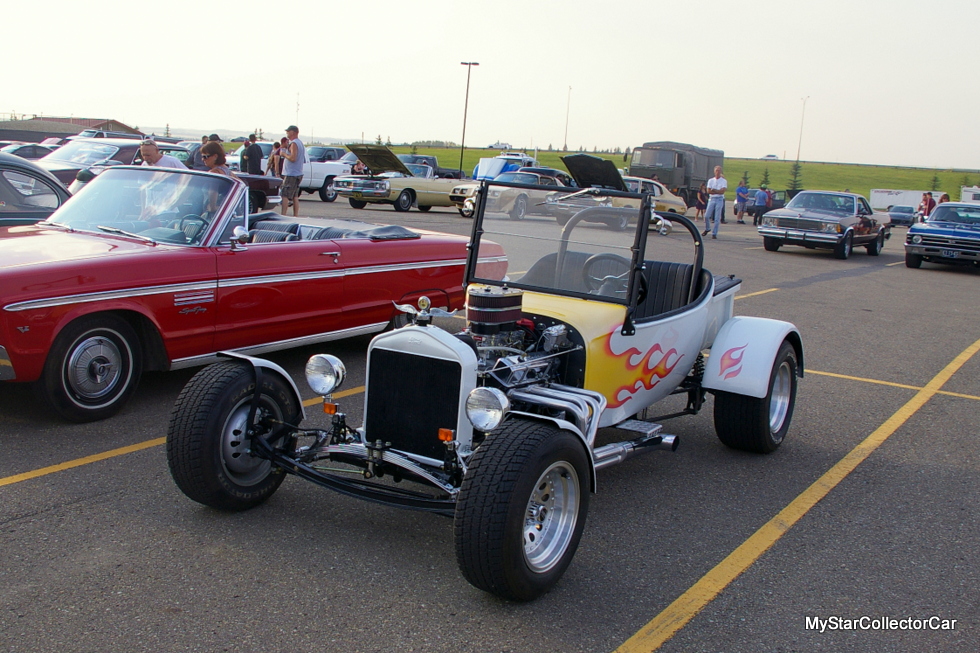 They also coaxed as much horsepower as possible out of the reliable little Ford four-banger found in the Ts. 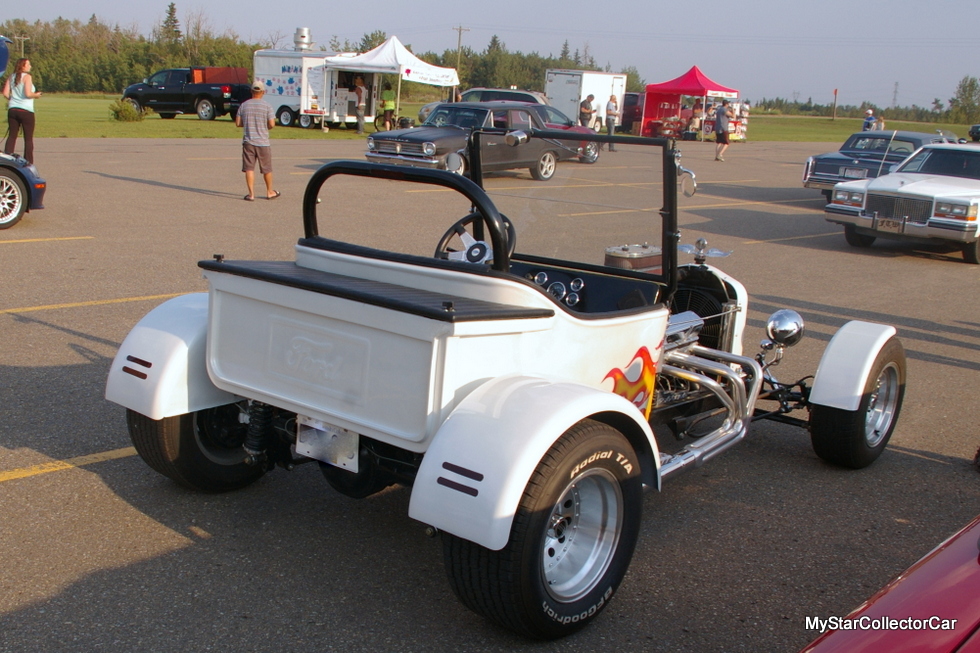 The early Model T performance concepts were not lost on the post-war car guys and the first custom T-Bucket was reputed to be one built by legendary hot rod builder Norm Grabowski in the early 50s. His T-bucket had a big horsepower advantage because he used a Cadillac overhead valve V-8 engine to power his ride.

Grabowski ignited the fuse on the T–bucket craze and the custom rides are still built with his basic concept as a blueprint. Ed Deering never mentioned whether he was influenced by the late Norm Grabowski, but Ed’s Model T suggests Grabowski’s game plan about a cool way to build a custom T was not lost on Ed. 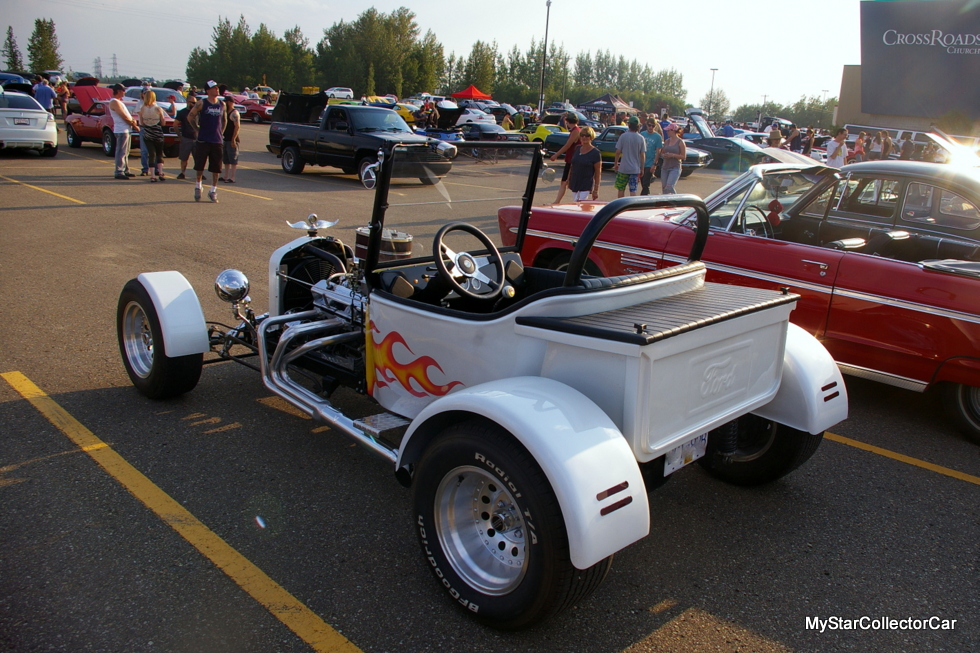 Ed’s Model T is a fiberglass body based on the 1923 Model T platform after some custom alterations to make it look the part for a T-bucket project. Ed’s car was “on the back-burner” according to him and Ed finally decided it was time to put the car on the front-burner, so to speak. He was able to finish his T-bucket in a year once the project became his new full time job after he retired from his former full time job. 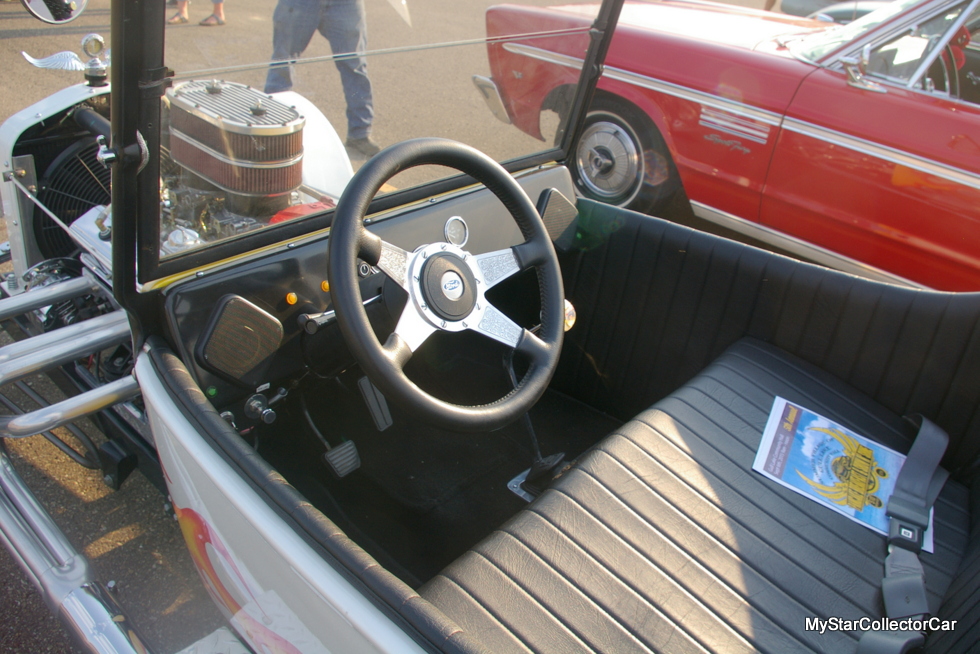 Ed bought a Chevy 350 from Quick Times Magazine guru Don MacGowan that was used in a boat and custom-built by a local hot rod engine shop. The stylish engine also “has two air filters because it has two carbs” according to Ed’s practical observation. 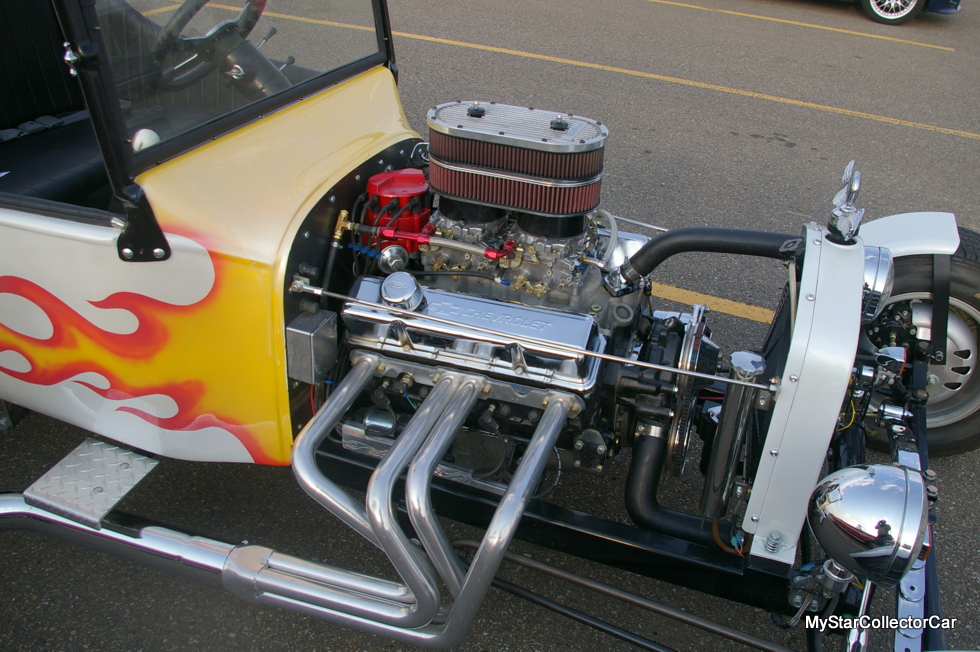 The front brakes are discs because this T-bucket can get up and go in an instant so Ed also wants it to slow down in a hurry when necessary on the road. There is no question Ed is a true hot-rodder because he was able to fabricate the backing plates for his brakes out of ten dollar Teflon frying pans. 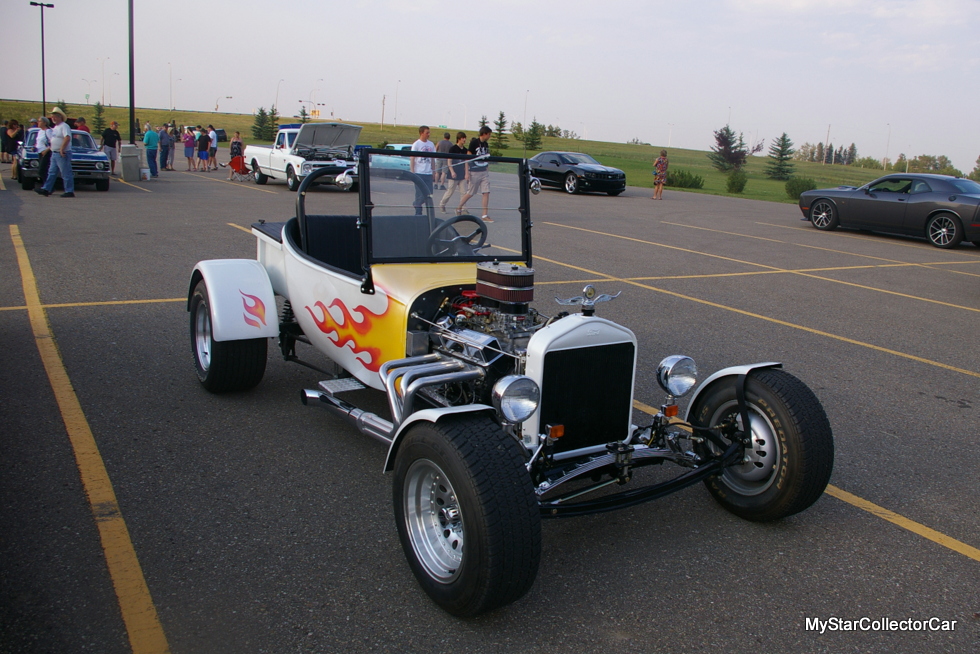 The T-bucket’s metal fenders are also custom built for the car and the radiator housing is an original Ford steel unit. Ed is a talented guy and was able to custom-build a frame that could handle the extra Chevy horsepower for his T-bucket. Ed continued his old school car guy hands-on approach to his T-bucket when he painted the car.

The entire project was done at a reasonable cost because Ed brought so many skills to the table and saved a lot of money on his labor budget.

‘Now he is able to reap the rewards of his efforts and enjoy time behind the wheel of a popular style of hot rod made famous many decades ago by early pioneers in the hot rod hobby.’